In light of Robin William’s recent suicide and the upsurge in discussion regarding mental illness, I wanted to write a post about my experience with depression and how I’ve managed it. I hope that someone reads this and is able to start healing. This is sort of long, rambling post, but it’s still difficult for me to talk about. I’m posting a recipe tomorrow, so don’t worry, this isn’t the only post for this week.

I struggled with depression throughout high school, but it got much worse after I started university. I’m not sure if it was due to the extra stress involved with university, or some family issues that were happening at that time, but it was terrible for my first two years of my bachelor’s degree. In high school I had symptoms of depression, but not clinical or deep depression, which is what I was diagnosed with a couple of years ago. So, for example, I struggled to fall asleep, but also to get out of bed in the mornings. That continuous lack of sleep resulted in deeper and deeper depression. I don’t know if I ever seemed depressed from the outside. I don’t think I did. It’s pretty easy to fake when you’re around other people; it hits when bad thoughts can take over.

When I sunk into a deep depression, I was working three jobs, volunteering, and taking a full course load (five classes), as well as taking classes at the local art gallery. It was running me ragged and trying to do it with virtually no sleep and on a crap diet. I was eating a lot of sugary foods and empty carbohydrates. I was also on birth control at that time and had been for six years. I believe that being on birth control throughout puberty contributed to this illness.

At my worst, my symptoms included sleeplessness, anxiety and panic attacks two or three times a week, suicidal thoughts, hallucinations, no sex drive whatsoever, constant migraines, and body aches. I was 19-20 during this time. The hallucinations weren’t really scary ones. They kind of seem funny now that I am a lot better – I thought a cat was following me everywhere, and every time I drove I thought that the glass in my windows disappeared. I was constantly looking over my shoulder for this creepy cat and had to touch the windows in my vehicle multiple times while driving to make sure they were still there. I had to stop driving for about a month not only because I was hallucinating while driving, but also because I was the most suicidal when I was driving.

It took a long time to actually talk to someone about my mental illness. I was scared, because there is a history of bipolar in my family, and I was worried that I would be diagnosed with that. I had talked to my partner a little bit about it, but I think it just frightened him more than anything because he has family members with severe mental illnesses. He was supportive to the extent that he could be but didn’t really know what to do to help. He was the person who got me off birth control pills.

On that note, I want to talk a little bit about being in a relationship when one of the people is depressed. It’s hard. It’s difficult to love someone else when you don’t love, or even like, yourself. I thought I was worthless and couldn’t understand why someone else would want to be with me. I think it’s critical to understand that, even as a depressed person, even if you don’t believe it right now you have so much worth. You can get better, you can be happy.

My mom is a nurse, and eventually I told her what was happening. She was sort of surprised because I really hadn’t talked about it even though it had been going on for a long time at that point. She kind of sprang into action and got me talking to a counsellor, made me an appointment with the family doctor, and starting looking into antidepressants.

Talking to the university counsellor helped, but it definitely wasn’t enough for me. I think that if you have “light” depression, and if you aren’t suicidal, talking to one would be very helpful. My doctor wasn’t really incredibly helpful (I’ve stopped seeing him now), but explained to me how people become clinically depressed. Apparently, we have regular ups and downs, and depression hits when we can’t recover from those low periods as quickly. Over time we end up staying in the lows and they get deeper and deeper. Hallucinations and suicidal tendencies are the lowest of the low. It’s an issue of brain connections not working properly for various reasons. I want to stress that if you’re depressed, it’s not your fault. You just have a different brain. Many depressed people are the most creative.

After researching here in Canada and talking to my grandmother in Germany and a doctor friend of hers, I decided to try St. John’s Wort. Significant research has been done on it in Germany and it’s often prescribed as an antidepressant there. It can be purchased over the counter here and in the US as an herbal supplement. Mine says that it helps to relieve nervous tension and insomnia. The only brand that has worked for me, though, is Jamieson.

If you’re struggling with depression and feel like it’s time to start getting better, I want to emphasize talking to people first. Talk to any support group you may have – friends, family, a partner, your doctor. Should you decide to start taking any medication, even herbal supplements like St. John’s Wort, please discuss it with your doctor first. It does have some side effects, which you can read a bit about here. I haven’t experienced any negative side effects. They can be severe though, so please make sure you’re talking to someone before starting with this or any medication. If you’re on hormonal birth control, you can’t take it, as it will make your contraceptive less effective. I switched to a non-hormonal birth control, a copper IUD, about a year and a half ago. It was a fight to get it because I’m unmarried and don’t have children, but eventually I got it and it’s been great. In my opinion, hormonal birth control is essentially unhealthy (but contraceptives are very important!).

When I started fighting my depression, I took several steps to change my lifestyle:

1. I started taking medication, as discussed above, but that’s really not enough if you’re dealing with severe depression. I don’t think that I could go without taking it, and it’s definitely the most important thing I use against being sick, but it’s not the only tool in this arsenal. I started to feel much better about two weeks in, but it’s different for everyone. Along with St. John’s Wort, I also take a B100 vitamin and flax seed oil pills.

2. I also started exercising for at least half an hour every day, whereas before I had been sporadic in working out.

3. I started eating healthier food and making sure that I tried to eat enough, as I had very little appetite. This blog is kind of a result of that trying to eat better, and creating recipes that would allow me to do so. Food is integral to this process.

4. I talked to some people about what was happening. I really only told my friends after I started to feel better, but that’s important too.

5. I embraced hobbies that I hadn’t felt like I could take time for, and became involved in my community. This helped me feel a lot more fulfilled.

There’s been a lot of talk floating around the internet regarding suicide, and how people think that suicide is a selfish act. It isn’t. The only reason I didn’t kill myself was because of my family, my partner, and friends. I knew that they would be devastated. However, that starts to wear down over time. After a while, I didn’t think anyone would care if I died. The people who are calling people who commit suicide selfish are assholes, and they need to educate themselves. We really just need more education about mental illness in general.

I still sometimes feel ashamed about being a person with a mental illness. Clinical depression isn’t something that goes away. It will always be a part of my life, and even if I am happy now, I know that if I slack off I will become depressed again. I’d rather work at it for the rest of my life than not have a life. It’s sort of like being in remission, except that you can control it to some extent. I am happy. I’m doing really well. I’m in a wonderful relationship, have a handful of awesome friends, and strong support from some family members.

No one should feel bad about being mentally ill. If you’re depressed, talk to people about it. If they’re dicks about it, drop them. You don’t need them in your life. The people who are supportive are the ones you should surround yourself with. I hope that more people decide to talk and to write about mental illness, and that it can become something that’s okay to discuss. You have support. You can get better. 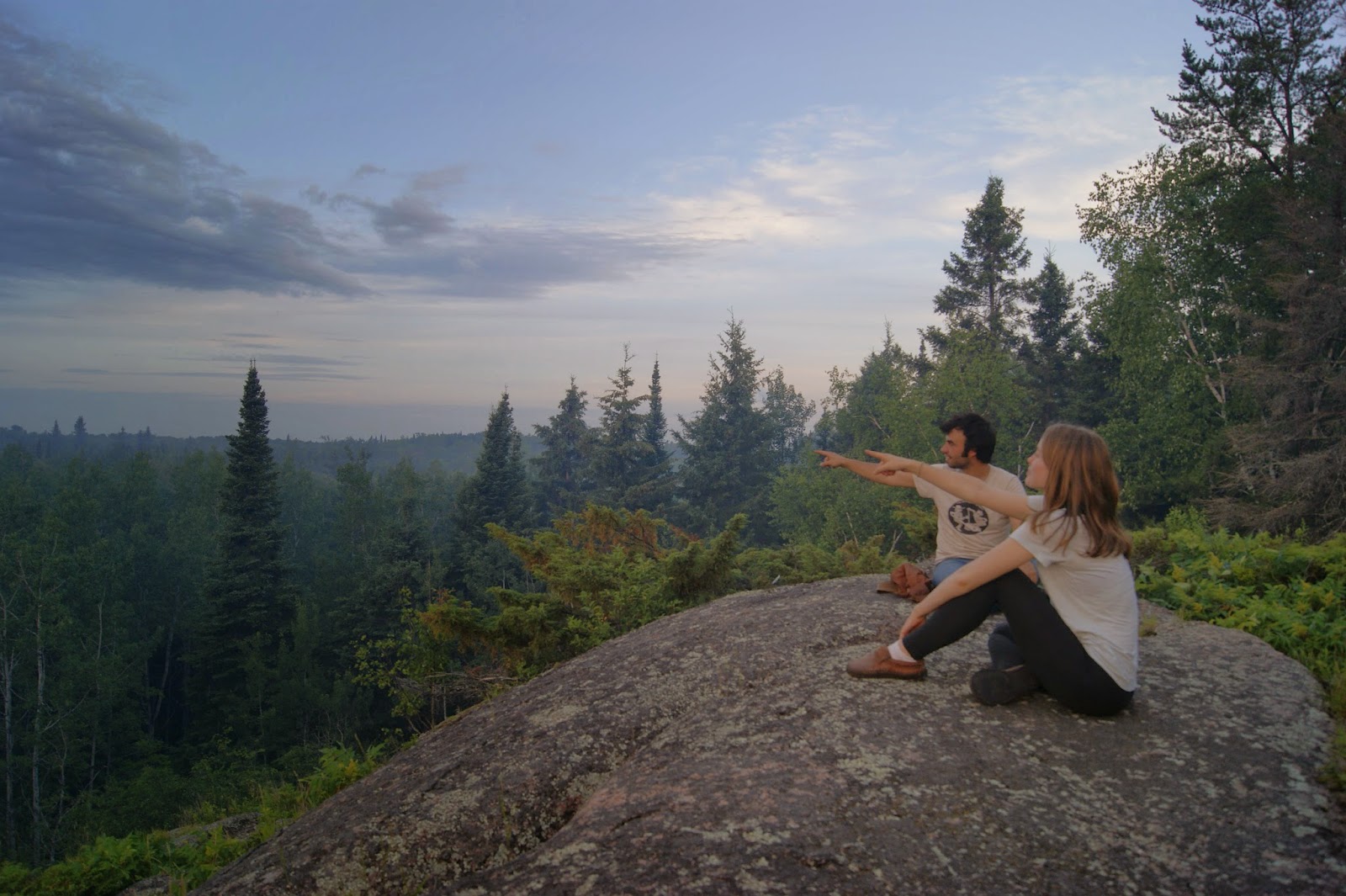