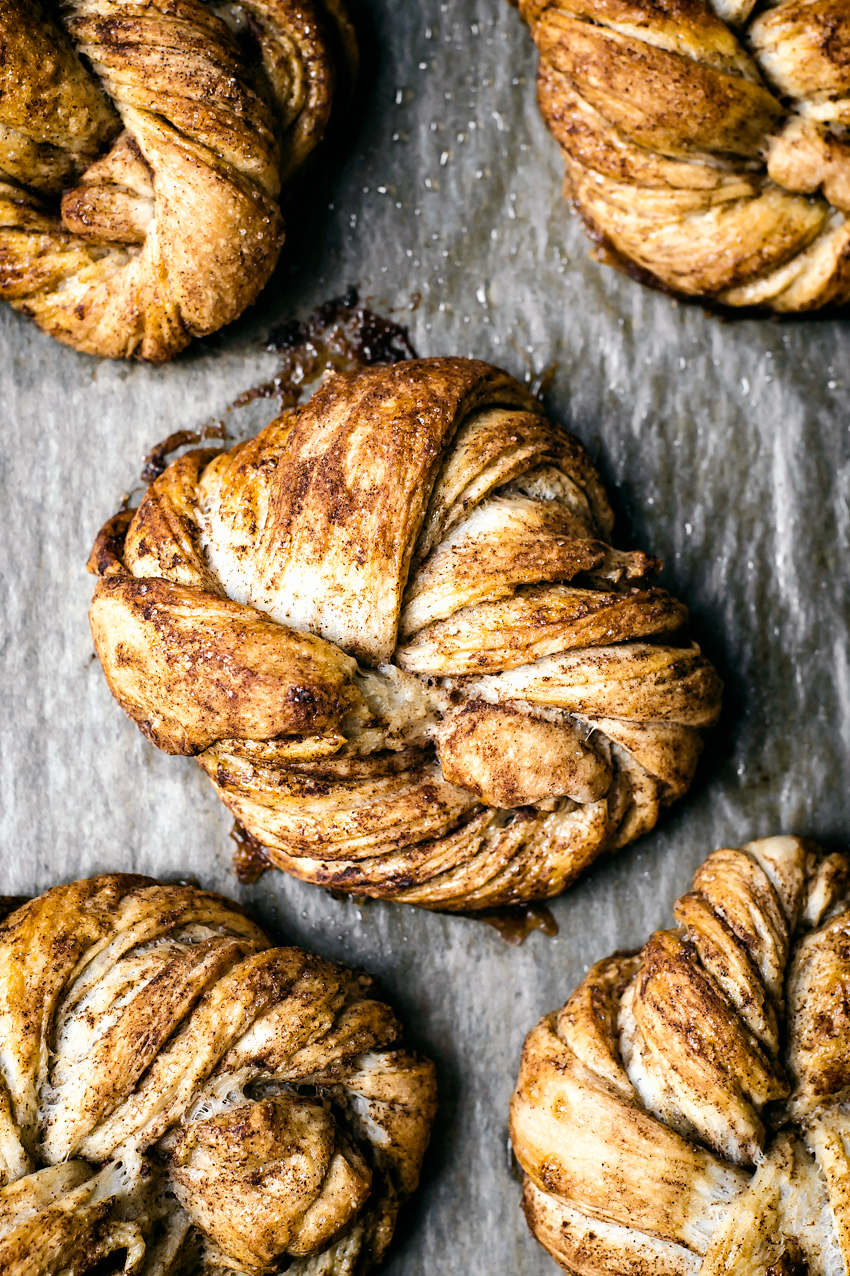 A healthier, vegan version of Swedish cinnamon or cardamom rolls - folded, twisted, & knotted to create a beautiful layered bun. These are made with spelt flour, coconut oil, and coconut sugar.

* You can also use one cube of fresh yeast here in place of the dry.
** Normal wheat flour will work well here but I wouldn't try using all whole spelt as it makes them too heavy. If they need to be whole grain then go for sprouted spelt instead, but they won't be as light.

Tips:
• This makes a pretty big batch, with a dozen large buns, but the recipe can be cut in half if you need a smaller amount.
• A perfect place for the dough to rise for the first time is in the oven with the light on. It can rise somewhere cooler but will need more time in that case. For the second rise, once the buns are formed, let them rise at room temperature to prevent the filling from melting.
• To make the buns in a stand mixer, follow the directions as listed but don't turn the dough out to knead it. Use the dough hook and add flour 1/2 cup at a time, kneading as you go, until a smooth dough forms.
• Depending on how much you like cardamom, you can use more or less here. If you're a big fan, try switching the amounts of cinnamon and cardamom in the filling.