Hi! I’m Alexandra, and this blog is where I post my healthy vegetarian recipes. All of my recipes are free of dairy, refined sugars, and any meat products. Many are gluten free and most are vegan. You can find an index of all my recipes here.

I started to focus on eating healthy vegetarian foods a few years ago when I began recovering from severe depression and an anxiety disorder, and it’s had a major impact on how I feel. Eating well makes a noticeable difference in reducing my feelings of depression and anxiety, along with daily exercise and some medications – my journey has been all about balance. Better health and happiness is happening on a day-to-day basis now!

More recently, starting at the beginning of 2017, I also cut dairy entirely out of my diet, and out of the recipes I share. I finally identified it as the reason behind lifelong problems with eczema and digestive issues. I still occasionally eat eggs, but less often than I used to as I’ve shifted to a more plant based diet. Cutting dairy completely out of my diet along with other refined foods has had a huge impact on both my mental and physical health. My eczema has largely disappeared, I no longer have bloating or inflammation, and I was able to stop taking anti-anxiety medication and haven’t had further symptoms of anxiety (for the first time in almost 20 years). I still take anti-depressants, usually depending on the time of year.

I’m currently living in the Netherlands, where I moved with my partner in January 2019. I was born in Toronto, Ontario, and then lived in southern Ontario until I was eight, when we moved to rural Manitoba (Canada). I finished high school and my bachelor’s degree in Manitoba, and lived there for a couple of years after university before moving to Germany in 2016, and then on to the Netherlands.

Gardening and local food are both important to me, so you’ll see plenty of seasonally based recipes here. I use 100% organic produce for several reasons, partly due to my studies in university regarding organic farming and horticulture.

I don’t have any formal training in cooking or photography, but have read plenty of articles on photography! I did work as a graphic designer as one of my jobs for a couple of years in university. I use a Nikon D750 for my pictures as of winter 2019 (previously a D7000) and edit primarily using lightroom, and sometimes photoshop. My main lenses are a 50mm and 100mm macro.

I have a bachelor in anthropology, where I studied people growing local food, and the people eating it. I learned how to cook in my mother’s kitchen growing up. I started out just watching, and began cooking and baking when I was around eight years old. I am also a certified yoga teacher and have been teaching since 2015 and practicing for over 15 years.

I can be contacted at alexandra[at]occasionallyeggs[dot]com, or you can write a quick note here. 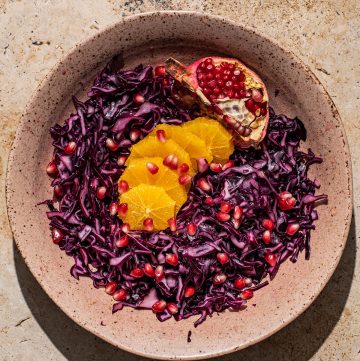