November 20, 2017 by Alexandra Daum
Roasted new potatoes and brussels sprouts, mixed with pomegranate, roasted garlic, and lots of spices, make for a beautiful holiday side dish.
Jump to Recipe 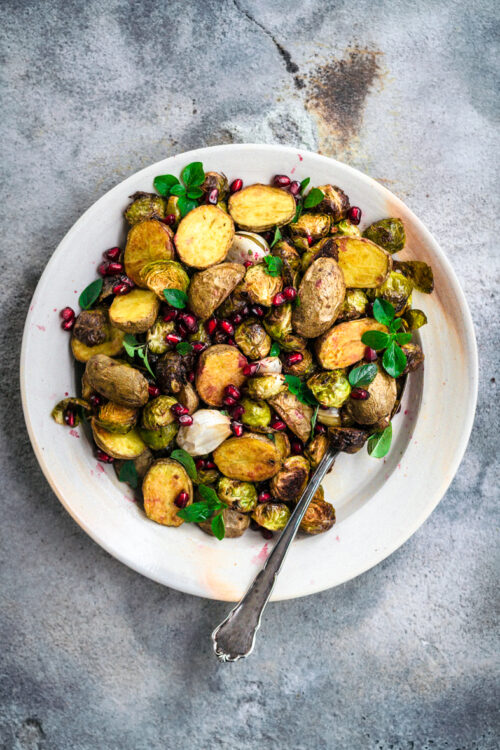 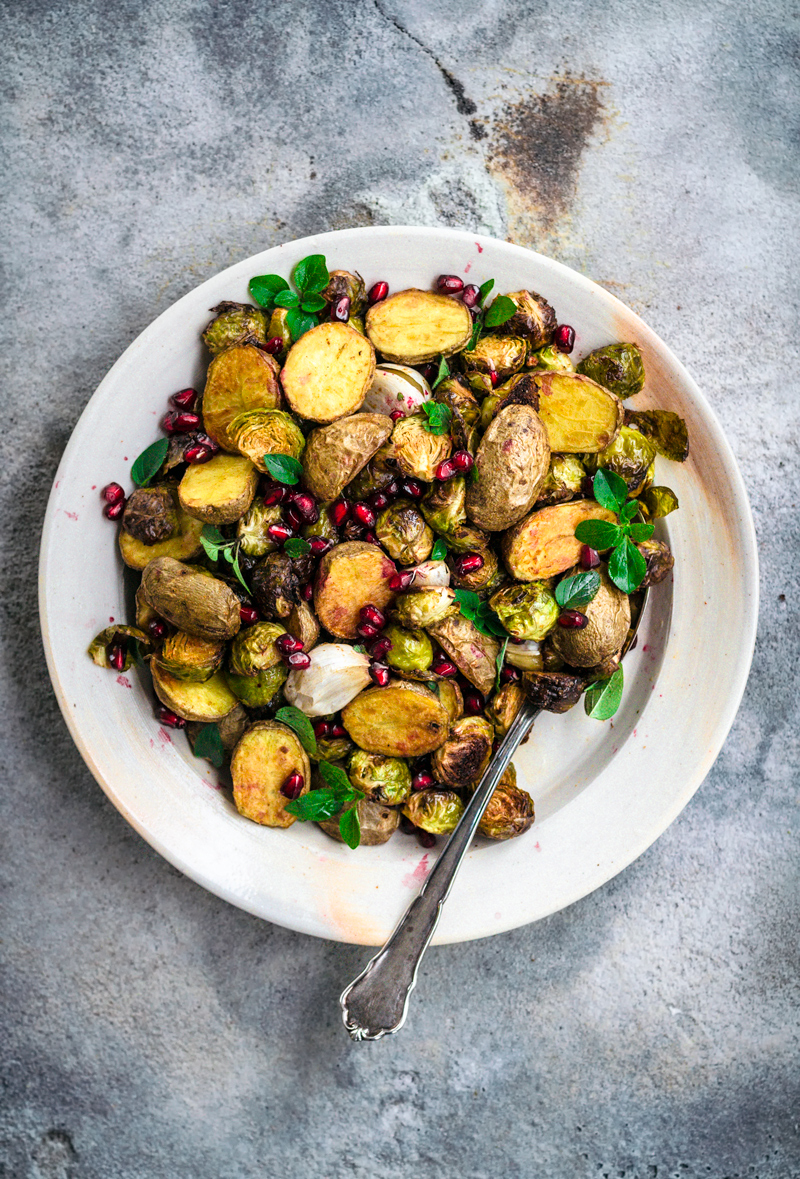 I have a secret to share with you. Before this, I’d never tried brussels sprouts. I always told my mom they looked like alien brains (they do) and refused to eat them, right up into my early 20s. She loves them and always makes them for Canadian thanksgiving and Christmas, and I thought it was time I finally gave them a try.

In the past couple of years I’ve started to like a lot of other foods I hated growing up, like mushrooms and cabbage, which are both diet staples now. I cook them a bit differently than my mom does but I know she reads this so I’m not going to say they’re better, hah. I don’t see brussels sprouts becoming a staple only because they’re a bit pricey, but I’ll definitely enjoy them over the holiday season from now on.

Roasting instead of steaming is the way to go for just about any vegetable, brussels sprouts included. They have a surprising texture when roasted, sort of pleasantly meaty, and not at all what I was expecting. Combining them with potatoes, lots of spices, and little hits of pomegranate makes for a delicious side dish (I see you, American thanksgiving) but you could throw some chickpeas in with everything else to roast up or serve this with an egg or two for a full meal.

Make sure you don’t leave the garlic out! Those little cloves of roasted garlic is perhaps my favourite thing about this dish. It looks quite festive if you want to have it over the holidays with the red, green, and gold. The potatoes are the gold bit, obviously. Just double or triple the recipe if you’re serving a crowd. The spices make it seem like a more complicated recipe than it is, but I promise it’s very simple to make.

Because I hadn’t made brussels sprouts before, I stood at the sink for a solid half hour peeling the outer leaves and then cutting the bases off – my mom laughed her butt off when I told her. She says that you just have to cut the bases off each tiny cabbage and the gnarly outer leaves will just fall right off. Thanks mama! Choose the greenest sprouts you can find.

Keep an eye out later this week for my FOURTH annual birthday cake! I started this blog just before turning 23, so this year is number 4, and it’s a real doozy. I’m testing today and shooting later this week – birthday week means cake all week! 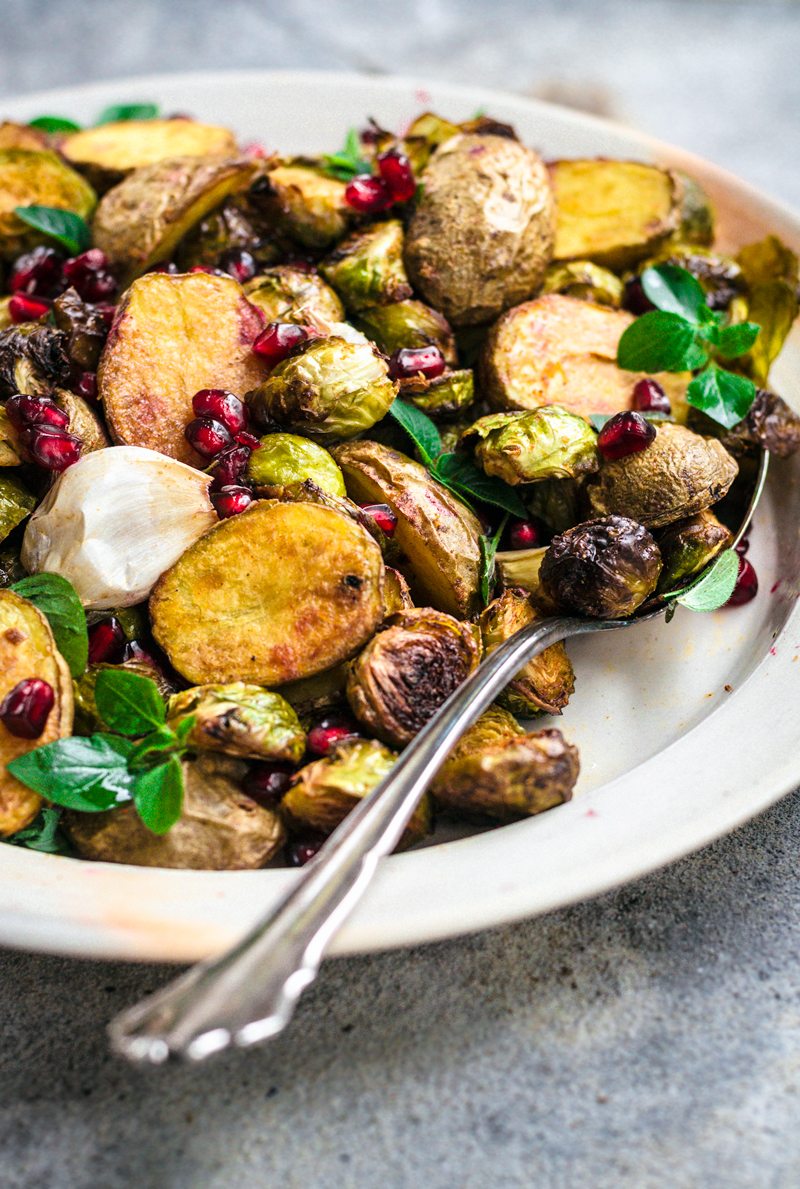