The Best Simple Substitutes for Thyme 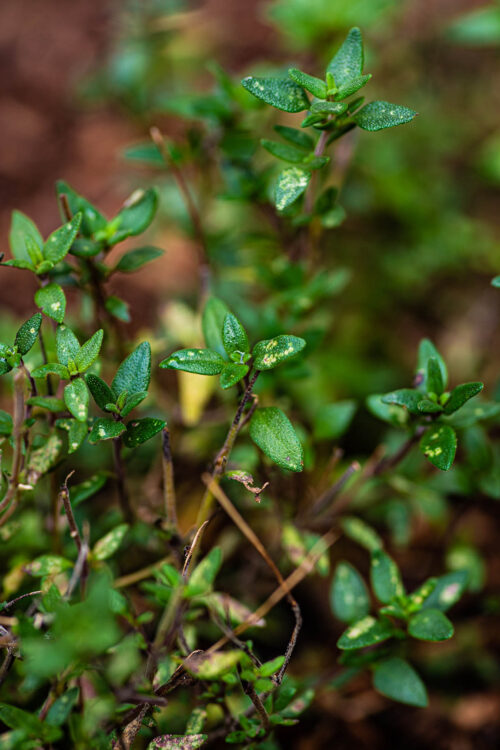 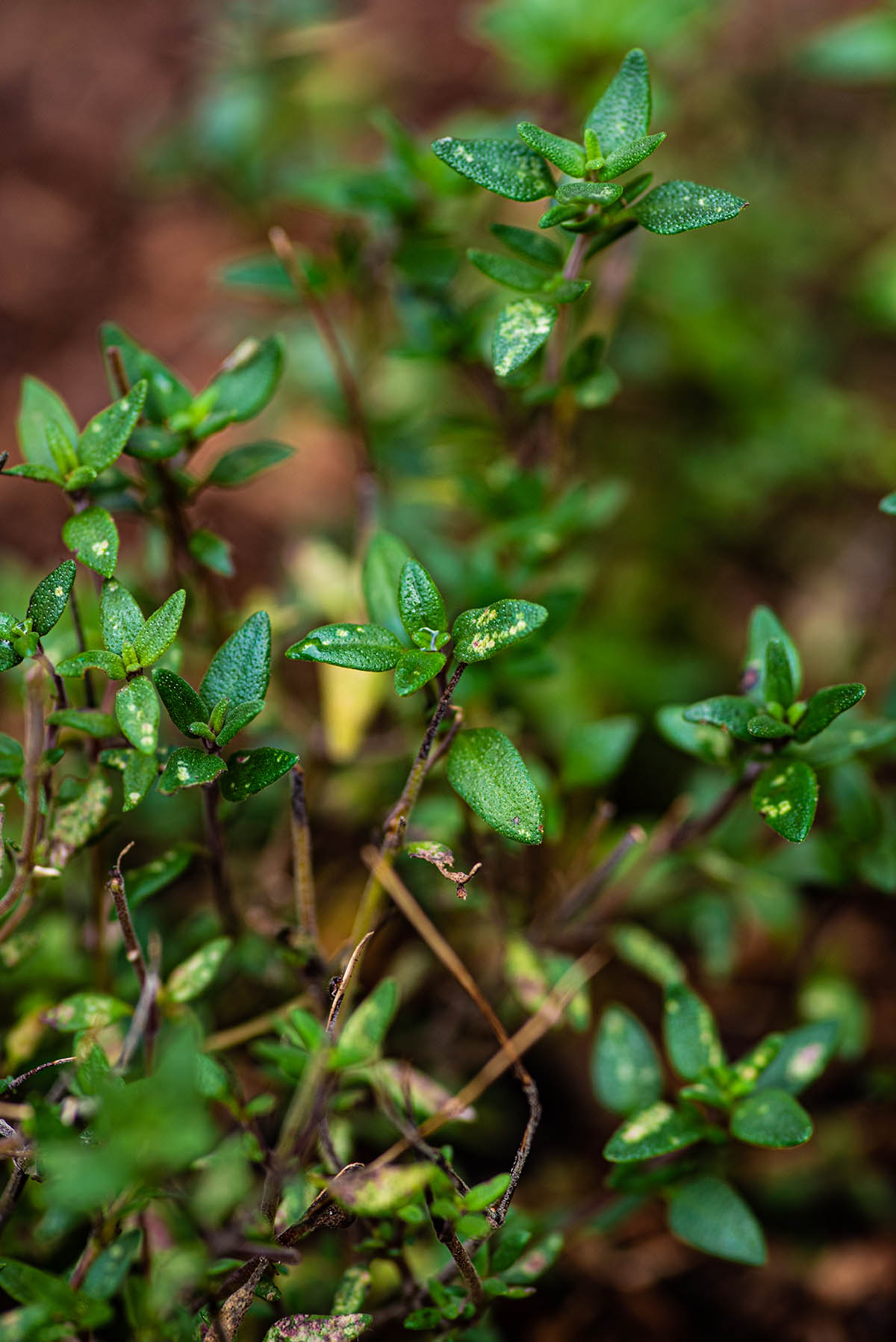 Thyme is one of the easiest herbs to grow, both indoors and out – but here are the best substitutes for thyme when you don’t have it on hand!

I grow a lot of herbs in my garden, and thyme is a big one. It grows easily, especially in my sandy, well draining soil, and does well in pots. Thyme also dries really well and it’s almost as good dried as fresh (almost) so I encourage you to grow some if you have outdoor space or a sunny window!

It also features in a lot of the recipes here at OE – it’s a major flavour note in this lentil potato stew and adds depth to vegan marinara, but it’s just as good with roasted vegetables and can be added to anything tomato based.

Thyme is used in a lot of recipes and kinds of cuisine, from Indian to Italian. It’s hugely popular and often readily available, but what can you use when you don’t have it? These are my top six substitutes for thyme in cooking.

Fresh or dried, oregano makes a great thyme substitute. The flavours are very similar, both being in the mint family, and it’s an almost imperceptible switch. You can use oregano for thyme in virtually any recipe, no matter what type of cuisine it is.

Marjoram is very similar to oregano, and in turn, also very close to thyme, so it’s another excellent 1:1 substitute. It’s good both dried and fresh as well. It’s slightly milder than oregano and the two are often used synonymously.

Rosemary is a woody herb – thyme can be considered woody, but only when it’s more mature. For both, only use the leaves (unless it’s being used in vegetable broth or otherwise steeping). Rosemary is slightly stronger in flavour so you’ll want to use a bit less of it.

Like oregano and marjoram, rosemary is part of the same family (Lamiaceae) as thyme, so it does have similar flavour notes. It’s particularly nice in broth-based soups, like this cauliflower potato soup, but not great in tomato dishes.

Savoury (savory) is often called summer savoury because that’s more commonly grown than the winter perennial version, but both can be used interchangeably with thyme. It has a pleasant peppery flavour.

Out of all the herbs on this list, basil in the biggest stretch, but it can be an excellent thyme substitute in some circumstances! Dried basil is useless and shouldn’t be used, but fresh can take the place of thyme in any tomato based or Mediterranean dishes, like this chickpea quinoa salad.

Herbs de Provence is a dried spice blend. Thyme is usually near the top of the ingredient list, so this is kind of a substitute, but kind of not. It usually also includes most of the other herbs on this list, and occasionally lavender.

Sub this in recipes like the lentil and potato stew or roasted vegetable pie, but not in more Italian or Mediterranean recipes – stick to French or Northern European for this one.

Let’s connect! If you liked this post, make sure to leave a comment below, I love hearing from you! Tag me on instagram @occasionallyeggs and #occasionallyeggs so I can see what you’re making, and stay in touch via email, facebook, and pinterest.