December 14, 2017 by Alexandra Daum
Vegan orange shortbread with all the winter spices. These shortbread cutouts are made with spelt flour and coconut sugar for a healthier Christmas cookie.
Jump to Recipe 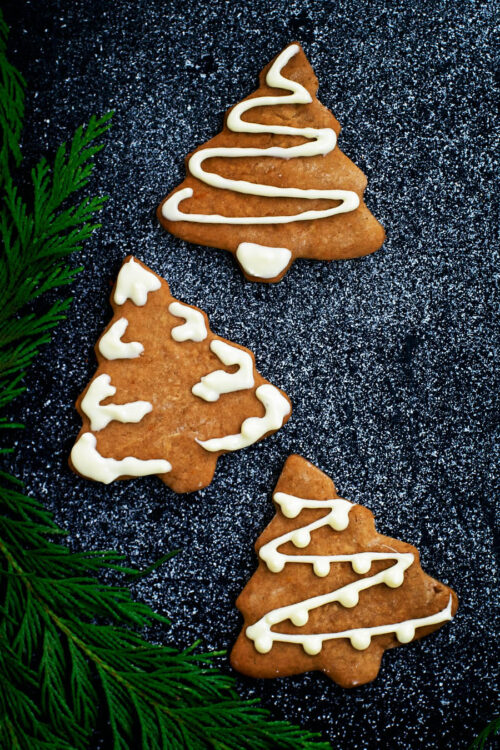 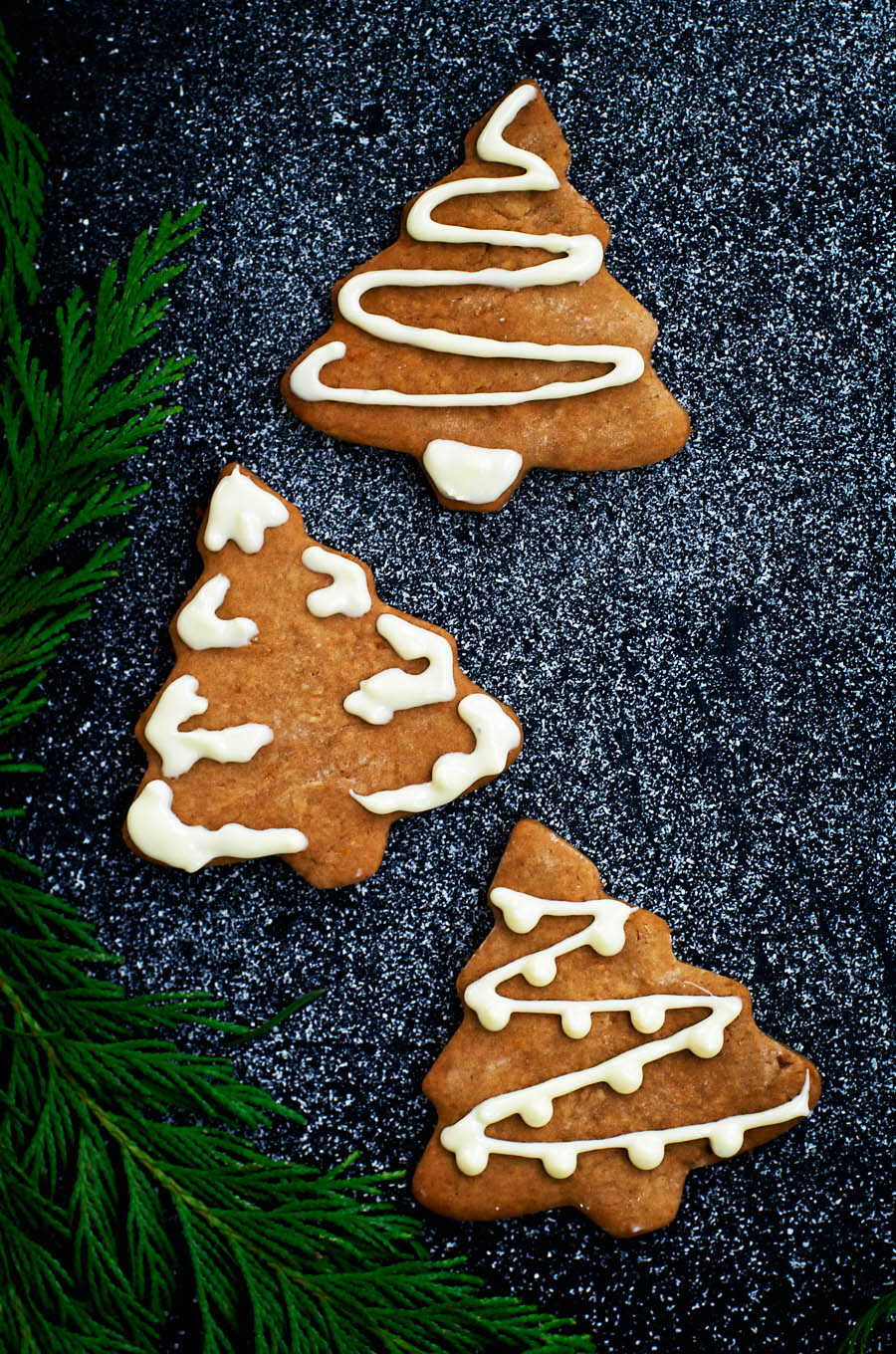 These vegan orange shortbread cookies are perfect for the holidays, with a lovely flavour from the orange and spices. Made with coconut oil, spelt flour, and coconut sugar, they’re a delicious wintery cookie that’s just right for the cookie jar.

This recipe is adapted from my friend Traci’s vegan dark chocolate shortbread cookies which were an absolute revelation for me. It ended up being a rather loose adaptation as I was going for a different flavour profile, but the method is straight from Vanilla and Bean.

The really big difference with these cookies compared to others is that there’s a significant amount of liquid (orange juice in this case), more than you think they’ll need, and the dough has a higher moisture content than most. It’ll seem like a mistake, but it isn’t. You refrigerate the dough, much like normal shortbread, and the coconut oil firms everything up. It’s a miracle cookie.

For some more fantastic holiday cookies, try my vegan gingersnaps, coconut sugar cookies (also cutouts!), or for a GF option, this gluten-free gingerbread.

Instead of using icing, I chose melted (vegan) white chocolate, because although I have a healthier icing recipe using coconut butter, it’s a bit pricy. The white chocolate tastes great with these cookies and you could sub dark chocolate if you’d like.

If you’re worried that they’ll be too sticky, don’t be. The method really is amazing and the cookies are so easy to cut and work with. I’ve even freehanded them before and didn’t have any issues at all with ripping or sticking.

A note about chilling the cut-outs before baking – you don’t really need to, as far as I can tell. I’ve included it in the instructions just in case it’s the type of pan I have. I tested several times with freezing and several without and didn’t have any problems at all with spreading. That being said, if you’re concerned then definitely take the step to chill before baking.

I’ve made these as slice and bake cookies before too and that worked, but prefer the thin and snappy version that comes with rolling and cutting shapes.

Make Ahead and Store

Make Ahead: if you want to make the dough ahead of time, make sure you wrap it very well before refrigerating and place it on the counter for half an hour to warm up a bit before trying to roll it out.

Storage: after three days, the cookies become quite soft. Keep them in the refrigerator or freeze them in a well-sealed container to preserve crispiness.

Freezing: the raw dough can be successfully frozen. Freeze in an airtight container, thaw it in the refrigerator, then follow the steps for make ahead when you’re ready to bake.

If you make this Orange Shortbread or any other dairy-free cookie recipes on Occasionally Eggs, please take a moment to rate the recipe and leave a comment below. It’s such a help to others who want to try the recipe. For more OE, follow along on Instagram, Facebook, and Pinterest, purchase the Occasionally Eggs cookbook, or subscribe for new posts via email.

* This was one orange for me. You can use bottled juice but you need orange zest in any case, so it might as well be fresh juice. ** If you use ground nutmeg, increase it to 1/2 teaspoon. *** For ground cardamom, use 1/4 teaspoon.