This kamut and spelt based vegan carrot cake features a light coconut cream frosting and maple roasted pecans, to make it into a layer cake worthy of a birthday. 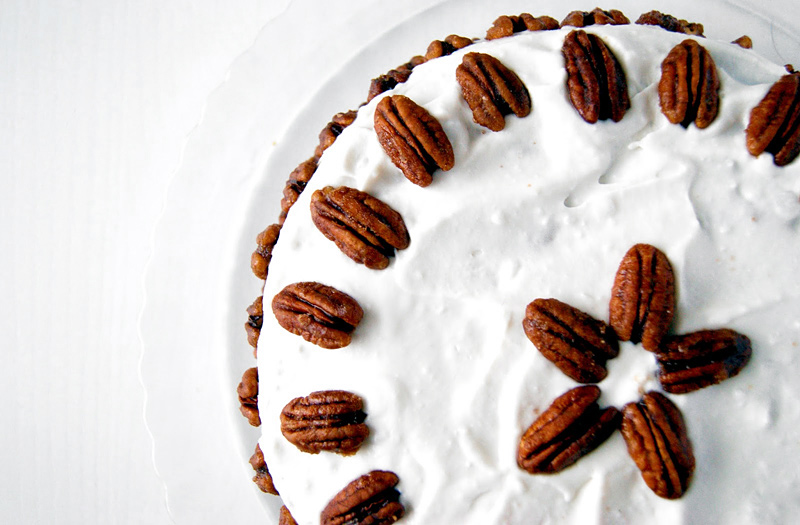 I turn 23 today! To celebrate, we’re having this whole wheat, refined sugar-free, and vegan carrot cake. Sounds pretty granola, I know, but we all love granola.

A normal birthday cake just wouldn’t work for this blog, and no one wants a migraine from eating sugary cake on their birthday (I almost wrote a sugary cake, and then realized that implied that I’d eat the entire cake. Muahaha). 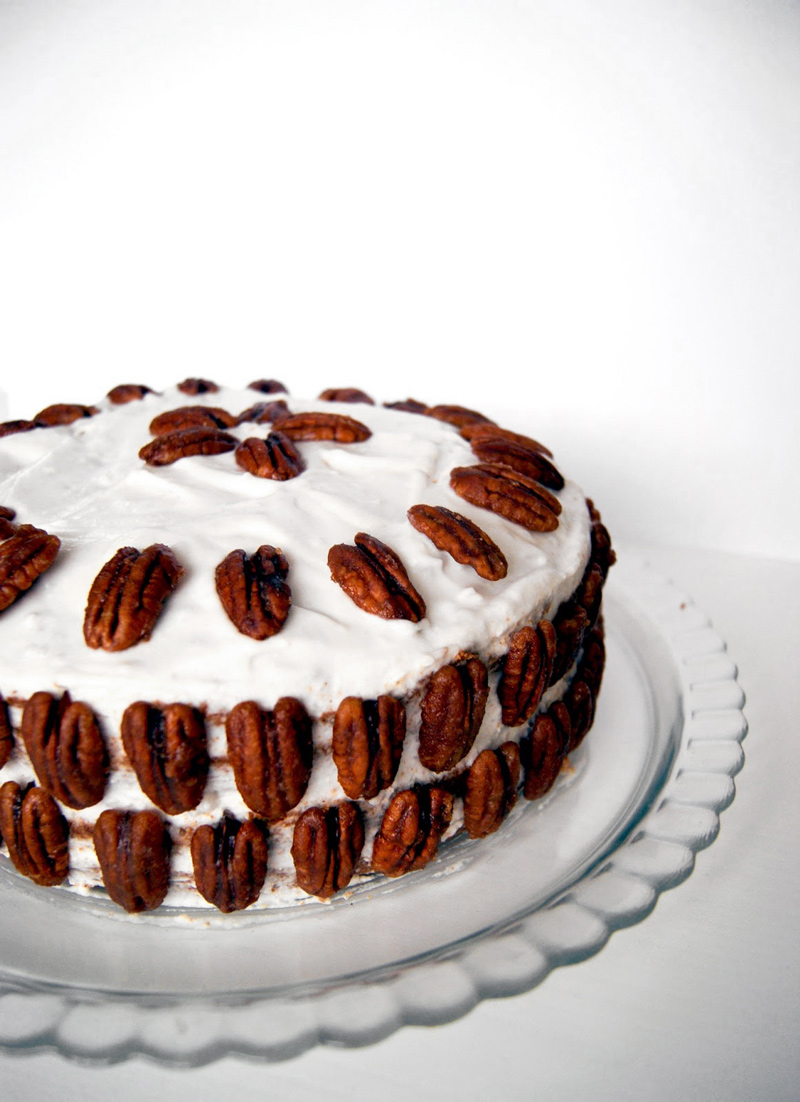 This cake is made with half sifted whole spelt flour and half kamut flour, which is my new favourite thing. I got some to make bread with and ended up making kamut pancakes every day for a week.

It has a really buttery quality that adds depth and richness to cake, which is great, because this healthy carrot cake is very low in added fat. The icing is coconut whipped cream with maple cinnamon roasted pecans. Keep in mind that they coconut milk must be refrigerated overnight.

I just realized that I meant to sprinkle cinnamon on top of the cake, but I like the way it looks without it too. That’s something to keep in mind if you make it.

The pecans make it a million times better, so please include them. If you have a nut allergy, you could maybe do something similar with pepitas and just sprinkle them on the top. 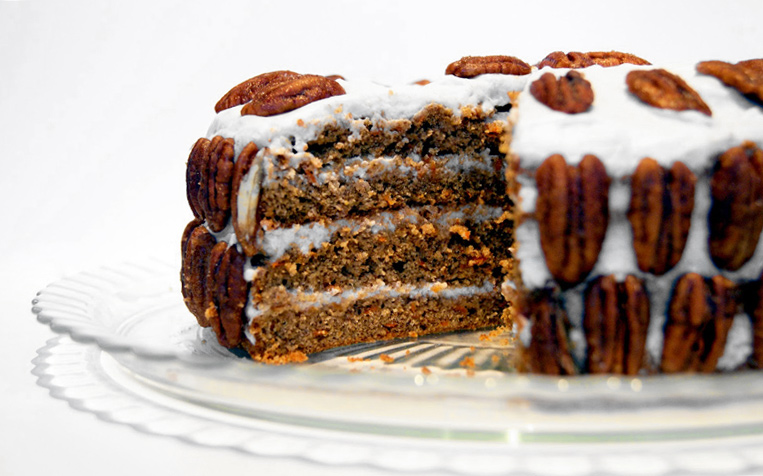 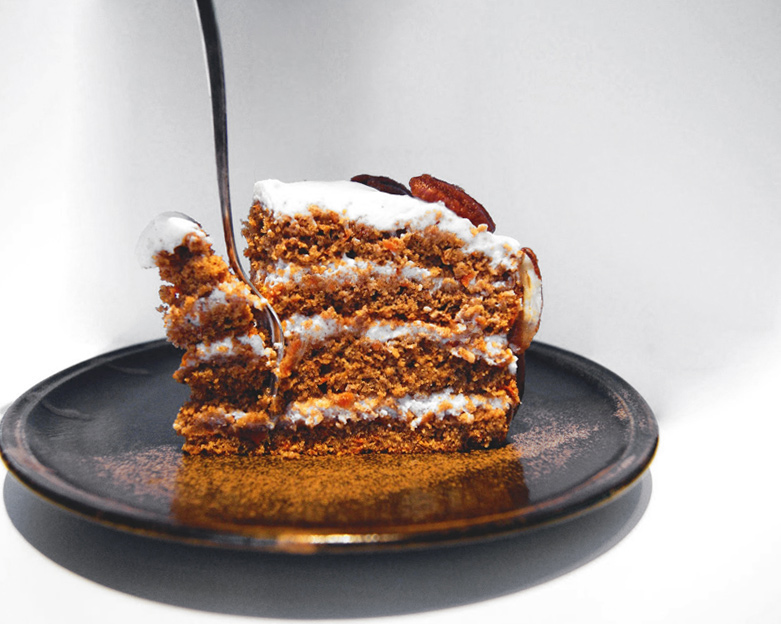