September 3, 2020 by Alexandra Daum
How to make coconut whipped cream, an easy dairy free and vegan alternative to whipped cream. Since coconut milk is shelf stable, this is a good recipe to have on hand! It can be used almost anywhere that you'd normally use whipped cream.﻿
Jump to Recipe 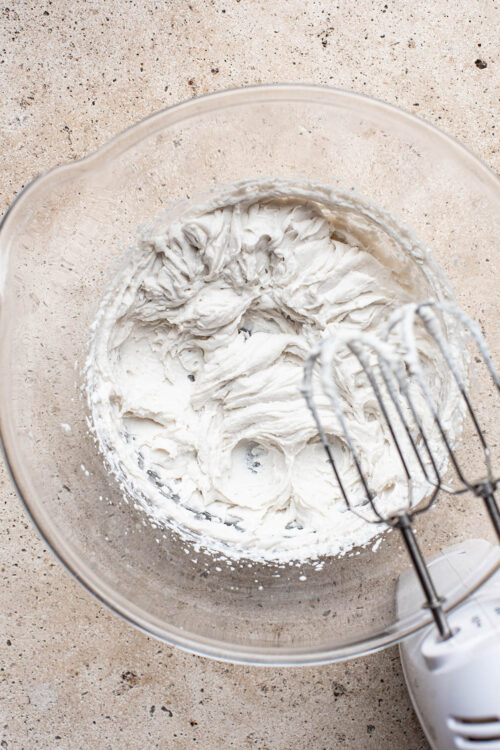 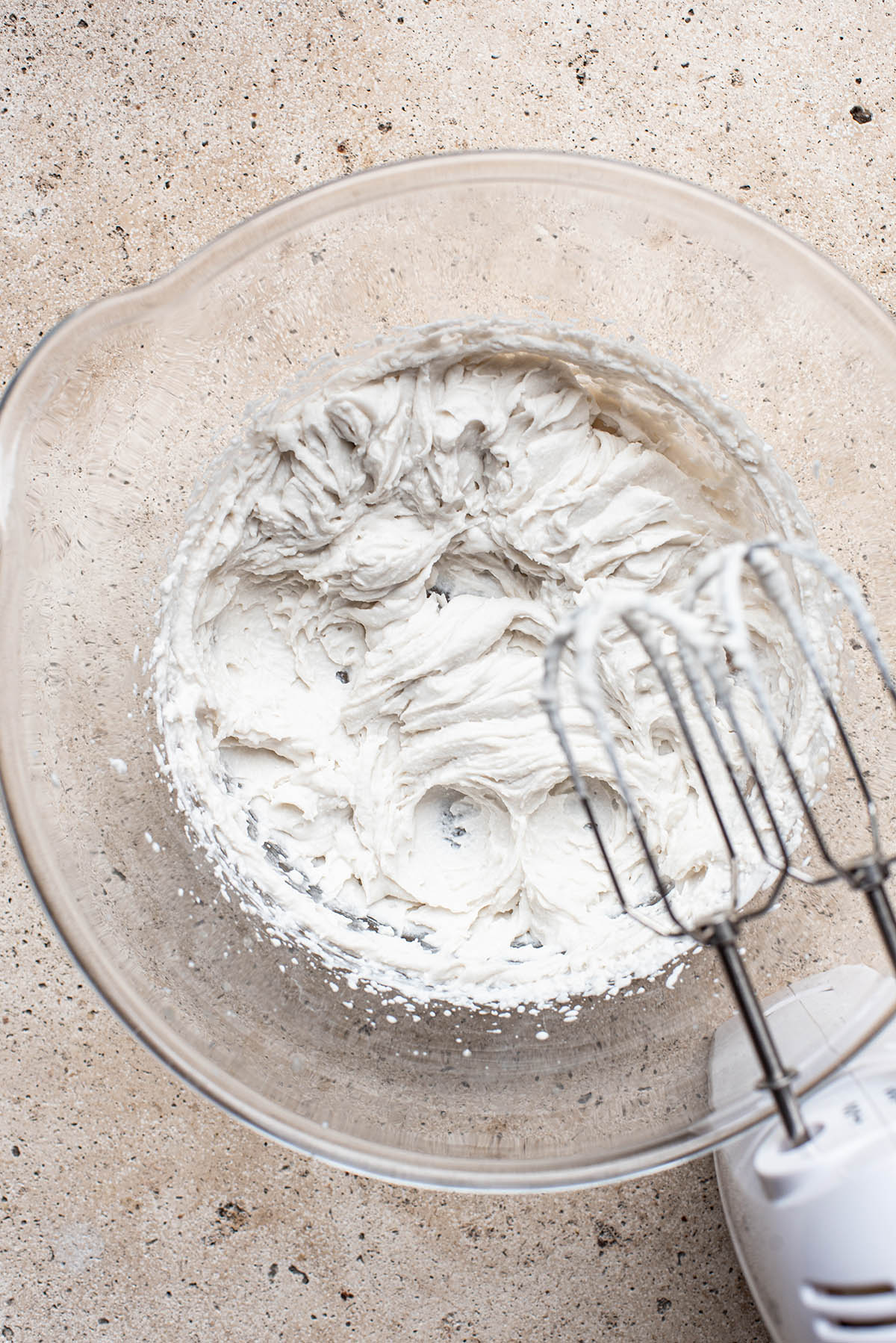 Coconut whipped cream is such a baking and dessert staple in my life that I’m not sure why I haven’t shared a basic recipe for it until now. Several recipes throughout OE shared instructions on how to make it – it tops this chocolate orange tart, sandwiches a giant scone cake, and ices gluten free chocolate cupcakes – and it’s a great staple recipe to know.

Although this is a common addition to desserts in vegan/dairy free baking, it’s also really handy as coconut milk is shelf stable. No need to go out to buy whipped cream when you can pop a can of coconut milk in the fridge instead.

There are a couple of things to keep in mind, which are outlined in greater detail in the recipe notes section. The main point is to check the type of coconut milk you’re buying to make sure it can be whipped. Otherwise this is just as straightforward as any other whipped cream.

If you don’t mind a bit of coconut flavour, there’s no better option for plant based whipped cream. There are a few other good things about making it yourself:

1. Chill the cream: chill overnight and then scoop the separated cream into a large mixing bowl.
2. Whip: add the sweetener and mix on high speed until creamy and fluffy, a couple of minutes.

There’s a lot of junk floating around the internet about exactly what brand or type of coconut milk you need to make whipped cream. And it’s junk! I use different brands all the time and never have any problems.

Look for two things: no additives in the milk, just coconut solids and water, and that when you shake the can you don’t hear it sloshing around everywhere. If the cream and water is separated, it makes little to no noise when shaken. So go around the store shaking cans of milk. It needs to be a minimum of 60% solids to work properly and most brands list that in the ingredients.

As you might see in the ingredient photo, one of my cans of milk is a lot more solid than the other. Both were refrigerated for the same amount of time. This doesn’t really matter, and if anything, the really hard and solid stuff doesn’t whip as nicely. As long as the cream and water is separated you should be fine.

Storage: the whipped cream can be refrigerated in a sealed container, but it will harden slightly when re-chilled.

Freezing: this can’t be frozen once whipped, as it will separate when it thaws. Make coconut milk ice cream instead.

If you make this Coconut Whipped Cream or any other vegetarian staples on Occasionally Eggs, please take a moment to rate the recipe and leave a comment below. It’s such a help to others who want to try the recipe. For more OE, follow along on Instagram, Facebook, and Pinterest, purchase the Occasionally Eggs cookbook, or subscribe for new posts via email.