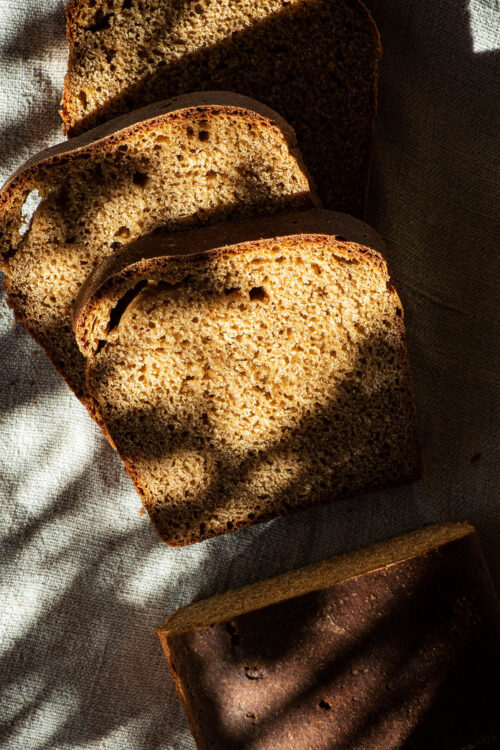 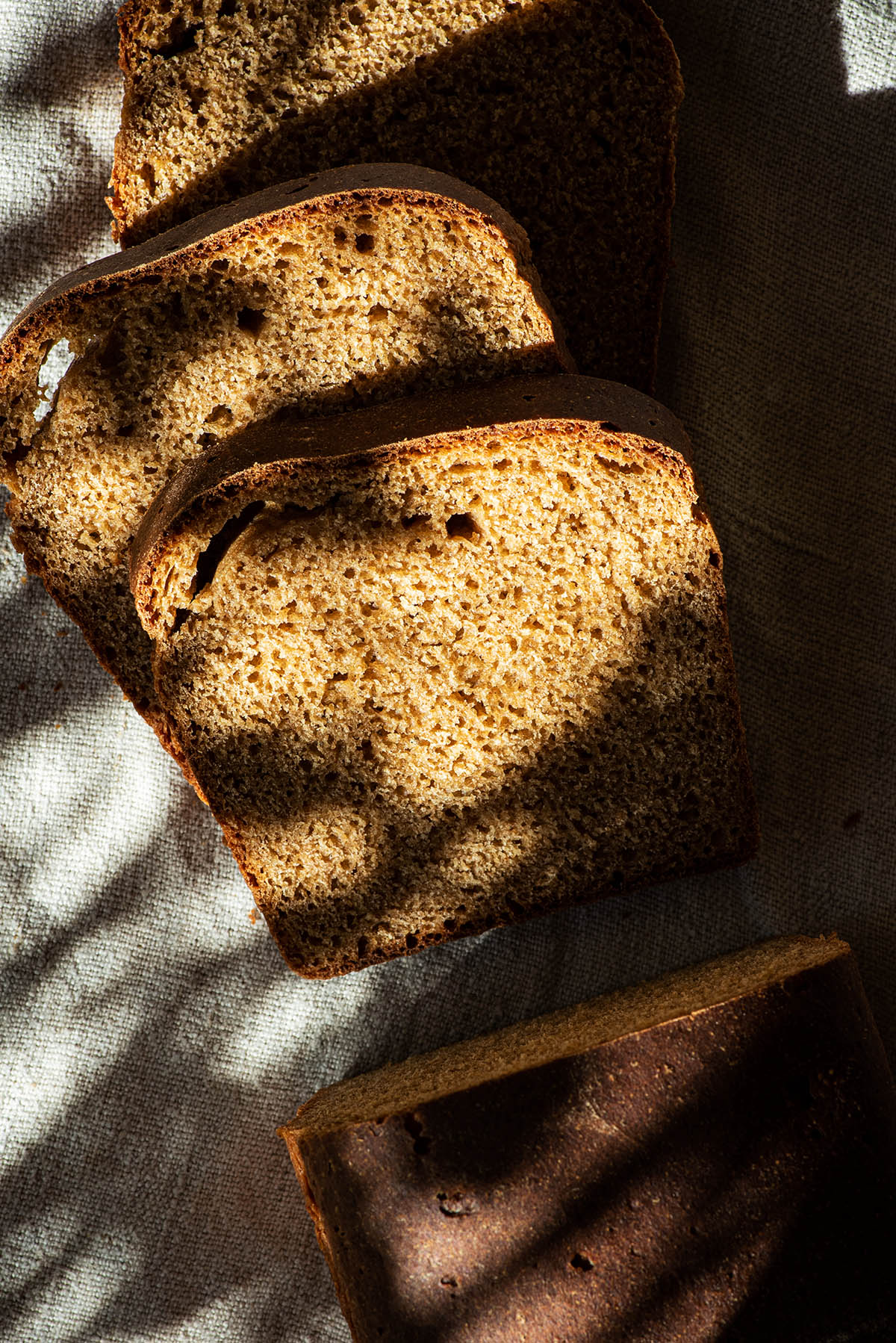 Einkorn is one of the earliest cultivated wheats and what’s referred to as an ancient grain, like spelt, rye, khorasan, and emmer, among others. It was commonly used to make bread in parts of northern Europe for several hundred years, and remains a popular ingredient in German bakeries today.

This is a lower-gluten bread, which has some caveats, so be sure to read through all of the notes and instructions beginning. If you’re used to baking with white flour it’s a rather different process and end result.

The resulting 100% einkorn bread is, of course, delicious and flavourful. The crumb is slightly denser than spelt – more similar to rye bread – and makes a good toast.

This is adapted from my simple spelt bread recipe. All of the bread recipes on OE are made exclusively with ancient grains.

There’s much to be said for baking with alternative flours. They have a great taste on their own with no need for additions like seeds or long ferment times, it’s generally easier to digest, and fun to experiment with.

1. Mix wet ingredients: whisk the yeast, oil, and honey into the water.
2. Add part of the flour: stir in about a third of the flour. This makes it easier to mix.

3. Mix the dough: stir in the remaining flour and the salt to make a shaggy dough.
4. Knead: let the dough rest for a few minutes before kneading into a smooth ball.
5. Rise: place the dough back into the mixing bowl and rise until doubled. (Pictured is slightly over-proved).
6. Shape: press the dough into a rectangle, then roll into a spiral and place in a bread tin.

7. Rise again: set the bread aside to rise again until puffy.
8. Bake: until golden brown, about 40 minutes. This bread is quite dark after baking.

You can probably use a bread machine for this recipe, but I’ve never tried. My only concern would be that the automatic settings would result in a too long kneading time for the lower-gluten flour.

This may be a slightly stickier dough than you’re used to, but resist adding too much more flour. I really recommend using weight measurements for bread baking unless you can go by feel, but even then, note that the dough is a bit sticky even after kneading.

Don’t worry about some slight tearing at the top of the loaf after it rises (pre-bake). Even if you’re an expert shaper, this dough has a tendency to break slightly either during rising or baking.

My dough over-proved slightly as there was a strong sun the day I did the process shots, but the bread still turned out well – just less smooth on the top. My kitchen temperature was about 28°C that day, and the rising time should be reduced by about a quarter when it’s so warm.

You might see a bubble or two near the top of the loaf after baking. This is normal for this type of whole grain bread.

Storage: keep the cool loaf in a sealed container (I use a heavy lidded pot) for the best results. It will keep for 2-3 days at room temperature but, like most yeast breads, is best fresh.

Freezing: this freezes well either in individual slices or the full loaf. Slices can be toasted directly from the freezer but to thaw a whole loaf I recommend wrapping in a tea towel until thawed to avoid soggy bread.

If you make this Einkorn Bread or any other bread recipes on Occasionally Eggs, please take a moment to rate the recipe and leave a comment below. It’s such a help to others who want to try the recipe. For more OE, follow along on Instagram, Facebook, and Pinterest, purchase the Occasionally Eggs cookbook, or subscribe for new posts via email.