January 9, 2018 by Alexandra Daum
A creamy vegan orange coconut smoothie, just right for winter citrus season. With hemp for added protein and a touch of vanilla for an ice cream like flavour.
Jump to Recipe 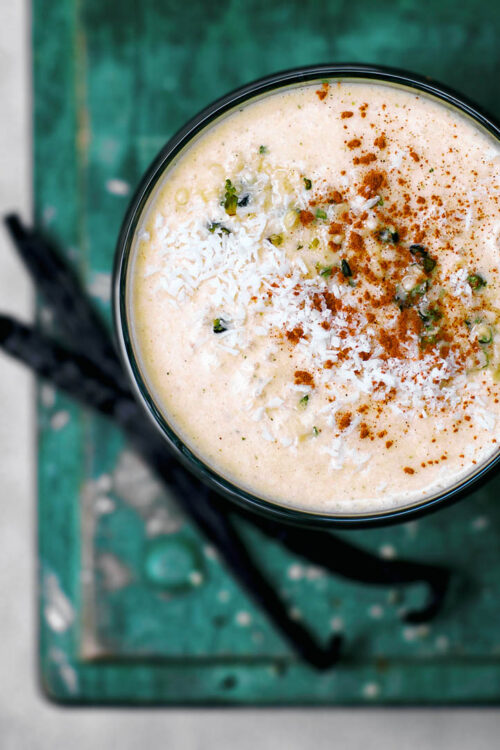 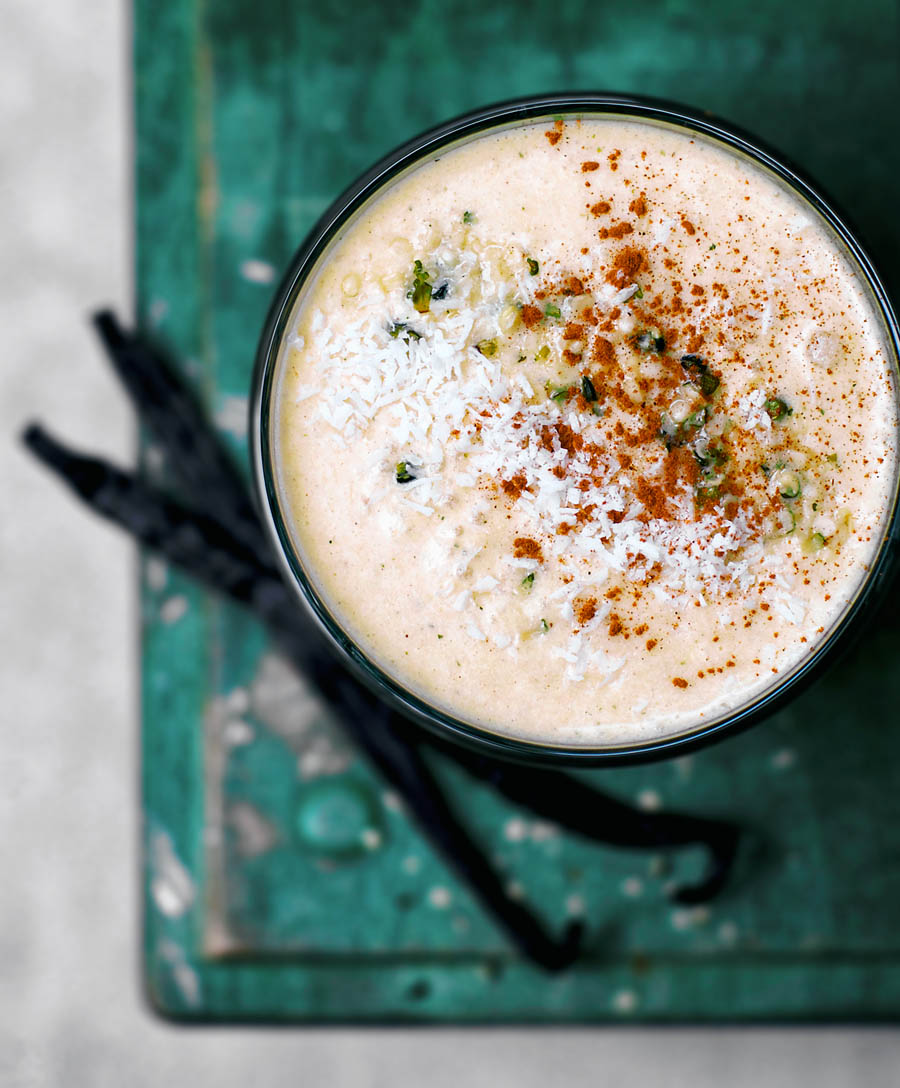 This orange coconut smoothie has become an easy favourite since oranges came into season. It’s a blend of orange, coconut milk, hemp hearts, cinnamon, and a couple other good things. It tastes a little like a less sweet creamsicle and it’s a welcome break from my usual winter smoothie, plain old banana and peanut butter.

I chose coconut milk (not just the cream) but a good homemade nut milk would be good too, just avoid the more watery store bought plant milks here. You could certainly add greens to this recipe if your blender can handle it.

If you love the combination of orange and coconut, try my eggless coconut macaroons with orange and chocolate or this vegan coconut cake, made with orange juice and zest.

I usually make this with an immersion blender and it works very well. Any standing blender should be fine, even a low-power type.

As this is a winter smoothie, we always serve it at room temperature. You can refrigerate it before serving if preferred, or use all cold ingredients, if you’d like it to be cold.

This can be kept in the refrigerator for a few hours, covered.

If you make this Orange Smoothie or any other drink recipes on Occasionally Eggs, please take a moment to rate the recipe and leave a comment below. It’s such a help to others who want to try the recipe. For more OE, follow along on Instagram, Facebook, and Pinterest, purchase the Occasionally Eggs cookbook, or subscribe for new posts via email.

* Use coconut milk from a carton if you have it – otherwise use 1-2 tablespoons of the cream mixed with the watery part from canned.