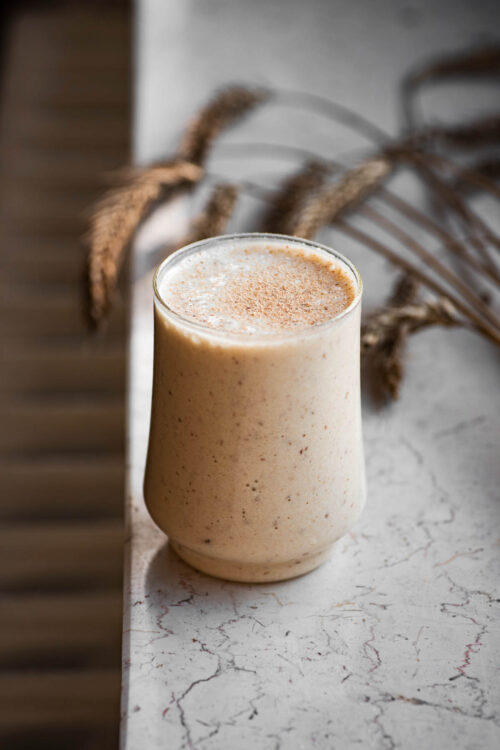 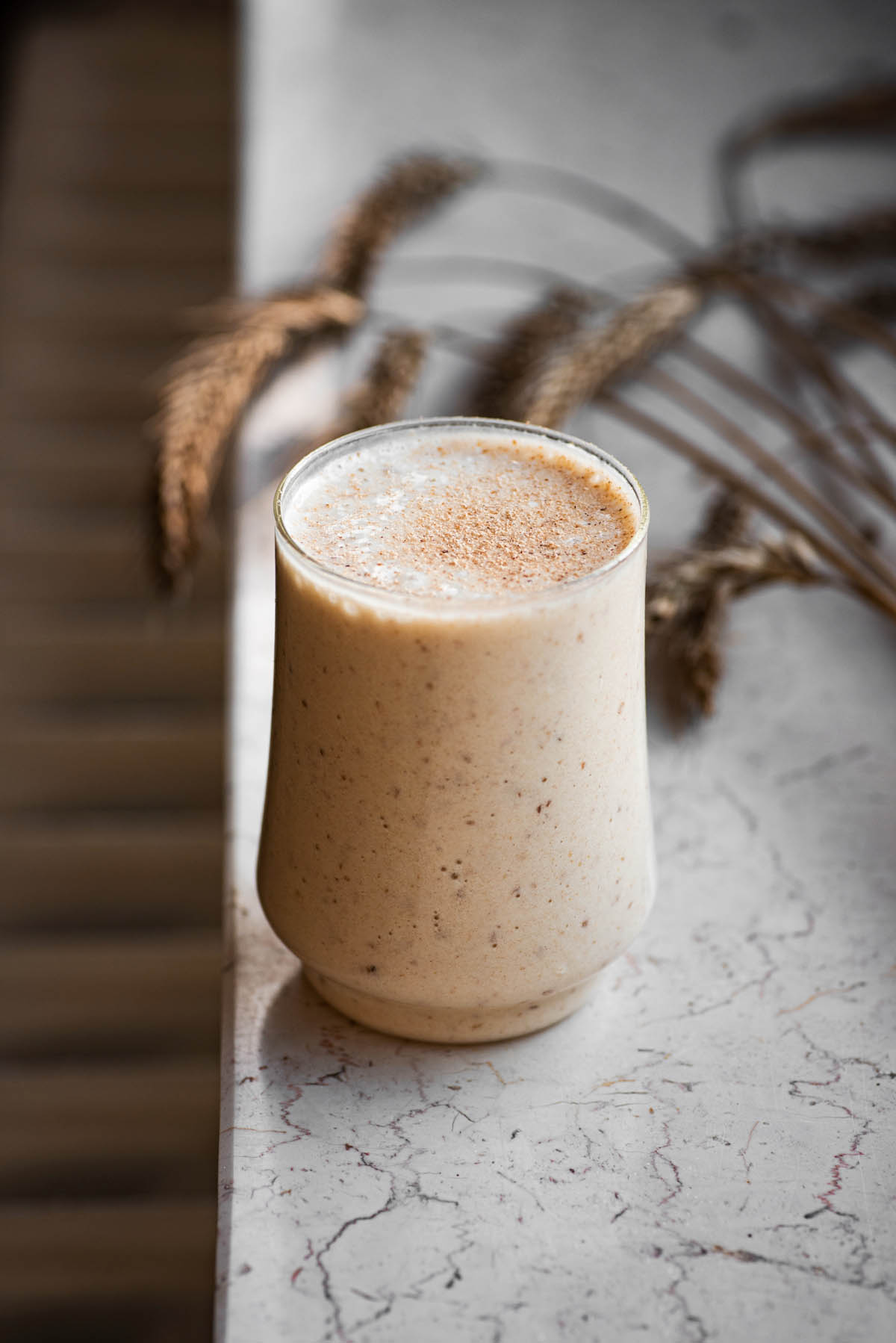 If you’ve ever made ‘nice cream’, or vegan ice cream made from frozen bananas, you’ll see where this is going. It’s a vegan banana milkshake made with frozen bananas to imitate ice cream. Super easy, and delicious.

Sweetened only with ripe banana and dates, it’s definitely on the healthy-ish side of things. Cashew milk adds extra creaminess (better than oat milk, for this recipe) for a dreamy milkshake minus the ice cream.

Not much in the way of step-by-step images for this recipe, but keep in mind that you’ll need to freeze the bananas ahead of time if you haven’t already, and that the dates should be soft.

As mentioned, cashew milk is ideal here. Other non-dairy milks are fine but none are quite as creamy – though if you’re using store bought, a barista type would work too. Canned coconut milk adds a strange flavour here and I don’t recommend it.

If you don’t have a high powered immersion or standing blender, soak the dates in freshly boiled water for about 15 minutes beforehand. Ultra soft dates don’t need to be soaked.

Cinnamon and cardamom are both excellent substitutes for nutmeg. Of course, you can simply leave those additional spices out, and have a plain vanilla shake.

Freeze the bananas peeled, and already broken or cut into pieces, for easiest mixing. If you have over ripe bananas and can’t make any more banana bread, simply freeze them in an airtight container for later (for this milkshake)!

If you don’t have a high powered immersion or standing blender, soak the dates in freshly boiled water for about 15 minutes beforehand. Ultra soft dates don’t need to be soaked. Substitute cinnamon or cardamom for the nutmeg if preferred, or leave it out.