June 22, 2021 by Alexandra DaumTime: 35 minutes   Servings: 6
This vegan & gluten free rhubarb crisp is made with chickpea flour and oats for a healthier, higher protein topping. Strawberries sweeten the naturally tart rhubarb alongside a little maple syrup for a simple and wholesome spring dessert.
Jump to Recipe 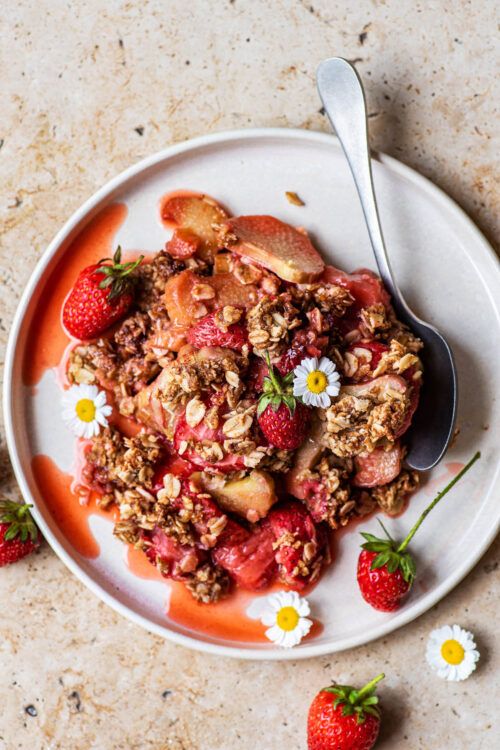 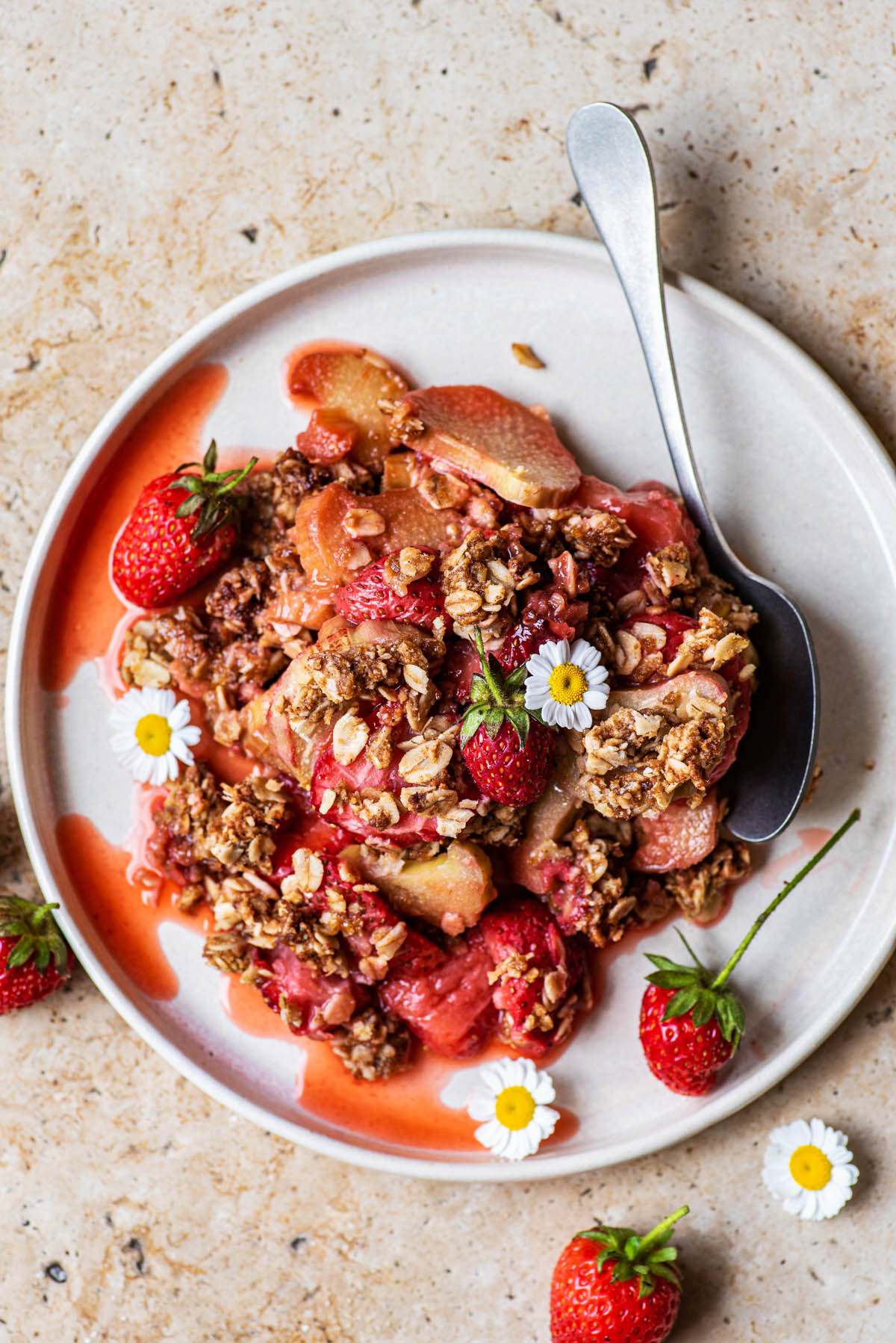 June is an early summer golden period when the rhubarb season intersects with local strawberries, one of my favourite times of year. Simple recipes like this highlight both of them without overpowering or hiding their natural flavours.

Chickpea flour and rolled oats in the crumble topping ups the protein content a bit here and makes this vegan crisp suitable for breakfast as well as dessert. With coconut oil and coconut sugar, there’s no need for vegan butter or other tricky ingredients.

The texture is virtually identical to a normal sugar & butter crisp, I think even better using chickpea flour instead of spelt, and there’s no hint of bean-y flavour in the finished product. Plus, it makes things GF without any flour blends needed.

With just 11 ingredients and less than half and hour baking time, this gluten free rhubarb crisp is one of the easiest recipes I’ve ever posted, and it’s one of my favourites, too.

Don’t eat the topping raw. Uncooked chickpea flour smells, and tastes, absolutely terrible. Trust. This won’t come through at all in the crisp after baking.

Using fresh ginger is key, not ground. I find that strawberry rhubarb combos can taste a bit flat and the ginger lifts everything up. I’m a big fan of combining rhubarb with ginger – like in these rhubarb ginger muffins – and it’s even better with strawberries in the mix.

Raspberries are a good substitution for strawberries, or go for all rhubarb. If using frozen rhubarb or berries, thaw and drain them beforehand to avoid a soggy crisp.

If anything, oat or buckwheat flour could be used as substitutions for the chickpea flour. I haven’t tested this, but those are my go-to GF flour types and can often be used interchangeably in recipes that don’t require leavening.

* I know lots of people peel their rhubarb, and I grew up doing it, but have since given up on it. I don’t think there’s any difference in a recipe like this. * Arrowroot powder works as a binding agent, like cornstarch, to keep the base of the crisp from being too juicy.

This post was originally shared in June 2018. It has been updated most recently as of June 2021.