August 24, 2020 by Alexandra Daum
This powder free vegan protein shake is packed with seed-based protein from chia, flax, and hemp. Creamy with the addition of nut butter and frozen bananas, one smoothie has over 20 grams of protein.
Jump to Recipe 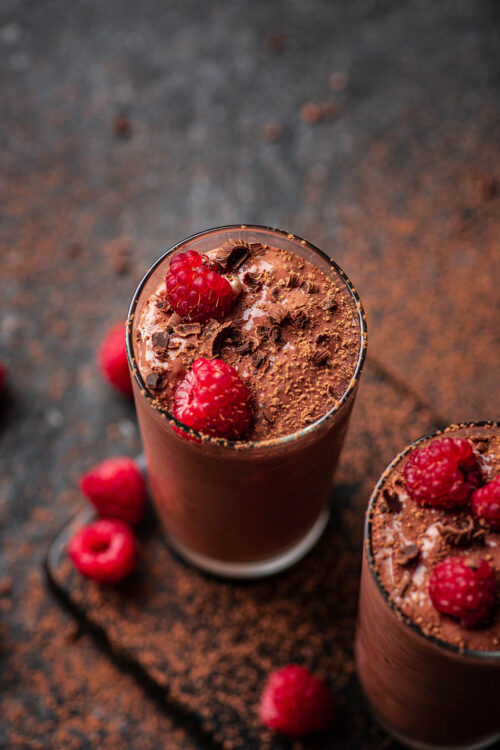 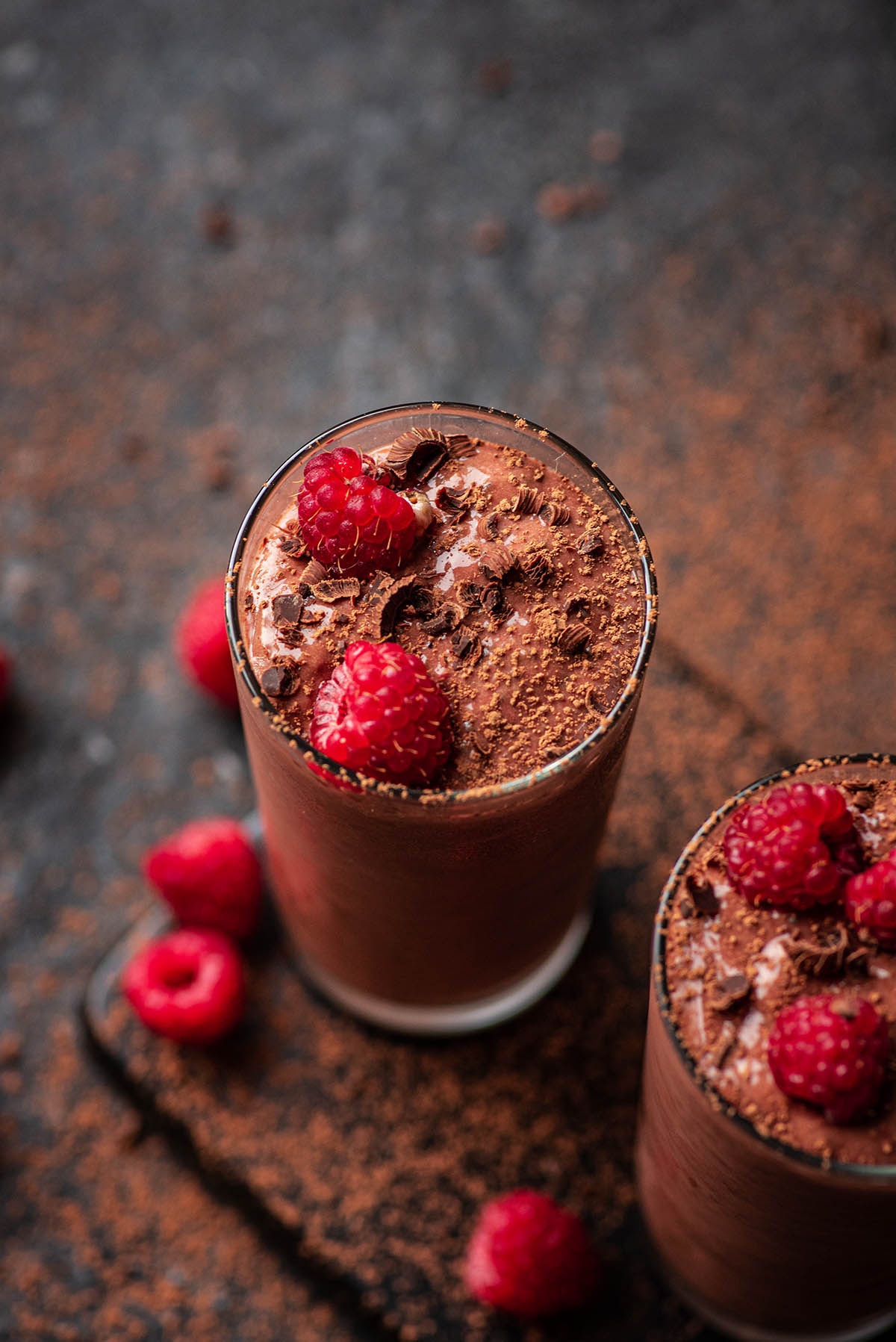 This is a mega vegan protein shake (made without protein powder). It can be used two ways, really: as a regular protein shake for people who exercise at a high level or use it as a meal replacement, or as a weight gain smoothie for those who may exercise at a normal level but are trying to reach a healthy weight.

Graham is always trying to gain weight (he’s quite tall and has always struggled with being underweight, even now into his 30s). When he drinks this frequently, his energy levels increase significantly and he fills out a bit. It’s great for someone who’s struggled with weight issues for years.

I also lost a lot of weight when I had gastritis alongside severe anxiety in my late teens, and it took about a year to get back up to a healthy weight again. Even now I’m just on the edge of a healthy weight because I don’t eat when I’m stressed. I don’t think we talk enough about people who have trouble gaining weight – there’s such an unhealthy idea that thin = good. It’s also great for children going through growth spurts.

This is a favourite with a close friend of mine for her family during Ramadan – she swears by it to have before starting fasting for the day. She’s been making it for years now and apparently it makes a big difference.

Do we really need a method section for a smoothie? Just add everything to a blender and blend on high until it’s smooth.

I use an immersion blender for everything – I don’t have a standing blender – and it works well for this recipe. If you have an ultra high powered blender, it’ll probably pulverise your chia and flax. If not, you’ll have some texture in your shake (not a bad thing).

This chocolate raspberry smoothie is relatively high in fat. That’s because the protein sources – nut butter, chia, hemp, and flax – all contain fairly high amounts of fat. Since this is specifically made for people who are highly active or those who want to gain weight, I don’t think it’s a problem.

I’m not a nutritionist. I’ve shared this recipe because it’s something that works well for us, both quite active and naturally skinny adults who need something extra to maintain a healthy weight. It’s not meant to be a prescription or anything like that, just a tasty, higher protein smoothie for people who don’t want a kitchen cluttered with protein powders.

Cacao and cocoa can be used interchangeably here. Cacao is a little bitter so you may not like it as much – though raw chocolate is higher in some nutrients, so it’s a toss up.

Strawberries make a good substitution for raspberries. I don’t like blueberries and chocolate so much, but if you do, then they can be used too. Any frozen fruit that you like with the flavours used here will work in place of raspberries.

The original recipe called for almond butter, but I typically don’t have it around anymore, so I usually use peanut butter or sunflower seed butter. Any seed or nut butter you like the taste of will be great.

If you hate the idea of texture in your smoothie and don’t have a high-speed blender, you can lose the chia and flax (hemp does blend fairly well) and add extra nut butter instead.

This post was originally published in September 2015. It has been updated with new photos and improvements to the text and recipe as of August 2020.