December 17, 2014 by Alexandra Daum
A lightened up, healthier version of traditional German buckwheat pancakes, with apples baked in, is a great special weekend breakfast. Made with gluten-free buckwheat flour and dairy free, too.
Jump to Recipe 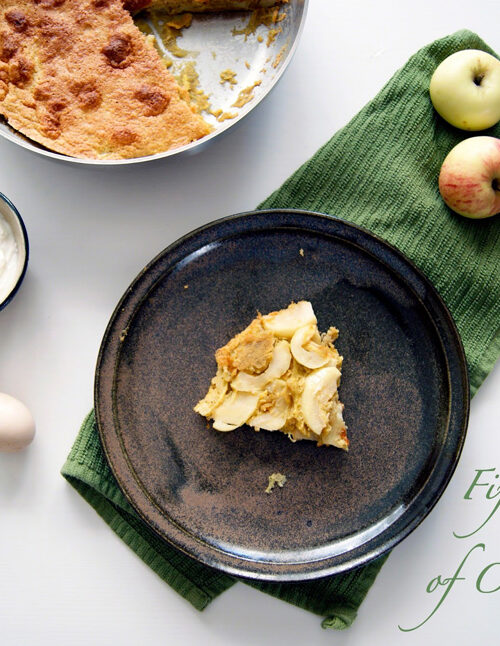 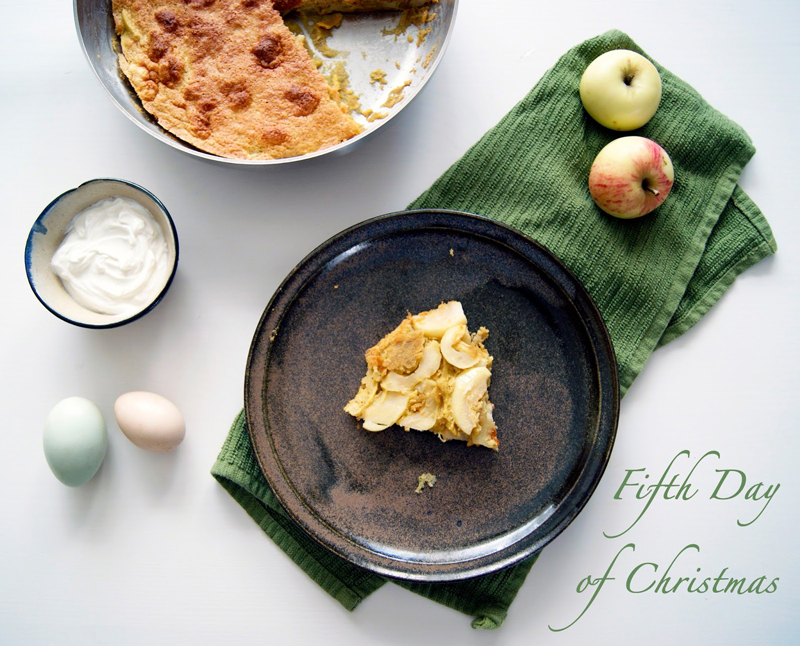 My mom makes German pancakes all the time. She doesn’t like American style pancakes, and I don’t really either. Especially compared to these bad boys. German pancakes are the best. If you bake it, it’s crazy fluffy and almost creamy.

If you fry it, you end up with a kind of thick and hearty crepe that’ll fill you up without weighing you down and seems fancy. Unlike crepes, and unlike my mom’s version, this recipe doesn’t rely on insane amounts of butter. You won’t miss it.

Looking for a special, but still quick and easy, holiday breakfast? Look no further! This is simple and can be thrown together in a few minutes. It’s perfect for two people, but it can easily be doubled.

This recipes uses buckwheat flour, but you can use pretty much any kind. I’ve tried spelt, kamut, and whole wheat pastry flour all with excellent results. You might have to add a splash more almond milk depending on your flour.