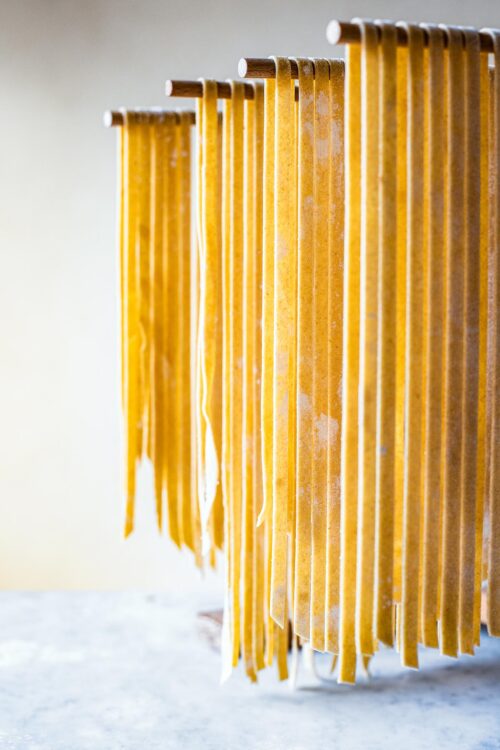 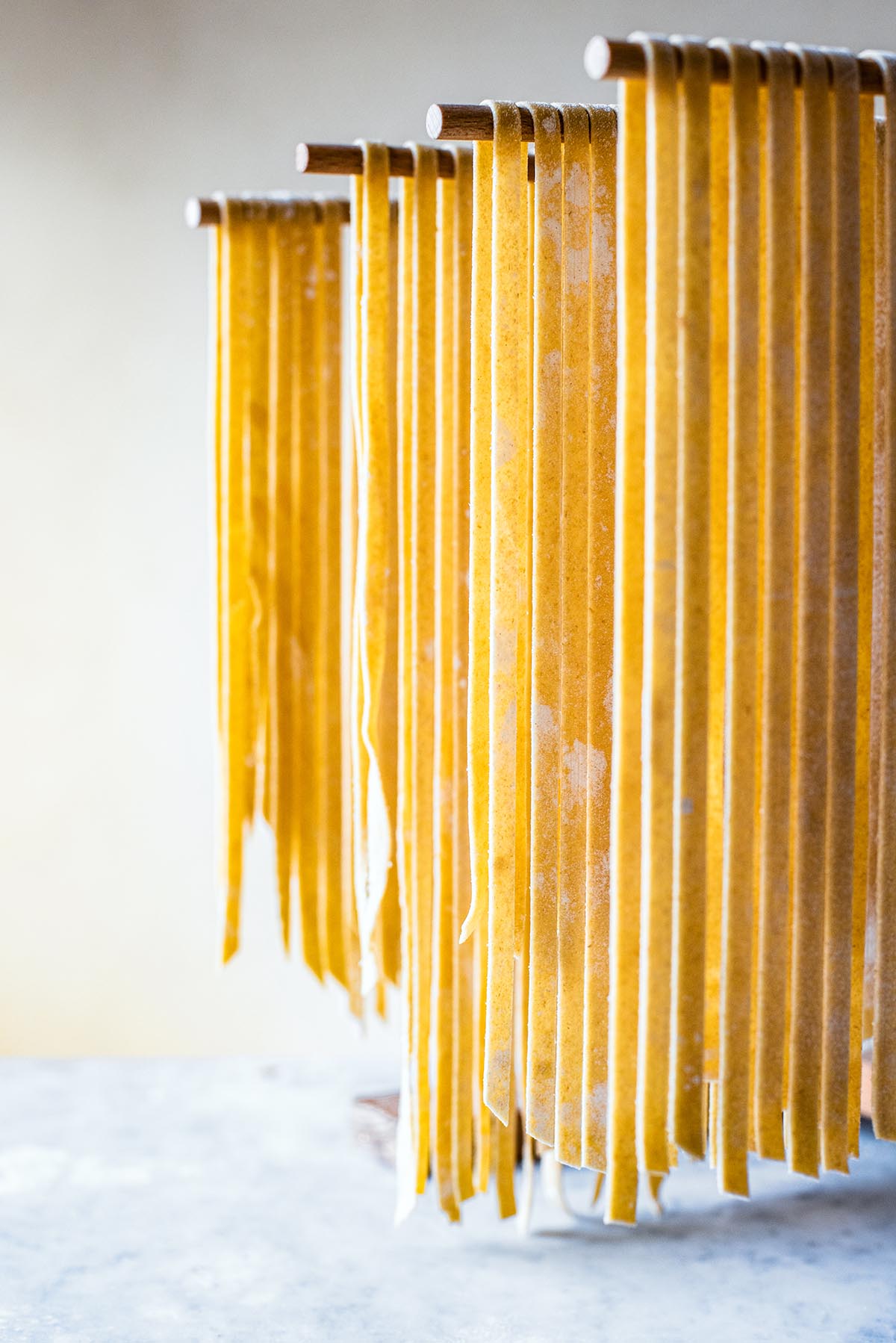 Kamut is the coolest grain in town. The really neat thing about it is that unlike other grains, it has to be organic, or it’s not Kamut. It has a beautiful buttery yellow colour, a nice texture similar to semolina, and a rich flavour. It’s my favourite.

The real name is Khorasan wheat, but it’s usually called Kamut as it’s what’s on the front of the package. Khorasan wheat is an ancient grain, a precursor to modern wheat. Like all wheat-y grains, it probably originated in the fertile crescent.

Though Kamut can be a bit tricky to find, it’s getting easier and easier, with a number of companies now stocking it in various forms in North America (a bit harder to find in Europe, still, but possible).

Khorasan wheat is mostly grown in the Canadian prairies and American midwest these days – meaning it’s grown close to where I grew up in Canada and was easily available years ago in Manitoba. Flourist out of BC used to carry it – it doesn’t look like they are right now – but Bob’s Red Mill does, and you might even be able to find a farmer growing it in your region.

The best thing about using this flour for pasta is how similar the texture is to semolina and soft wheat pasta despite being whole grain. It’s easy to work with, too, and has a gorgeous colour even without eggs.

If you haven’t tried whole grain pasta before, or you’d like to shift into a healthy pasta variety but want to keep a very similar texture and flavour to white pasta, this is what you need. Kamut pasta is as close as it gets, and so much better than plain old whole wheat.

You can buy it but it usually costs upwards of $5 a pack, which gets pretty pricey. Make it at home for less than $1 a batch and it’ll be much tastier (as fresh pasta always is) as well as a fun weekend project. Pasta making is the best of slow food.

With eggs or without

I tried making kamut pasta with eggs a couple times, but found this version both tastier and easier to work with. It’s a much softer dough. If you like plenty of bite, you can try adding a couple eggs in place of the water.

If it’s your first time making pasta, try it with water first – especially if you’re rolling it by hand. The egg version was impossible with a rolling pin. We had three people going in turns, and I’m pretty sure my rolling pin just about snapped in half.

Do I need a pasta machine?

No, but it’ll make your life a lot easier. I usually can’t be bothered to make it by hand – it doesn’t help that my kitchen is absolutely minuscule – but this is simple to make with a machine. I use this pasta maker. My mom has the larger version of this electric one which also works great for this recipe.

If you’re used to making pasta, treat this like any other dough. It goes through the rollers easily, cuts well with a bit of flour, and dries normally. You can see some step by step photos in the post so you know what to look for regarding texture before and while rolling.

Some recipes for your homemade kamut pasta

One of my favourite ways to eat fresh pasta is as pictured – very simply with a squeeze of lemon, a drizzle of olive oil, pepper, and some greens. But if you need some more inspiration for some great vegan pasta, here you go!

* It’s important to go by feel with pasta – you may need slightly more water, depending on how much your flour is absorbing. As you can see in the photos, it will look quite dry until you’ve kneaded for a while so resist the urge to add water right at the beginning.
** The vinegar makes it more tender. You can leave it out or use lemon juice instead.

This post was originally published in October 2015. It has been updated as of February 2020 with new photos and updates to the recipe and text.