May 10, 2021 by Alexandra Daum
Rhubarb chia pudding with a creamy coconut milk base and rhubarb compote. This sweet seasonal breakfast works just as well as a dessert and is a nice way to use spring rhubarb.
Jump to Recipe 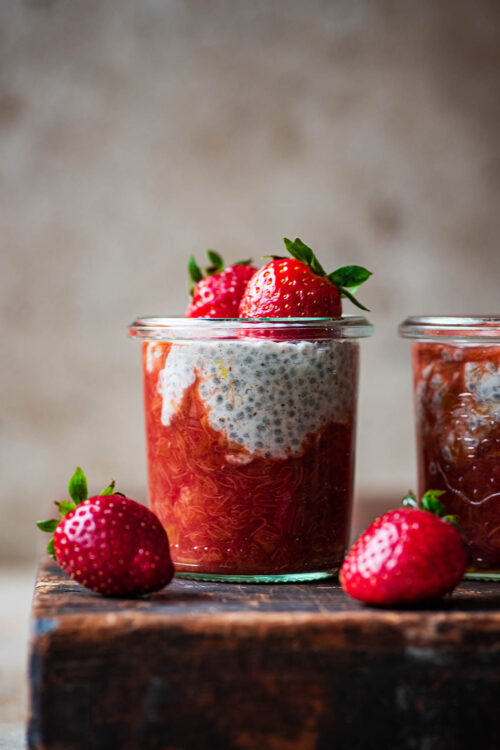 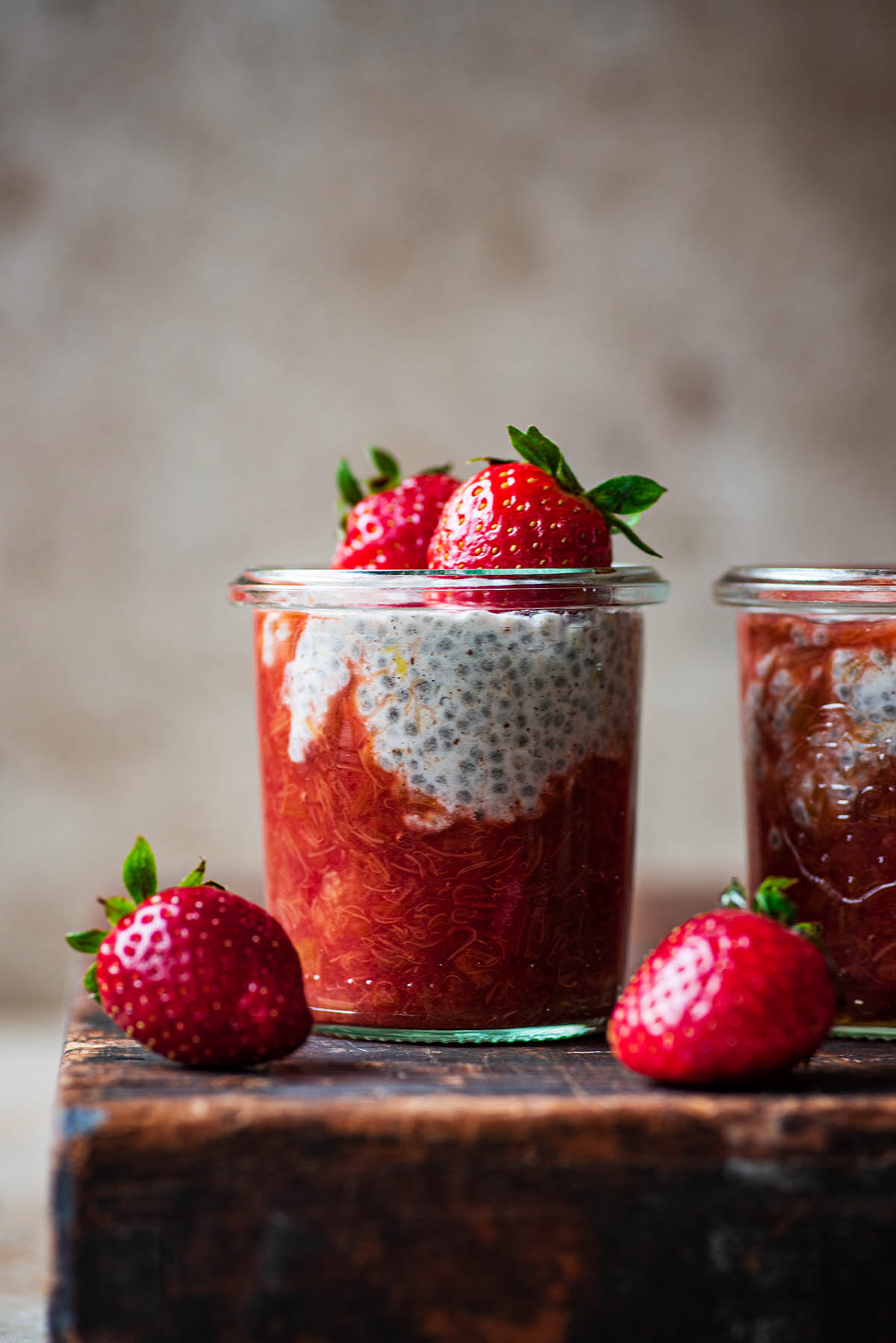 I’ve talked about my rhubarb obsession before. It’s the first garden plant to start producing properly in spring, apart from some early edible flowers like violets, and has such a unique flavour. My rhubarb plant is a couple of years old now and this is the first year we can harvest from it properly.

You get a really nice contrast in this rhubarb chia pudding – the compote is tart and fruity, while the pudding is ultra creamy and a bit sweet. It’s a great combination.

I’m not generally a big fan of chia pudding, unless it’s blended like a chia mousse, but this is an exception. Using coconut milk makes such a difference, especially with a hint of vanilla and lemon. Dessert for breakfast!

As you can see in the pictures, my garden rhubarb is (as yet) almost fully green. Instead of using berries, I often add a piece of peeled red beet to rhubarb compote. This doesn’t change the flavour but makes for a much more appealing colour.

If you prefer, or don’t have beets, you can add some fresh or frozen raspberries to the compote instead. Just a small handful will give enough colour and the flavour combination is nice.

I typically use vanilla powder (extract is more expensive here) but paste or extract work too. My homemade vanilla extract is steeping away but won’t be ready for a while yet.

The compote can be doubled or tripled if you want to make enough to last for a full week of breakfasts. It’s good for several days, while the chia pudding needs to be made every 2-3 days.

* Don’t use the coconut cream from the top of a can – either use lower fat coconut milk, or combine some of the water with the cream to make a thinner milk, the consistency of whipping cream.

This post was originally published in June 2017. It has been updated most recently as of May 2021.