February 23, 2018 by Alexandra Daum
Spices are sauteed in a little coconut oil before adding oats and nondairy milk in this healthy vegan porridge loaded with fruit and seeds. Using this different method results in a creamy, flavourful oatmeal.
Jump to Recipe 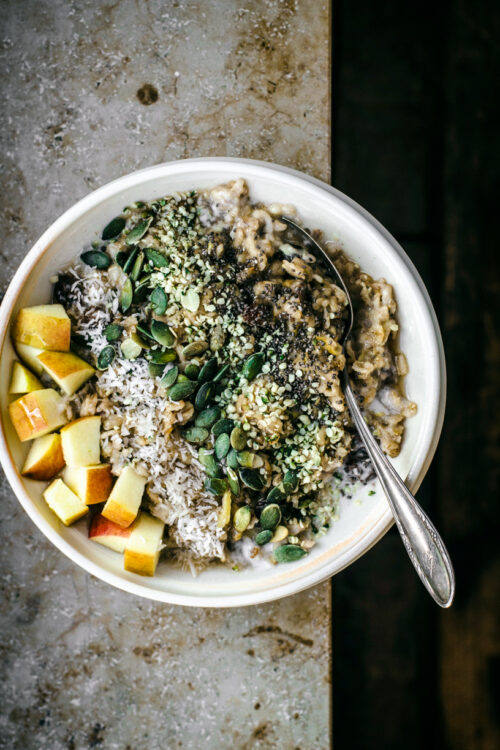 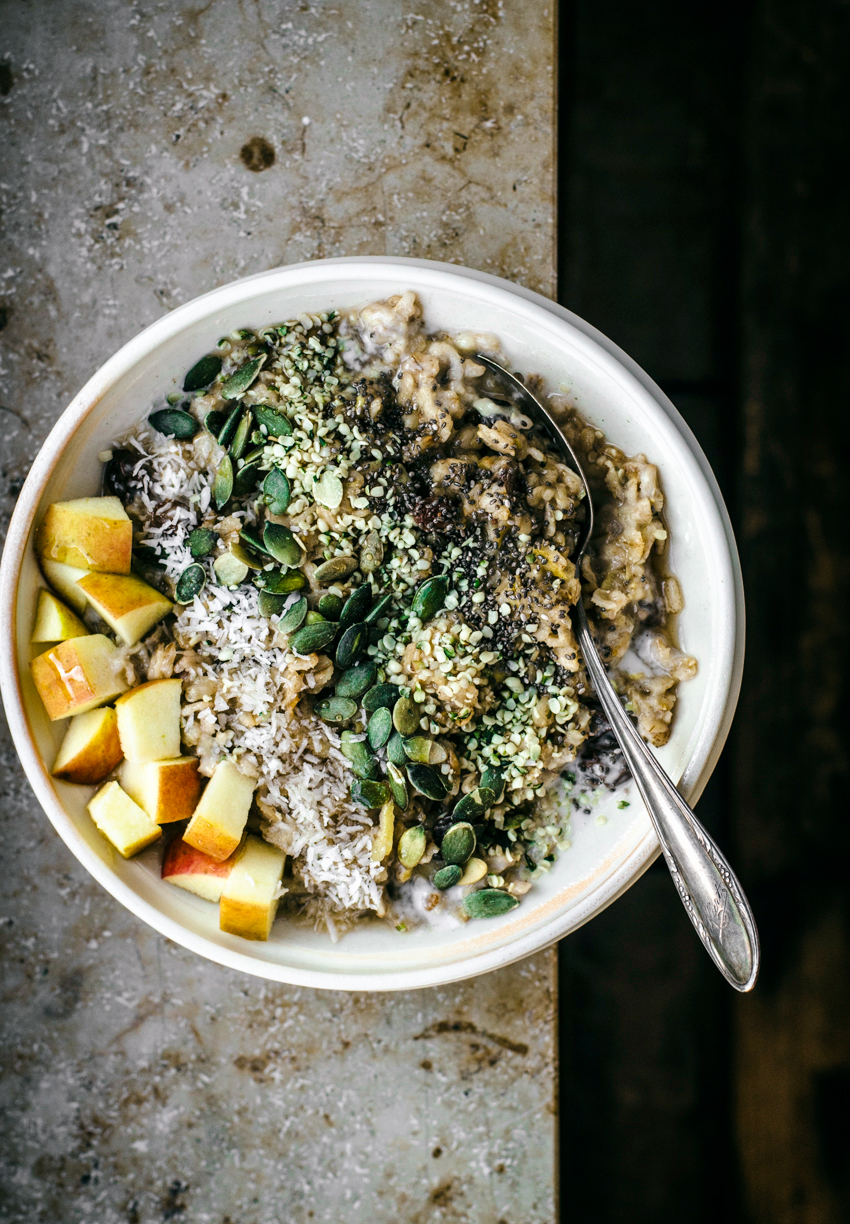 So what makes this a better porridge? The difference is the method – oil is heated in the pot before adding the oats and spices to give it a little toasted flavour, before adding nondairy milk, fruit, and toppings that are chosen for their healthy qualities instead of appearance only.

This idea came from an old friend who used to make stovetop granola whenever I stayed with her, so I combined the porridge that I eat almost every morning with that concept. It’s cozy, warming, and takes very little extra time compared to a normal bowl of oatmeal, but with a far better flavour.

I usually add a little coconut oil to my porridge at the end of cooking but this is just infinitely better. Adding a little bit of fat helps to keep you full longer and helps the body absorb more nutrients, in addition to making everything taste better! Considering that I eat it so often it’s surprising there’s just one other oatmeal recipe on the blog, for persimmon porridge from last year.

I always think no one will be interested since it’s such a simple thing to make. This is adaptable, of course; you can change all the toppings to suit your tastes, maybe adding some frozen berries, nut butter, or dates. If you’re an oatmeal fanatic like we are, definitely try this different method and let me know how you like it.