May 4, 2016 by Alexandra Daum
This vegan chocolate babka is sweetened with mashed banana for a version of a yeasted banana bread, with a silky chocolate ganache woven through the layers.
Jump to Recipe 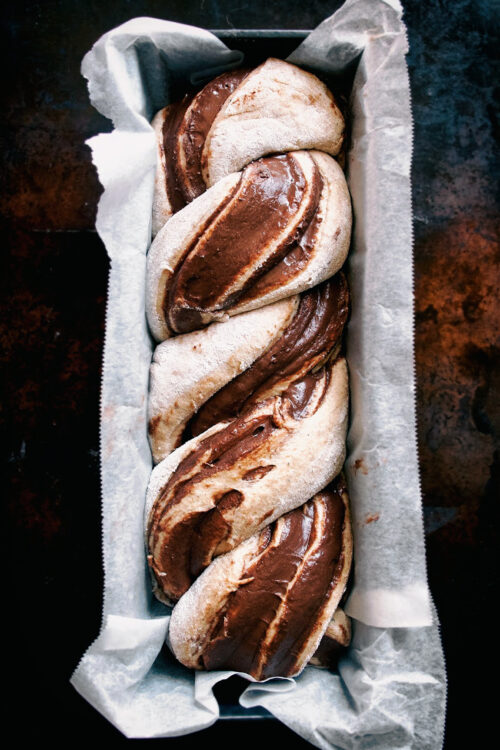 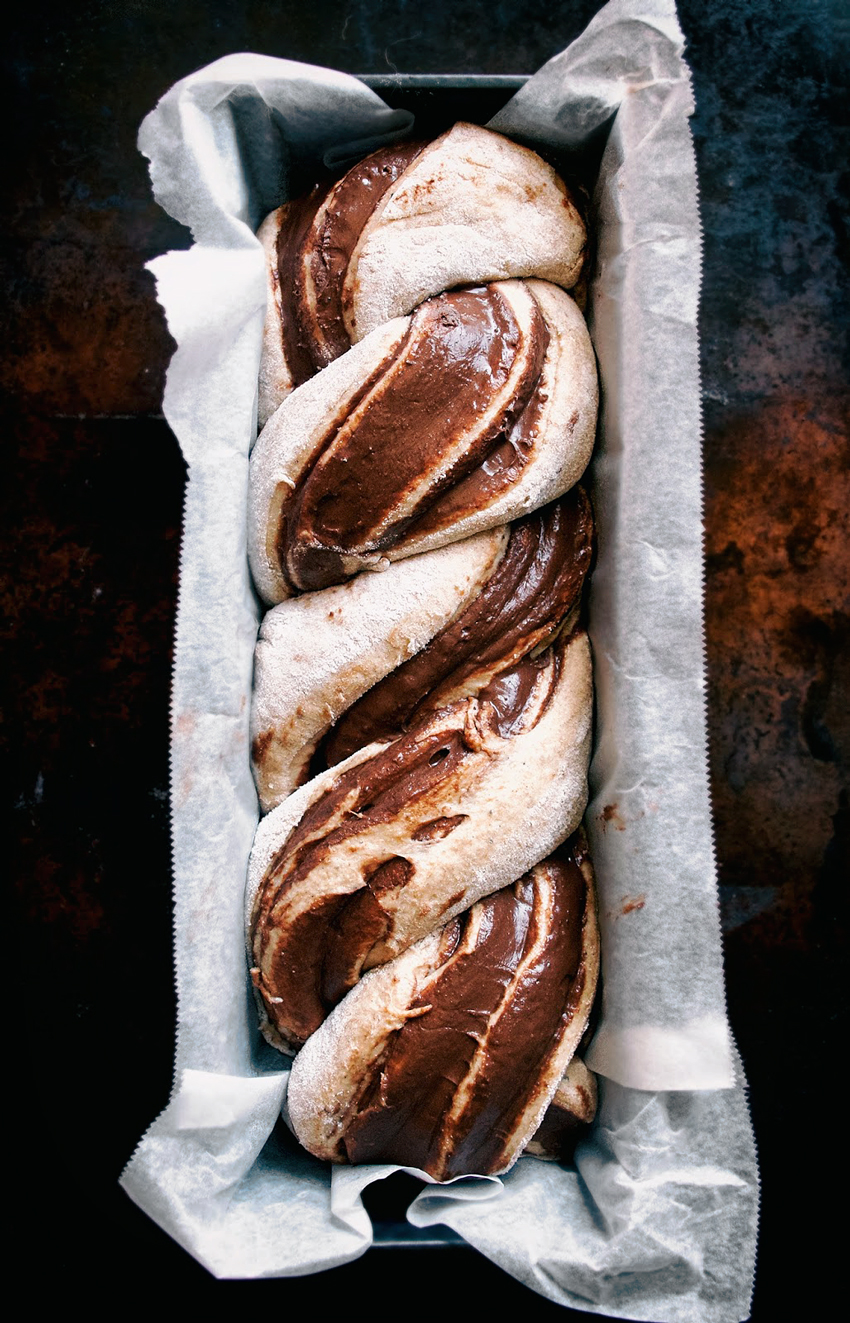 I had a bunch of overripe bananas and didn’t feel like making muffins, and yeasted banana bread, i.e. chocolate banana babka, seemed like it’d be amazing. It is. The soft banana dough combined with a slightly bitter chocolate filling is phenomenal and well worth trying.

This recipe isn’t any more complicated than cinnamon rolls, so if you can make those, you can make this bread. If braiding is a little out of your comfort zone, just roll it up and bake it that way instead.

The chocolate babka is very tender, and very much like a babka despite being all plant based. There’s no added oil, and the bread is very low in fat. There’s a small amount of maple syrup in the dough but it relies mostly on bananas for sweetness.

All in all, it’s a bread that looks and tastes decadent, but is surprisingly easy to make, and relies on fruit and dark chocolate for sweetness and flavour. If you like banana bread, you’ll love this.

This recipe skips the step of chilling the dough after the first rise to make it easier to shape into the twist. You can add a chilling step – about two hours in the refrigerator, after the first prove – and then roll out, add the filling, and shape. I never do it for this recipe but generally do for other babkas.

There is an extra step in the recipe for using traditional yeast. You can use quick rise, normal, fresh, or traditional yeast in the same quantity with the same method. The dough might rise slightly faster with quick yeast but I’ve never noticed much of a difference.

Storage: while the bread is best the day it’s baked, it can be stored for up to three days in a sealed container. If it’s a couple days old, toast lightly in a frying pan to freshen it up a bit (the chocolate can burn in a regular toaster).

Freezing: freeze the whole loaf or individual slices in an airtight container for up to three months. Thaw as usual.

If you make this Chocolate Banana Babka or any other ancient grain bread recipes on Occasionally Eggs, please take a moment to rate the recipe and leave a comment below. It’s such a help to others who want to try the recipe. For more OE, follow along on Instagram, Facebook, and Pinterest, purchase the Occasionally Eggs cookbook, or subscribe for new posts via email.

1. I use traditional yeast. Rising times will be a little faster if you use quick yeast. 2. Full-fat coconut milk will result in a slightly denser bread. Opt for a lower fat milk, like oat, cashew, or almond, for a more pastry like bread. 3. You can also use dark chocolate chips.

This post was first published in May 2016. It has been updated without changes to the recipe as of January 2023.