October 16, 2020 by Alexandra Daum
This easy vegan ganache is made with dark chocolate, coconut milk, and vanilla. Sweeten to your taste and use for frosting cakes, sandwiching cookies, or however you like.﻿
Jump to Recipe 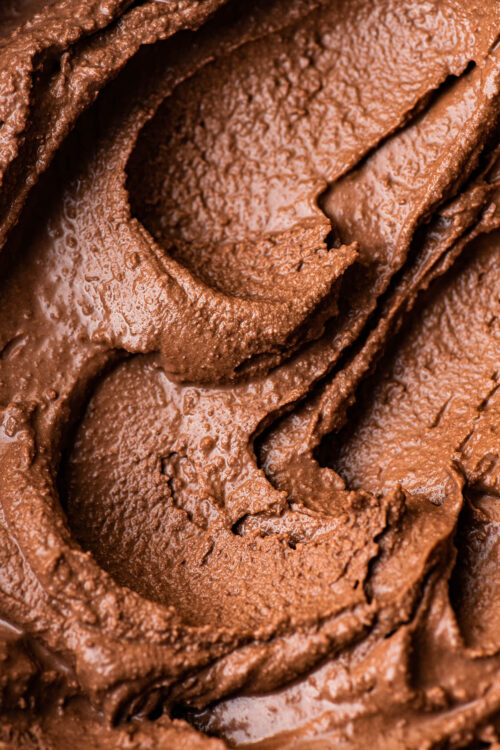 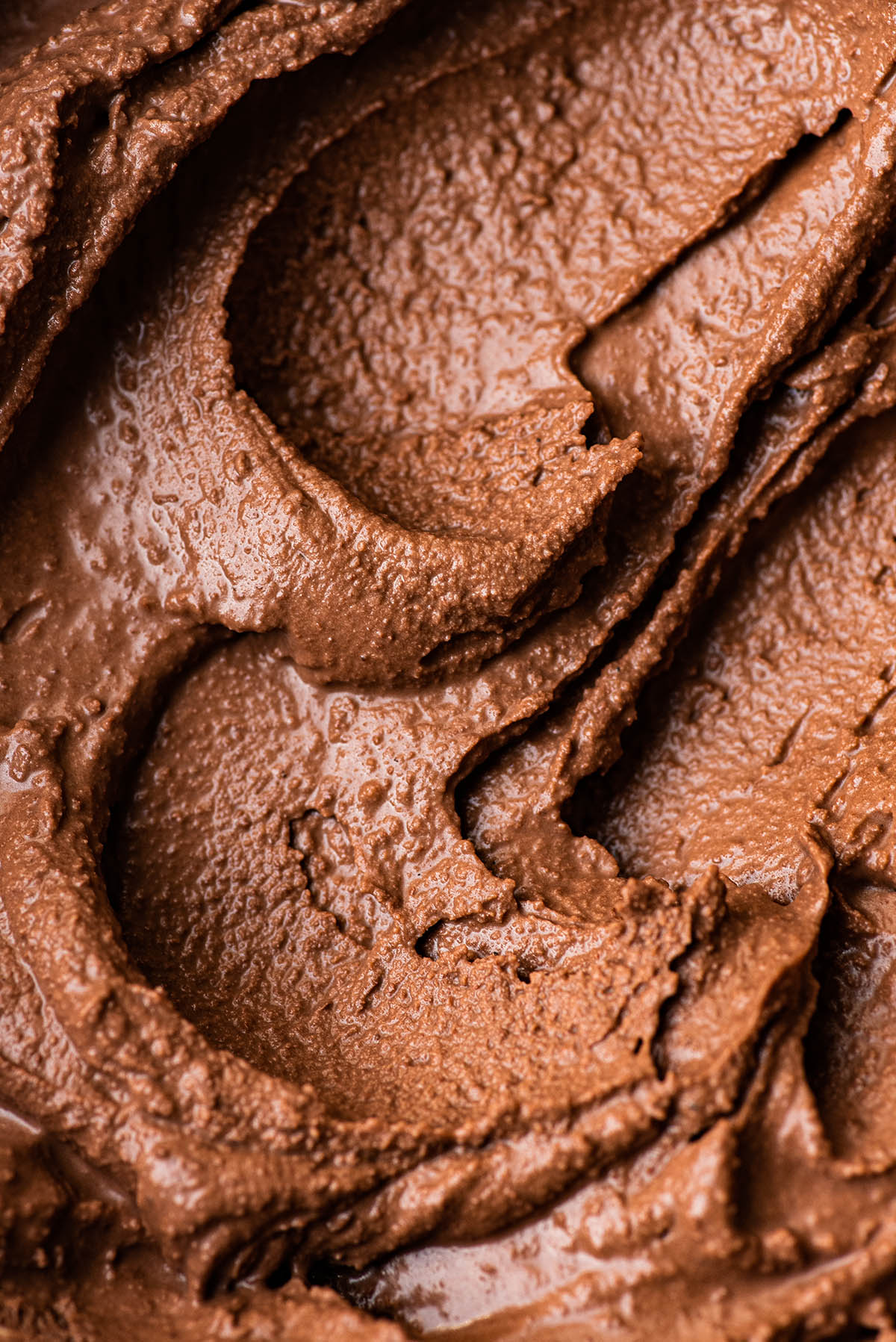 Okay so admittedly, the picture above doesn’t look quite so smooth and dreamy as it should! That’s because it got a touch too cold in the back of my shoddy refrigerator and froze very slightly. That’s fine. With a bit of whisking at room temperature it was smooth and dreamy again (see topping the cake below).

This vegan ganache is a recipe I’ve been making for years and years now, I think first inspired by Traci’s chocolate cake. It’s dreamy. It’s my go-to frosting and filling for anything chocolate – see below for a list of all the recipes it’s used in on OE.

The method is a touch different from what you see on Bake Off, where I always get nervous at them heating the chocolate rather than the milk. You risk burning the chocolate if you forget about it, even for a moment, and this method is also much faster.

All you need to make your very own vegan chocolate ganache is a can of coconut milk, some dark chocolate, and a little maple syrup. Heat, mix, chill, and you’re ready to go.

Add one full can of coconut milk to a small saucepan. Heat it over medium, to bring it to a simmer. While that milk is heating up, separate the cream from the second can of milk and set it aside. Use the leftover water in a curry or smoothie.

Place the chopped chocolate into a large heat safe bowl. Once the milk is hot, pour it over the chocolate and let it rest for 30 seconds.

After sitting, whisk the milk and chocolate until fully combined. The chocolate will have melted under the hot coconut milk. Don’t worry if it looks a bit thin at this point. Add the separated coconut cream and whisk again. If the milk is a bit lumpy, the residual heat and whisking will smooth it out.

Add the maple syrup (or date syrup, as pictured) and whisk to combine. This is the time to add any spices or other flavourings, like vanilla or orange zest.

Let the ganache cool to room temperature before refrigerating until chilled through. This is a minimum of four hours, but usually longer, so it’s best to make this a day ahead of when you’re planning to use it. Cover the ganache when refrigerating so it doesn’t absorb any smells.

Try mixing things up with some additions! Vanilla is an obvious choice, but other spices like cinnamon, cardamom, or a touch of black pepper are nice. Orange zest is excellent (zest, vanilla, and cinnamon is particularly nice in a winter dessert).

You do need to use full-fat coconut milk, no less than 60% solids. The ingredient list should include the percentage.

If it seems as though your ganache isn’t setting, first give it the 12-hour chilling time to see if it solidifies during that period. If it still hasn’t set – this is usually due to too much water in the coconut milk – you can fix it!

Scoop the runny ganache into a heat-safe bowl. Place it over a smaller pot of simmering water, not letting the base of the bowl touch the surface of the water. Add another 50g (2 oz.) chocolate and melt them together. Once they’re fully melted, whisk to combine, and chill again.

You shouldn’t have that problem if you use the right coconut milk and dark chocolate, but just in case. This does require some patience so give it time.

There are no substitutions for coconut milk that I’ve tried. If you have coconut cream, that works very well in place of the milk (it’s just a higher amount of coconut solids to water).

Maple syrup can be used interchangeably with date syrup and other liquid sweeteners, to taste. If it just needs to be dairy free, not vegan, honey works very well.

There will be some very slight variation in the final texture of the ganache depending on the type of chocolate you use. Chocolate chips are fine, but they will make for a harder final product than bar chocolate will. I haven’t tried this with milk or white chocolate.

* A square of baking chocolate is one ounce and a typical chocolate bar (for baking) is 100g. If using chocolate chips, this is about 1.5 cups of chocolate.