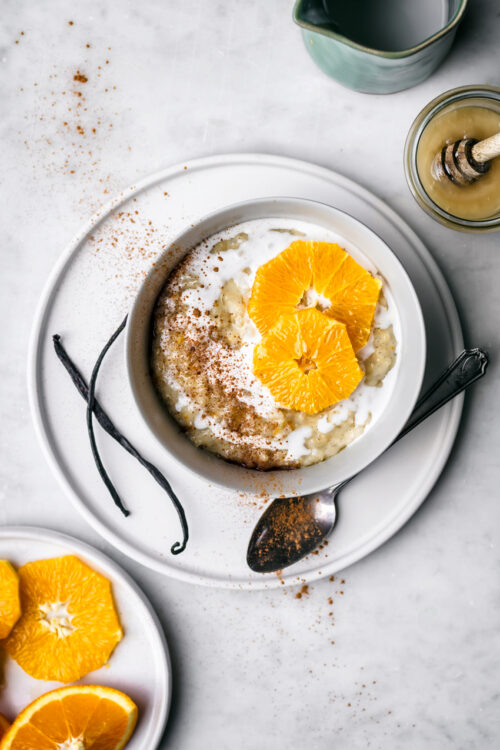 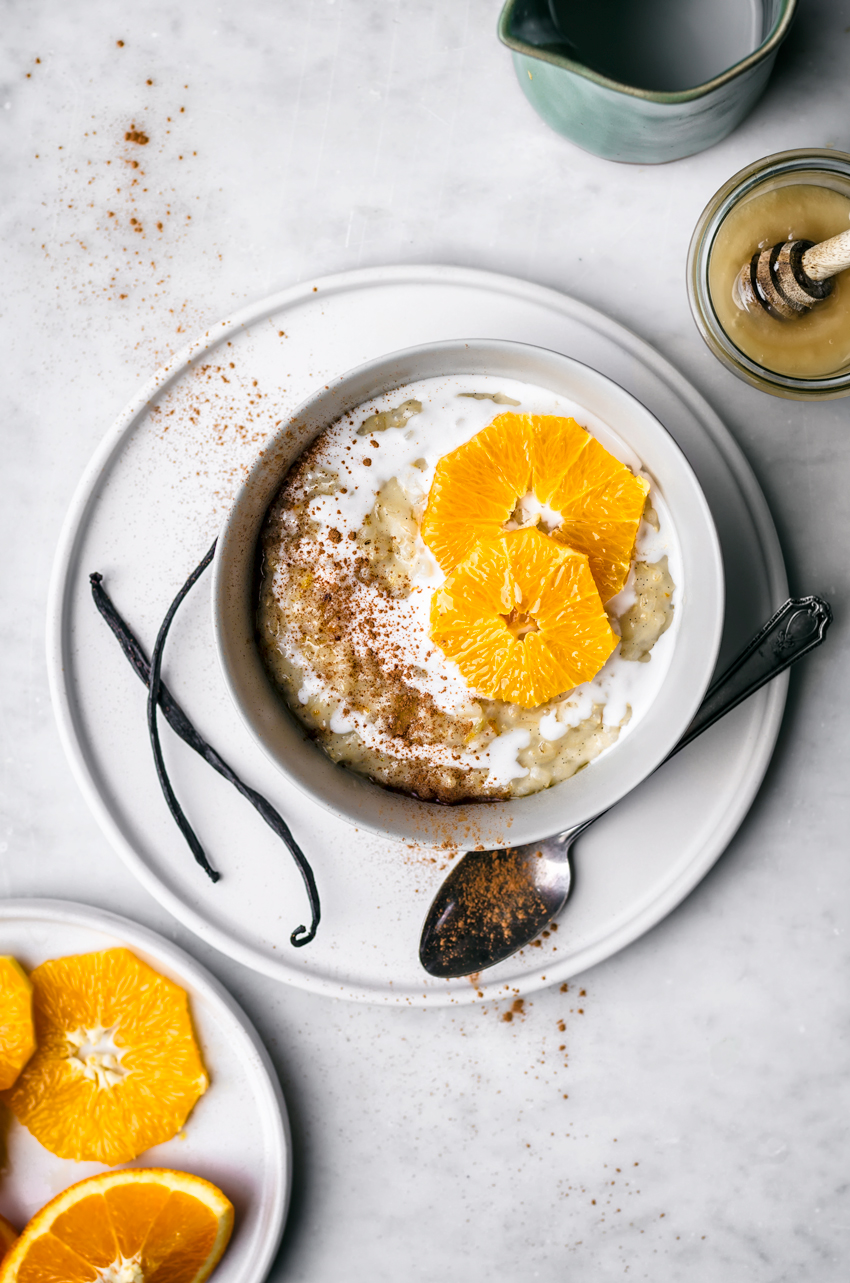 This is a chat about my current experience with depression – to skip this part and head to the recipe talk, click here.

Let me be real for a minute here – some of you know that I have clinical depression which has improved a lot over the past couple of years, but right now is a difficult time. It’s far and away from my worst – not suicidal or hallucinating – but I feel it creeping back in with lethargy along with low self-esteem, appetite, and motivation. It seems to be linked with our move – I’m much more isolated now, don’t have access to a proper kitchen to work yet (or a shower) and my eczema flared up badly for the first time in two years.

I’ve talked about how I deal with this before. This time it’s been harder than usual to embrace eating really well (no kitchen) exercising regularly (no space, we live in a construction zone) or spending more time in my community (we don’t have one here). And I feel like I’m not allowed to feel this way, especially now, that we do have our own home again after several months of homelessness. I’ve also waiting to hear about a work project for a long time and that uncertainty alongside finances/renovations/loneliness plus not being able to take a damn shower has created a lot of stress.

It might be the season contributing, I’m not sure. I know I feel better on the rare days the sun shines. But right now, just shooting a recipe feels like a massive undertaking. Getting out of bed, or not crying as I write this, feels like a lot of work. So I think for now it might be time to turn to my medication again, which I was able to stop taking about a year and a half ago, to level out and get back to normal. I might give it another week or so and see what happens first.

Going back to meds seems like a cop-out or a step backward, but you know what, that’s what clinical depression is. It’ll never go away completely and that’s fine. Understanding that medication is there when needed is a blessing and I have been lucky not to need it for the past while. I’m hopeful that once winter is over, and we have at least part of the renovations done, that I might be able to wean off it again. We’ll see.

The inflammation caused by an allergic reaction I had a couple months ago, coupled with stress making my severe eczema stick around at the moment, could be contributing as well. That’s why I’m thinking I might give it a week before starting medication again, because for me, I know that those two go hand in hand. And I beg of you, please don’t tell me to drink celery juice as some sort of miracle cure, because that it ain’t. 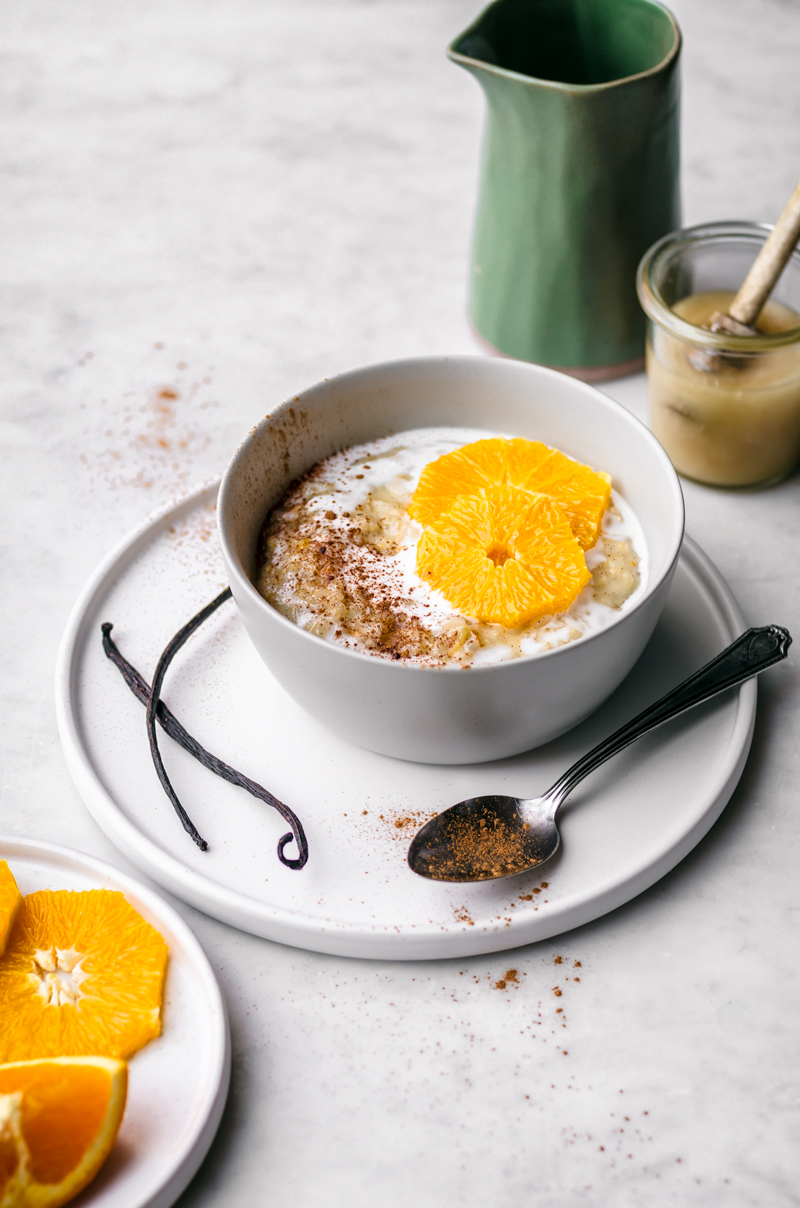 First of all, don’t love the way that sounds! But brown rice is undoubtedly the healthier big sister to white rice, because it’s a whole grain, and whole grains are awesome. The nice thing about brown rice, too, is that it’s 100% gluten-free if that’s a concern for you, but you still get the good stuff from it. This plant based pudding is made with leftover rice (or cooked just for this), then cooked again with a can of full-fat coconut milk.

Why short grain rice? It’s most similar whole grain rice to arborio, which is the best rice for pudding. Arborio rice has a high starch content, which creates the creamy texture of risotto, and is ideal for rice pudding. Short grain brown rice is the closest we can get and it works well. Cooking the rice beforehand, then a second time in the coconut milk, helps to imitate the starchy texture.

Arborio rice is from the Po Valley region in Italy, and rice pudding or porridge varies by location around the world. This isn’t the milchreis I grew up with, which my mom cooked in cream and usually served with homemade applesauce and cinnamon. I just remembered that she folds in whipped cream sometimes, which would be a great idea with coconut cream. It’s often made with orange zest in parts of Italy, and orange is a natural pairing here at this time of year. 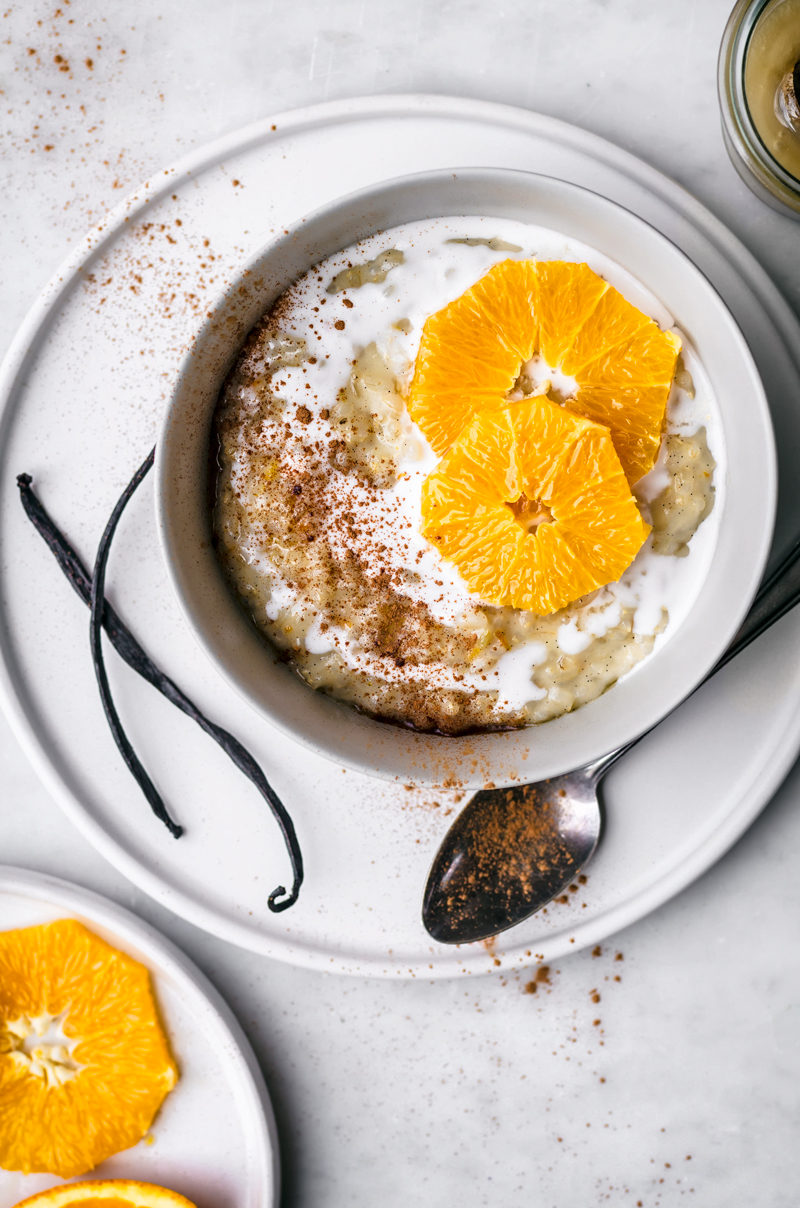 Not that sugar isn’t natural, really, but we know what that means colloquially, right? This recipe uses either maple syrup or honey – you can see that the version in the photos was made with honey, because maple syrup is an imported luxury for me these days. I do recommend using syrup if you’ve got it as it adds a nice layer of flavour, but good honey will do that too. The sweetener is added after the rice is cooked the second time in the milk, so you can easily taste and change it to your preference.

Full-fat coconut milk is a must here. Coconut milk rice pudding is the bomb, and this recipe is adapted from another coconut milk rice pudding I shared last year (right around this time, too!) because other nondairy milks just don’t cut it. A plant based cream, like oatly cream or cashew, would be a pretty good substitute if coconut isn’t an option for you. There is a slight tropical flavour here that’s nice with the vanilla and orange.

If you grew up eating standard whole milk white rice pudding, this brown rice version is a bit different, but not in a bad way. It’s a solid plant based option and people I’ve given it to who do eat dairy love it too. Coconut cream is a miracle.

If you find this recipe at a time of year when oranges aren’t in season, just leave the zest out of the rice and top it with seasonal fruit instead. I know oranges are on their way out now that it’s March, but they’ll be good for a couple more weeks at least. Rhubarb, berries, stone fruits, anything, because rice pudding loves all fruits (just don’t use watermelon and you’ll be fine). 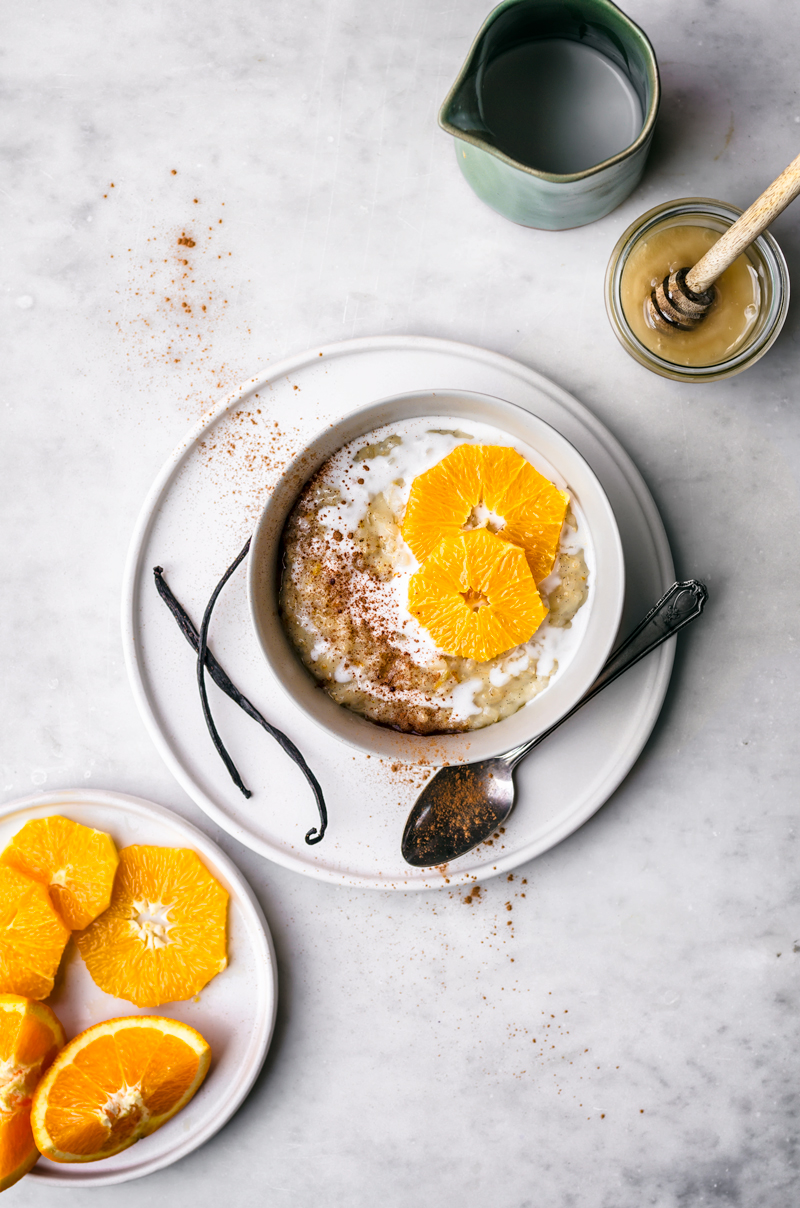 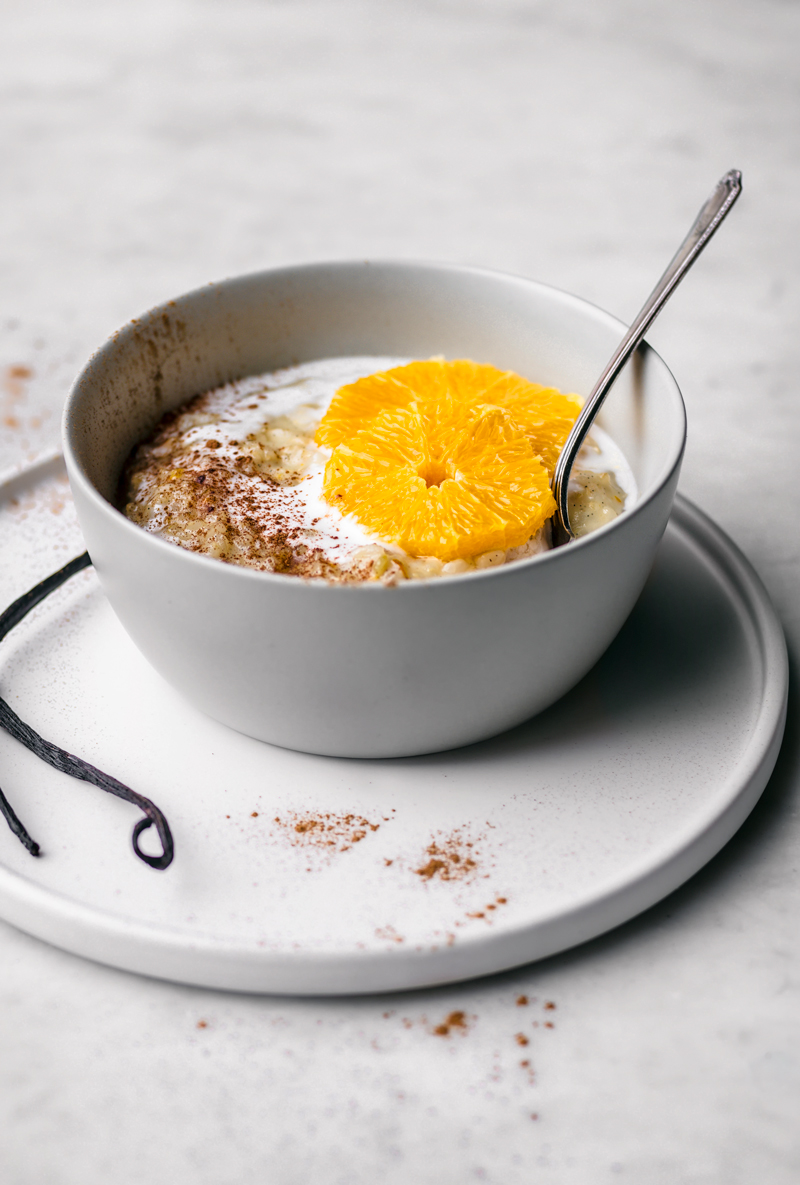 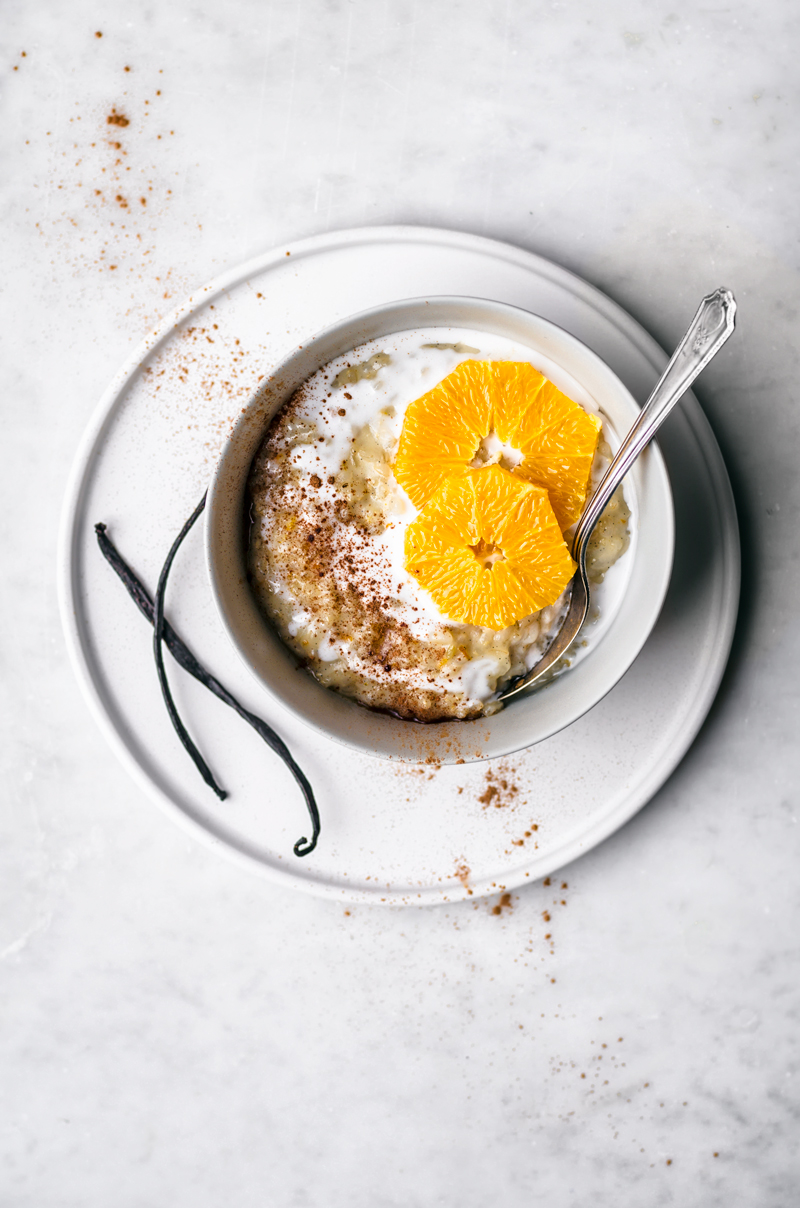 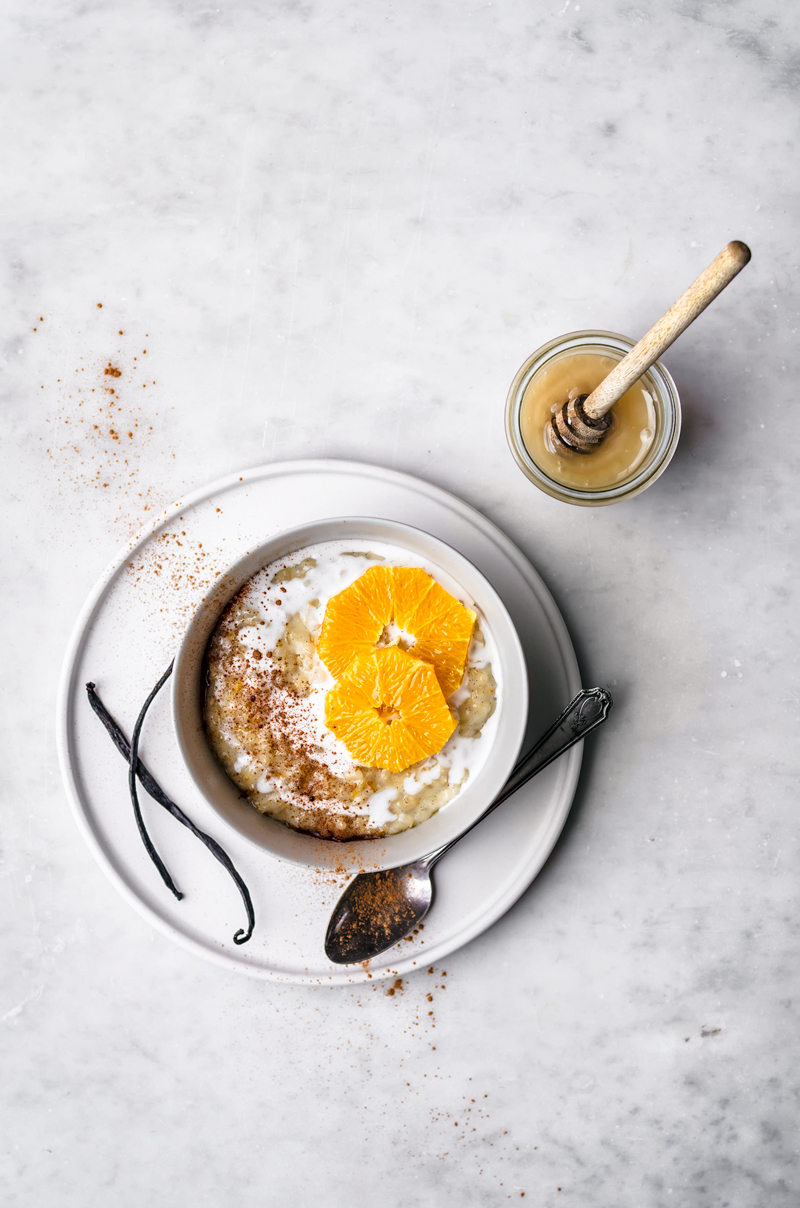