December 6, 2022 by Alexandra Daum
Adapted from classic Swedish chocolate balls, these chocolate coconut balls are so quick and easy. With oats, coconut, and cocoa powder, they're a good on-the-go treat.
Jump to Recipe 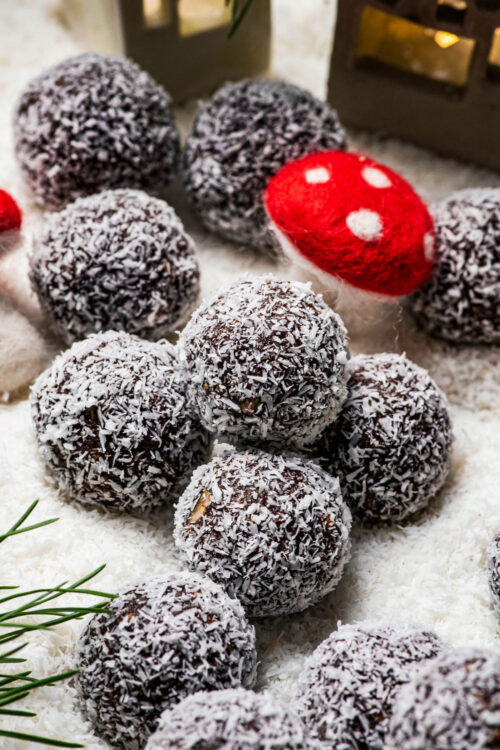 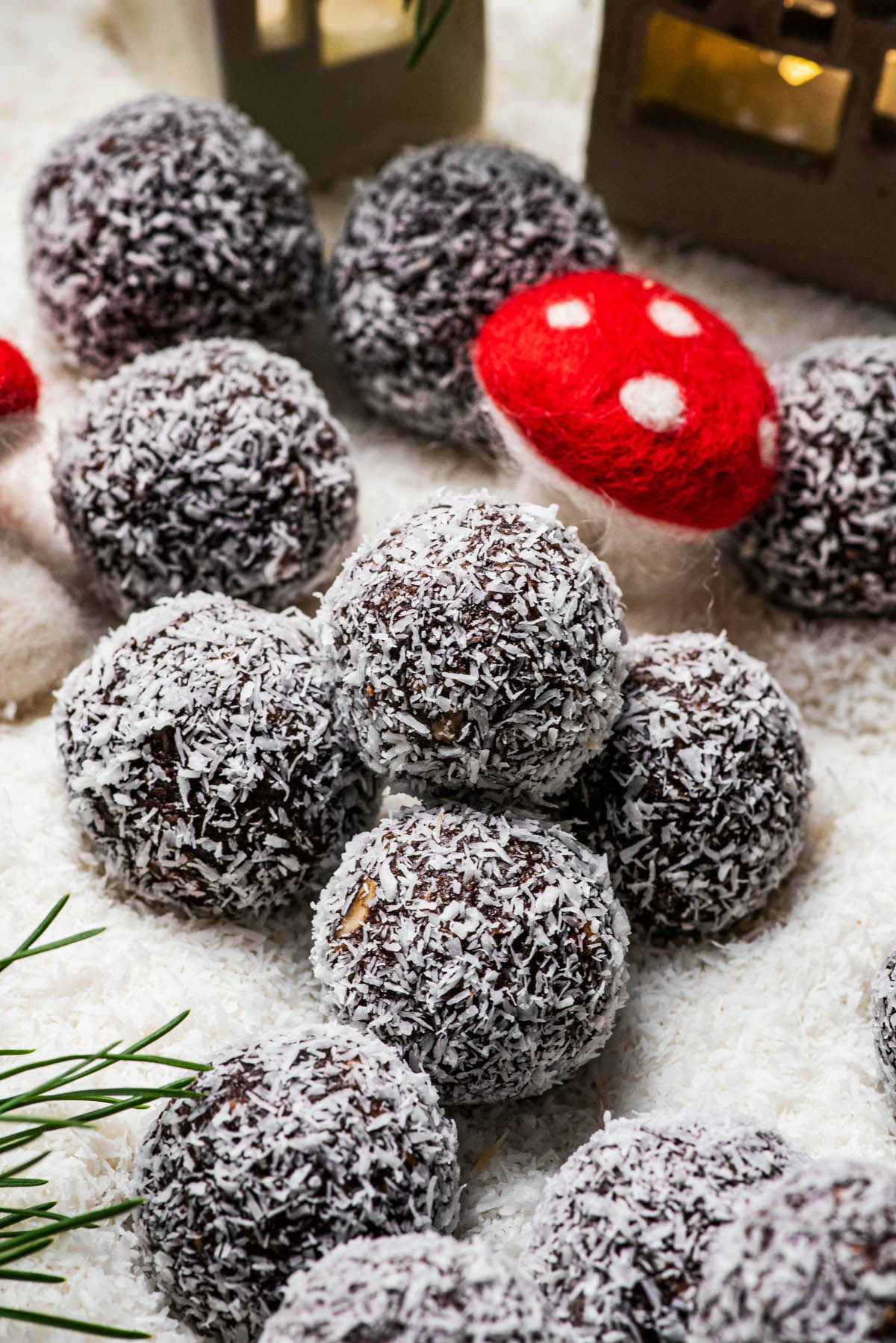 Chocolate coconut balls are an easy one-bowl recipe with no cooking or baking time needed, and lots of fun for kids to help with mixing and rolling. Adapted from Swedish chocolate balls, they’re similar to the classic but with a couple key differences.

This recipe is made with coconut oil instead of butter, and coconut mixed in to the dough, both of which heighten the taste of coconut. I’ve also used coconut sugar (you don’t have to) which adds a slight caramel flavour that pairs well with the chocolate – I think it replaces the coffee in a nice way.

These have a special place in my holiday routine alongside vegan chocolate truffles and coconut sugar cookies. Like those, they keep really well and can be made in advance so you can relax over the holiday period, and make a nice gift.

1. Use a whisk or wooden spoon to mix the dry ingredients in a large bowl.
2. Add the remaining ingredients and use your hands to mix into a firm dough.

3. Roll into small balls, about a tablespoon each.
4. Roll in coconut and store in a sealed container.

If you can’t see the recipe video, please watch it here on YouTube instead.

While traditional chocolate balls need to be refrigerated before rolling, using coconut oil instead of soft butter means these can be shaped immediately. They can also be kept at room temperature a little longer.

Use a mix of half rolled and half quick-cook oats to best imitate the texture of the porridge oats pictured. If you can get this style of porridge oats (it’s like a half-blended rolled oat mix) it’s ideal.

Storage: for serving, the balls should be at room temperature. They can be stored in the refrigerator for at least a week in a sealed container and can be served cold, but taste best at room temp.

Freezing: after rolling in coconut, freeze the balls in an airtight container for up to a month. Thaw before serving.

If you make these Chocolate Coconut Balls or any other dairy-free dessert recipes on Occasionally Eggs, please take a moment to rate the recipe and leave a comment below. It’s such a help to others who want to try the recipe. For more OE, follow along on Instagram, Facebook, and Pinterest, purchase the Occasionally Eggs cookbook, or subscribe for new posts via email.

This post was originally published in December 2015. It has been updated with improvements to the recipe and text as of December 2022.