September 4, 2020 by Alexandra Daum
This five ingredient, five minute vegan chocolate mousse is made simply with coconut cream, cacao, and a little maple syrup. Top this simple dessert with fruit for a special, but very easy to make, treat.
Jump to Recipe 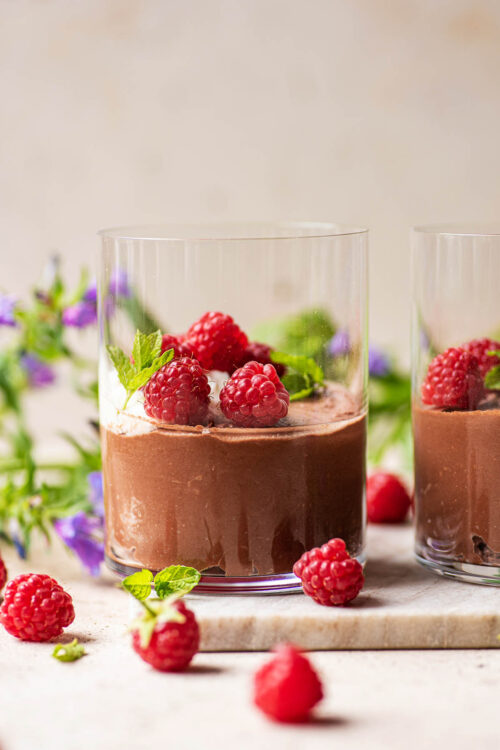 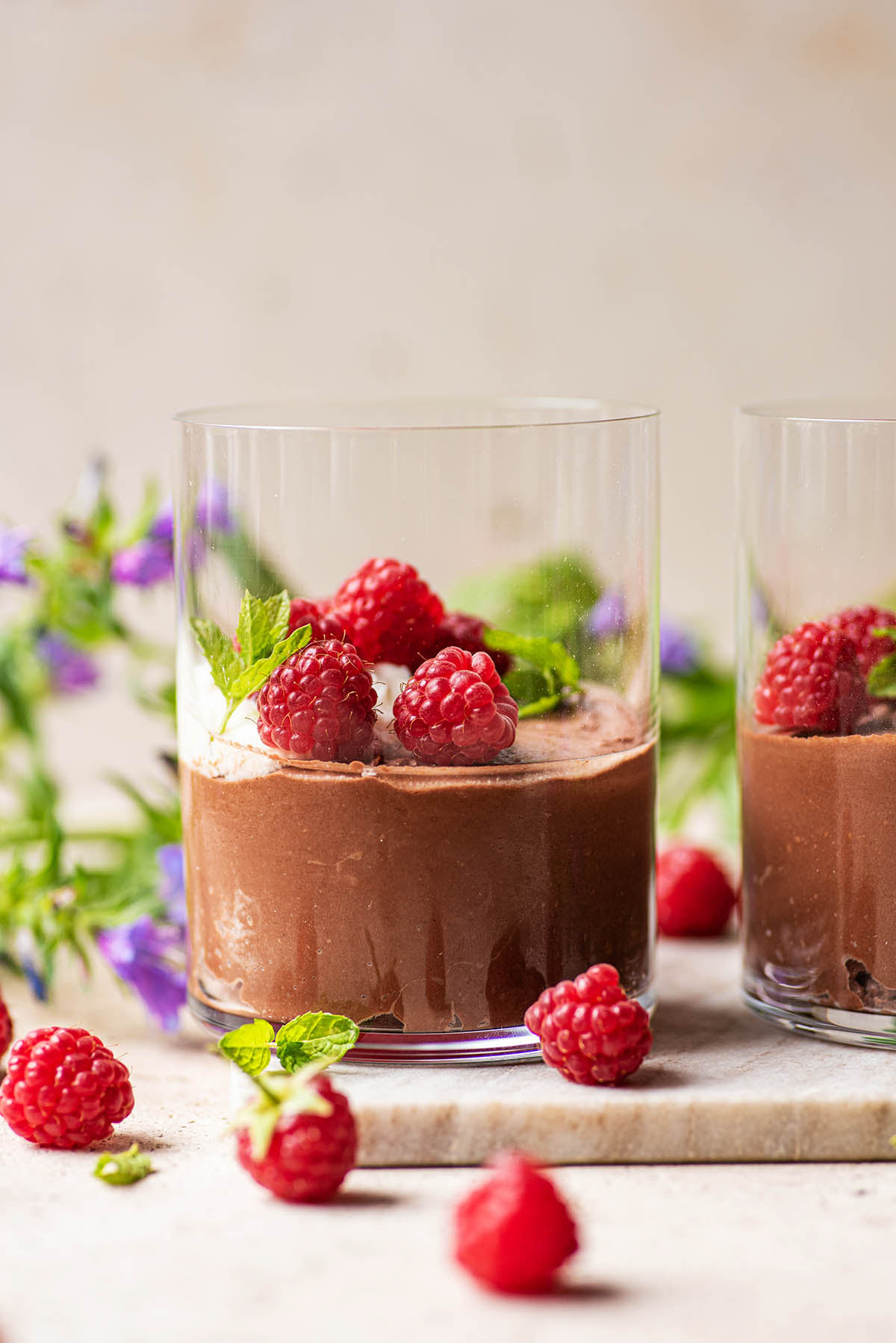 Although a vegan chocolate mousse will never exactly replicate a egg-based chocolate mousse, this one comes pretty close, and you don’t need to worry about eating raw eggs. Plus! You need less time and less ingredients. A win win, really.

This really does take about five minutes to make, plus about half an hour of chilling time. Topped with some berries or other fruit, it makes a really nice light and fresh dessert, but still chocolate.

While this version uses coconut milk, you can make a water-based version. Try this chocolate orange mousse, made with only chocolate and orange juice.

A bit like vegan chocolate ganache, this is lighter as it’s made with cocoa instead of melted chocolate. Once refrigerated, the texture is surprisingly similar to classic mousse and absolutely delicious.

1. Whip the cream: add the chilled coconut cream to a bowl and whip until fluffy.
2. Add the flavourings: add the cocoa, maple syrup, and any spices.

3. Mix again: until just combined, but don’t take it too far now. You’ll notice that it thickens slightly from the cocoa.
4. Chill and serve: spoon into serving dishes and chill before topping and serving.

It’s possible to serve this immediately after mixing. It has more of a pudding texture in that case, and sets into more of a mousse when chilled. Both are good!

As with coconut whipped cream, some brands of coconut milk may work less effectively for this, though I haven’t often run into that. As long as the coconut cream is solid when you take it out of the can it should work fine. Shake the can before you buy or use it – if it audibly sloshes around, it’s no good for this.

Storage: this is best after refrigerating, and will keep well for at least three days refrigerated in a sealed container.

Freezing: I don’t recommend freezing the mousse as it will separate once thawed. Make chocolate coconut milk ice cream instead.

If you make this Vegan Chocolate Mousse or any other dairy free dessert recipes on Occasionally Eggs, please take a moment to rate the recipe and leave a comment below. It’s such a help to others who want to try the recipe. For more OE, follow along on Instagram, Facebook, and Pinterest, purchase the Occasionally Eggs cookbook, or subscribe for new posts via email.

• Chilling the mousse is optional if you prefer more of a pudding texture. It can be eaten immediately but needs to be refrigerated to reach the right consistency after mixing.

This post was originally published in February 2015. It has been updated with all new photographs and improvements to the text as of September 2020.