March 30, 2020 by Alexandra Daum
An easy spelt bread recipe, made with 100% whole grain spelt flour, for the perfect sandwich bread. You're just over two hours away from homemade bread, and about 10 minutes of active kitchen time.
Jump to Recipe 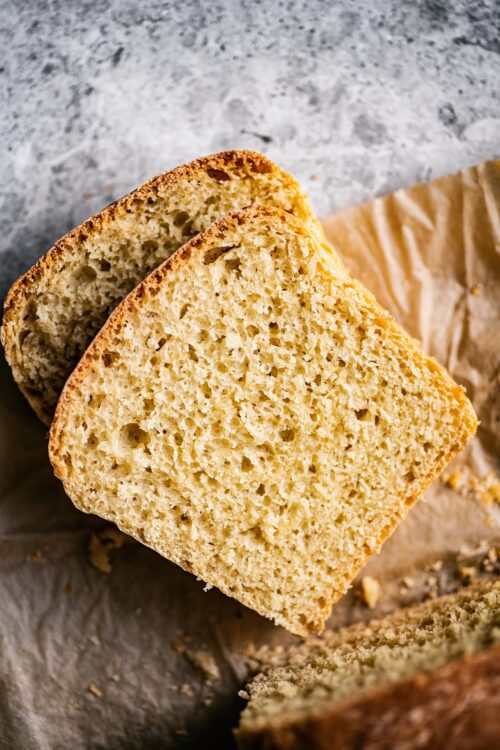 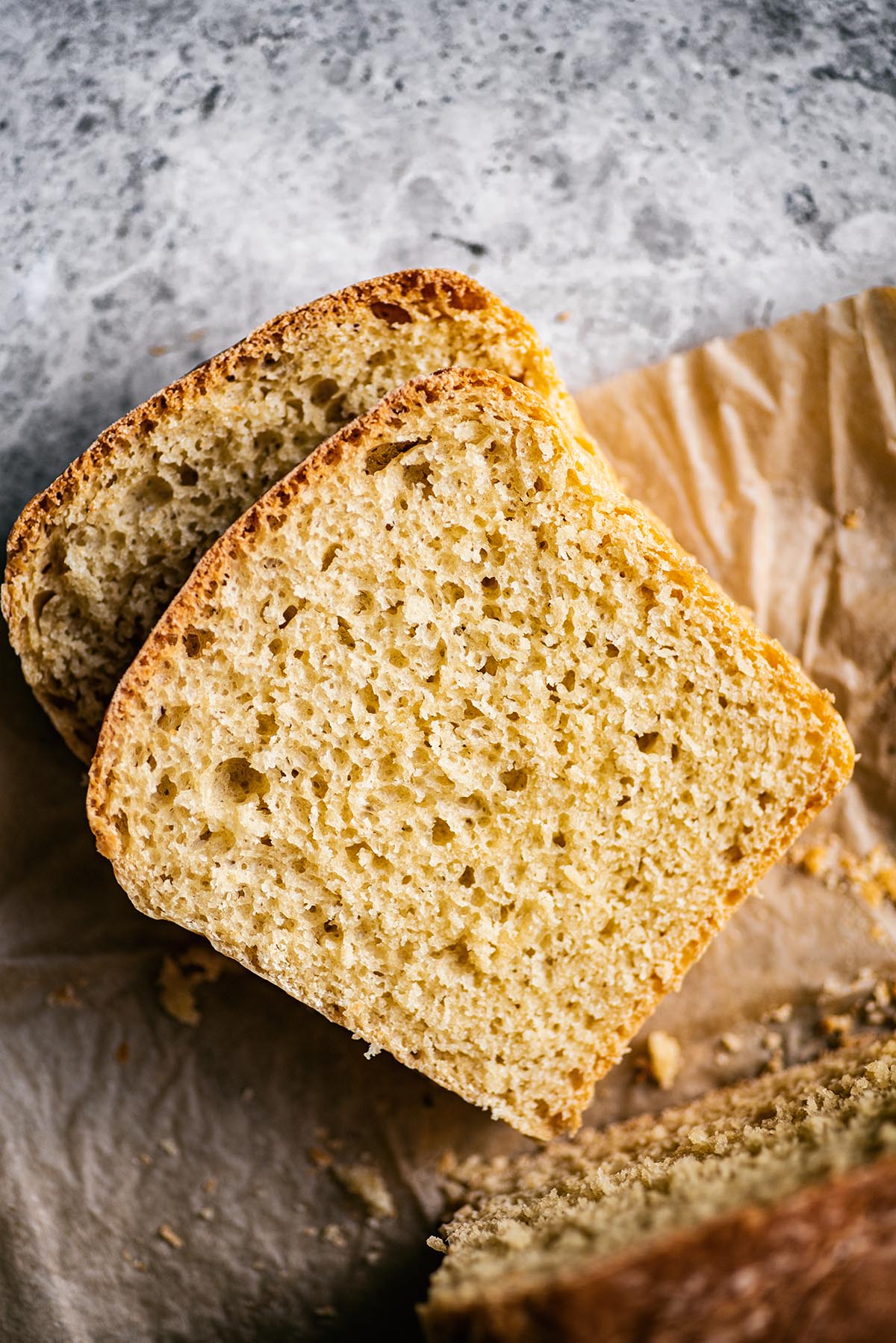 This post was originally published in April 2015. It’s been updated as of March 2020 with new pictures, improved text and instructions, and a video.

I have a serious crush on homemade bread. Who doesn’t? I’m always happy in the kitchen, but baking bread always puts a smile on my face. The smell, the way the dough feels, and watching what sometimes feels a science experiment turn into something so tasty.

Nothing beats a loaf of bread fresh from the oven. This is a nice, simple sandwich loaf made with 100% whole spelt flour. If you’re looking for a good basic toast/sandwich bread, this is it. It’s my staple bread recipe.

The recipe calls for sprouted flour, which has a couple of awesome qualities – it’s easier to digest than regular flour (both spelt and conventional wheat) and it makes for a lovely light bread. Keep in mind, though, that it won’t last quite as long as other breads, so eat it pretty quickly.

It’s easier than you think, really. You can watch the video for some ideas on how kneading should happen, etc. but it’s pretty basic. For this recipe, you just need yeast, flour, a bit of sweetener, water, milk, and olive oil. If you read through this, watch the video, and still think this might be a bit much, try this no-knead spelt bread first.

The 10 minute sit with the water, yeast, and honey is important – first, it’ll tell you that your yeast is still active, so you don’t waste a bunch of time and ingredients with dead yeast. Second, it’s supposed to help your dough rise faster but that only really matters if you’re using traditional yeast.

There’s a range in the amount of flour you need for this recipe because it depends on a few factors. The big one is that when measuring by volume (cups) the density will vary between flour types and your measuring method.

If you’re using gram measurements then you don’t really need to look at the range, but flour absorbability does vary between types so you will likely need a bit more or less. I use about 3 1/4 cups or just under 500 grams when I make it with the type of flour I use but have used much less with Canadian flour types.

The recipe calls for sprouted spelt flour, but you can see in the video that I use a lighter flour – it’s sifted or light spelt because I didn’t have sprouted. You can also use regular whole grain spelt, or a mix of any of the three.

This is a specifically spelt bread recipe, but if you don’t have enough on hand for the full recipe or want to sub something else, kamut, einkorn, or any other ancient grain can be used (and whole wheat/all purpose, of course). I haven’t tried making this recipe gluten free because it is spelt bread.

You can use dairy milk for non-dairy if you drink it, which can be said for just about any recipe. Any kind of liquid oil can be used instead of olive – just avoid very strong tasting oils like sesame. There is no substitution for yeast unless you’d like to try a spelt sourdough.

If you’d like to add some things in to this recipe, look to this honey and oat bread, also made with spelt flour. And if you love baking with spelt, almost all of my bread recipes are made with a base of spelt flour.

You can find spelt flour just about anywhere these days – most grocery stores carry it, you can order it easily online, and bulk barn carries light, whole grain, and sprouted. It’s a great flour and my go-to.

In the video, you can see that I roll the bread up into a log before placing it into the tin. This makes a nice tidy looking loaf and you can do that if you like, but it’s not essential – you can also just plop the dough into the tin and go.

* Sifted or light spelt, regular whole grain, or sprouted can all be used interchangeably in this recipe. See above for more substitution guidelines. ** By standard size, I mean a loaf tin anywhere around 9x5in / 23×13. Mine is slightly longer and narrower than usual and it’s also fine. • If using a standing mixer, you may need to reduce the kneading time, as they work much more quickly than kneading by hand. Go by the look and feel of the dough – if it’s smooth and no longer sticky, it’s ready, even if it’s only been four minutes.