May 1, 2017 by Alexandra Daum
These easy & healthy whole grain spelt tortillas are so easy to make, without any resting time and only five ingredients, that you might stop buying them.
Jump to Recipe 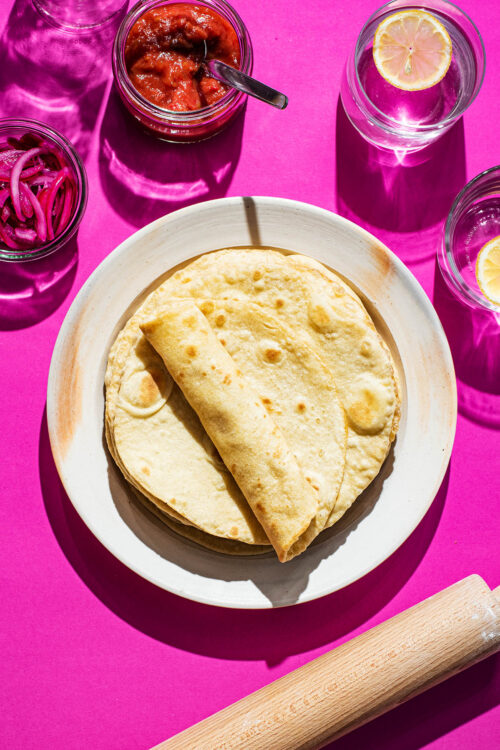 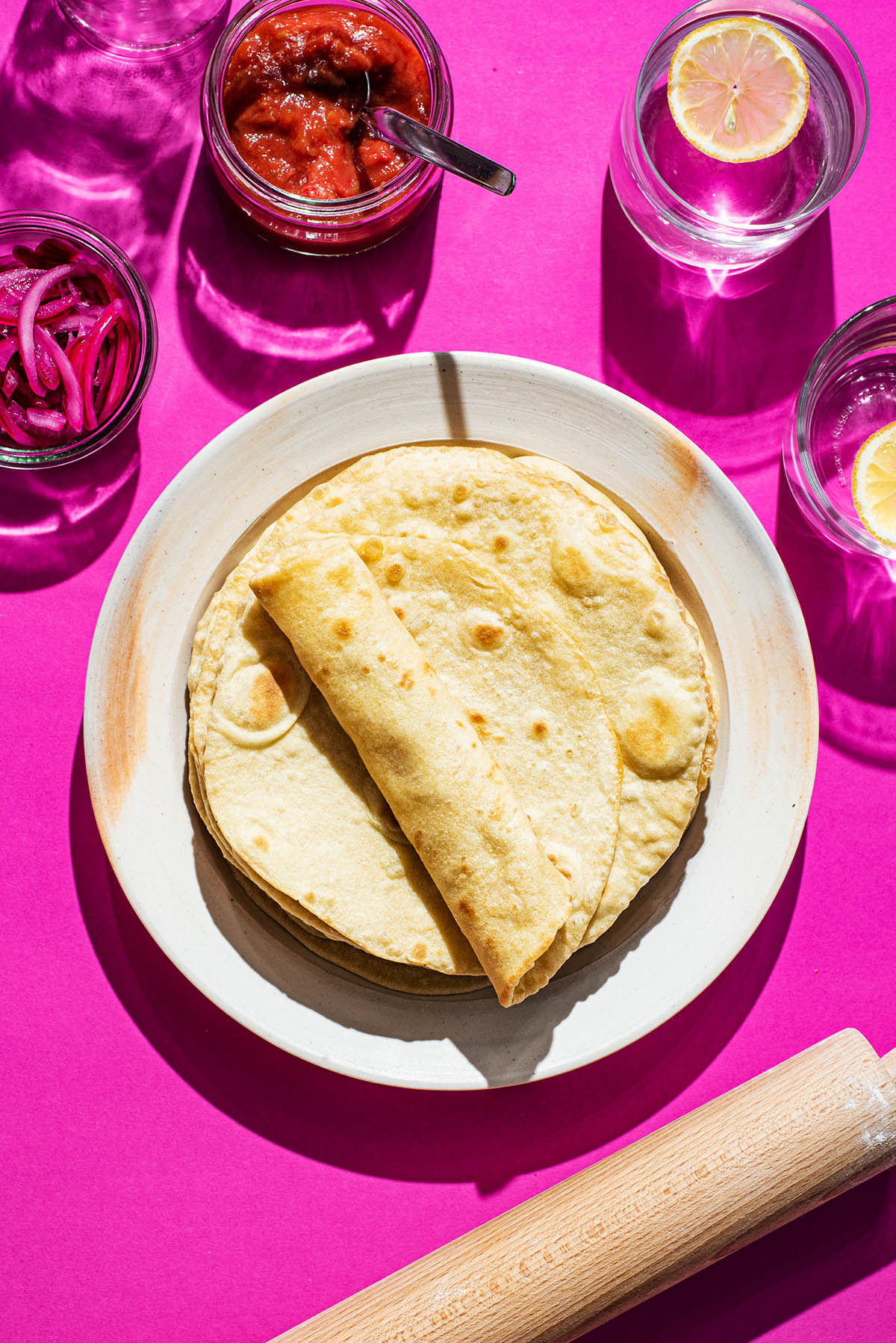 A staple recipe for us, spelt tortillas are in the regular rotation and can be used in so many ways. I first started making these more regularly years ago because it was impossible to get good tortillas in Germany and never stopped! This is a really simple five ingredient recipe.

You might think you don’t have enough time to make these easy tortillas, but you probably do. The trick is to toss whatever you’re filling them with in the oven while you make them so that you end up with dinner on the table in the same amount of time anyway. We often make refried beans with the tortillas and then just have a burrito with raw veg, or roast up some cauliflower for vegan cauliflower tacos.

It ends up taking about 15 minutes total, but that’s with some practice quickly rolling and frying, so it might take a little longer the first couple of times you make them. The trick is to roll them out as thin as you can, and use enough just flour so they don’t stick to the counter.

1. Mix dry ingredients: whisk the flour, salt, and baking soda in a mixing bowl.
2. Knead the dough: add the water and oil, then knead until the dough comes together.
3. Divide: split the dough up into roughly equal pieces.
4. Form balls: roll the dough into balls (this makes for better final shapes).

5. Roll out: use a rolling pin to roll very thin, or a tortilla press if you have one.
6. Cook: for a few seconds on each side, until bubbled up and lightly golden.

The tortillas might be a little crunchy when they first come out of the pan if they’re a touch overcooked, but they soften up quickly and are very roll- and fold-able. Cover with a damp tea towel while you continue cooking.

I reduced the original amount of baking soda by half from the original recipe. If you want puffier tortillas, use a half teaspoon, but please note that they tend to taste slightly metallic with that much.

Storage: best fresh, these can be kept in a sealed container for a couple of days. If you plan on storing them, it’s best to use leftovers for something like quesadillas rather than a recipe where they’ll need to be flexible, like a wrap.

Freezing: the tortillas do tend to harden and dry out after freezing and don’t work very well for wraps after they’ve been frozen. I’m testing an alternative that uses some starch to make this a better option, but for the time being, only freeze if the tortillas will be used for something like chips.

If you make these Spelt Tortillas or any other vegetarian sides on Occasionally Eggs, please take a moment to rate the recipe and leave a comment below. It’s such a help to others who want to try the recipe. For more OE, follow along on Instagram, Facebook, and Pinterest, purchase the Occasionally Eggs cookbook, or subscribe for new posts via email.

* You can use all whole grain spelt, all light, or a mixture of light and whole grain.

This recipe was first published in May 2017. it has been updated with very slight changes to the recipe as of January 2023.