April 2, 2017 by Alexandra Daum
This vegan coconut yogurt labneh is a dairy free alternative to the thickened yogurt "cheese", labneh, a Middle Eastern staple. Eaten sweet or savoury, labneh is a wonderful addition to just about any meal and makes a great vegan cream cheese, too.
Jump to Recipe 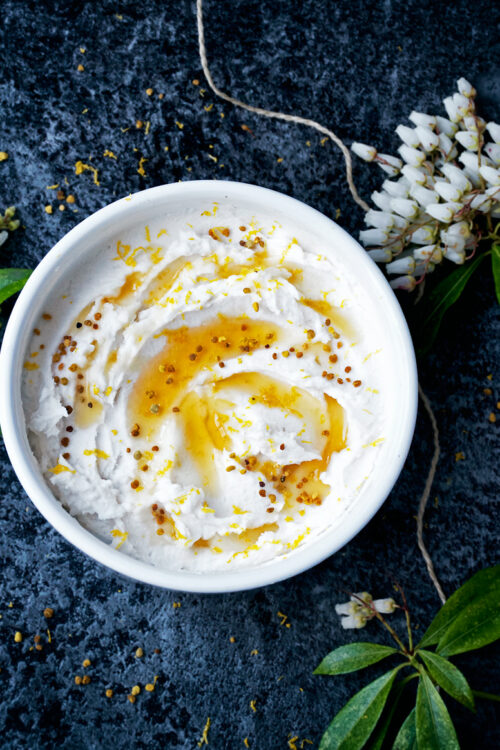 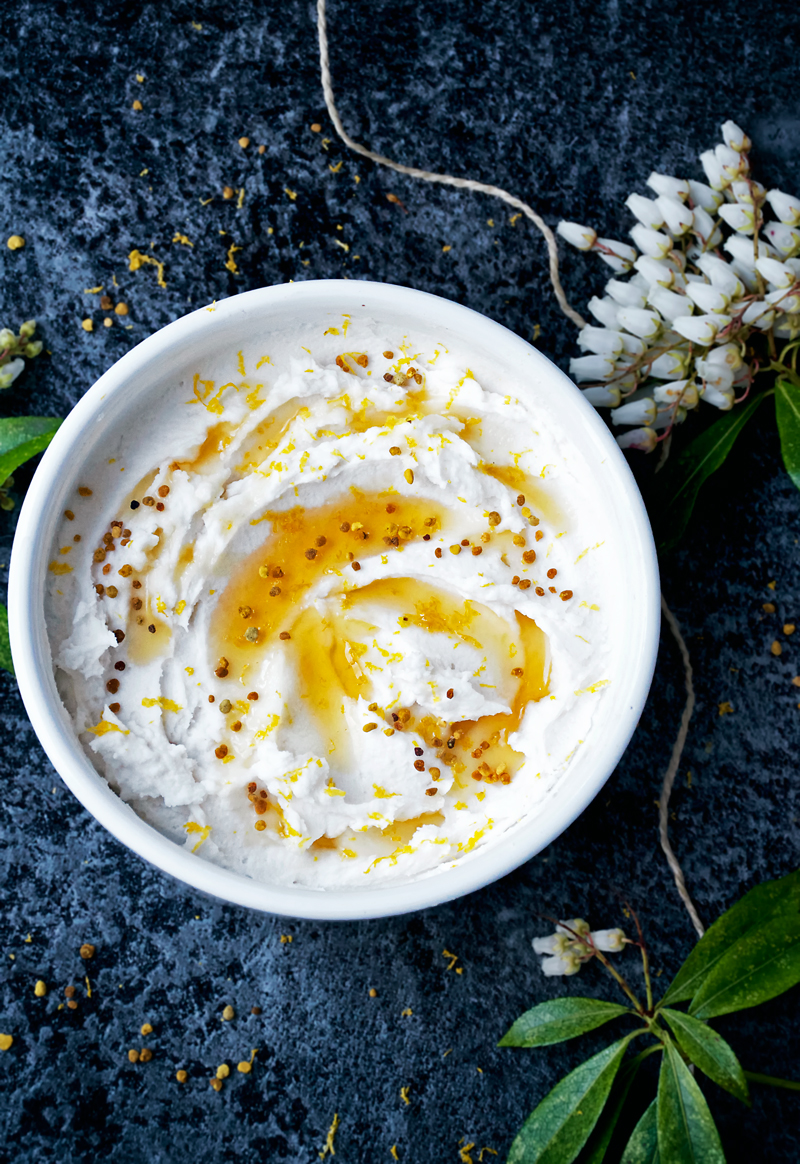 Hey there, vegan labneh! Did you know that you can make vegan labneh (a kind of cream cheese) from coconut yogurt? I didn’t! It’s the best thing since sliced bread and I’ve been adding it to everything – no weird stuff, and just three ingredients altogether for vegan cream cheese.

The only thing I consistently miss since giving up dairy is cream cheese. Not on bagels or in cheese balls (ugh) but as icing. The only icing I’ve ever really made is a cream cheese and honey version, and carrot cake hasn’t been the same for a while now. I recently found some local-ish (from Hamburg) coconut yogurt at the grocery store we shop at, and the ingredient list is perfect, so I bought it as a treat. I had tried a couple different types of coconut yogurt in Canada but they were always expensive, disappointing, and filled with junk I don’t normally eat, so I had given up on it. This one is still on the pricey side but worth it.

This brand is called Harvest Moon (look at that beautiful packaging!), is all organic, and as far as I can tell it’s currently only available in Germany and The Netherlands. I’ve heard great things about Coyo, based in Australia, but I’m not sure of other brands. I’m going to try making coconut yogurt at home, though, and I’ll share the recipe here as soon as I can get it right – because even though I love this yogurt, I can’t afford to buy it as much as I want to! There is certainly a coconut flavour, so if you hate coconut then I don’t recommend this recipe. I don’t find it overwhelming in the finished product, as it’s already a little sour as it’s a yogurt, and you also add lemon juice.

The method to make this vegan coconut yogurt labneh is very simple, and you don’t need any special equipment. You’re essentially straining yogurt overnight to make a type of fresh cheese. It is easier if you have cheesecloth, but for the labneh pictured I used a thin tea towel and it worked just as well, with a little extra squeezing.

My toppings clearly aren’t vegan, with raw honey and bee pollen, but can easily be altered to suit you. I used this batch for a cream cheese icing with a carrot cake recipe that I’ll be sharing soon, and I think it would be nice with a whole host of other treats – crusty bread, fruit, granola, and so on.

This isn’t a sponsored post – I just really love the product. If I do sponsored posts in the future, though, they’ll be for products like this! 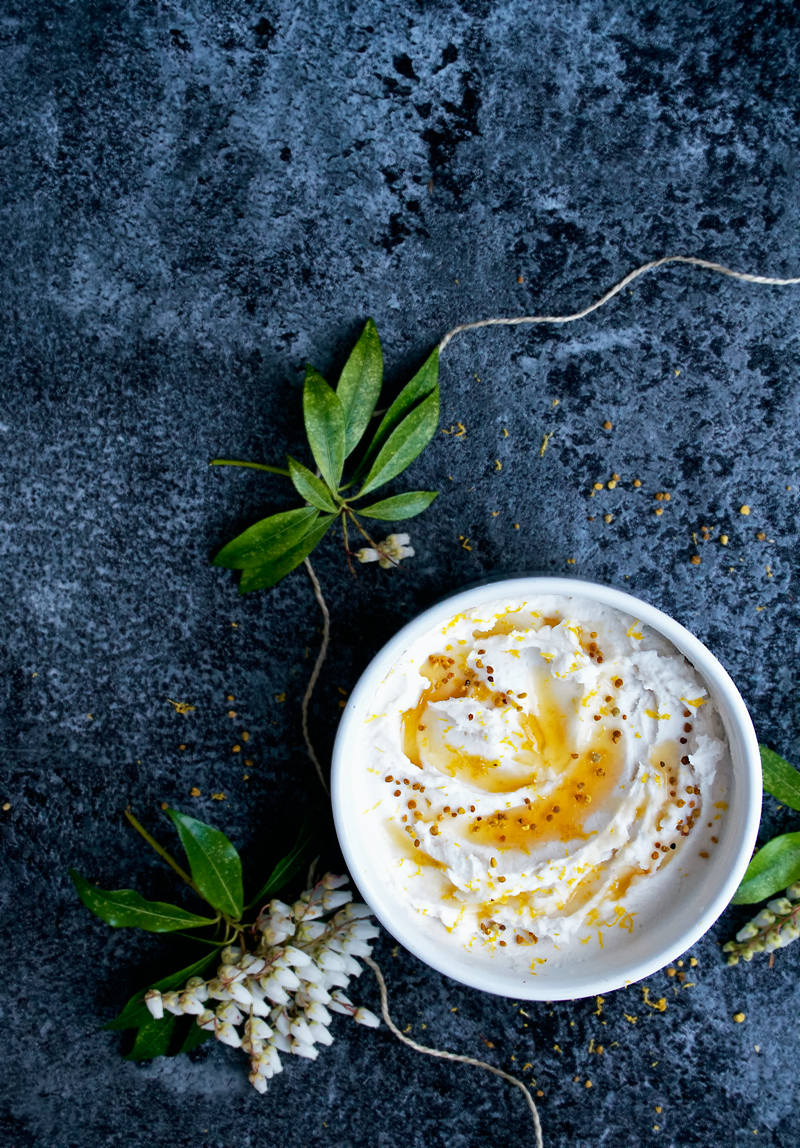