June 4, 2021 by Alexandra Daum
These frozen yogurt vegan blueberry popsicles are swirled with sweet berries and tart lemon zest for a beautiful, fresh summer dessert - without an oven in sight!
Jump to Recipe 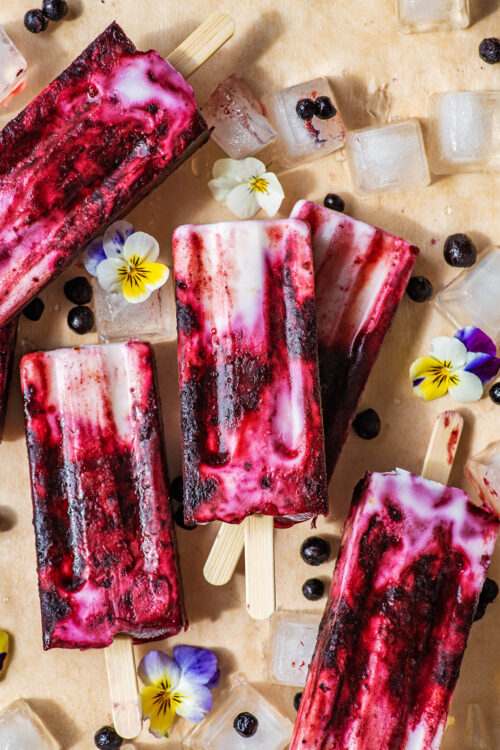 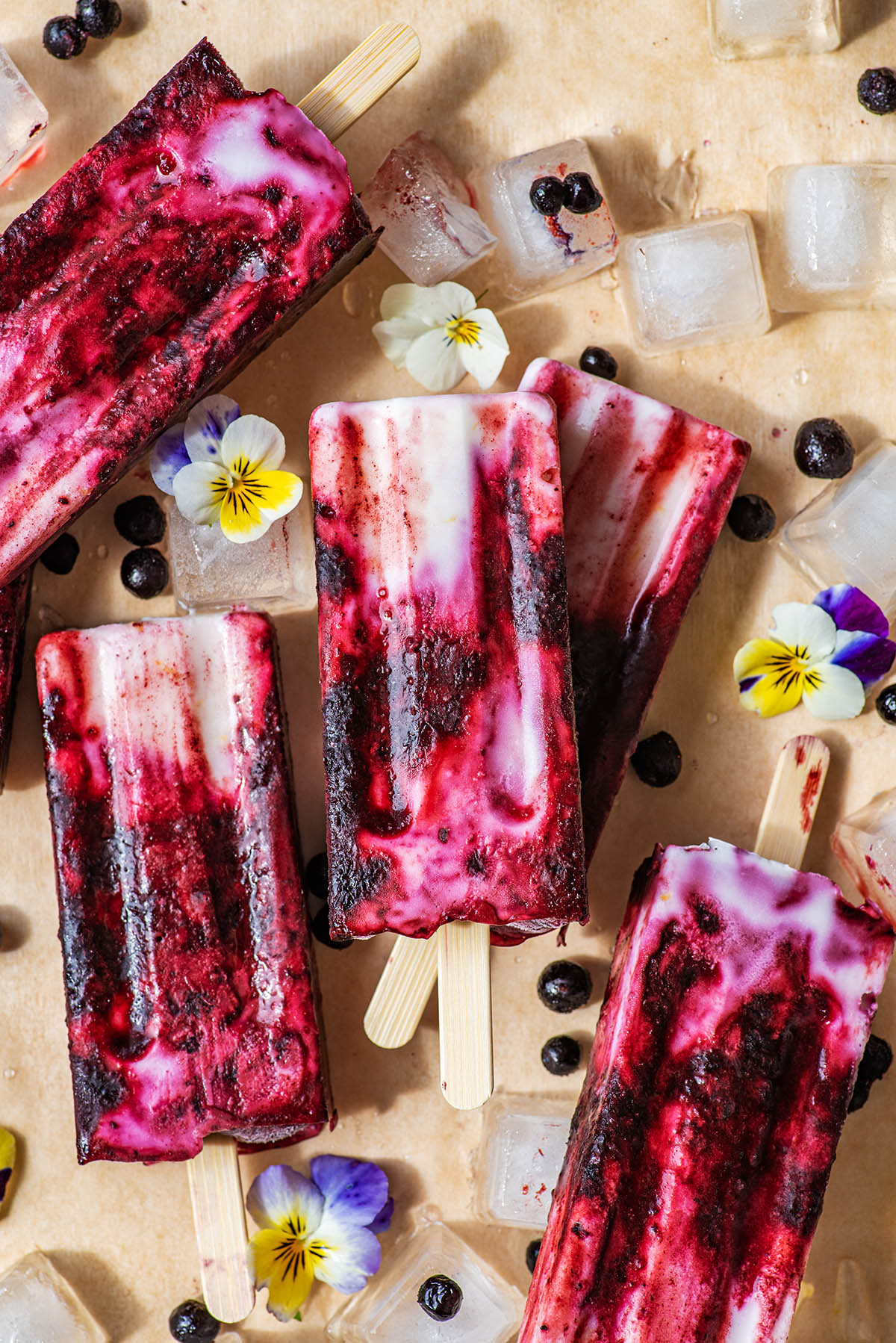 I see a lot of yogurt popsicles pop up during the summer months, and these are a bit like a vegan version of that. Just coconut yogurt, maple syrup, lemon, vanilla, and a blueberry compote.

I have made water based popsicles before (like these elderflower lemon popsicles) but sometimes there’s nothing better than frozen yogurt on a hot day. My peanut butter banana popsicles are on rotation in summer too.

These blueberry popsicles are surprisingly simple, with a total of just five ingredients. Swirled through with sweet blueberry compote, they’re also one of the prettiest easy desserts you can make in a few minutes.

Using coconut yogurt results in a creamy popsicle without any cooking or churning. The lemon makes everything a bit more interesting, without overpowering the sweet blueberries, and is a nice counterpoint to the velvety base.

To easily release your popsicles from the moulds, briefly run each under a little hot water. They should pop right out and it shouldn’t be long enough to melt the outer layer.

You can always make this into ice cream, too! Follow the same guidelines as for this mint chocolate chip ice cream and swirl the blueberry compote in at the end. If you don’t want to invest in your own ice cream maker, though, popsicles are a cheaper, equally good alternative.

Want a different berry? You can use raspberries instead, and they don’t need to be cooked – just mash and go. Other berries work well too, like strawberries or blackberries. You can use frozen or fresh. Alternatively, you can also use pre-made jam.

Full-fat coconut milk is an excellent substitution for coconut milk yogurt, or use regular yogurt if you eat dairy. The coconut flavour is great with the lemon, though. That being said, you can sub lime for lemon!

* If you can’t get coconut yogurt, canned full-fat coconut milk can be used as a substitute. Other plant-based yogurts work too.

This post was originally published in August 2018. It has been updated most recently as of June 2021 with some slight improvements to the recipe.