September 2, 2017 by Alexandra Daum
With just six ingredients and ready in less than 20 minutes, you can't go wrong with these super-easy coconut oil biscuits. American style, these are fluffy vegan biscuits (scones) made with spelt flour.
Jump to Recipe 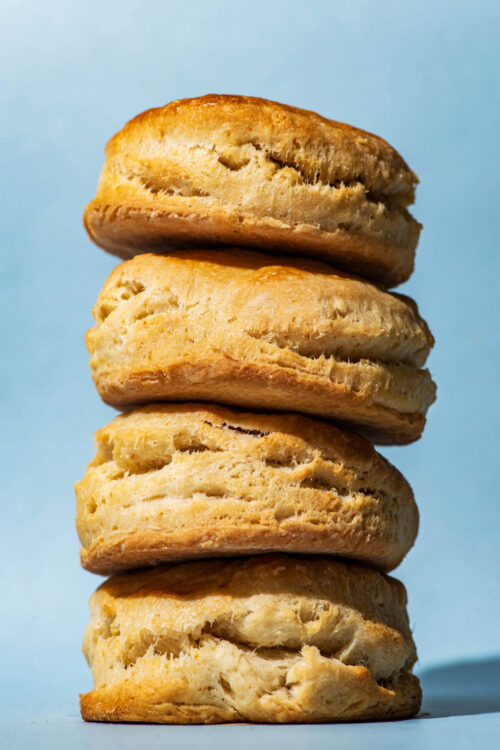 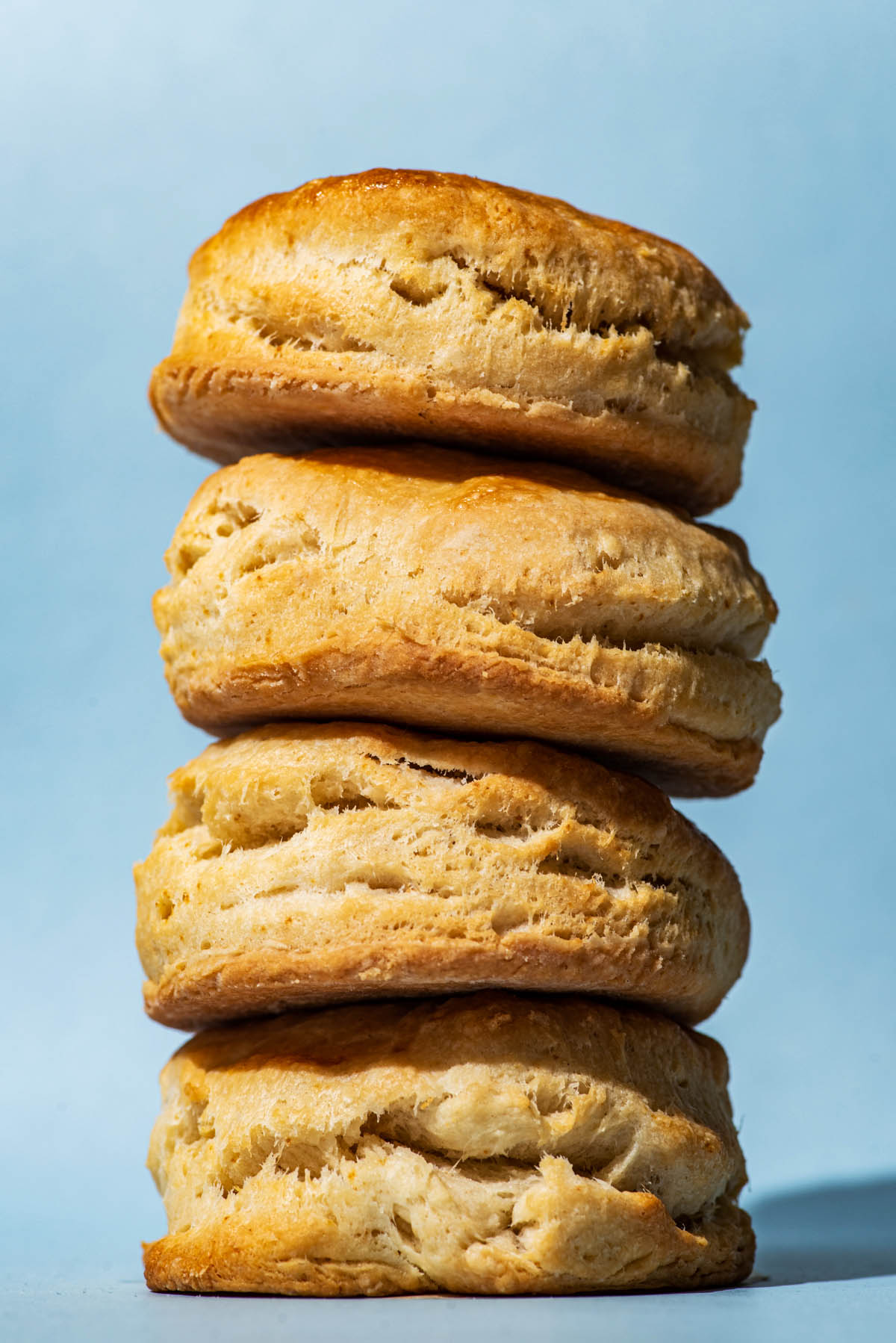 While I usually make a loaf of dark rye bread or lighter sourdough rye bread each week, sometimes it’s nice to have a quick biscuit recipe on hand for soups or as a simple side dish. These can be on the table in less than 20 minutes – about the time it takes for soup to cook!

With just six ingredients, you can’t go wrong with super-easy coconut oil biscuits. American style, these are fluffy risen biscuits made with baking powder, just right with a bowl of lentil chili. I’ve been making these for over a decade now and they’re always excellent. It’s a great way to make vegan biscuits without have to buy a specific type of margarine.

Perhaps even easier than butter biscuits, there’s less concern with keeping the ingredients as absolutely cold as possible – though it doesn’t hurt – because coconut oil is harder at room temperature in any case. You don’t want to use softened oil.

As these are made with spelt flour they’re also a bit less likely to get ultra tall, but have a nicer overall flavour as a result. You can use other flour types (see below). Homemade vegan buttermilk adds an extra flavour boost and more lift.

1. Mix the dry ingredients: add the dry ingredients to a mixing bowl and whisk to combine.
2. Cut in coconut oil: use your fingers or a pastry blender to mix in the coconut oil.
3. Stir in the milk: use a wooden spoon to stir in the milk until just combined.
4. Fold the dough: transfer to a lightly floured surface, pat into shape, then fold twice to create layers (see video). Pat it out again to the right thickness.

5. Cut out biscuits: use a knife or cookie cutter to cut the biscuits into your desired shape.
6. Bake: place the biscuits onto a baking sheet, brush the tops, and bake until golden.

If you can’t see the recipe video, please watch it here on YouTube instead.

A creamier milk will make for a richer biscuit. Regular oat milk makes them rather light, while full-fat canned coconut milk will result in something more like a tea biscuit or cream scone.

If you want to skip the step of cutting out the biscuits, make easy vegan drop biscuits instead. Use a regular tablespoon to drop portions of dough onto the baking sheet, then bake until lightly golden. Skip the milk wash if making drop biscuits.

A food processor can also be used to mix the dough, particularly useful for incorporating the coconut oil. You have to be careful not to over mix if using a processor, though – be sure to pulse briefly rather than mixing for an extended period.

If the biscuits don’t need to be vegan, you can brush the tops with an egg wash rather than milk. They brown nicely either way.

Storage: biscuits are best served the day they’re baked, but they can be stored in a sealed container for up to three days. They will dry out slightly the longer they’re stored.

Freezing: the dough can be frozen before baking, or freeze the biscuits once they’re finished. To freeze before baking, place the cut-out biscuits onto a tray and freeze until solid. Place into an airtight container, then bake as needed from frozen, but add an extra couple minutes onto the baking time as outlined in the recipe.

If you make these Coconut Oil Biscuits or any other vegetarian sides on Occasionally Eggs, please take a moment to rate the recipe and leave a comment below. It’s such a help to others who want to try the recipe. For more OE, follow along on Instagram, Facebook, and Pinterest, purchase the Occasionally Eggs cookbook, or subscribe for new posts via email.

• If using a larger biscuit cutter, adjust baking time accordingly (just watch until they’re golden). If you don’t want to roll/cut, then make drop biscuits instead. • To avoid any light coconut flavour, use refined coconut oil. * Whole grain or light spelt, or a mix of the two. I’ve also made these with kamut, einkorn, and sprouted spelt flour, all with good results.

This post has been updated most recently as of December 2022 with some slight improvements to the recipe and better instructions.