February 1, 2018 by Alexandra Daum
Vegan bergamot scones made with coconut cream and floral citrus. These healthier, rich cream scones can also be made with lemon or orange zest if you can't find bergamot.
Jump to Recipe 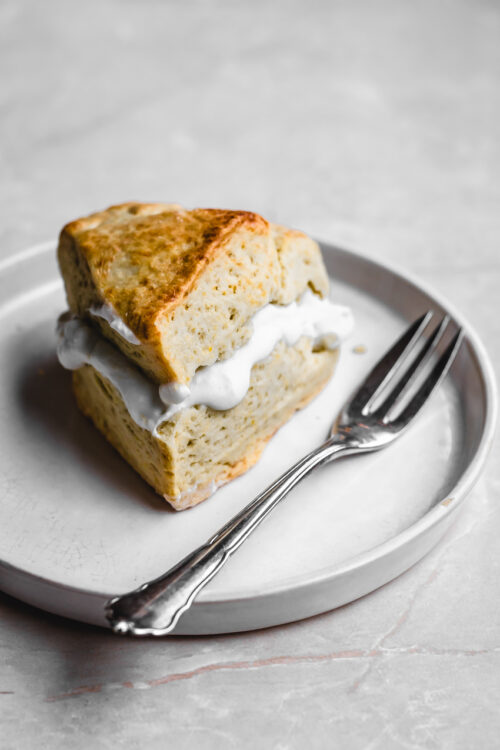 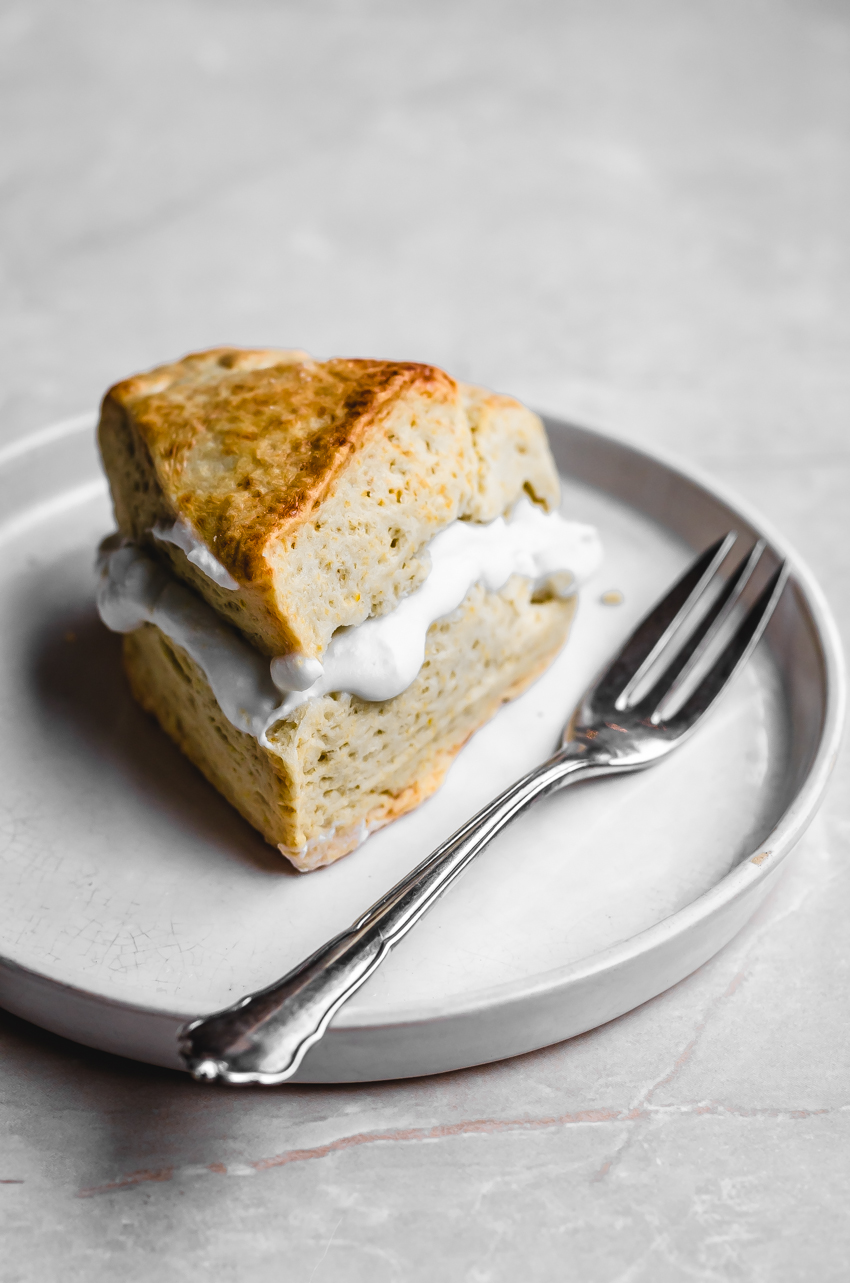 You’re probably familiar with bergamot, even if you haven’t tasted it outside of earl grey tea before. It’s my favourite scent and I use it for everything from deodorant to soaps to yoga. It was a bit of a pleasant shock to find bergamot lemons at the grocery store a few days ago, and they were a touch pricey (over my 4€/kilo rule) but after scratching the skin on one I had to get a couple. It smells amazing.

So I had these citrus fruits that I’ve been obsessed with for years, and then couldn’t decide what to make with them. Most of the recipes I found online were for marmalade and first of all, I only got two, and second, marmalade is the worst.

So when in doubt, scones, right? I ended up treating the bergamot like any other citrus fruit and using the rind in both the scones and a coconut cream to serve them with. It’s much more floral than other citrus fruits I’ve tried and tastes just as lovely as it smells – if you get the right variety! The type I got isn’t true bergamot, but actually citron beldi or bouserra lemon, a traditional Moroccan type that’s often used to make preserved lemons.

The smell is distinctly similar to bergamot and according to David Leibovitz, readily available in France as well as Germany, and referred to as bergamot there as well. A true bergamot, which is green and has a very overwhelming flavour, can’t be used in this recipe. Don’t worry if you can’t find the specific variety I’m using here. This recipe can be made with other types of lemons, or oranges. Meyer lemon might be equally good.

The scones are “cream” scones as in they’re made with coconut cream and not the cow stuff. I’ve been trying, largely unsuccessfully, to make scones for the past few years without butter and cream (or margarine) and they haven’t been great. Until now. I was browsing Wallflower Kitchen a couple of weeks ago and saw that Aimee uses a lot more liquid in her scones than I had been, so I gave it a run with a lot more coconut milk than I usually add.

They turned out so perfectly, you guys. Not too sweet, but rich and soft with a crispy outside. Spelt flour, coconut oil, and a little coconut sugar make a much healthier scone than usual, and they’re pretty easy to make – I use a food processor and don’t chill them. The only thing you really can’t skip is rolling and folding a couple of times. This helps with the layers and gives them some flakiness, but it doesn’t take long. I imagine you could make them without doing that but they won’t be as good, and I’m sure you can make them round, as well.

Make sure you use organic and unsprayed fruits for this recipe and any others that you plan to use the rind. Apart from the issues associated with pesticides, you don’t want to ingest them or the waxes  (often petroleum based) used on the outsides of conventionally grown lemons. 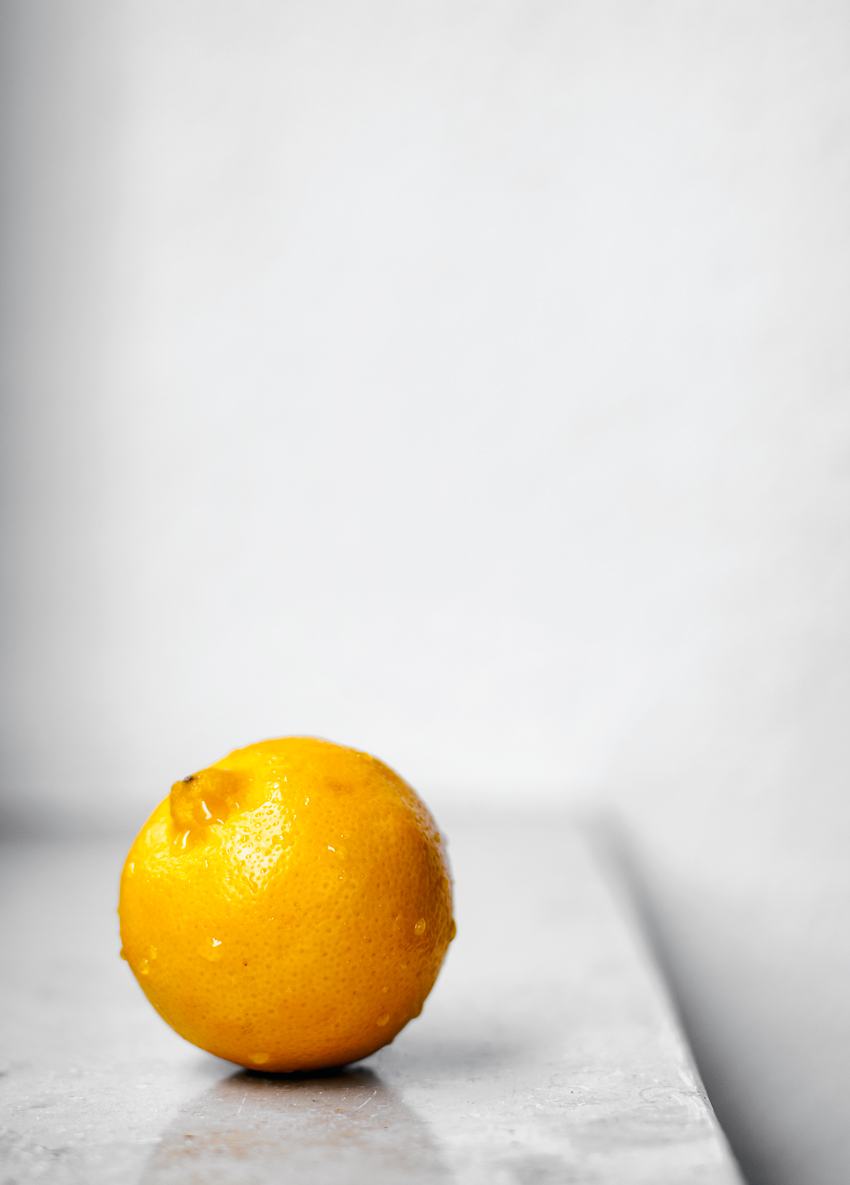 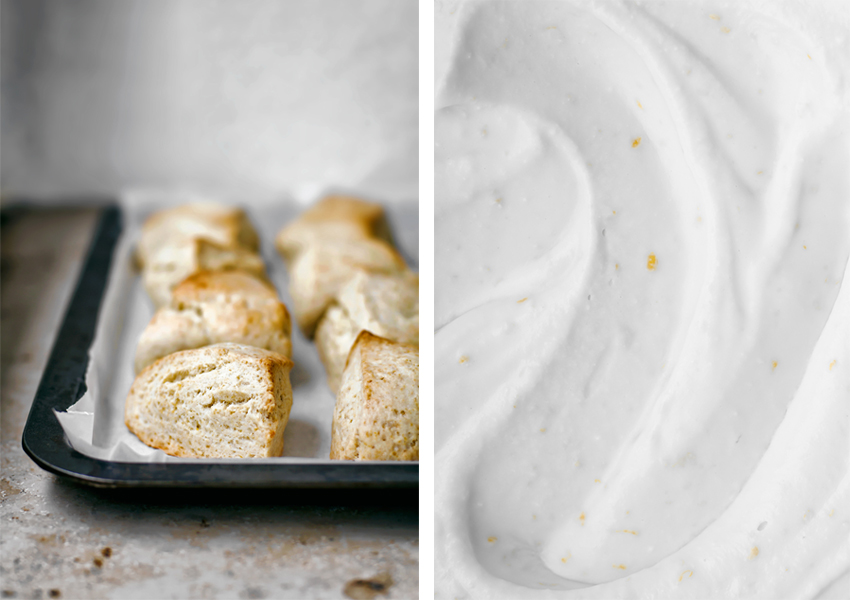 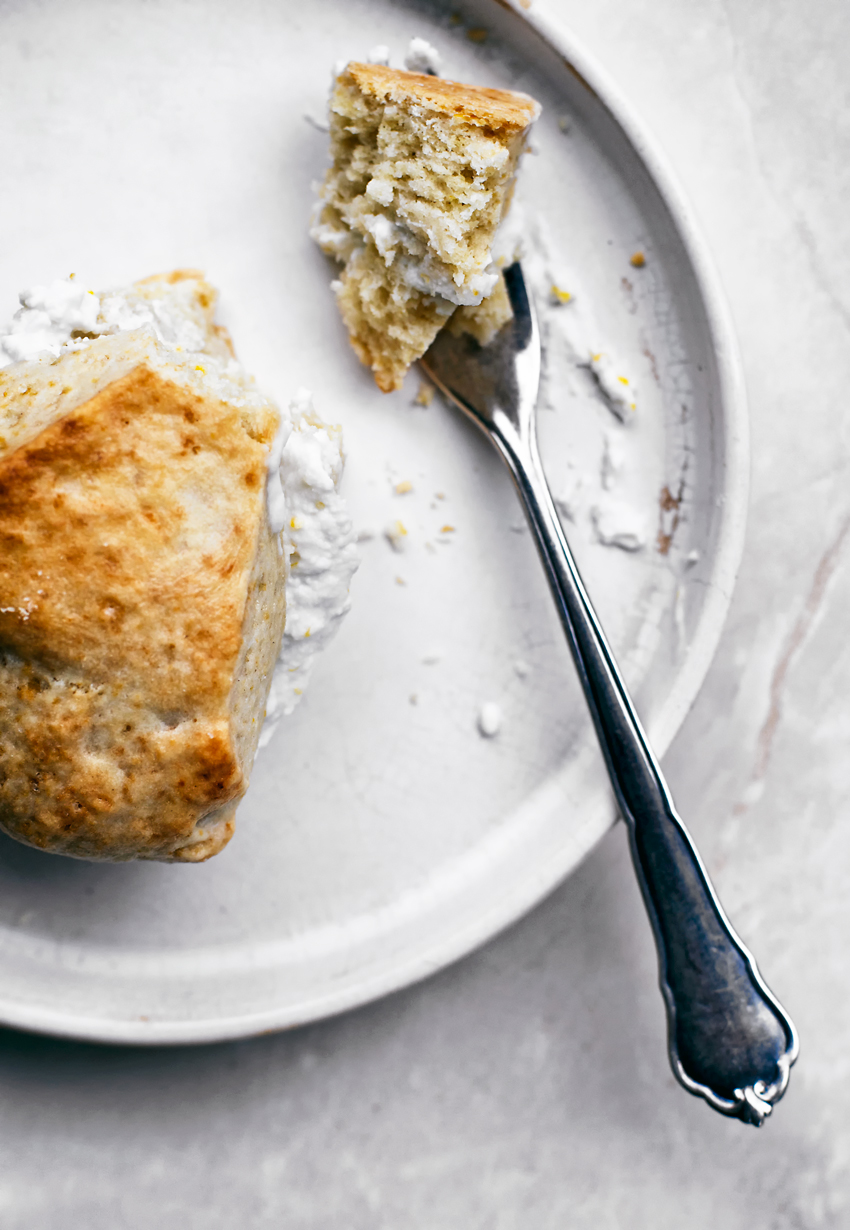 • This does make quite a large batch so if you're not big on the idea of eating your weight in scones within two days, you can halve the recipe.
• You can, of course, make this without a food processor. Simply whisk the dry ingredients together, then add the coconut oil and rub it in with your fingers until it looks sandy. Stir in the cream and lemon with a wooden spoon and roll out as per the instructions above.
• In my experience, you shouldn't need to flour the surface you roll the dough out on. If you're concerned then add just a sparse amount of flour so you don't dry out the dough.
• The coconut milk wash helps slightly with browning and makes the outside a little more crisp, but they won't brown as much as they would if you used an egg wash.
* This is the coconut "cream" scooped from the top of a can of full-fat coconut milk.
**After you've made them once, you don't have to add the milk slowly like this. Some of you may find the dough too wet if you add all the milk at once and may need slightly less (depending on the variety of flour and thickness of the cream) so it's good to go in batches the first time just in case.
***For the bergamot coconut cream, don't refrigerate the can beforehand unless your house is very warm. It's not a whipped cream, more of a loose lemon cream. 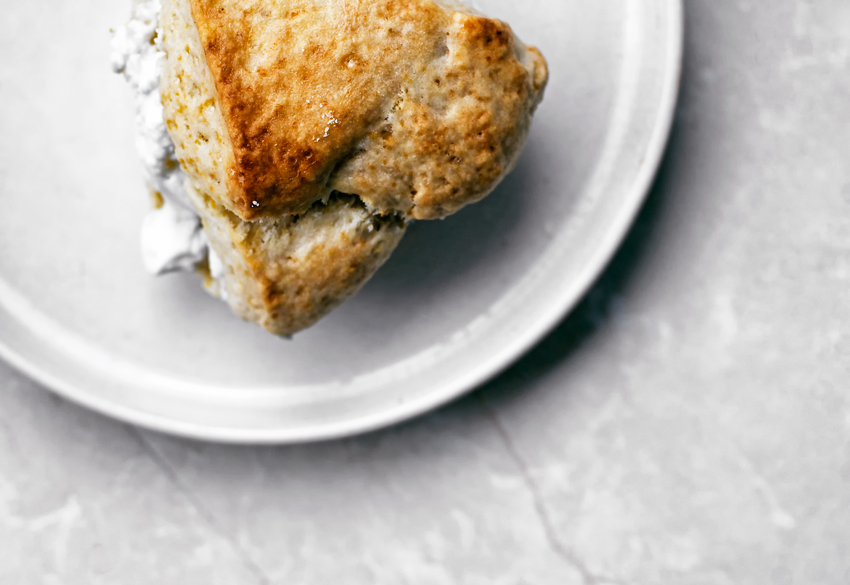