This vegan apple butter is made with crab apples, which are usually left to fall and rot as they’re not edible raw. Cooking them down for apple butter brings out their sweetness and stays tart, for a really nice flavour. This can also be made with normal eating apples. 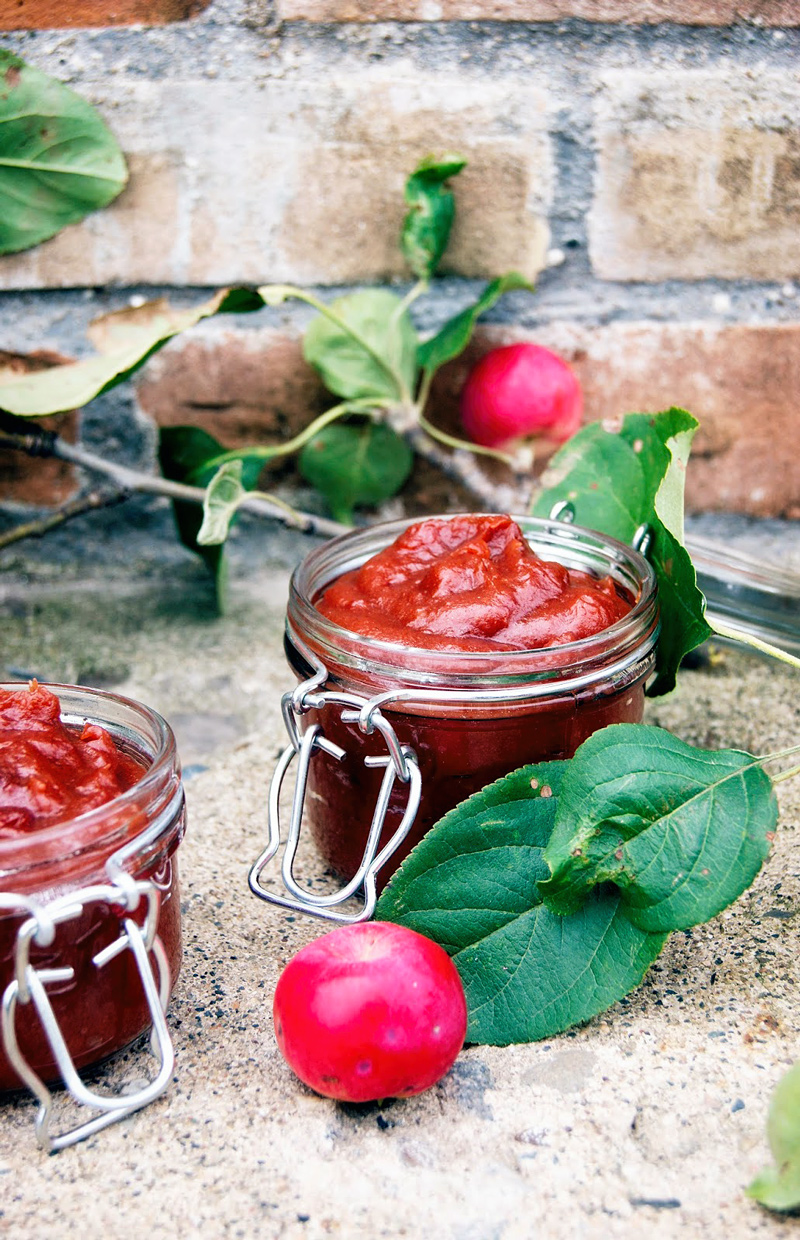 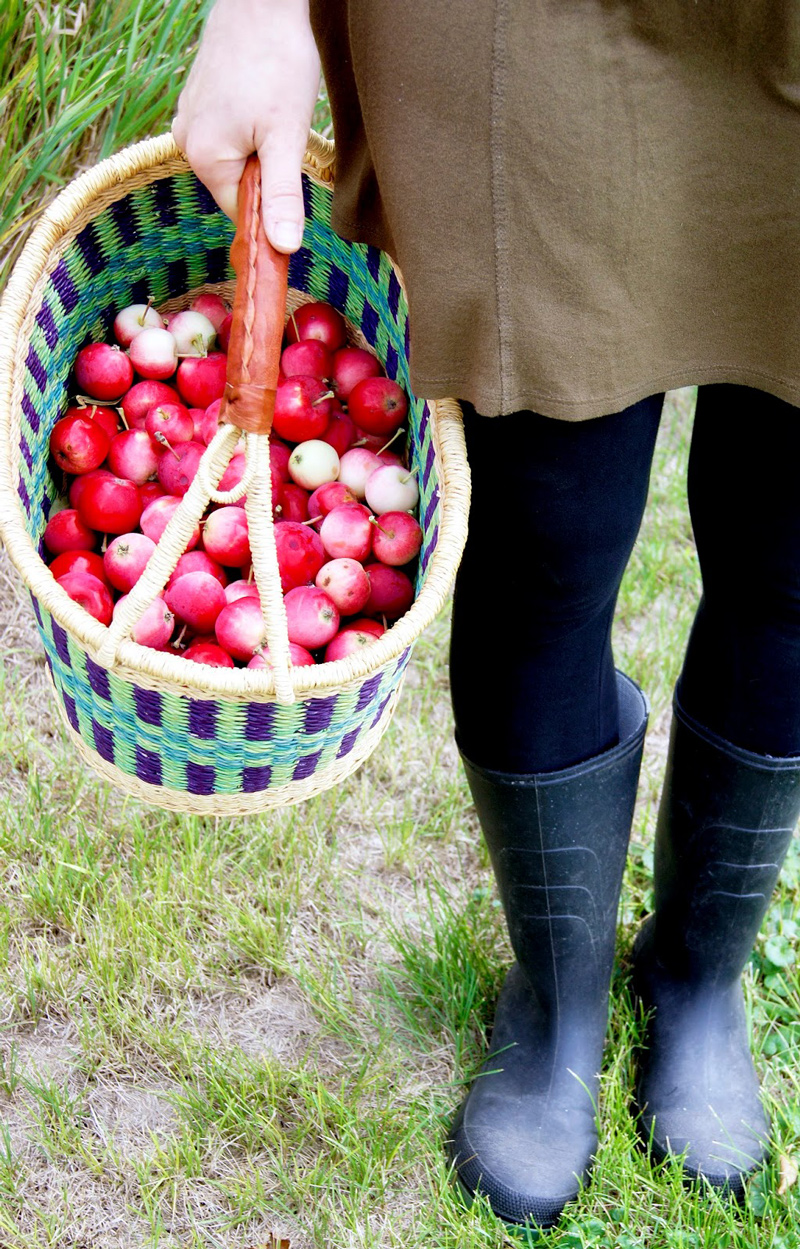 When I was eight years old, we moved to a farm in Manitoba from the GTA. There was a small orchard on the property. My parents still live on the farm, and I’m housesitting this weekend while they’re back in Ontario for a wedding. It’s only half an hour from where I’m living now though, so it’s not like I don’t visit often.

There are apples, crab apples, pears (ornamental only, they’re disgusting) wild plums, and a couple types of cherries lined up near the house (there are also saskatoons, currants, nettles, wild roses, etc. on the property). It’s always a bit of a draw to see what grows that year, and it’s usually a trade-off between a good apple/crabapple harvest, or plums and cherries. This year is an apple-y one.

Have you ever tasted crab apples? It seems like most people have them as ornamentals, because the blossoms are stunning, but don’t use the fruit. They’re very tart compared to standard apples, and aren’t palatable raw. I consider them to be too sour for applesauce, too, but oh baby do they make good apple butter. The extended cooking time brings out some sweetness, as you’re essentially reducing applesauce for a few hours.

Regular apples work well for apple butter too – probably better, actually, because you don’t need to add anything to sweeten it that way. Apple butter is so luxurious and possibly the best thing to put on toast. It makes an especially nice vegan option, because it’s almost creamy tasting. It also costs an arm and a leg to buy, but making it is cheap, albeit time consuming.

There are so few ways to use crab apples, and I don’t like to see them go to waste. An instagram feed I follow, wild food love, suggested making crab apple and hot pepper jelly. That’s next on my list. I’ve picked about 75 pounds of apples this weekend, and there’s at least that much again still on the tree. 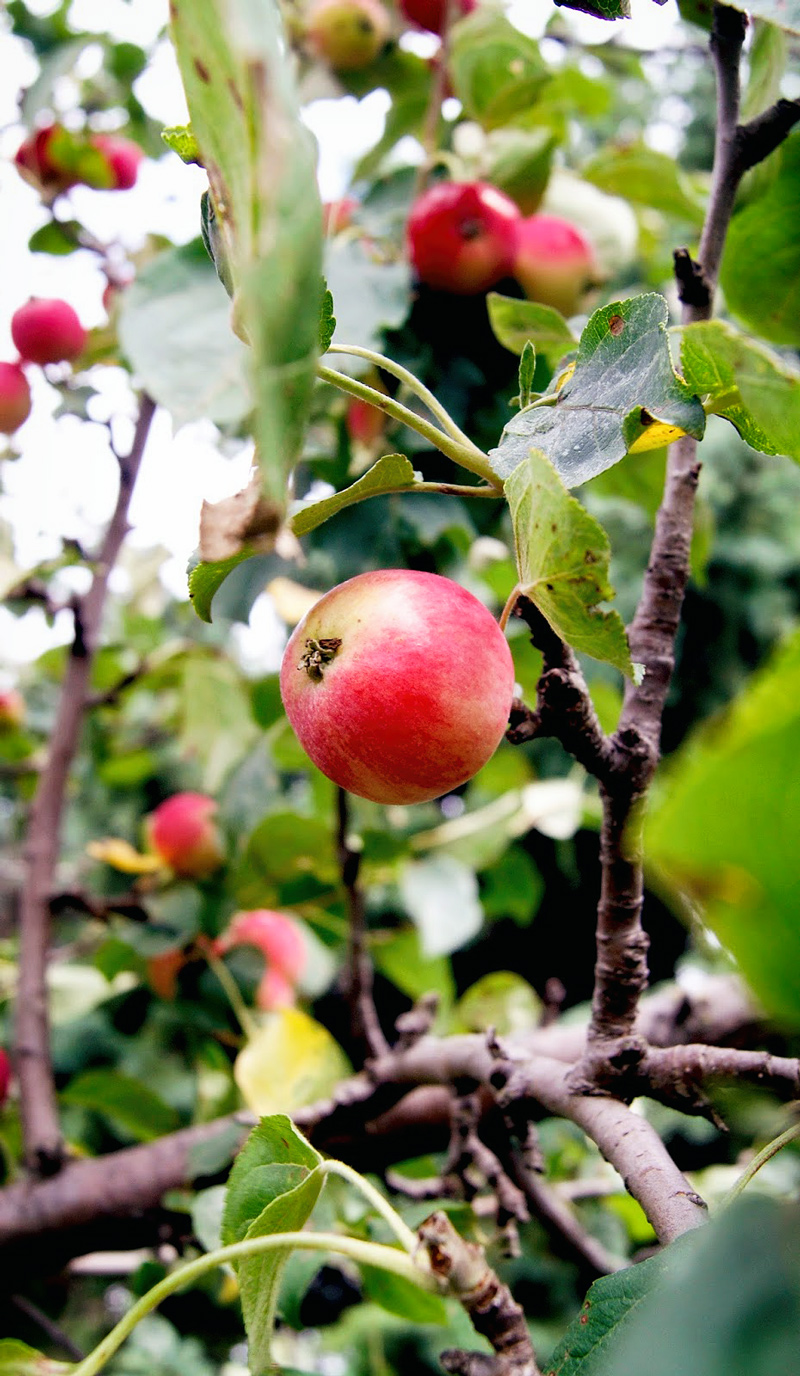 Making apple butter is a bit of a process, but don’t let it intimidate you. I promise that contrary to what you might have read elsewhere, it doesn’t need constant stirring. I stir it about every half hour for the first couple of hours, then a little more frequently once it starts to thicken considerably.

You can make it in a slow cooker if you want to, but keep in mind that it’ll take at least triple the amount of time that way. I have a batch in the slow cooker right now and it’s been going for ten hours. I’m going to end up finishing it in a pan once I have one free.

Apple butter can be preserved, either frozen or canned. I always can it in a water bath and haven’t had any problems with spoilage. I can’t guarantee that this recipe is safe for canning, though, so use caution. Always be careful when canning though, really. It’s a bit dangerous if you don’t know what you’re doing. Just ask for some advice if you’re not sure.

I do have a pressure canner, but crab apples are plenty acidic enough to can in a water bath. (If that was all foreign to you, don’t worry! This isn’t a post about canning.) If you’re unfamiliar with canning, just freeze it if you want it to last longer.

A food mill is seriously helpful if you want to make things like applesauce and crushed tomatoes from scratch, especially if you’re planning on doing a significant amount of canning. I got mine at Canadian Tire, and it’s definitely been a worthwhile investment for me. Otherwise, if you’re making your applesauce from scratch for this recipe, there are a couple ways to go about it.

You can peel and core the apples, cook them down, and then puree in a blender before starting to cook it down. Or, you can throw everything in a pot, then press it through a sieve after it’s cooked. I recommend the first just for convenience, but the second is better for nutritional value. Crab apples are next to impossible to peel/core, so if you are using them without a food mill, you’ll have to press them through a sieve. Alternatively, you can just buy some applesauce to use in this recipe.

I love to eat apple butter just with toast or fresh bread, but also love to add it to apple crumble bars and vegan cinnamon buns (as a filling, along with the cinnamon – so good). 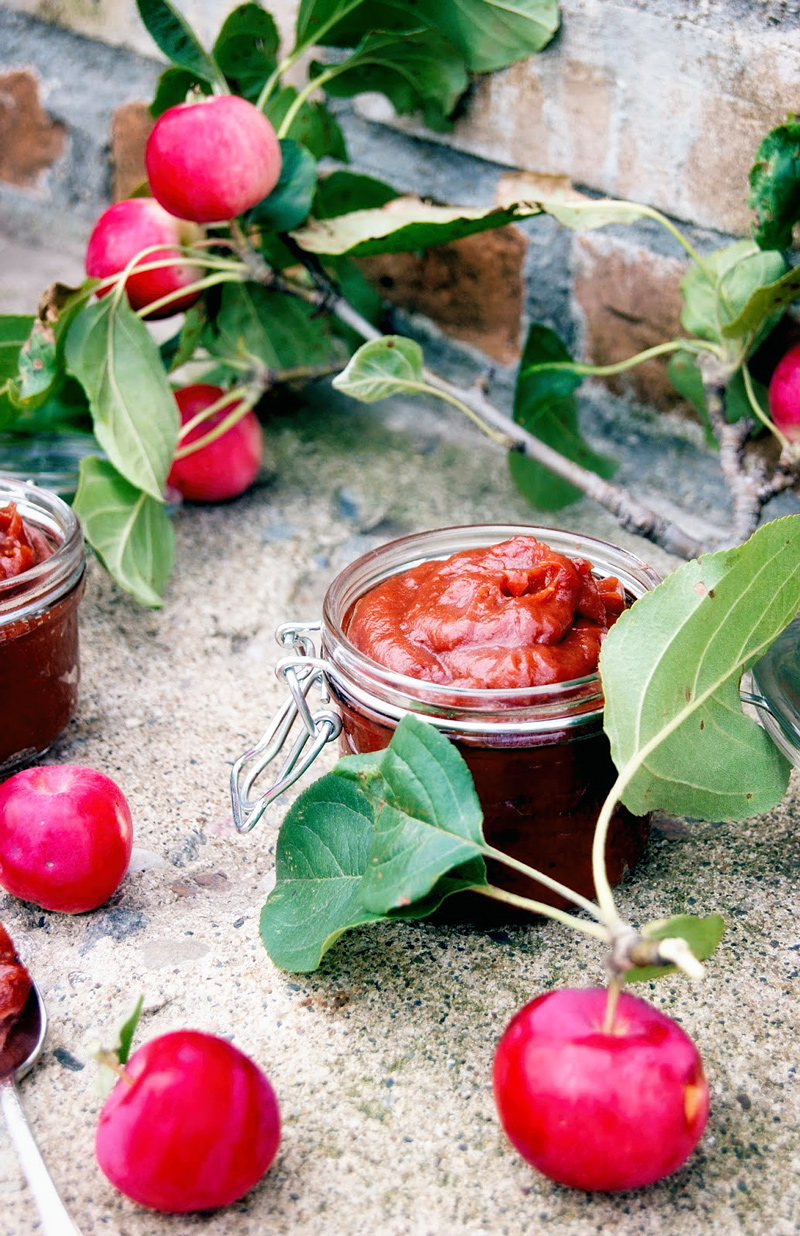 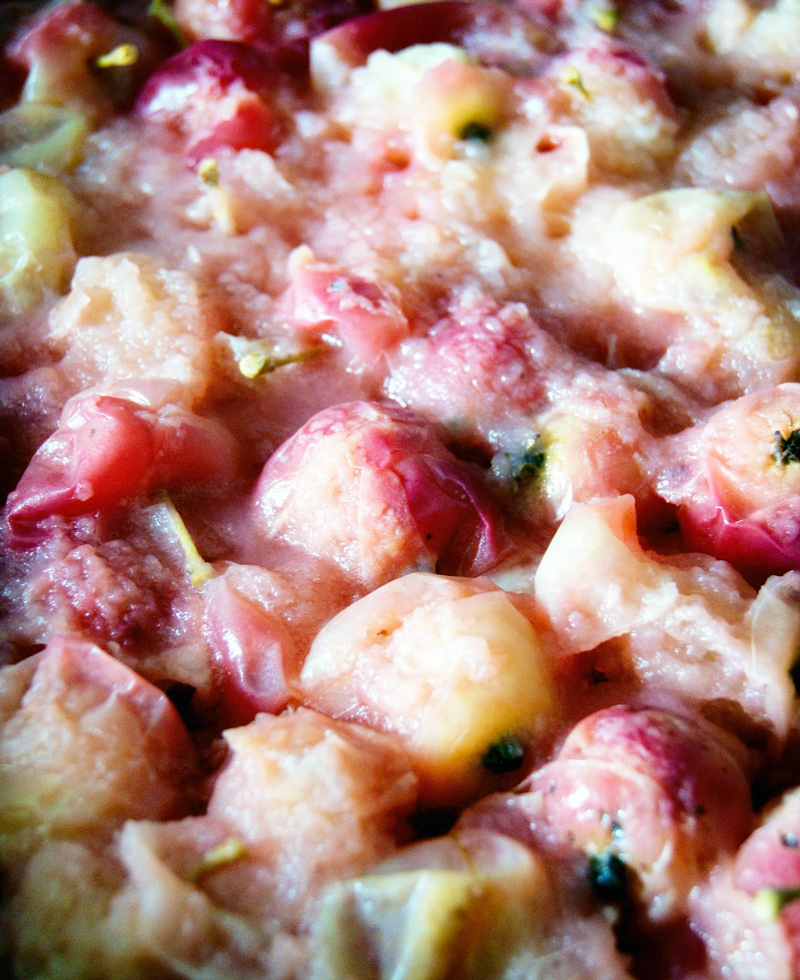 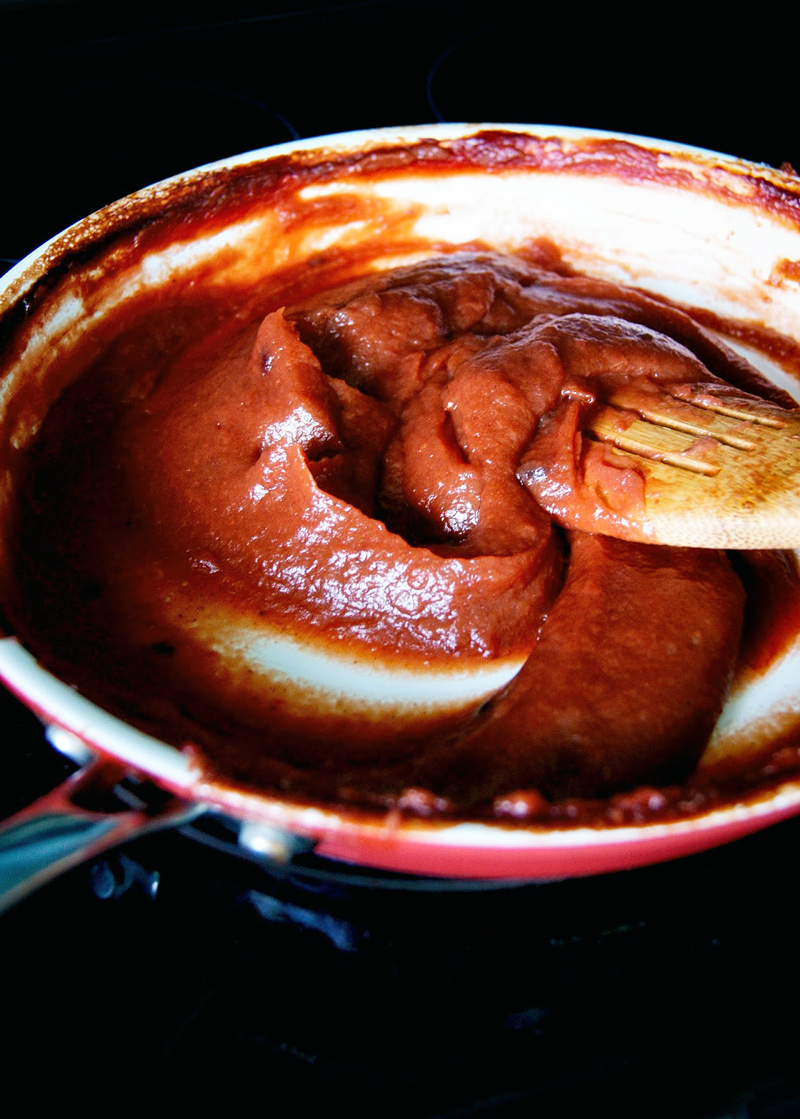 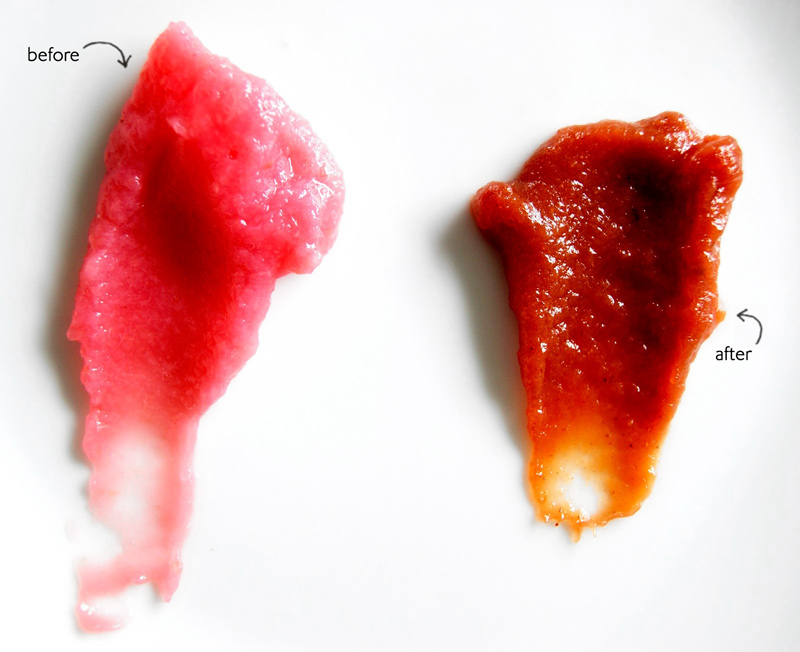 1. Taste before adding anything to sweeten it, as you may not need it depending on the type of apples you use. 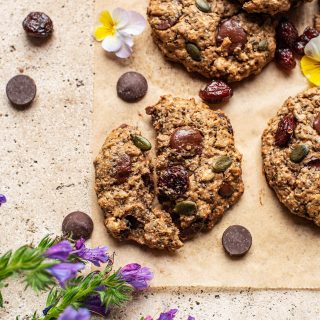