April 9, 2022 by Alexandra Daum
Fruit-sweetened vegan carrot bread made with dates, banana, and ginger makes for a healthier breakfast or snack. Made with spelt flour.
Jump to Recipe 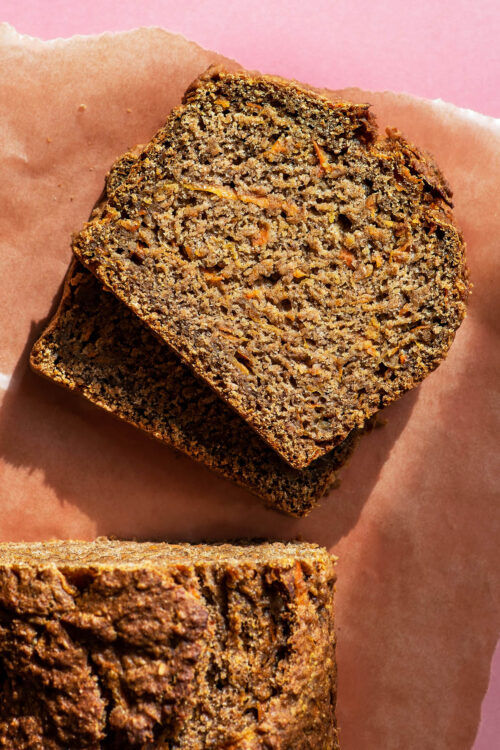 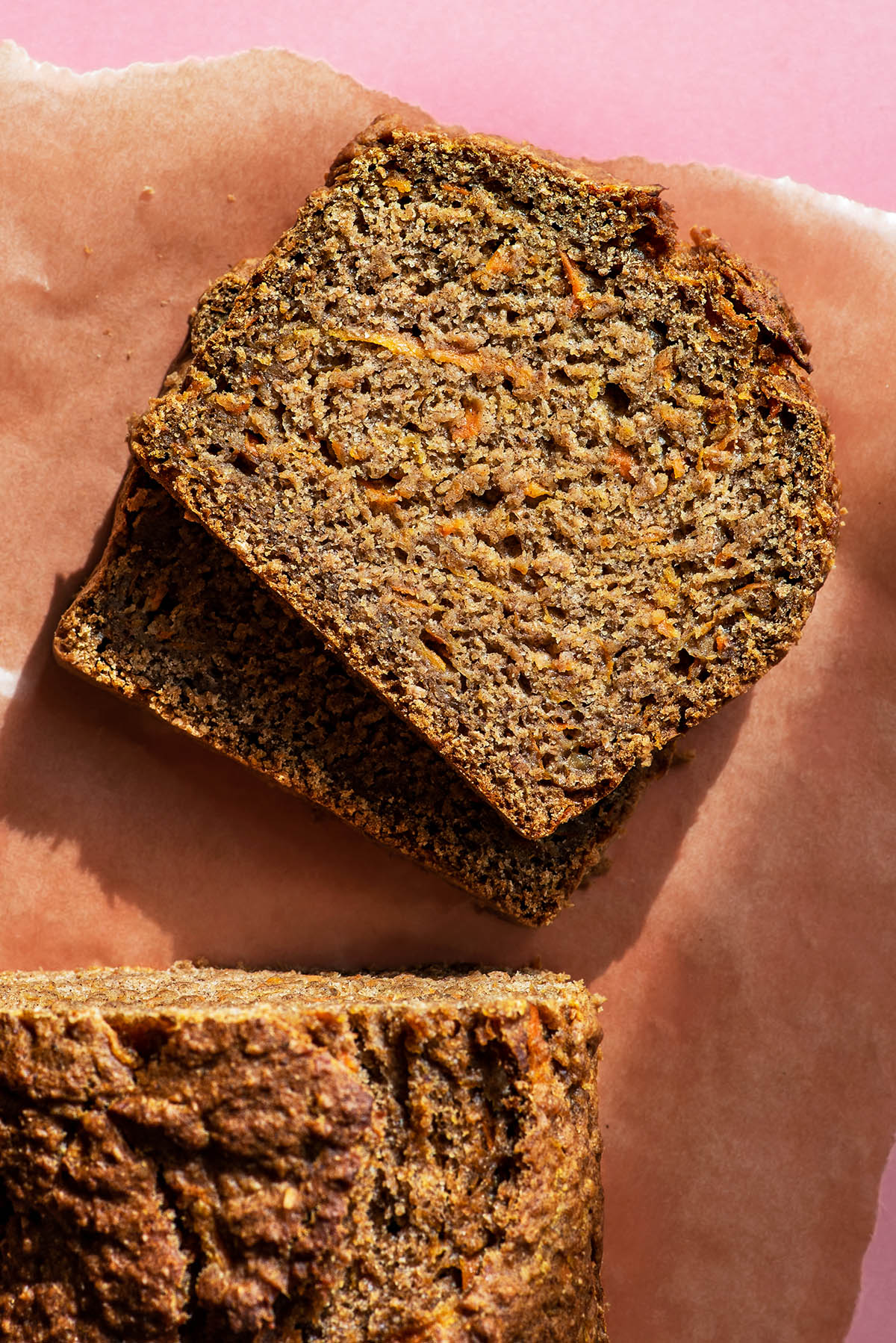 This banana and date sweetened vegan carrot bread is a year-round favourite. Despite the rather frighteningly wholesome ingredients, it’s just as delicious as spelt banana bread but with a little more complexity.

The banana and dates are blended up with the milk to avoid any chunks, as they’re only being used as sweetening and binding agents, rather than main flavour elements. If you don’t have a blender you can use a food processor (see below).

If you can’t see the step-by-step video below, watch it here instead. I forgot to film adding the ginger but it’s in there!

One reader has successfully substituted cooked sweet potato in place of banana – something to keep in mind if you can have banana. Use about 100g but note that the bread may be slightly less sweet.

If the dates aren’t soft, soak in very hot water for at least half an hour before using. Be sure to drain well.

I haven’t tried making this recipe gluten-free. I think a riff on my vegan gluten free banana bread might work, though, if you remove one of the bananas and replace with grated carrot. It’s not quite the same but I think this recipe would be tricky to make GF without some changes.

The baking time is slightly longer than many other quick breads of the same size. This isn’t a typo or error, but rather due to the high quantity of fruit in the batter. It takes a little longer to cook through.

If you don’t have a blender, you can use a food processor. Blend the banana, dates, and olive oil, then add the milk once a paste has formed (if you blend with the milk from the start, it tends to explode/leak). Alternatively, an immersion blender and a large bowl can be used.

This post was first shared in April 2018. It has been updated with some simplifications to the recipe as of April 2022.