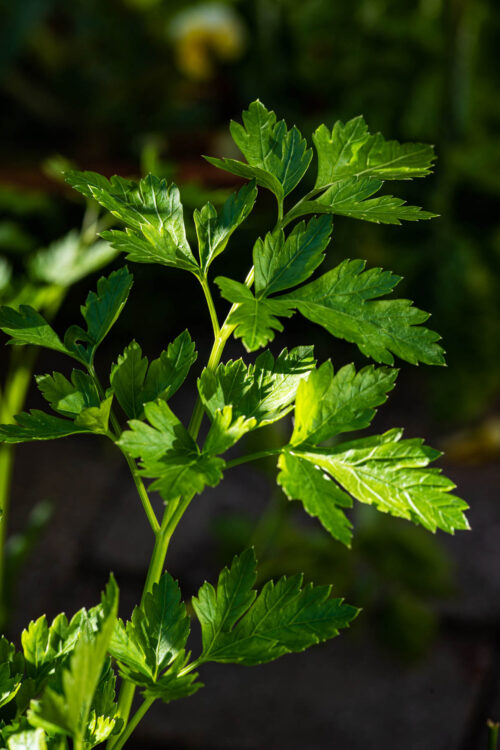 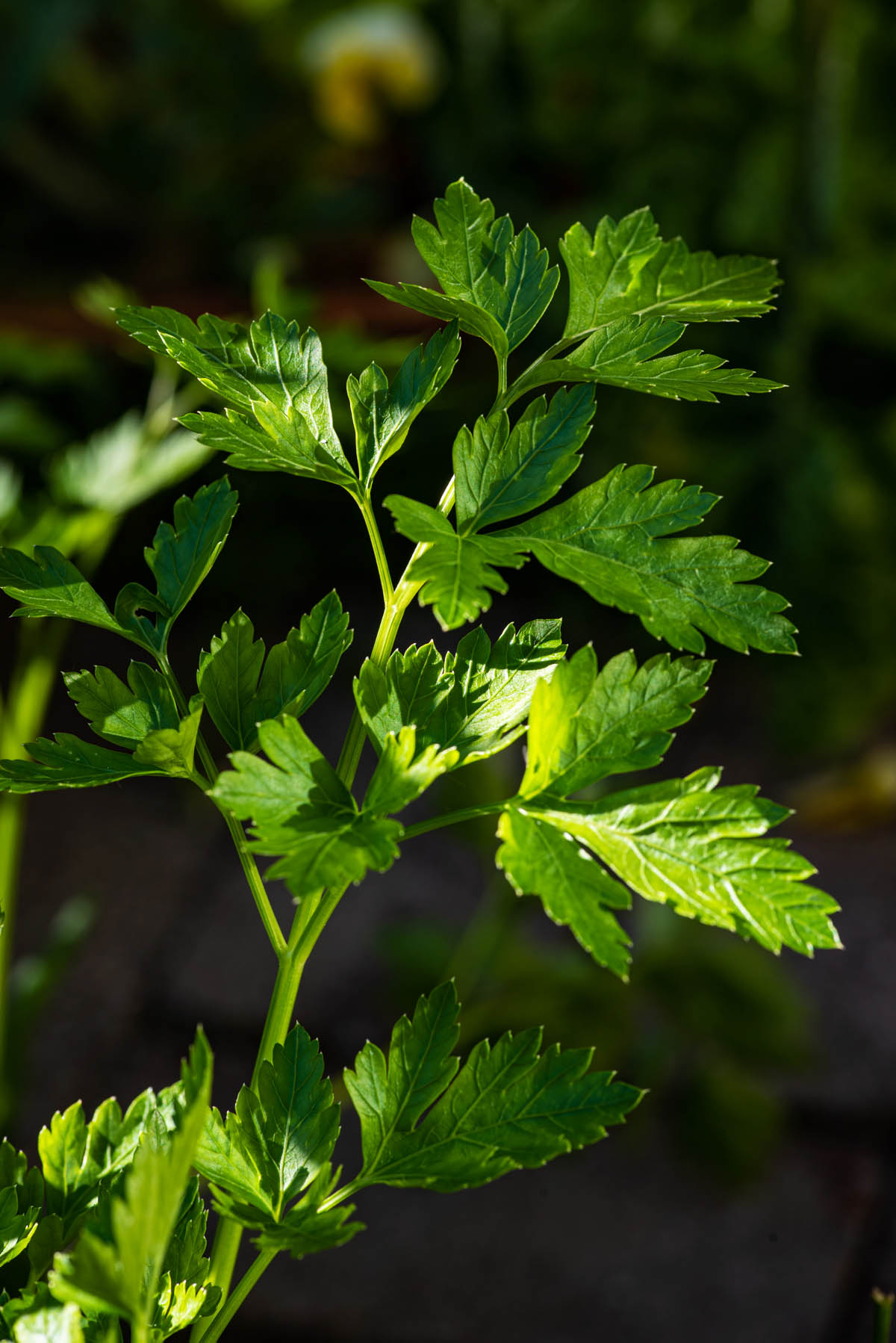 Parsley is an all-around useful herb to have in the garden or in pots, especially as it’s winter hardy to a degree (to about -7°C). It grows in just about any medium and can also be grown indoors in a sunny windowsill.

This isn’t a herb that should be used dried – if anything, it can be frozen – so if you have any space, certainly try growing it at home! It’s a major addition to many OE recipes, like these quinoa patties, and excellent in salads, falafel, and any recipes you want to add a fresh note to.

Parsley features in a lot of cuisines, from French to Ethiopian. It’s very popular and often readily available, but what can you use when you don’t have it? These are my top seven substitutes for parsley.

Basil has a similar fresh, slightly spicy flavour to parsley. If you like both equally then you can generally sub them with no change in amount, though (sweet) basil does tend to have a stronger flavour.

Love it or hate it, cilantro (fresh coriander) looks and tastes a lot like parsley. Like basil, it does have a much stronger flavour and can overwhelm a dish. For most recipes it’s best to reduce the amount of cilantro if subbing for parsley – round it out with a leafy green like spinach to make up the difference.

Although not that similar in flavour, chives will add the needed fresh boost to cooking or salads in the same way that parsley does. While not ideal for a blended dressing, for example, this is a good sub for things like quinoa salad or veggie burgers.

Often called French parsley, chervil is much less common than biennial parsley. It has a very similar flavour and texture but may be harder to find than basil or cilantro. Chervil can be used as a 1:1 substitute for parsley.

If using oregano to replace parsley in a recipe that calls for a lot of the herb, like in green falafel or a herb dressing, bulk it up with other greens like spinach. Oregano will add the needed flavour but it’s a much smaller herb.

Leaf celery, or celery herb, is a northern climate’s answer to standard celery. It’s easy to grow in a colder garden and tastes a lot like celery – which means it’s mild enough to replace parsley. This, like the greens below, is more for bulk than flavour.

Some common leafy greens can make great substitutes for parsley. Rucola (arugula) has a strong enough peppery flavour to act as a herb and the leaves are of a fairly similar size. If you just need green and don’t care about the taste, use spinach, kale, or chard for any recipes where the greens/herbs are very finely chopped or blended, but note that they won’t add any fresh herb flavour.