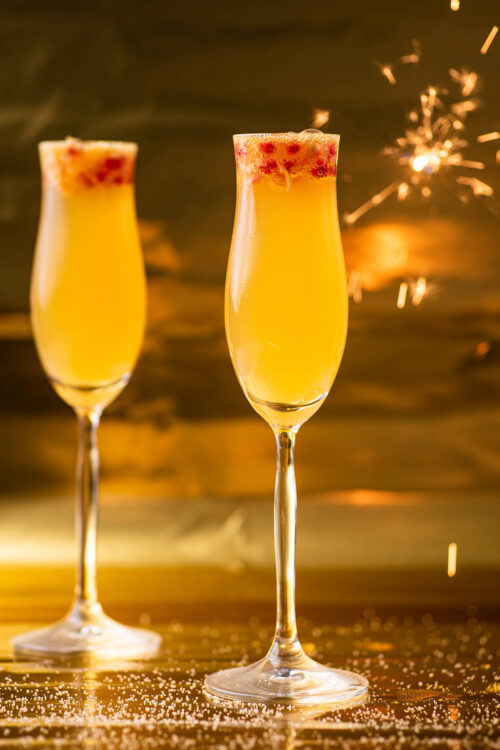 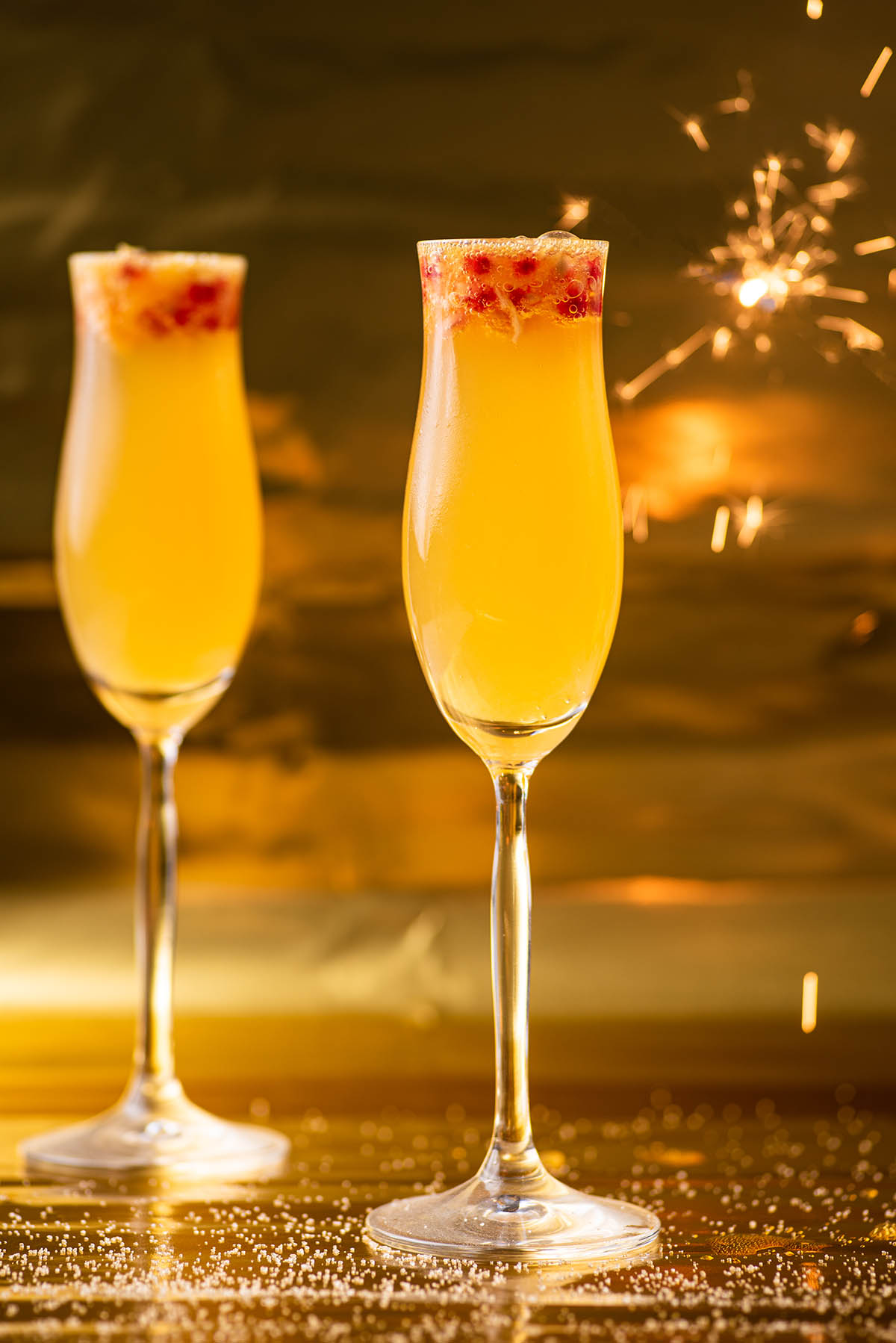 An orange and pomegranate ginger beer mimosa mocktail for holiday celebrations. This is ideal for kids, and something you can have together to ring in the new year or with a special meal.

I don’t drink, so this is a really nice way to celebrate New Year’s or another holiday without feeling like the odd one out. It looks like a cocktail and feels a bit special – just right.

If you want to make your own ginger beer, there are guidelines for both a ginger bug and ginger beer in my cookbook. This is great as you can better control the level of spice, but there are plenty of good store-bought ginger beer options as well.

There are only three ingredients needed here, so there can’t be a long list of substitutions. I recommend using orange juice from fresh oranges if possible, or buying juice with pulp.

If you can’t get fresh pomegranate, frozen raspberries are a nice sub. To sweeten if needed, add a bit of maple syrup or honey to the orange juice before topping off with ginger beer.

I’m afraid I don’t know that much about liqueur, but I assume something like Cointreau would be the best addition if you wanted to make this ginger beer mocktail into a cocktail. There is, of course, also alcoholic ginger beer that can be purchased, or use sparkling wine.

Like most bubbly drinks, this one doesn’t last well if it sits out in glasses for an extended period of time. It’s best served immediately after pouring.

* I use ginger juice to make the ginger flavour pop a little more, but if your ginger beer is already very spicy, don't worry about it.

This post was originally published in December 2017. It has been updated without changes to the recipe as of December 2021.