March 1, 2018 by Alexandra Daum
A healthy & vegan winter potato salad made with roasted potatoes, rosemary, spinach, and chewy lentils. Comfort food in a bowl for cold weather and dark days.
Jump to Recipe 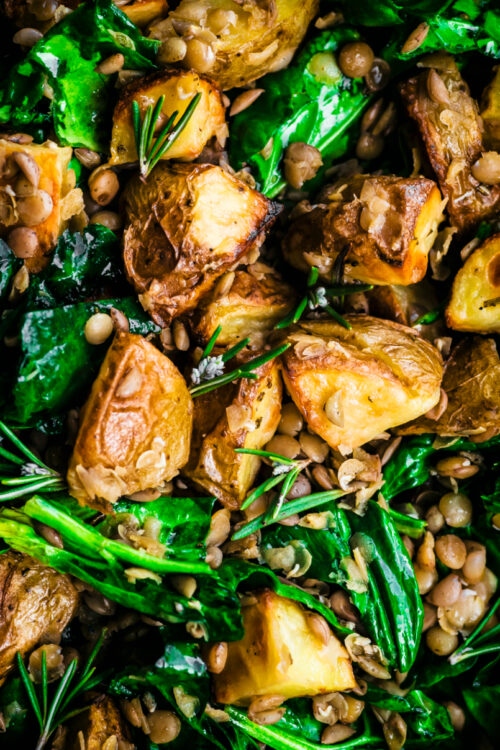 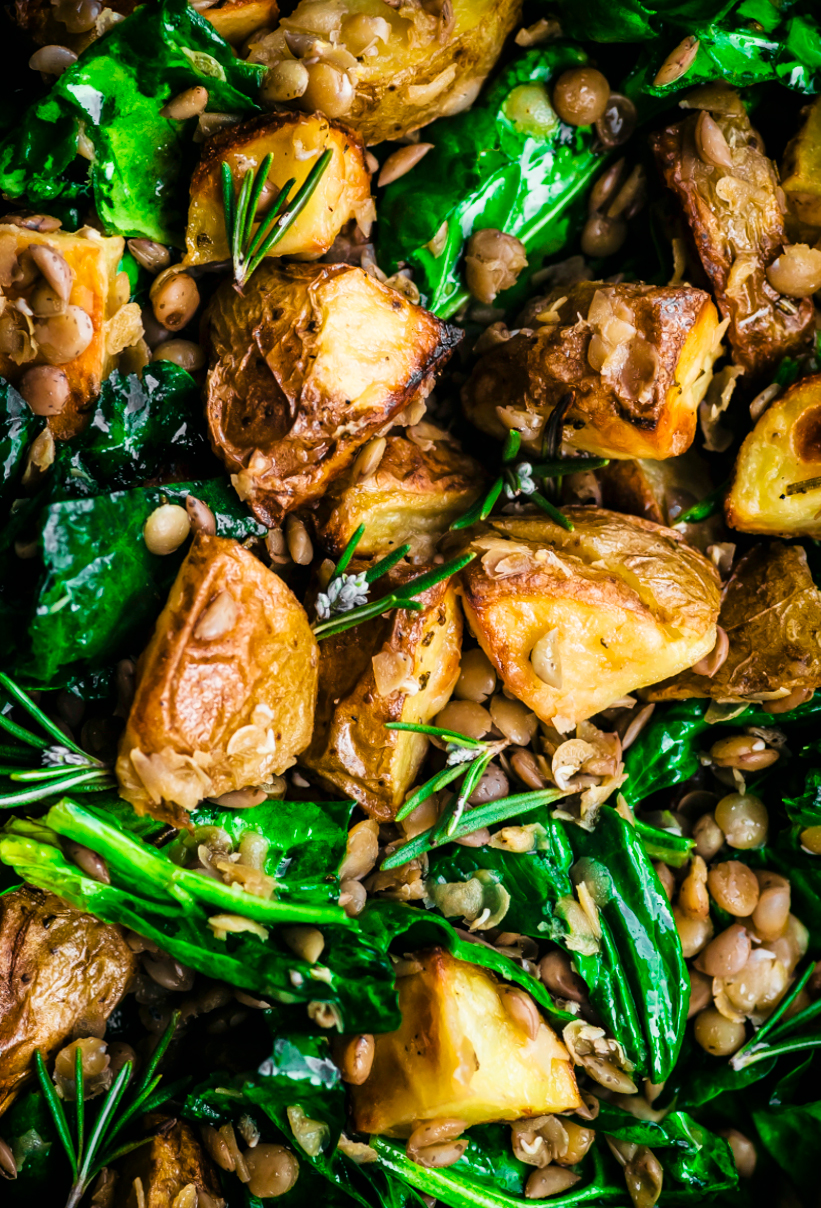 The most popular recipe on the blog is for a vegan roasted new potato salad with lentils. I remember having this beautiful light that day but taking hours to edit the photos until I liked them, and thinking it was too simple to share, but it was one of my favourite things to make that summer. I still make it now whenever I can get fresh dill. It went crazy on pinterest and was my first big recipe – I still see it pop up and people keep making it a couple years later (it makes my day every time).

This is an adaptation of that salad, using some late winter ingredients like rosemary and regular potatoes instead. It’s total comfort food, like rosemary roasted potatoes made into a meal with lentils and spinach mixed in with the warm potatoes. It’s topped off with a balsamic dressing and it’s a far cry from the mayo-laden potato salads of my childhood.

In that original recipe I set out ten goals to accomplish before I’m 30. Some of those have changed as I’ve shifted in my goals over the past couple of years or because of my situation changing – I can’t really do pottery anymore, for example, so I learned how to work with metal and make jewelry instead. Making recipe videos went out the window, hah. Maybe if I can convince Graham to learn how to use my camera at some point!

I just mention this because I don’t feel bad about not pursuing some of those goals; it’s okay to change paths and little accomplishments are just as important as the big ones. I’m still happy that I didn’t stick with grad school and pursued this path instead, despite some of the challenges that have come up.

So a different vegan potato salad, a year and a half later. Still good. 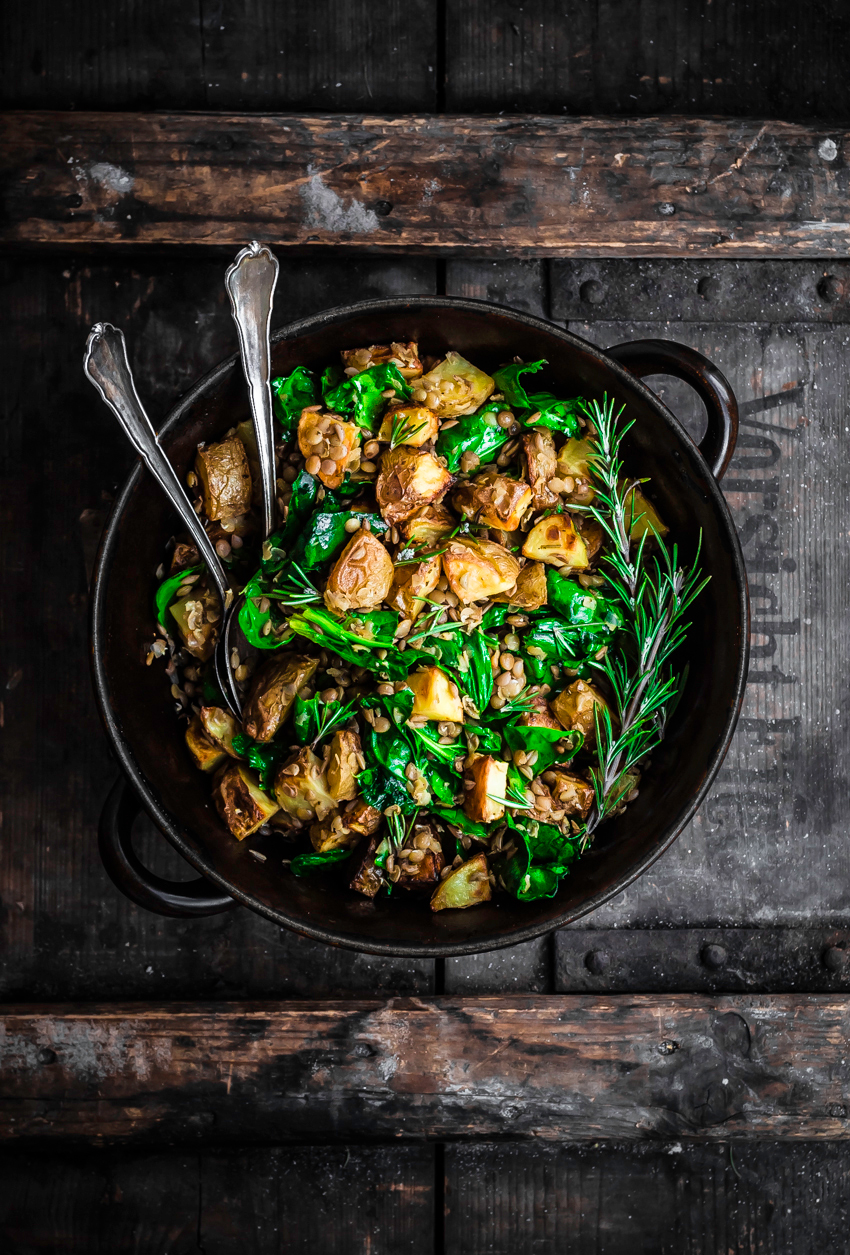 • Leftovers don't keep as well with larger potatoes cut into pieces, but it will if you use new potatoes. I find the smaller pieces tend to dry out a bit if you eat it the next day.
• Some people who made the other recipe found it either to have too much or not enough mustard. Of course you can alter the amount to your tastes, depending on how much you like mustard.
* I used regular brown lentils but French or puy lentils would be a great choice.