How to Make Pumpkin Puree

November 19, 2021 by Alexandra Daum
How to make pumpkin puree at home, with no waste! This easy method is great for replacing store bought puree and freezes well.
Jump to Recipe 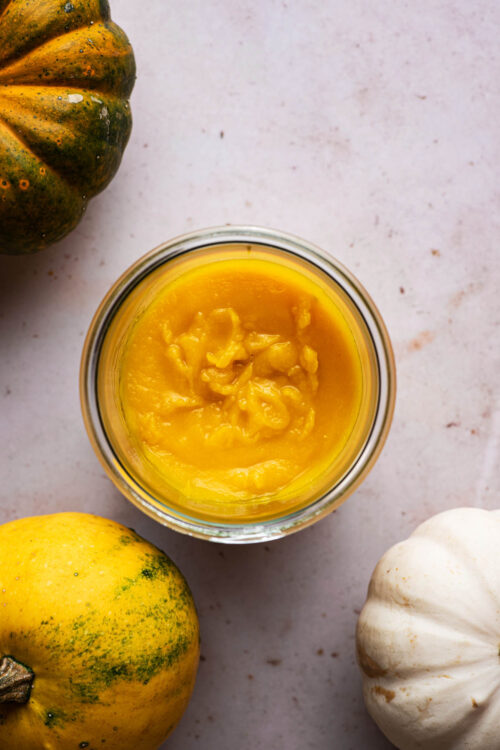 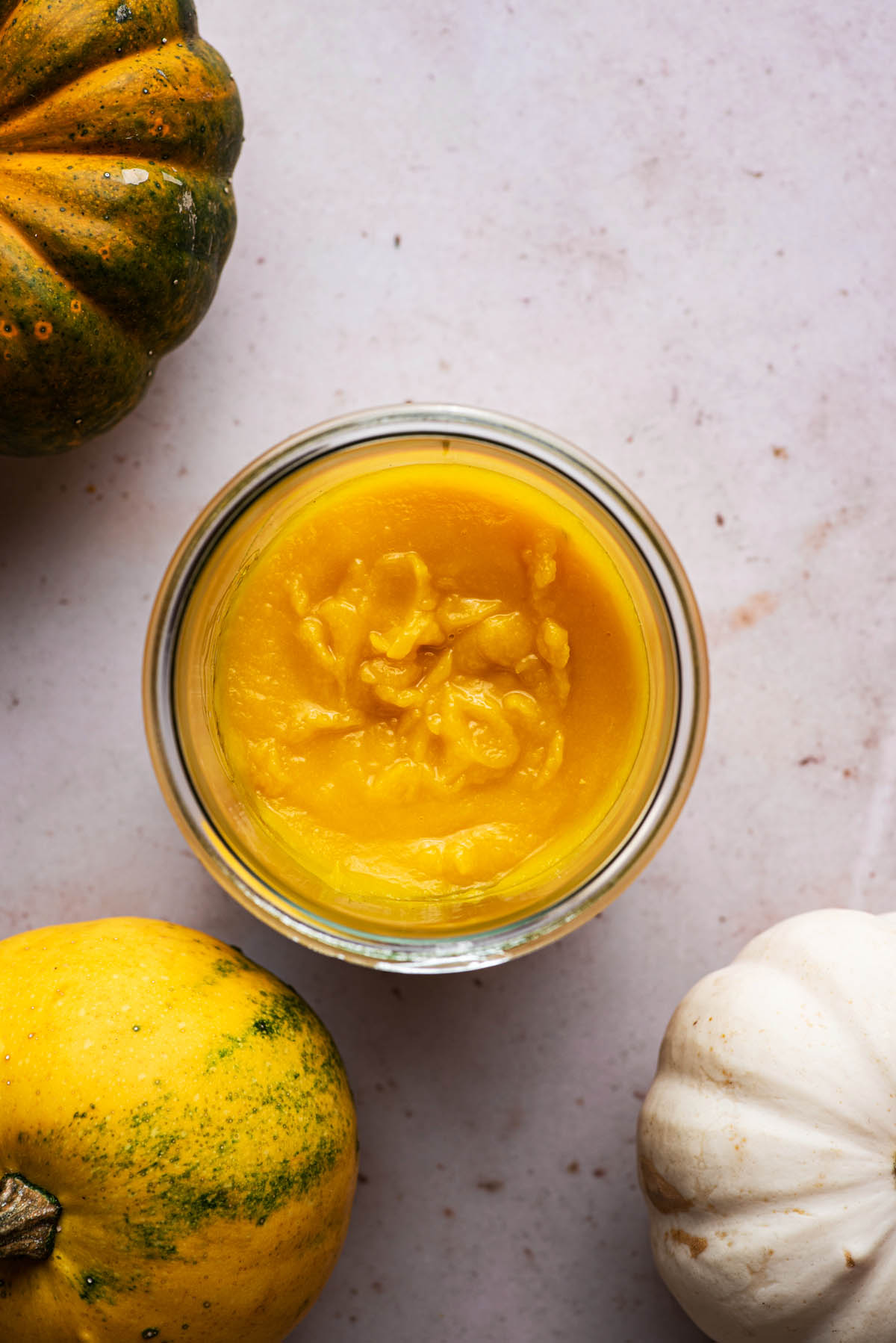 Pumpkin puree, or winter squash puree, is an autumn and winter staple. To reduce waste, make it at home yourself with this easy method – this is also great if you live somewhere that doesn’t sell canned pumpkin puree, like I do!

If you’re also trying to cut down on cans and other single-use containers, it is a bit more work, but well worth it. This puree also freezes really well so you can make it in advance and store for later if you have freezer space.

While any number of winter squash types can be used here, the most common are sugar-pie pumpkin in America, butternut squash, and Hokkaido. These all work very well and don’t have a terribly high water content, so they’re great for baking and subbing 1:1 for canned puree.

1. Bake: halve the pumpkin and bake cut side down in a deep-sided dish until fork soft, about 40 minutes.
2. Remove seeds: carefully scoop out the seeds with a spoon, avoiding removing too much of the flesh.

3. Cool: this isn’t mandatory before blending, depending on the blender, but it is safer.
4. Puree: mix with an immersion blender or other type of blender until very smooth.

Use an immersion blender or regular standing blender, it doesn’t matter. I don’t find a food processor to be as effective in making a silky smooth puree, but it’ll work in a pinch.

Don’t throw out those seeds! Save them and make roasted pumpkin seeds instead. Or, if you have a particularly nice pumpkin, remove some seeds before roasting and dry them to plant next spring.

Storage: pumpkin puree will last about a week in a sealed container in the refrigerator. Of course it can also be canned, but I wouldn’t recommend it unless you have a pressure canner.

Freezing: freeze for up to six months in an airtight container. Thaw in the refrigerator overnight before using. For smaller amounts, spoon the puree into large ice cube trays or silicon muffin liners. Freeze until solid, then remove the frozen puree and store in containers that are freezer safe. This is great for if you like to add some pumpkin to things like mashed potatoes, to use in smoothies, or for baking.

If you make this Pumpkin Puree or any other vegetarian staples on Occasionally Eggs, please take a moment to rate the recipe and leave a comment below. It’s such a help to others who want to try the recipe. For more OE, follow along on Instagram, Facebook, and Pinterest, purchase the Occasionally Eggs cookbook, or subscribe for new posts via email.

How to Make Pumpkin Puree