November 28, 2021 by Alexandra Daum
These gluten-free pumpkin muffins are not only GF (with almond flour), they're also oil-free, grain-free, dairy-free, and made in one bowl. Thanks to Bob's Red Mill for sponsoring this post!
Jump to Recipe 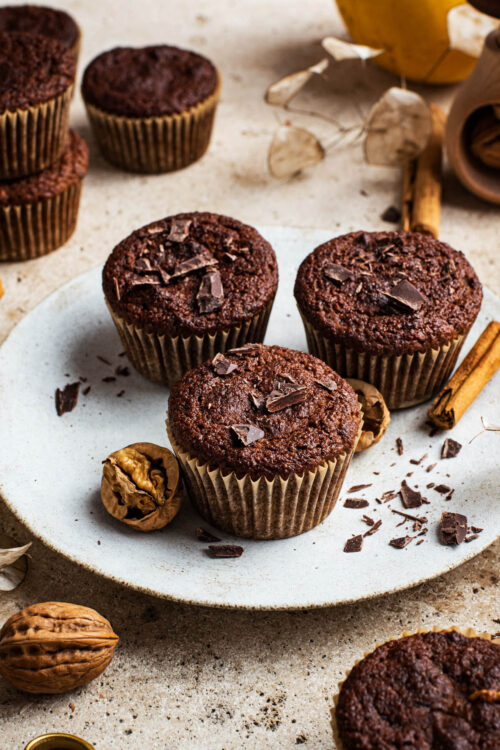 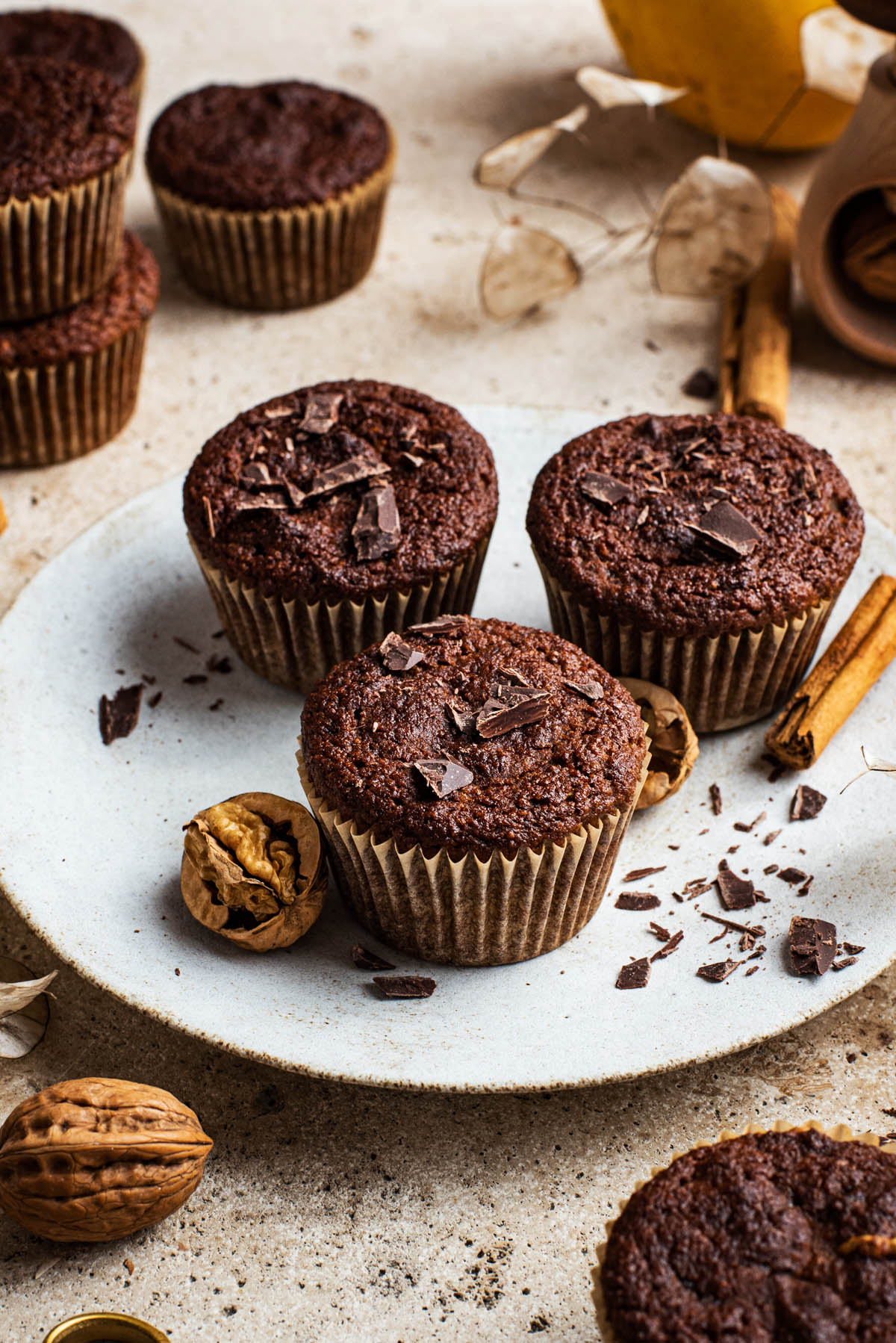 These gluten-free pumpkin muffins have a lot going for them! Not only GF, they’re also oil-free, grain-free, dairy-free, and made in one bowl. Almond flour makes up the base here, for a delicious lightly sweet snack.

By using non-dairy yogurt and a touch of arrowroot flour, the number of eggs can be reduced (two, instead of the usual three or four), in turn reducing any eggy flavour that can be so unpleasant in gluten-free baking.

With warm spices, walnuts, and chocolate combined with the pumpkin, these are quintessentially autumn in flavour. A slight caramel flavour from coconut sugar adds even more, and all combined makes for almond flour muffins that are both light and a good, filling, snack.

We all love the combination of pumpkin and warm spices in autumn, and this is another way to get those flavours in healthier muffin form.

1. Mix the eggs: whisk the eggs well in a large mixing bowl.
2. Add the other wet ingredients: add the pumpkin and yogurt, and mix again to combine.

3. Add the dry ingredients: and mix very well. No streaks of flour should be visible.
4. Mix in the nuts and chocolate: now you can fold in the add-ins, incorporating evenly.
5. Scoop into forms: divide evenly between lined muffin cups.
6. Bake: bake the muffins for about 22 minutes, until they pass a toothpick test.

The muffins will stick to the paper liners until they’ve cooled completely. If they’re still warm, you’ll lose quite a bit when peeling off the liner. After a couple hours of chilling, they shouldn’t stick at all. I haven’t tried greasing the tin instead of lining but it should work.

They look as though cocoa is added, but it’s the combination of coconut sugar and spices that make them look darker. This is why I tested with liquid sweetener, but they’re best with coconut sugar.

The texture is moist and slightly spongey, not dry and cake-y. It’s a bit personal based on what you like, but if you love a very tender muffin, then these almond flour pumpkin muffins are perfect.

Storage: refrigerate for up to five days in a sealed container. I recommend refrigerating as these do spoil quickly at room temperature.

Freezing: cool fully before freezing in an airtight container for at least a month. Thaw in the refrigerator before serving.

If you make these Gluten Free Pumpkin Muffins or any other snack recipes on Occasionally Eggs, please take a moment to rate the recipe and leave a comment below. It’s such a help to others who want to try the recipe. For more OE, follow along on Instagram, Facebook, and Pinterest, purchase the Occasionally Eggs cookbook, or subscribe for new posts via email.