Vegan pumpkin falafel in an autumn inspired bowl, with apple, potatoes, and beets. The pumpkin adds a little sweetness and keeps these baked falafel from drying out, and serving them in a bowl makes everything a bit better. 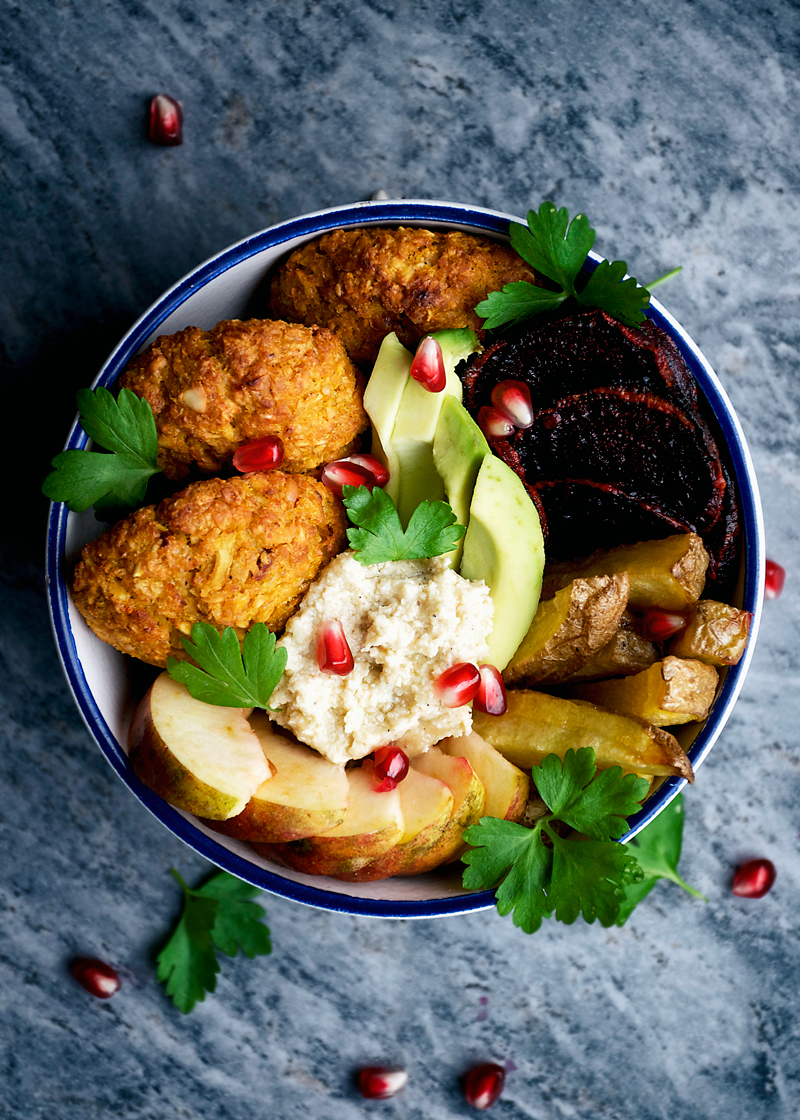 Finally, a post with some more colourful food! I’ve had too many baking recipes lately and not enough vegetables.

A friend of my grandmother’s is a goldsmith, and Graham and I have started learning how to make jewellery from her. I think I’m more interested in it than him, but he’s really good at it. He made an engagement ring for me and even though we picked out the stone and design together, and I was there when he was making it, he won’t let me see it now that it’s finished, ha.

I’m really enjoying learning though and it feels good to be making something more tangible again since I haven’t found a pottery studio here yet. But, on that note, there is a well-known potter in the town Omi lives in and we’re going to go see a firing there on Wednesday (apparently that town is just packed with artists, who knew) and I’m so excited. It’s a type of kiln I studied in university but never thought I’d see in action, and it’ll be so cool to see how it works and how the pieces turn out.

I know that I make things all the time, in the kitchen, or through photography, but it’s a little bit different to make something that I can hold in my hands and that’s going to last longer than a day or two. I’ve also been doing pottery for six years now and I don’t want to get out of the habit and forget how to make a bowl or something. I don’t have any props here either so it’ll be good to make a few things to include in pictures.

Okay so last time I tried to make pear sauce I got distracted and somehow burnt a pot of pears with about five inches of water to a blackened, disgusting crisp and almost destroyed the pot they were in. I am trying again now and almost burnt a second pot (whoops) but saved it just in time. What’s up, pears? They’re so sneaky. I might stick to apple sauce after this. It’s either that or actually pay attention to what I’m cooking.

We also picked another big basket of apples today – if you live in the northern hemisphere, you should be able to get almost all of the ingredients for this bowl locally right now. Apples, potatoes, beets, and pumpkin are all cheap and easy to find at this time of year, and they taste the best now too.

Nourish/buddha/abundance bowls are one of my favourite things to make, especially in the cooler months, and they’re packed with healthy, great tasting nutrition. I like to use a mix of cooked and raw ingredients but generally stick to more cooked when it’s chilly out, and more patties instead of dressed lentils or chickpeas.

These aren’t quite falafel, but that’s what I’m calling them. I’ve added fresh turmeric in this recipe (you can use dried, though), ginger, apple cider vinegar instead of lemon juice, and oats. Falafel is usually fried but I love baking them to get a crispy outer crust without using so much oil. Think of it as an autumn inspired chickpea patty, with plenty of warming spices and lots of flu-fighting ingredients.

This recipe uses soaked chickpeas instead of canned and I really recommend that you stick to that instead of using a big old can of beans. I promise that, if you soak them for the full 24 hours, that you won’t have the side effects that you’re thinking of (magical fruit…) and the texture is a million times better.

These tend to get a little soggy with canned chickpeas, and dried are healthier and more budget friendly anyway. I’m all about low cost high nutrition food lately because we recently moved and neither of us have jobs yet – this meal definitely fits the bill.

Feel free to change out some of the ingredients included in the bowl of you prefer something different, like sweet potatoes for the regular potatoes or another root vegetable if you hate beets. I just chose some of my favourites. The potatoes and beets need to go into the oven a few minutes before the falafel if you’re making it all at once, so keep that in mind.

The pumpkin falafel is great not in a bowl, too, so you could have it in a more traditional pita, maybe, or as part of a salad. I paired them with a tahini and apple cider vinegar dip and it was surprisingly good – I used to be big on garlic yogurt for falafel but since yogurt is no longer part of my diet, this was a great substitute. Don’t omit the apple, it’s perfect with the spicy pumpkin falafel. 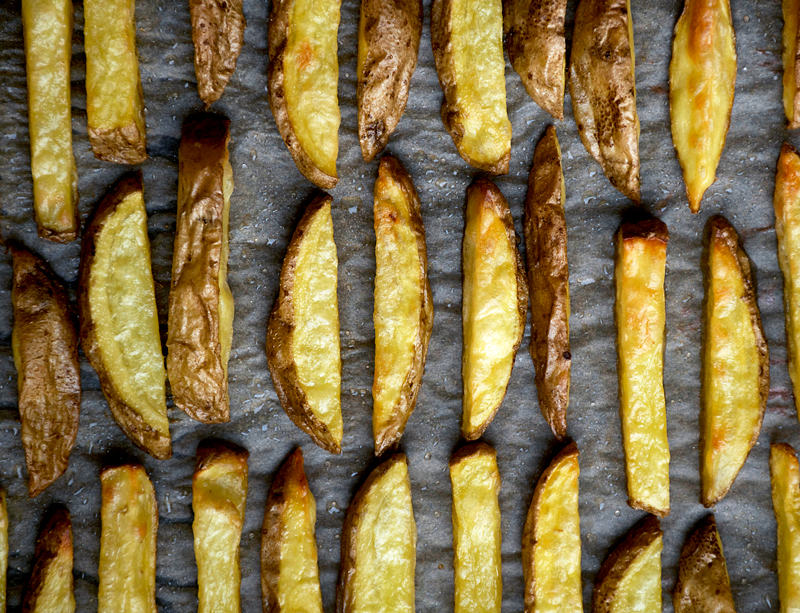 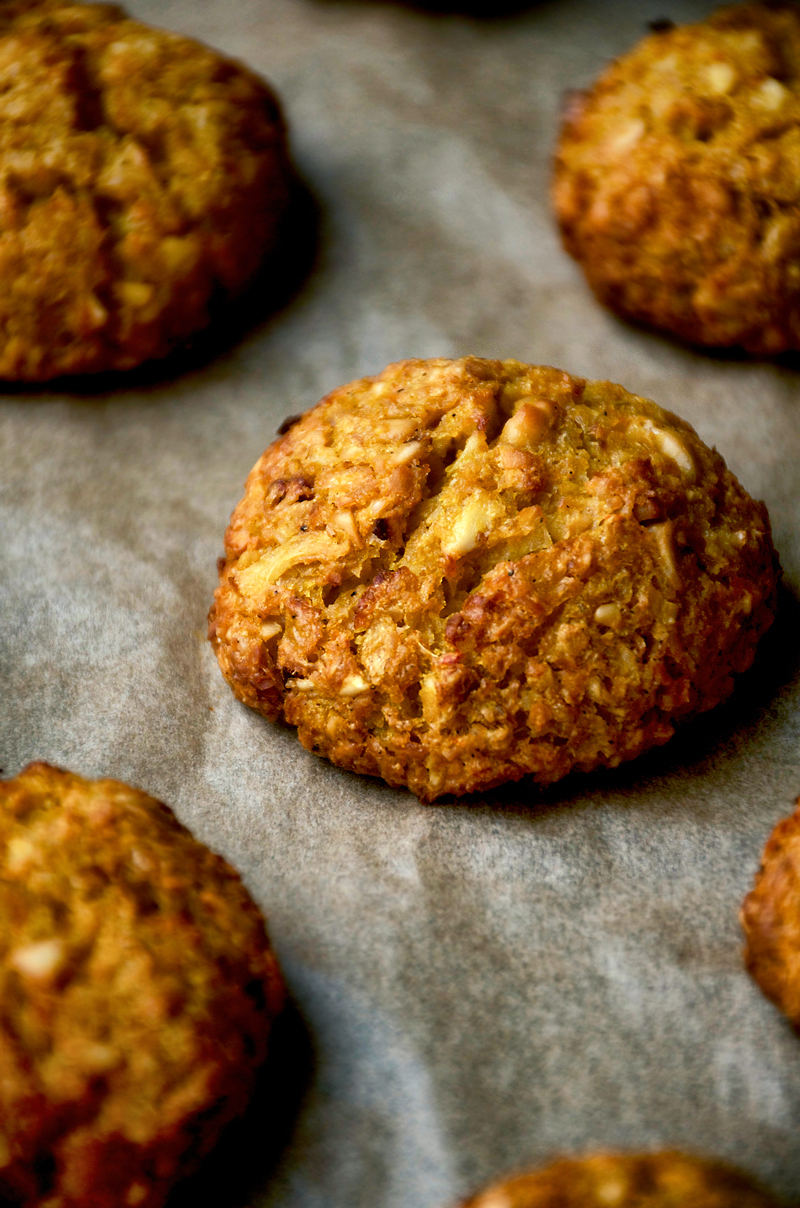 • To roast the squash, cut it in half and remove the seeds. Place the halves cut side down on a paper-lined baking sheet and bake at 175C / 350F for about an hour, or until easily pierced with a fork. Scoop out the required amount for this recipe and either freeze the rest or use it for another recipe.
• I usually put the chickpeas in water when I'm making dinner the day before so I don't forget.
* If you can't get fresh turmeric, you can omit it or substitute 1/2 teaspoon powdered turmeric. 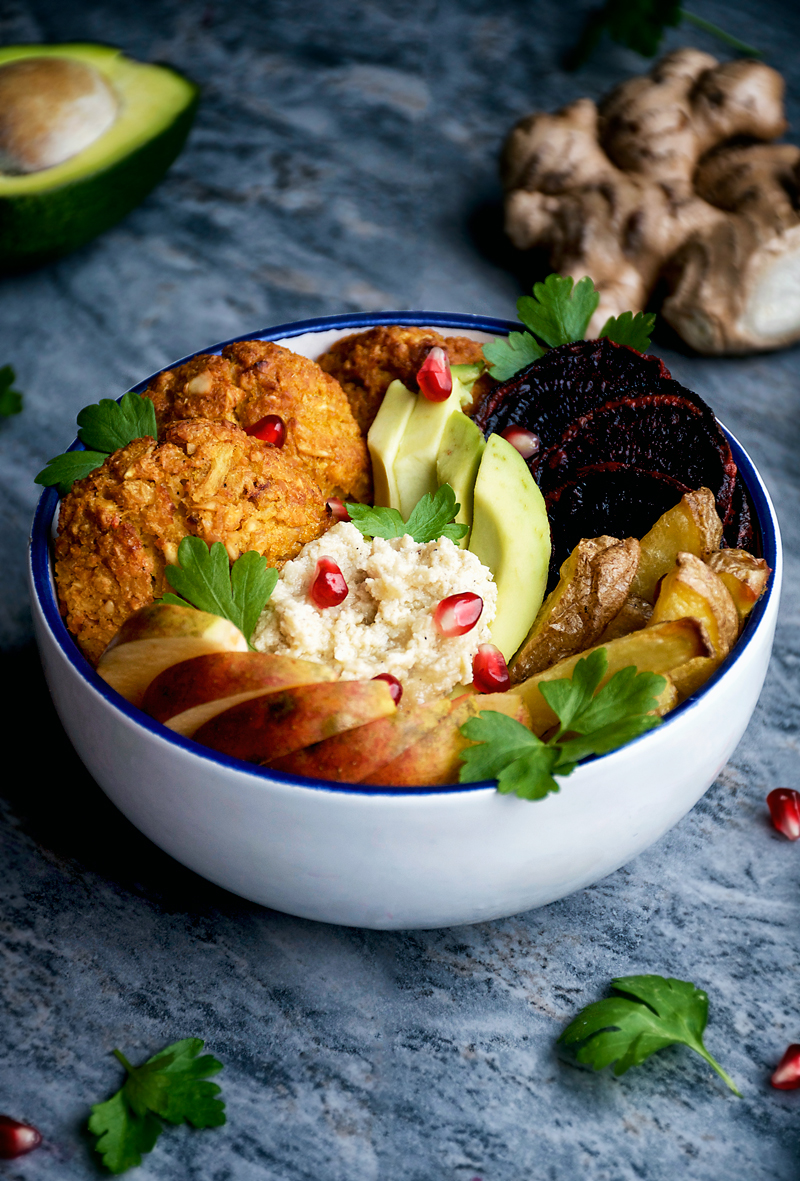 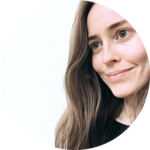 Hi! I'm Alexandra, and this is my vegetarian recipe blog. In addition to being meat, soy, and dairy-free, most of my recipes are free of gluten, processed ingredients, and eggs. Head over to my about page to read more → 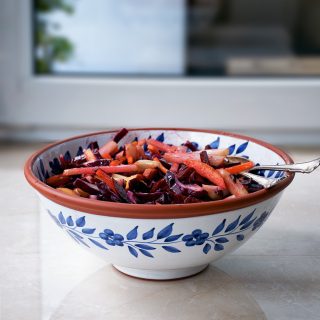 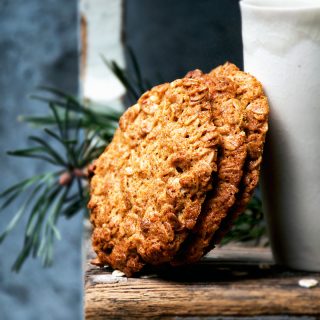 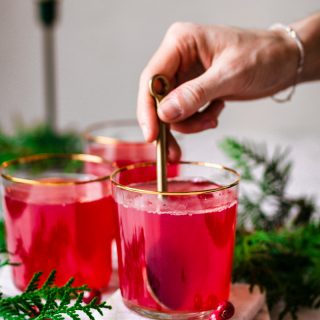