May 17, 2021 by Alexandra Daum
A simple dairy-free rhubarb ice cream made with the first rhubarb of spring. Made with coconut milk, no cashews are needed for this pretty pink ice cream.
Jump to Recipe 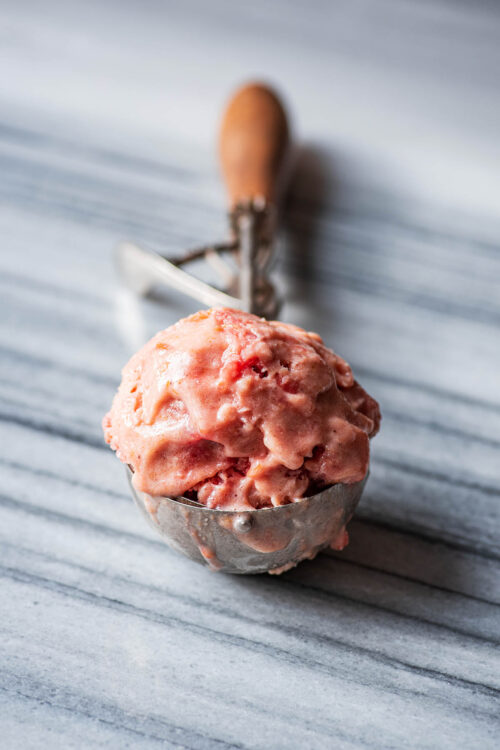 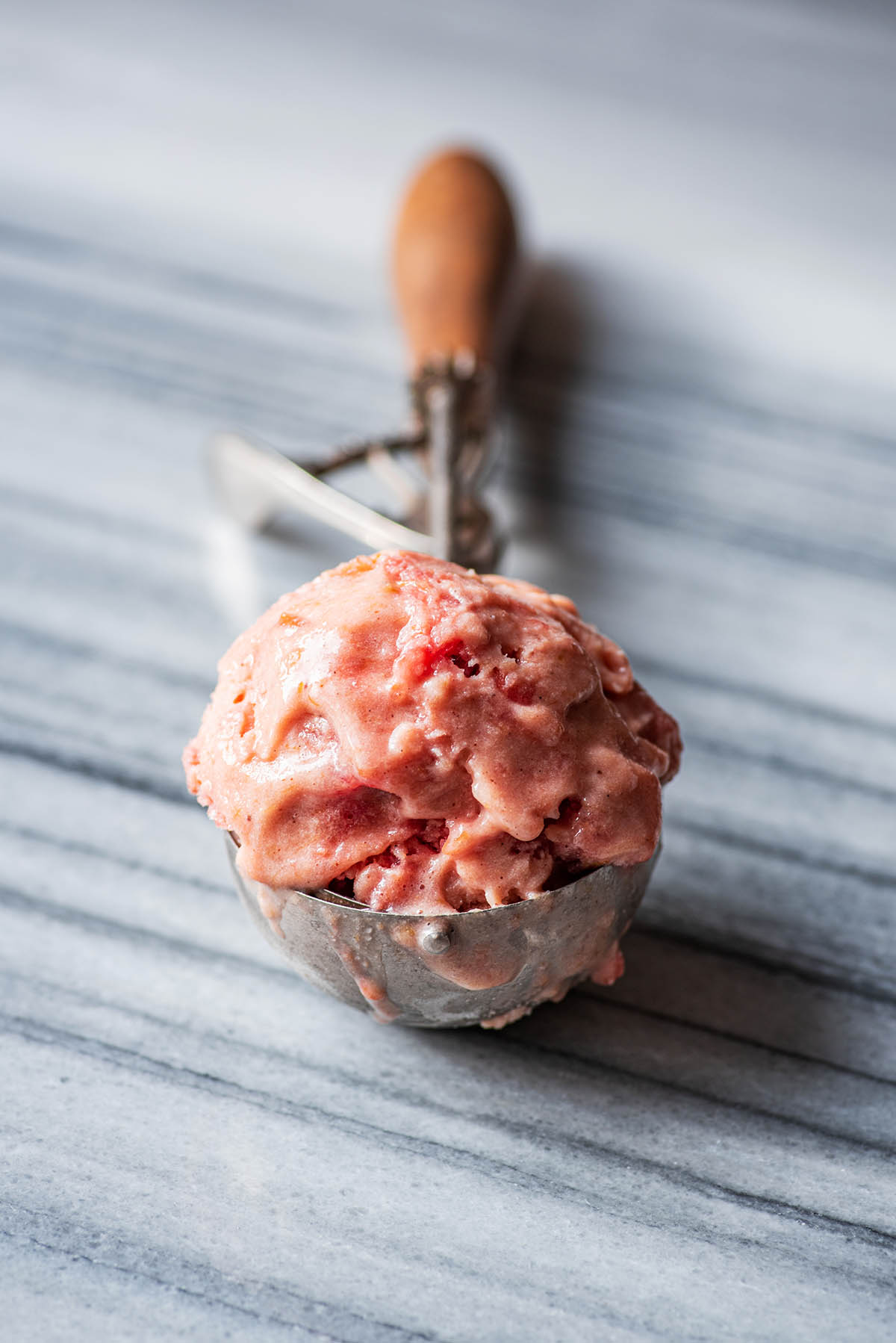 Every early spring I’m all about rhubarb. With our own (now mature) plant for the first time since moving from Canada, it’s an extra special year, because I was quite grouchy about having to buy it previously.

The pale pink rhubarb ice cream base is excellent on its own, but an extra swirl of rhubarb compote adds both an extra hit of flavour and a beautiful bright colour. No need for berries as red beet adds a nice colour to green rhubarb.

A nice mix of sweet and tart, this is truly spring in ice cream format. It works just as well with frozen rhubarb if you’d like to extend the season.

If you want to grow your own rhubarb, keep in mind that it won’t start producing well (that is, enough to harvest regularly) until at minimum the second year. This long-living perennial needs a couple of years to settle in before you can get a lot out of it, but it’s well worth planting, and will spread over time.

This can be made without an ice cream maker. Pour the cooled mixture into a shallow tin and use a fork to stir (breaking up ice crystals) every hour or so until frozen through. Add the extra compote about halfway through the process, when the ice cream is still soft enough to stir.

For an egg-free option, it is possible to make this with a cornstarch or arrowroot custard, as in my vegan cookie dough ice cream. I find that the rhubarb compote makes it rather icy and the ice cream has a poor texture without eggs.

A store-bought rhubarb compote can be used in place of homemade if you can’t get rhubarb or would prefer to skip the extra step. If you would rather not use coconut milk, another cream can be subbed in its place.

The compote will naturally be a bit icier than the surrounding ice cream. This is normal, and it’ll be easy to scoop as long as you thaw the container for a few minutes before serving.

I use a whole can of coconut milk, water included, for a gelato-like consistency. If you want a creamier ice cream, use the same amount, but cream only.

This recipe was originally published in July 2015. It has been updated with some slight changes to the recipe as of May 2021.