February 15, 2018 by Alexandra Daum
Sugar free and vegan chocolate orange cinnamon buns, filled with dates and made with whole-food ingredients. Cinnamon rolls that you can feel good about eating for breakfast (no judgement here).
Jump to Recipe 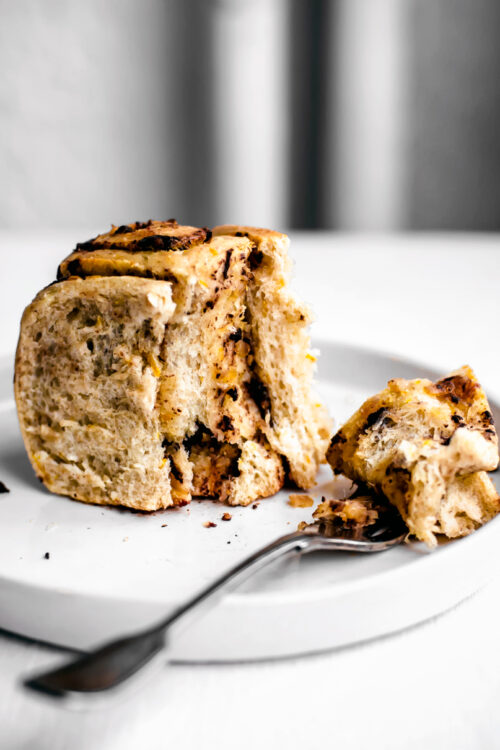 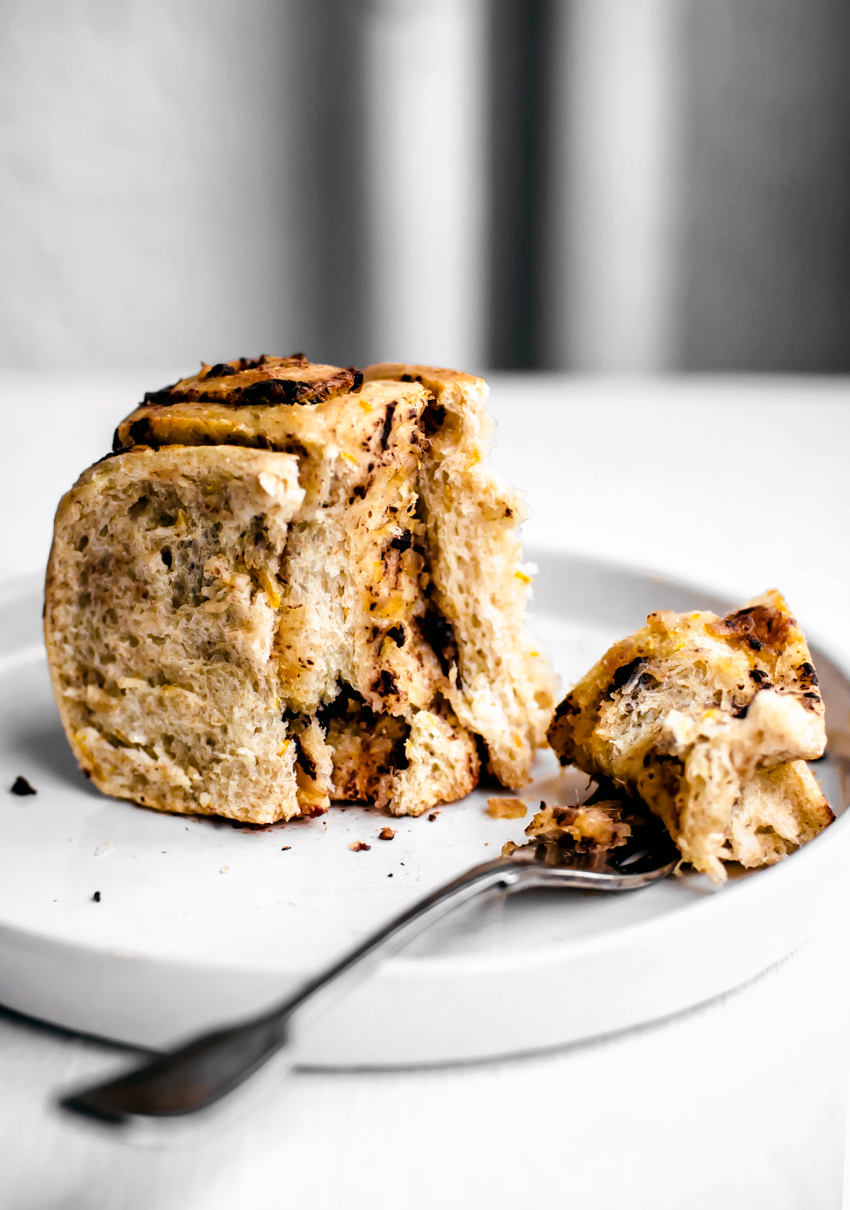 Cinnamon buns are my thing now. Ever since we moved over here my family seems to think all I can make are cinnamon buns, so I have to make them for everything that could possibly require pastry (including my own birthday). The thing is, cinnamon buns are so easy – and easy to make vegan without resorting to margarine or other highly processed substitutes.

These aren’t your standard rolls, though. Instead of butter and sugar, the filling rolled up inside is made from dates, orange, and a little coconut oil blended together (so no sugar at all!) then topped with dark chocolate. The dough is orange scented and pillowy, with nondairy milk and a little cinnamon mixed in. What I’m saying is that they’re much better than normal cinnamon buns, but just as easy to make.

If you’re not used to working with yeast, I don’t know that I can convince you to try it, but this is a good place to begin if you’re interested in trying sweet doughs. It’s pretty forgiving and easy to work with, and you’re not doing any complicated shapes or twists. If you’d prefer to make more traditional cinnamon buns or oranges are out of season when you read this, you can leave them and the chocolate out and add cinnamon to the filling mixture instead.

The dough is my go-to for any cinnamon buns or other sweet breads, just with the addition of orange zest and some hazelnut oil, which is optional. It seems a bit fancy but I promise it’s simple, and rolls are so fun. There’s an even easier yeasted cake recipe on the blog for a rhubarb streusel cake if you want to try that first to get a feel for it. There are a lot of notes at the end of the recipe, but just because I want you to succeed, not because it’s complicated.

The method for the liquid ingredients is a touch different for this recipe, because you heat them on the stove, then cool slightly before whisking in the yeast. Just make sure it’s not boiling hot when you add the yeast; the milk should be just warmer than your skin if you touch it. If it’s too hot it’ll kill the yeast. My house is freezing so I place rising dough on top of a radiator (it’s topped with a stone slab) but placing it near a radiator or in the oven with a light on will do the trick.

I chose not to make a cream or icing, but if you’d like one, try the citrus cream from my bergamot scones recipe, just substituting orange for the bergamot. You can go a more traditional cream cheese route if you prefer (maybe with coconut yogurt labneh?!) or simply have them as is. They’re good without anything on top but sometimes you just need a little icing.

I’ll be back tomorrow with a burger recipe from a new cookbook, and then on Sunday with another favourites post. A friend of ours will be here from Canada on Monday and stay for a couple weeks, so I’m planning on reducing my posting schedule a bit while he’s here to have some more flexibility to spend time with him and Graham. Instead of six posts, I might do around three a week until he goes. 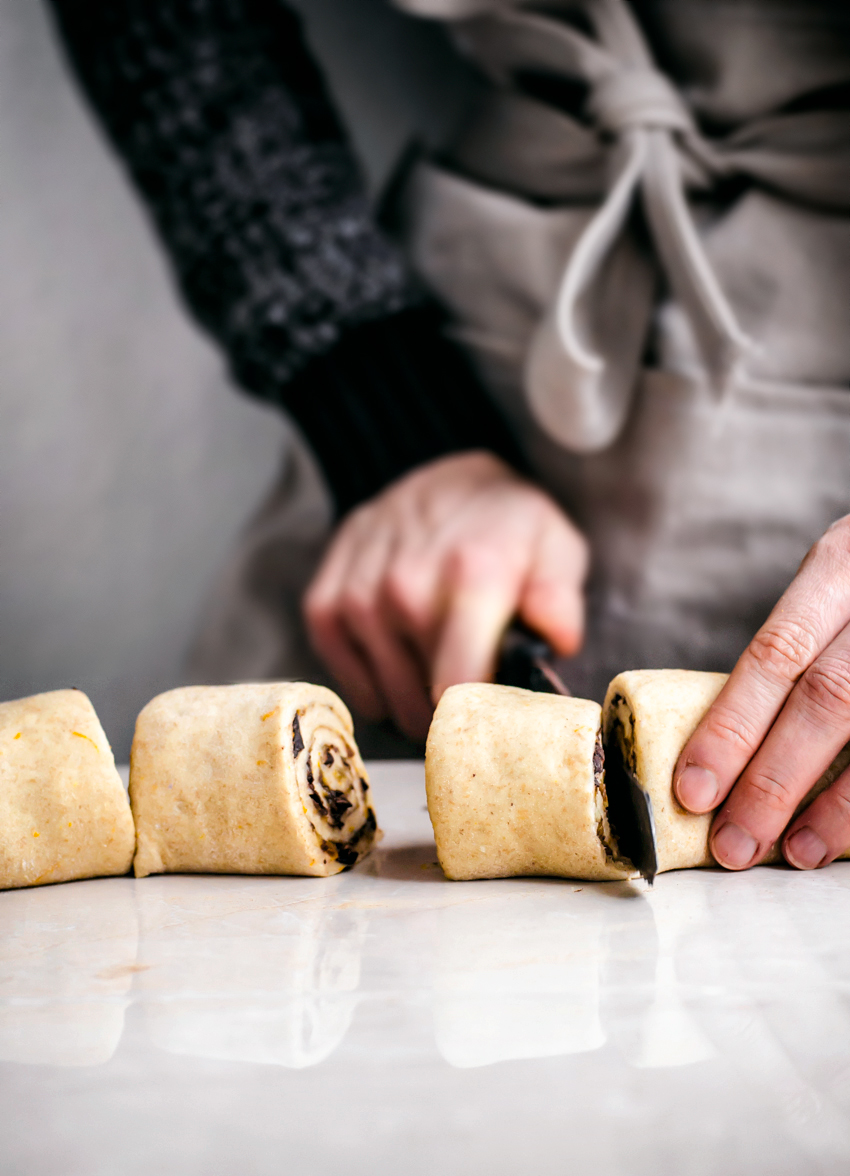 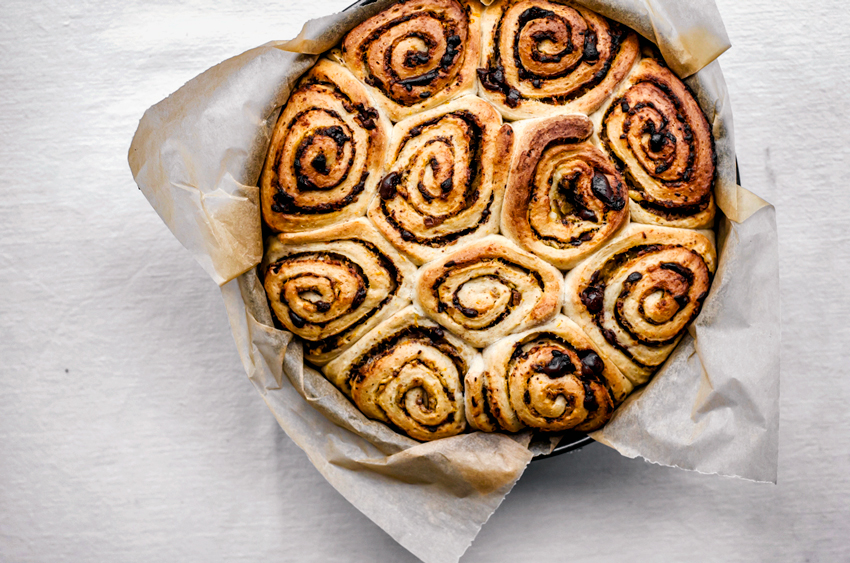 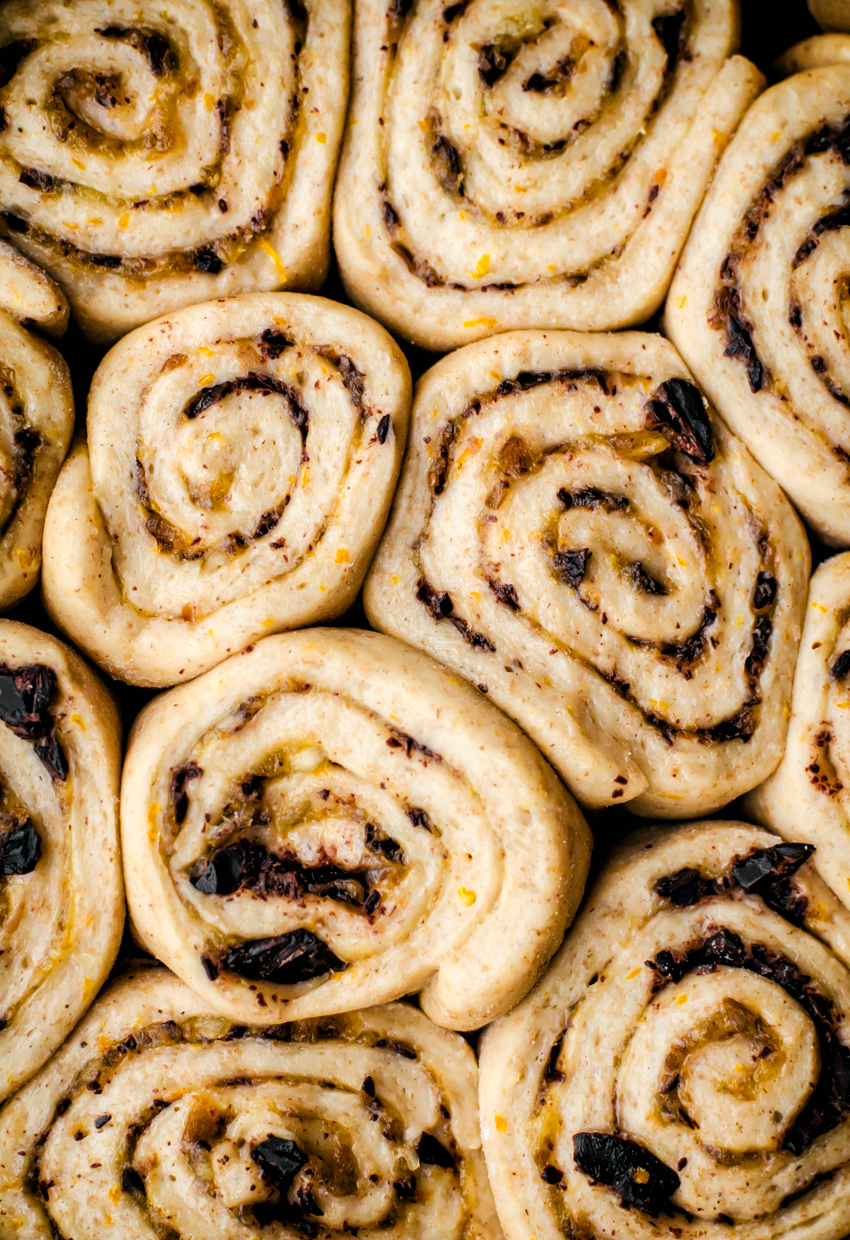 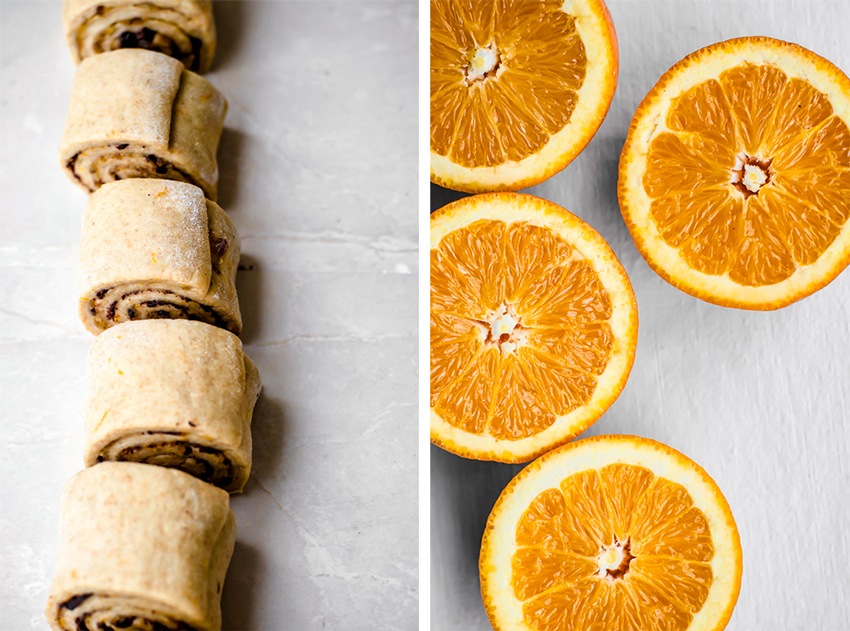 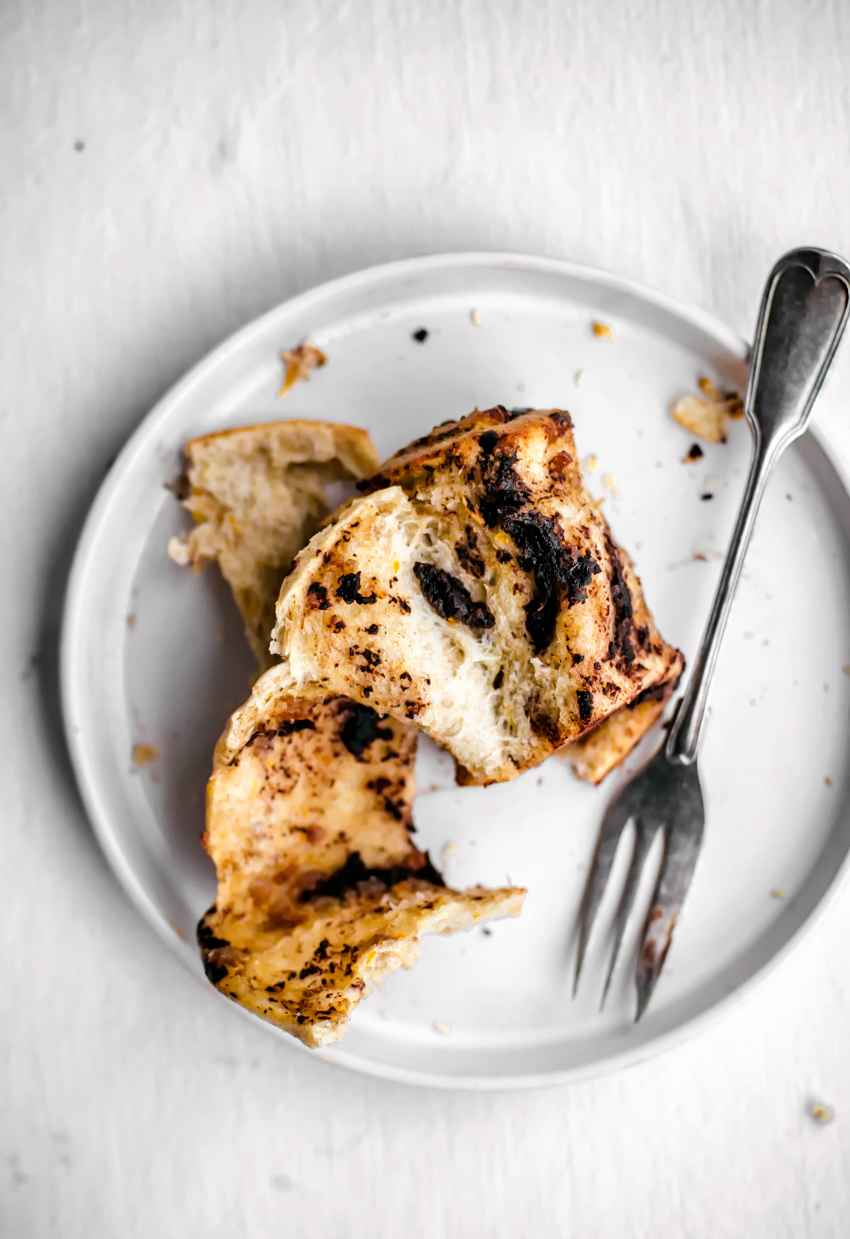 • If the milk mixture gets too hot, just let it cool in the bowl until it's warm but not hot.
• I always use a big dinner plate to cover the top of the bowl when I'm letting dough rise. It's better and preventing it from drying than a tea towel, and fuck plastic.
• You can also use a square tin or a regular baking sheet for the buns, but the baking time might change slightly.
* I did half sunflower oil and half hazelnut. You can use coconut or any light-tasting oil, but try adding some hazelnut if you have it!
** You can also use half a cube of fresh yeast.
*** I know there are eleven buns pictured, but there are the two end bits that I had to bake separately because they didn't fit in the tin. They were photo fuel. 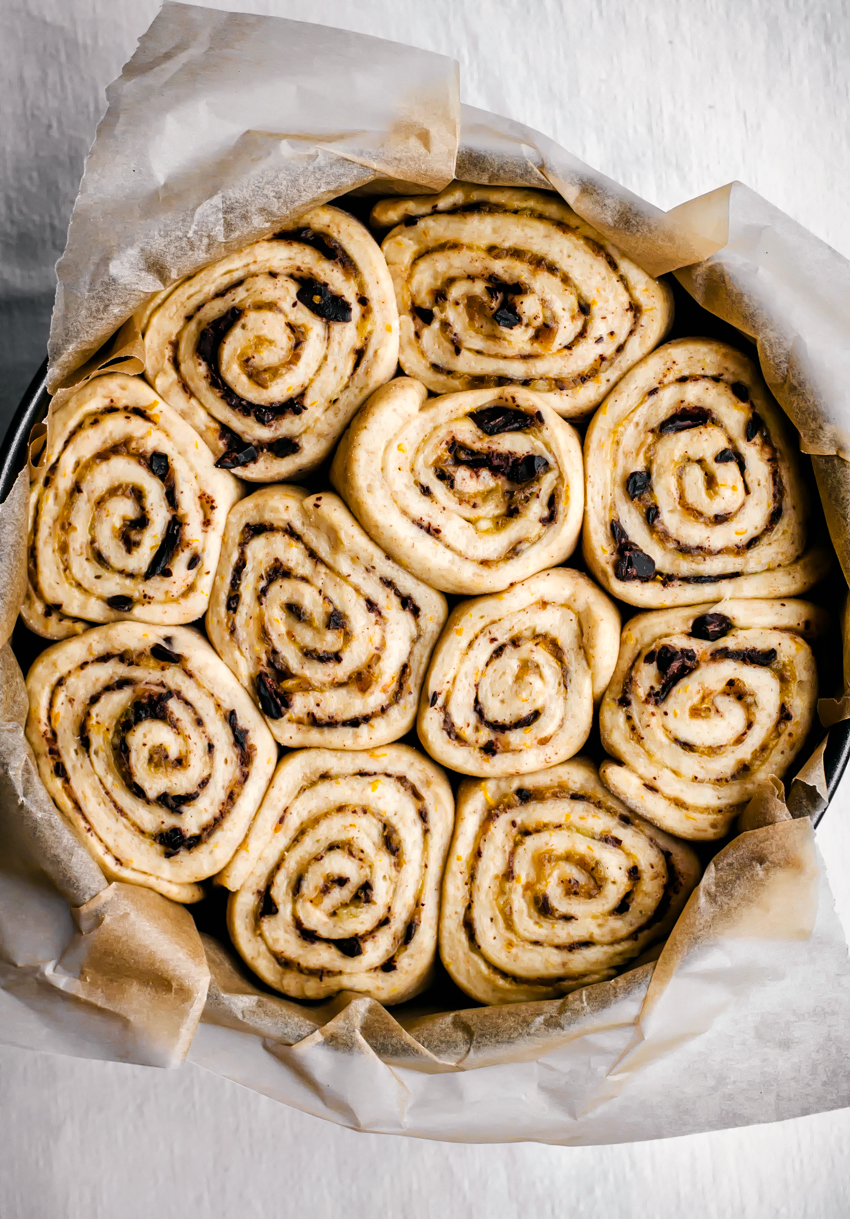 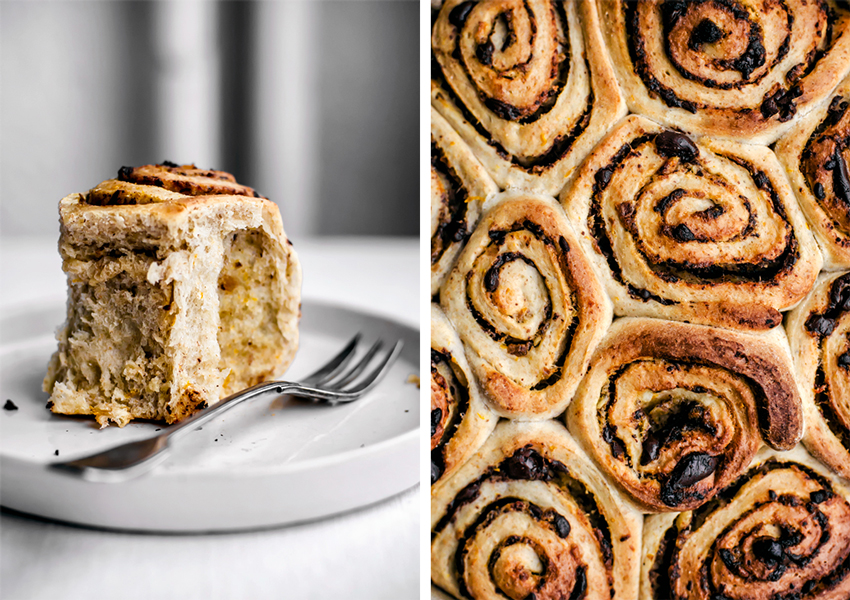 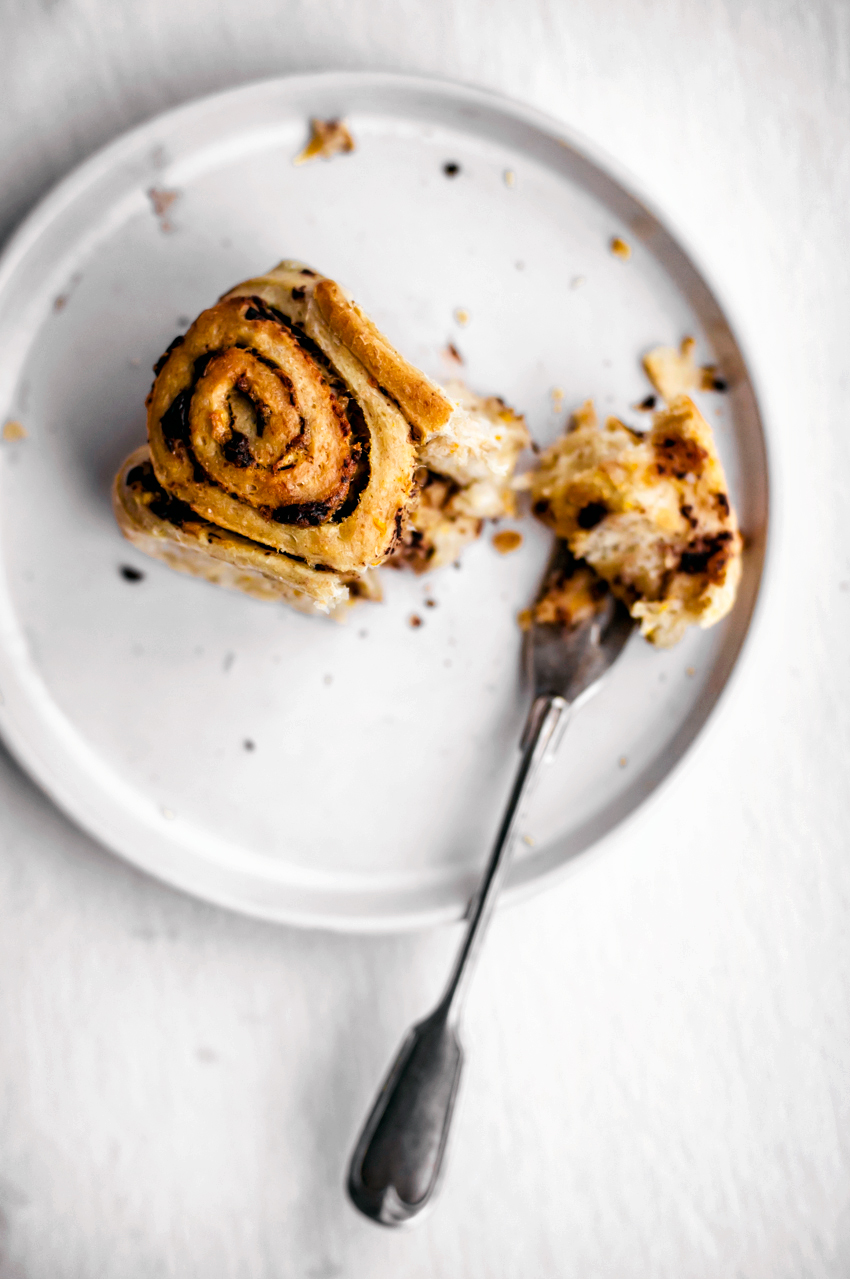