November 4, 2017 by Alexandra Daum
These no bake fig snack bars made with sunflower seeds are an alternative to date-based snacks. Vegan, gluten free, & sugar free, but chewy & delicious.
Jump to Recipe 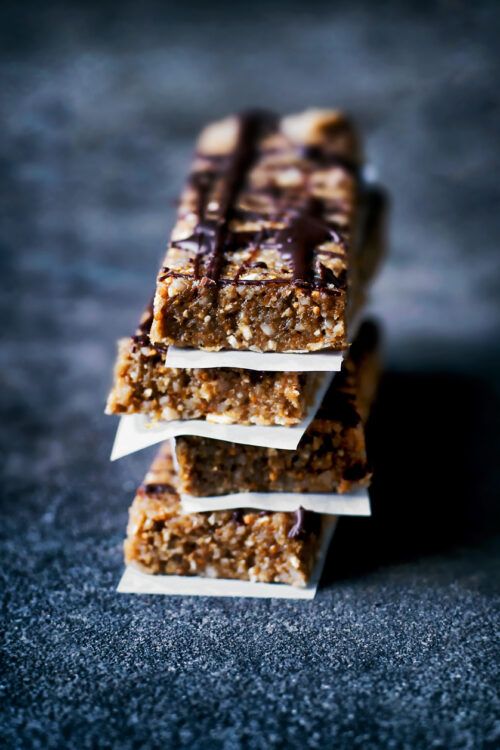 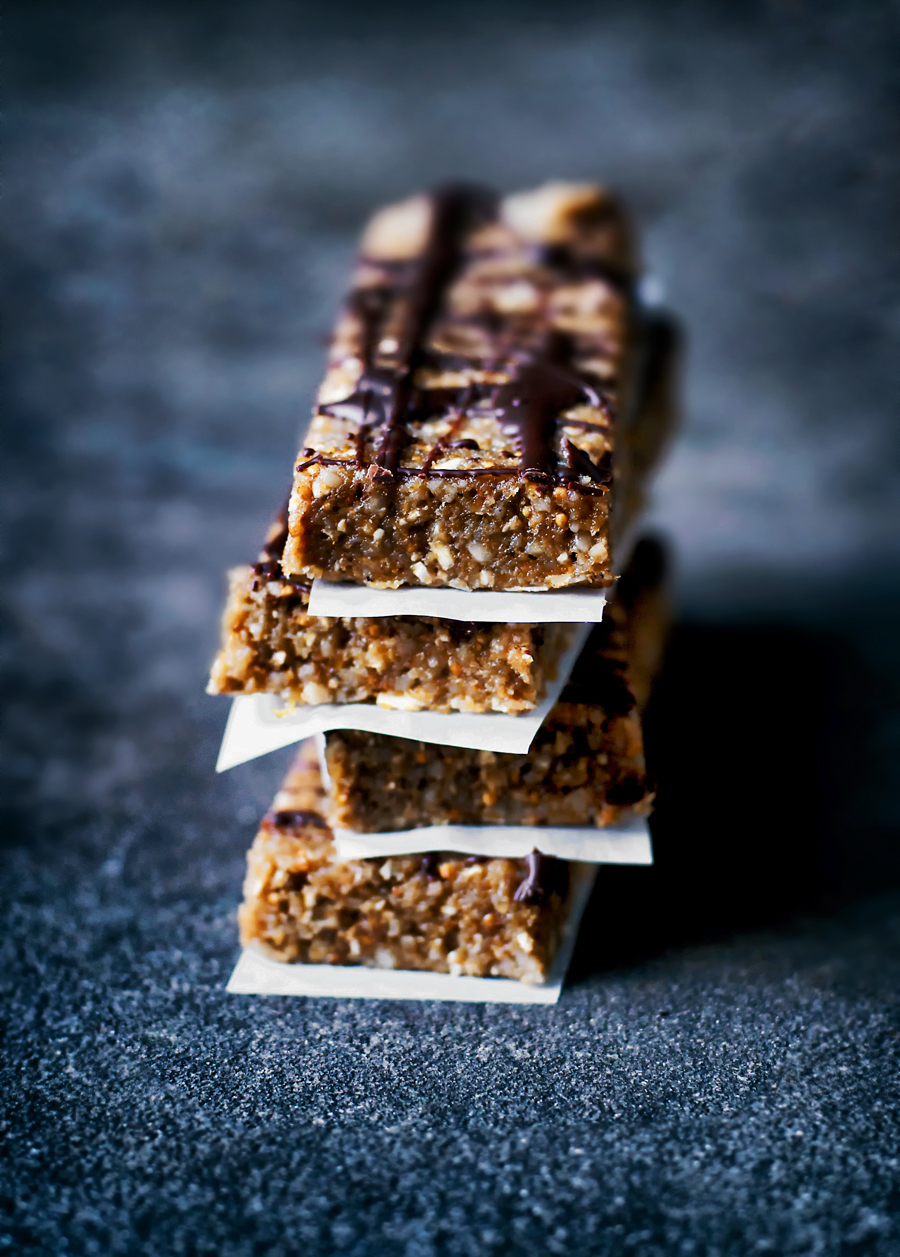 I’ve been trying to make something new every week for Graham to bring to work with him as snacks. This past week, dried figs were on sale at our grocer and were less expensive than the dates I usually get, so I thought I’d try out energy balls made with figs instead. I’m not a huge fan of dried figs, but figured that just meant I wouldn’t eat all of his snacks, hah.

The mixture was a bit too soft to roll into balls but it works really well as a bar. The flavour is definitely a bit more complex, in my opinion, than my usual date-based raw bars/balls and I really like it. It’s not crazy figgy after everything is all blended up and can be a nice change from dates. If, like me, you have an ongoing obsession with figs every autumn, check out my fig & hazelnut cake too.

I know I usually give recommendations for substitutions, but this recipe has so few ingredients that I don’t suggest changing things around, at least the first time. I tried to keep add-ins like chia or other seeds at a minimum so these make perfect work food – no worries about things getting stuck in your teeth! And no one telling you, how rude.

These fig snack bars are best kept in the fridge, I think, but Graham said they held up fine when he brought them to work and left them in his backpack. They’re okay from the freezer but it’s chilly here now and I don’t really want frozen foods when I’m wearing six layers, you know? Even though it’s snowing back home today and everything is still green here – I’m a wimp after living in Europe for a year.

It’s definitely a bit sad to be missing the first snow of the year, especially knowing that we probably won’t get snow at all. It’s like winter doesn’t happen without it, and snow is magical, especially the first one of the season. I’d much rather crunch through snow than squish through wet leaves. I mean, if those are the only options, because obviously warm and sunny is the best.

You’ve been sharing so many pictures of your recreations this week on Instagram, I love it! It always makes my day to see one of you sharing something from the blog. Make sure you tag me (@occasionallyeggs) and use the hashtag #occasionallyeggs so I can see it. 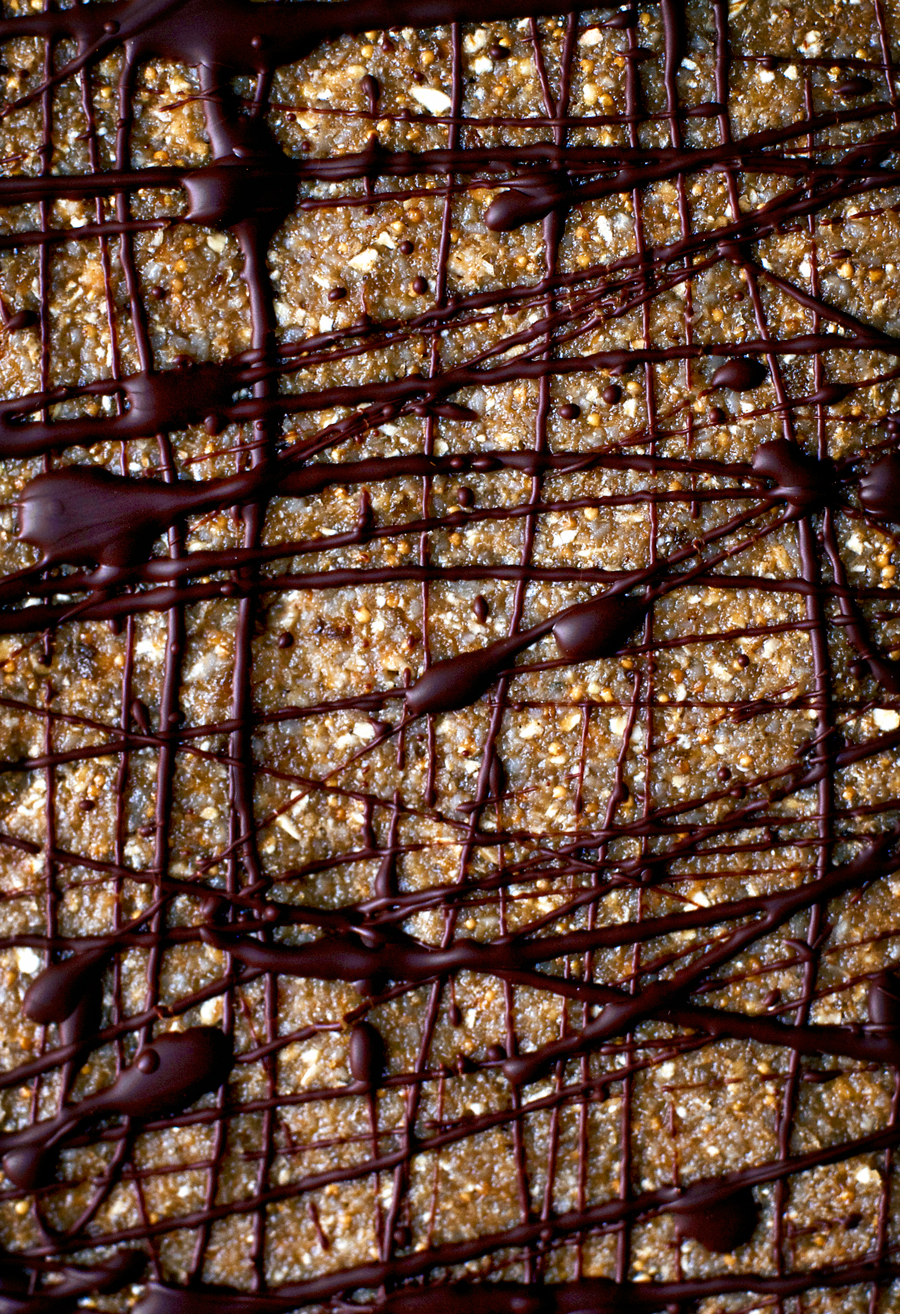 * I used quite large, golden coloured figs. I haven't tried this with the smaller dark figs, but I'm sure they'd work too. ** I've tried this recipe with coconut oil and walnut oil. Even though it's a small amount, coconut oil does make it a bit firmer. Of course use coconut if they need to be nut free. *** Try to use fresh nutmeg if you can. It's more cost effective and tastes better than ground, particularly because it's pretty slow to get through and pre-ground loses its flavour quickly.
© Alexandra Daum
Cuisine: North American
Print 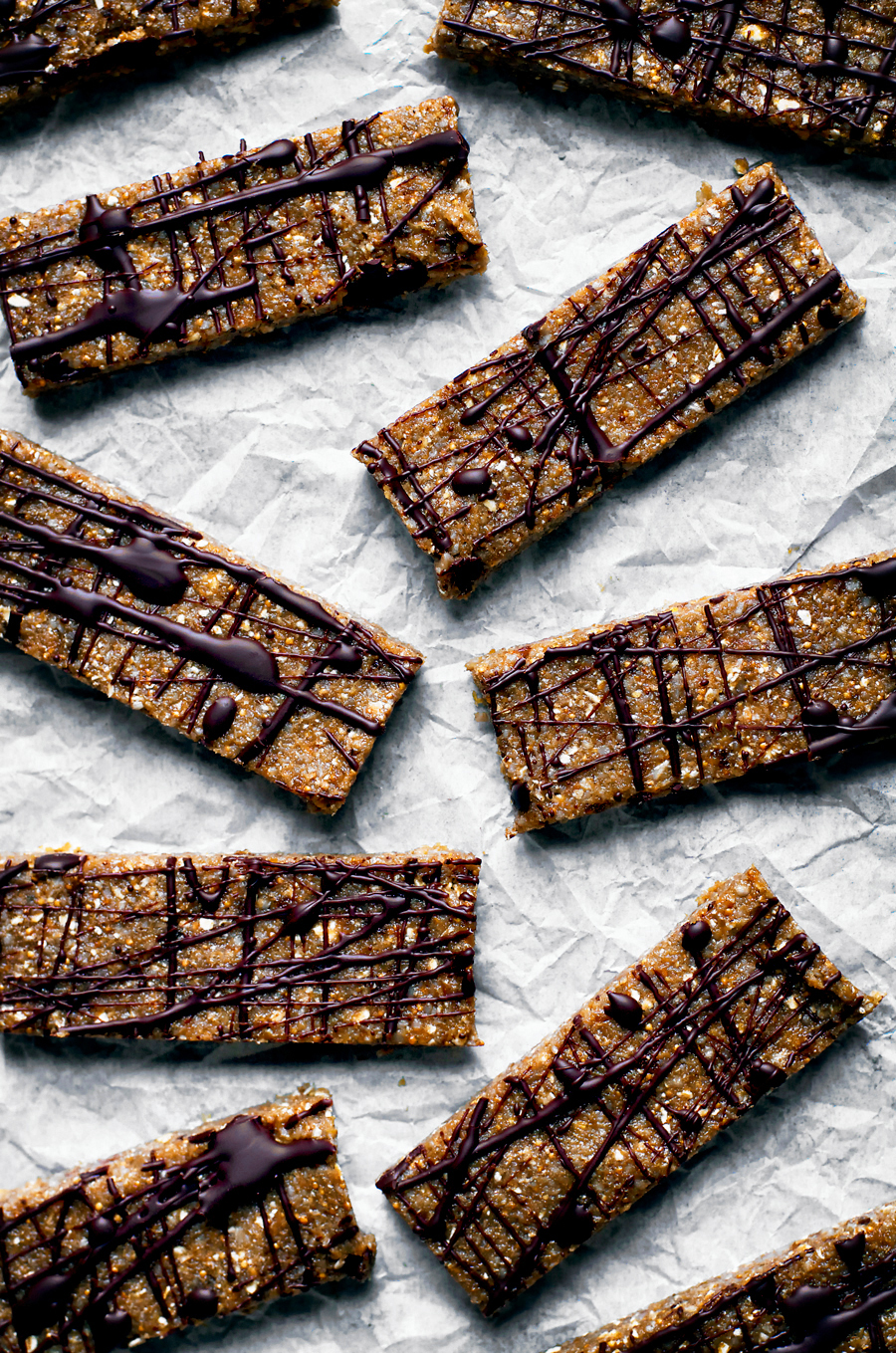