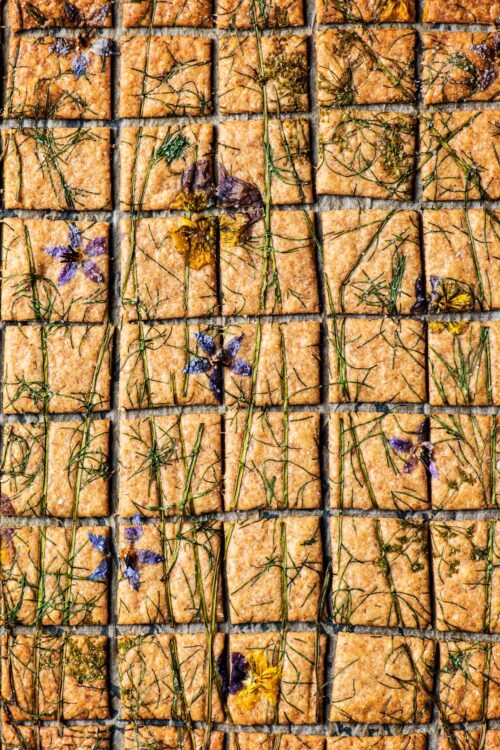 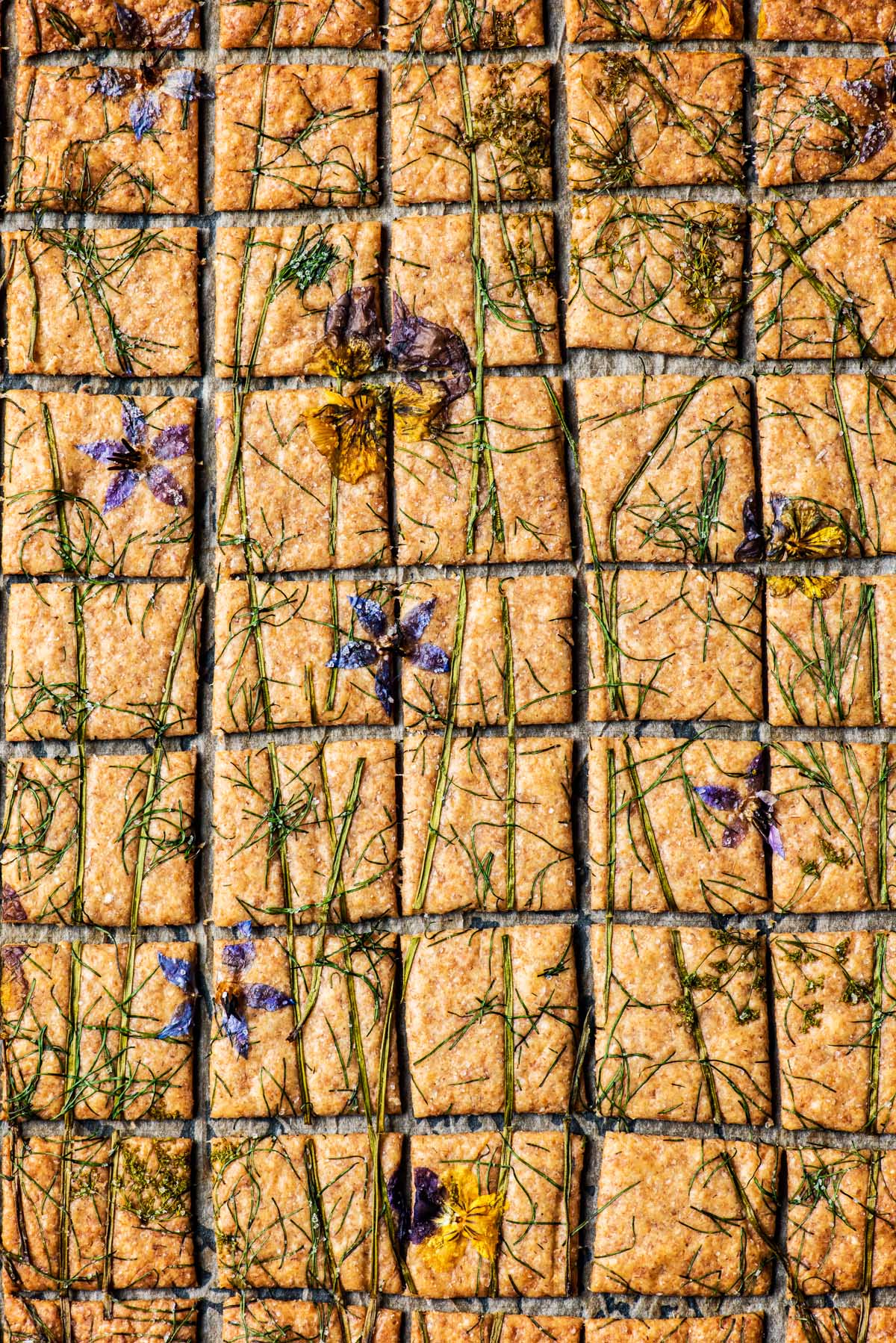 I seem to have an unlimited supply of sourdough discard, and these rye and spelt sourdough crackers are our favourite thing to make with it. With piles of flavour from whole grain flour, olive oil, and any variety of toppings, they’re a great easy bake.

Crackers sometimes feel like a bit much work for not much payoff, but like most things, they’re phenomenal when made from scratch. A little rolling and cutting is all it takes for some truly excellent crackers.

I’ve topped these with edible flowers (pansies and borage) from the garden, fresh dill, and chives. I equally love oregano and thyme or sesame seeds as a topping, but edible flowers are beautiful and suit the season so perfectly.

If you, too, have an excess of discard from feeding your starter, give them a try. These are adapted from our basic sourdough crackers on Baked.

Any whole grain flours can be used in place of spelt and rye, including 100% of either rather than a blend. I haven’t tried making these with GF flour because I don’t have a gluten-free starter.

You will need to roll the crackers out between two sheets of parchment paper (or some kind of reusable baking mat) as the dough is on the sticky side. The thinner, the better, though we’re not going so far as to use a pasta roller or anything.

Splitting the dough in two parts exactly fills my large oven-width baking sheets. It should be the right size for your largest sheets – if you just have smaller ones, split the dough into three instead so it can be rolled out as thinly.

Brushing oil over the top of the crackers is what makes the toppings stick, so don’t skip this step. While herbs and edible flowers are both beautiful and delicious, seeds, spice mixes, or plain salt are all good too.

The dough can be refrigerated for up to 48 hours before baking. The taste will become more noticeably sour if it rests for any length of time, and the age of your discard will make a difference to the flavour as well.

* I highly encourage using weights for any recipe with sourdough, but if you want to use active starter rather than discard, you must weigh it to get the correct amount. * Pictured is with whole grain spelt and rye. Light (white) spelt can also be used. *** If the dough is too soft or refusing to come together properly, set it aside (covered) for ten minutes. This allows the grains to absorb some of the liquid and it should be easier to work with after resting. **** If you have a fan-force option on your oven and want to bake both sets of crackers at once, do that instead of working in two batches.