September 17, 2018 by Alexandra Daum
This simple overnight spelt rye bread is made with just 5 ingredients, including water and salt. It's a basic bread with an excellent flavour thanks to a long fermentation time and no need for a sourdough starter.
Jump to Recipe 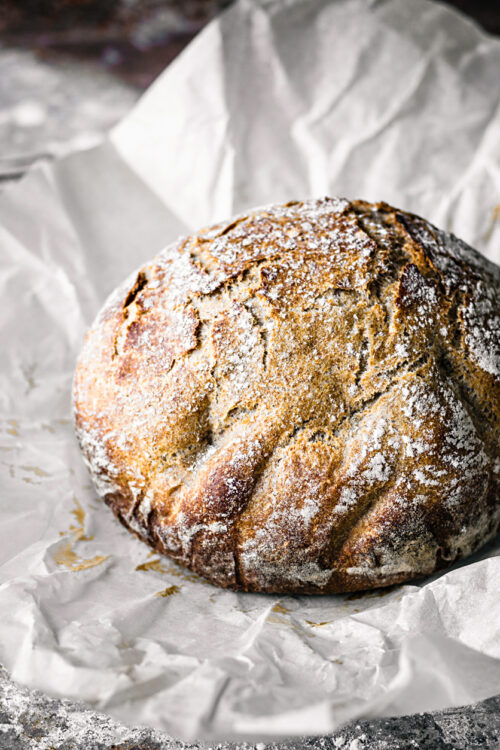 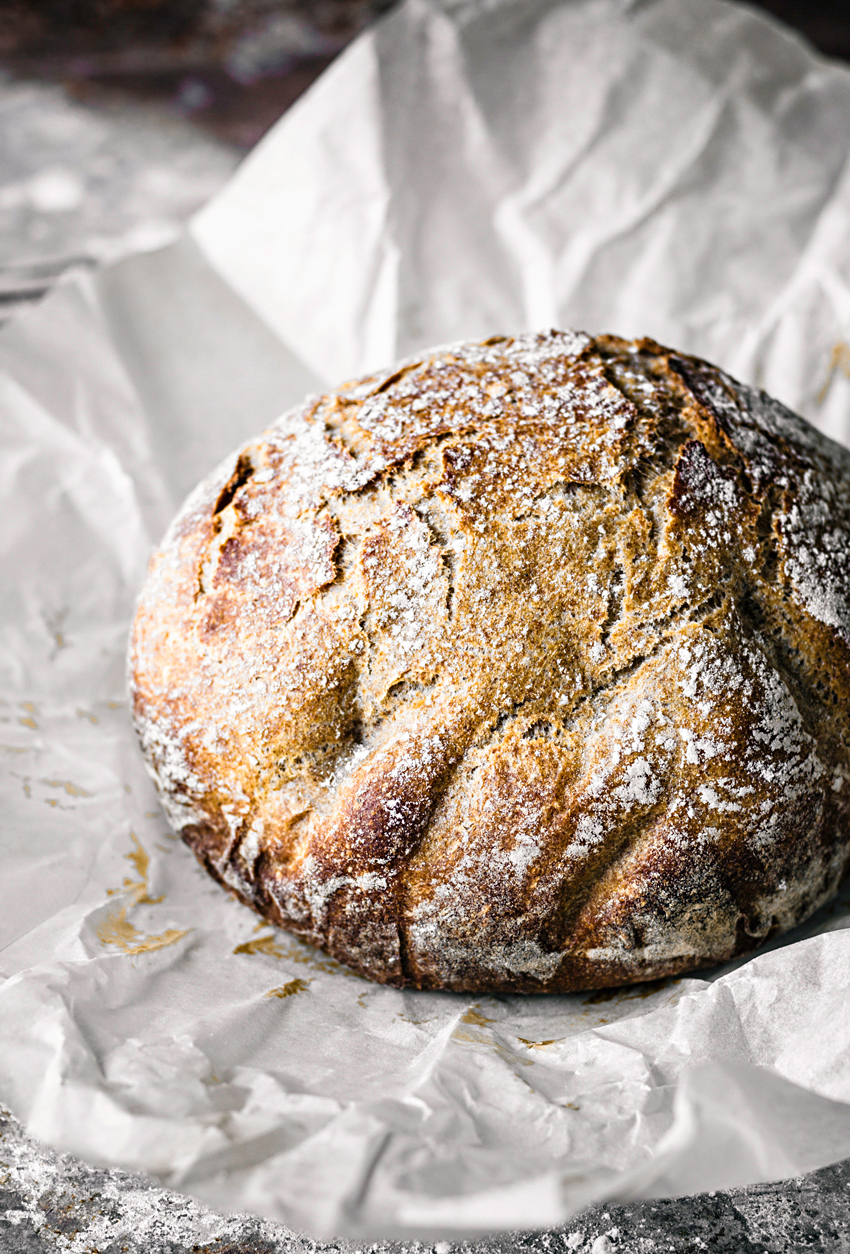 Overnight bread is a staple in my house and has been for years now. This version is a simplified recipe based off one of my most popular recipes, an overnight dark rye bread that’s common here in northern Europe.

Instead of including oats and cocoa powder to make it darker and denser, I’ve kept the ingredients list very short – just whole spelt flour, rye flour, water, salt, and yeast. Equal parts of spelt and rye give a great flavour without being overwhelming.

I killed my sourdough starter early on in the summer by leaving it in the sun and haven’t started a new one yet. We’re currently house hunting in the Netherlands and I don’t want to move it around too much, so for now, overnight bread is the best option. And it’s a good one, too.

Baking the bread in a heavy pot creates steam and results in a crusty loaf reminiscent of what you’ll see in just about every bakery here, especially when you use hearty flours like spelt and rye.

Most long ferment bread recipes will tell you that you need a Dutch oven or another heavy covered pot to make the breads, and you do if you want a crusty, bakery style bread like this one. But in general, you don’t.

In fact, this overnight spelt rye bread is great for sandwiches (see this post for instructions on how to do an overnight bread in a loaf pan). I’ve been making it in a normal bread pan since moving to Germany because I don’t have a heavy enamel pot here and it’s great. You don’t get the same crust necessarily but it still has a great flavour and it’s even easier. 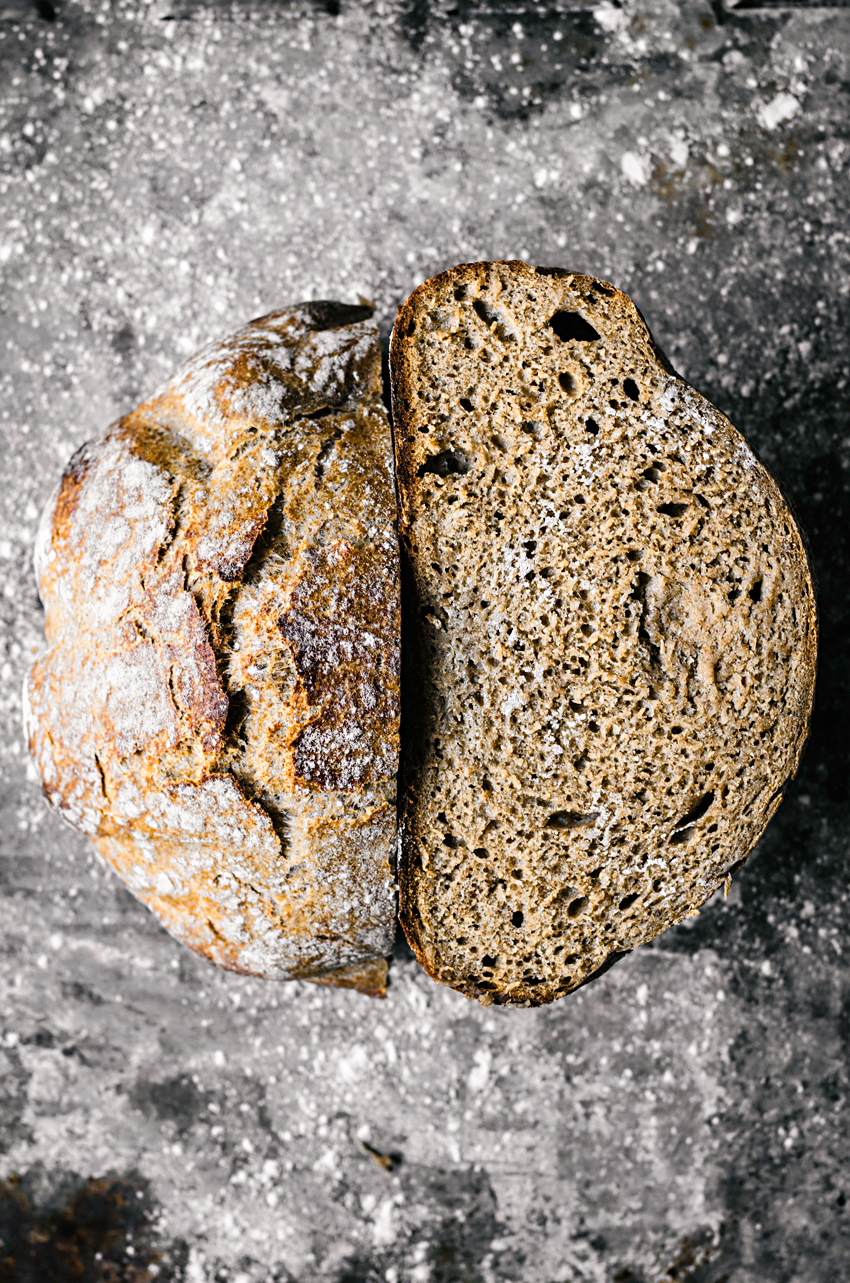 Using parchment paper in the pot makes the process easier in a few ways. You don’t need to worry about catching a hand on the very hot inner edge as you drop the bread in, or sticking if your pot is old, not enamelled, or you’re just a little worried about it.

You also don’t need to flour a kitchen towel, which invariably sticks to the dough and refuses to wash out. If you have a banneton it’s great to let the dough rise in there, then place it on the paper before dropping that into the pot. Otherwise I usually put the paper in a bowl, then scoop the dough out onto that, then drop it into the hot Dutch oven.

I also have a no knead honey & oat sourdough recipe if you’re looking to branch out a bit. If you’re looking for a whole grain, healthier option to a standard no-knead bread, this easy overnight spelt rye bread is it. I’ve shared several bread recipes over the years and you guys always seem to like them (are there not so many alternative bread recipes out there?) so I hope you like this one just as much!

And wish us luck – we’re meeting with a realtor in Groningen tomorrow! Fingers crossed we find a house very soon. 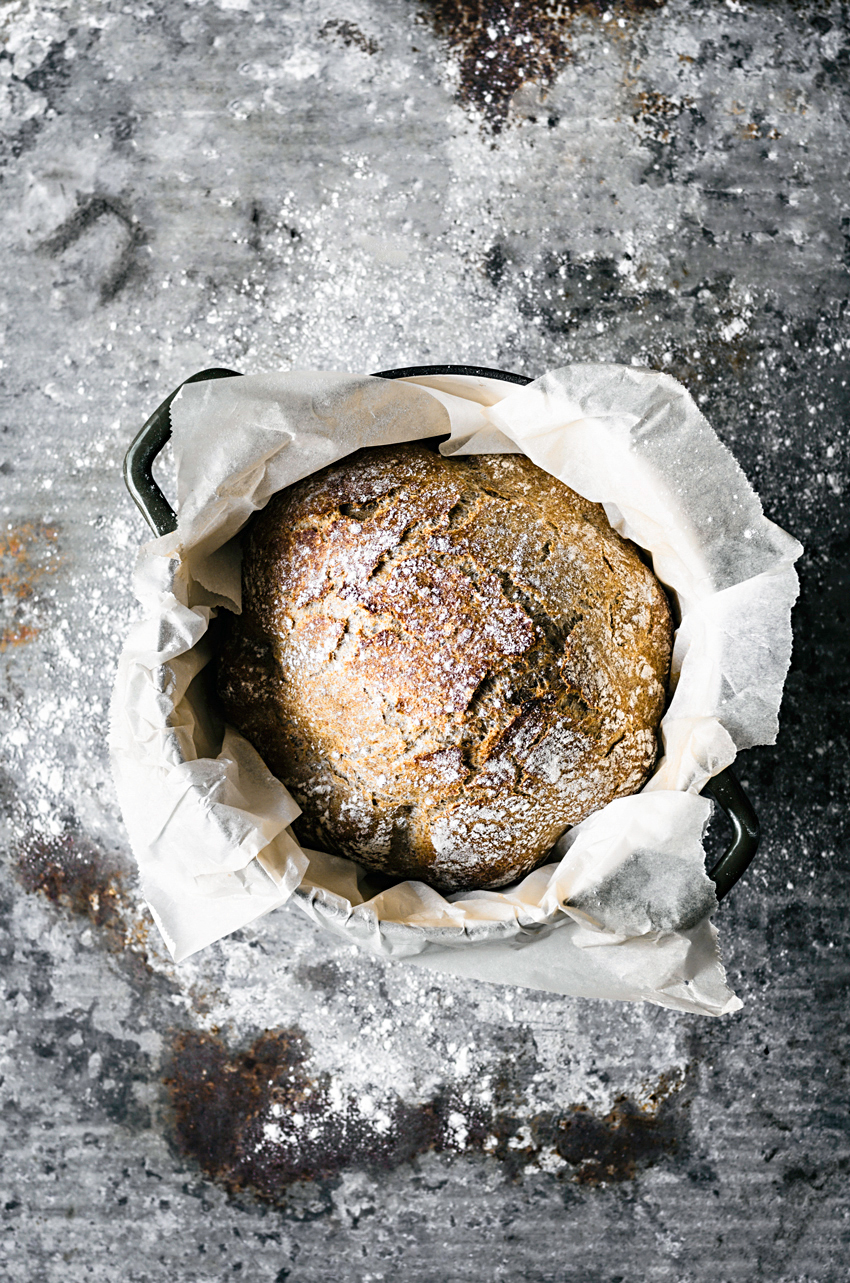 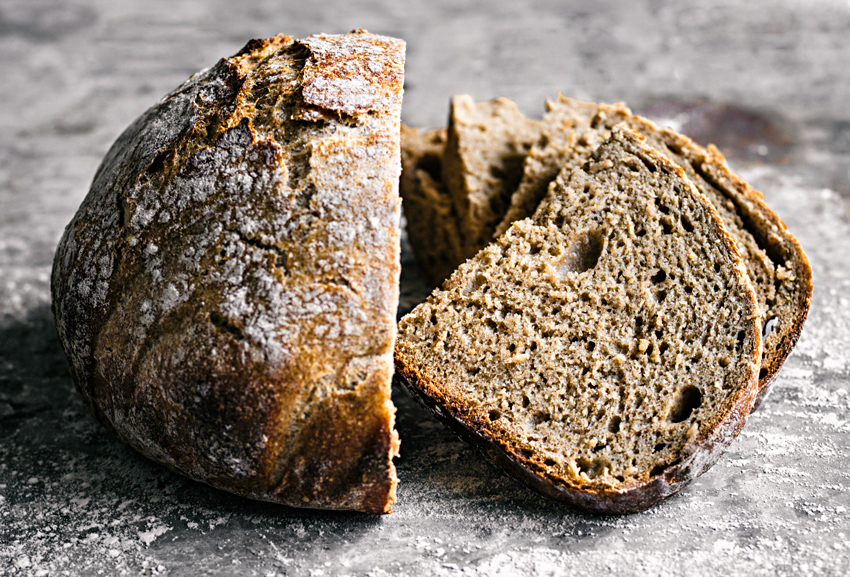 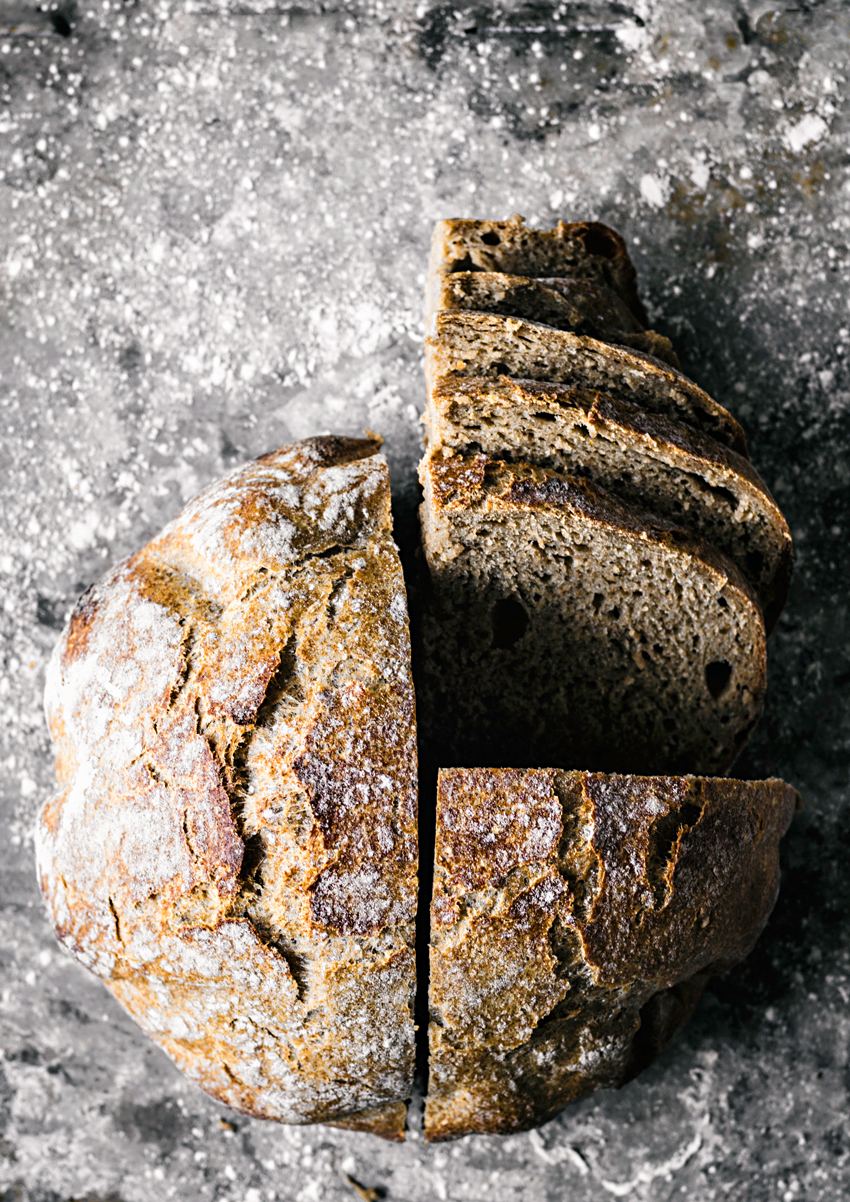 • Storing the bread wrapped in a tea towel will keep the crust from softening after a day. This bread does keep longer than normal yeasted bread before becoming stale but will quickly go bad if left in a warm, humid environment. * You can use either light or whole grain spelt flour, both work well. 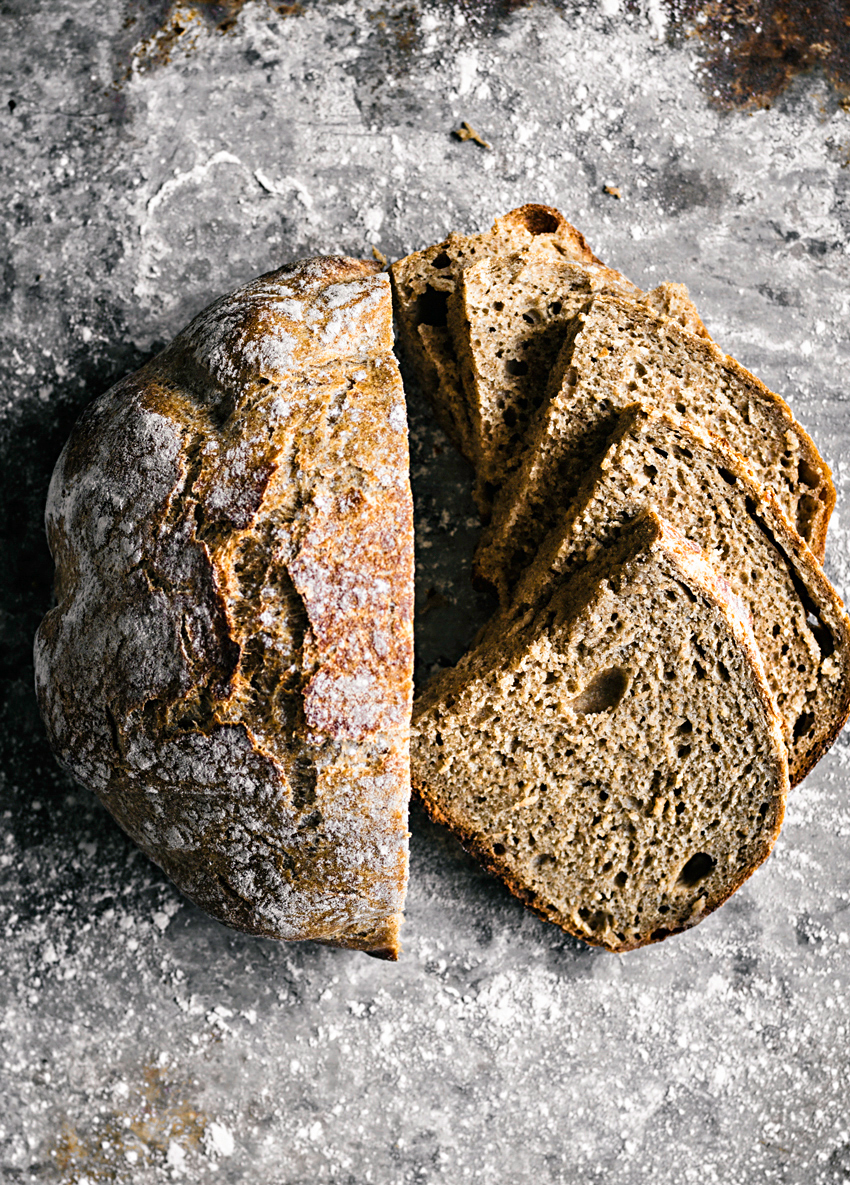 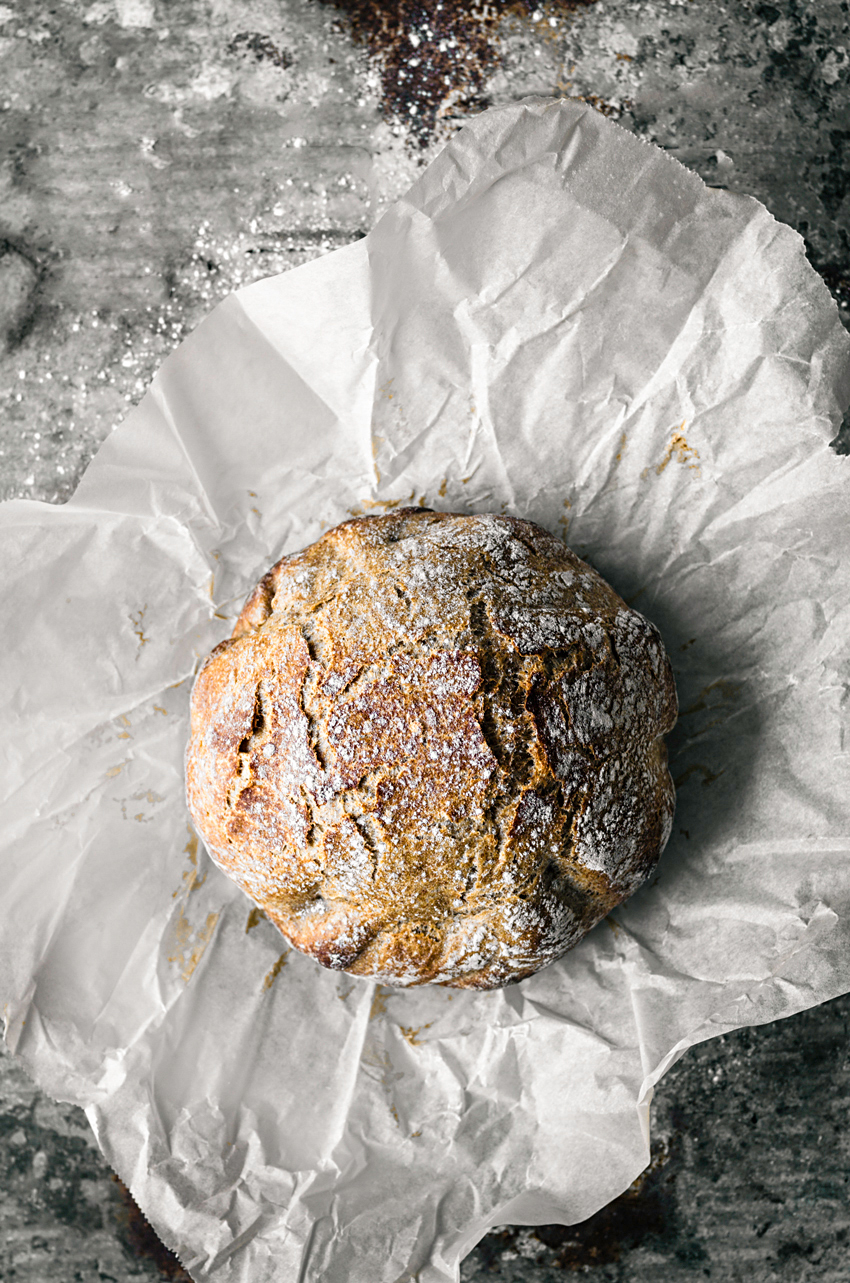