May 30, 2021 by Alexandra Daum
Rhubarb curd is a beautiful pink spring preserve, perfect for toast, ice cream, and adding to baking. This version uses honey instead of sugar, and whole eggs.
Jump to Recipe 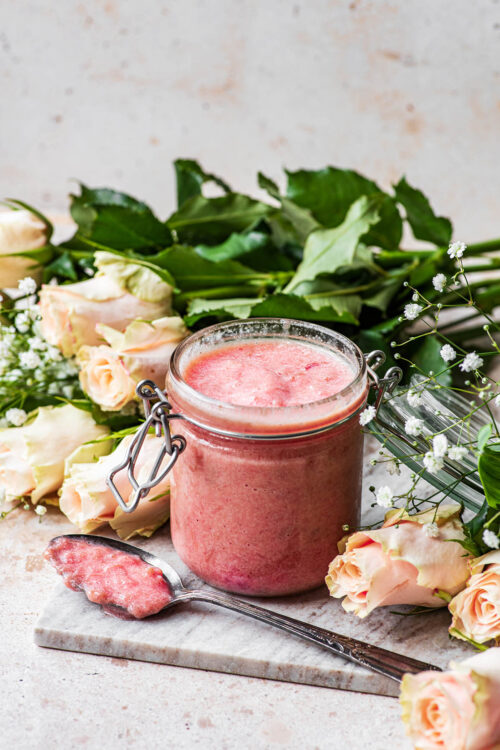 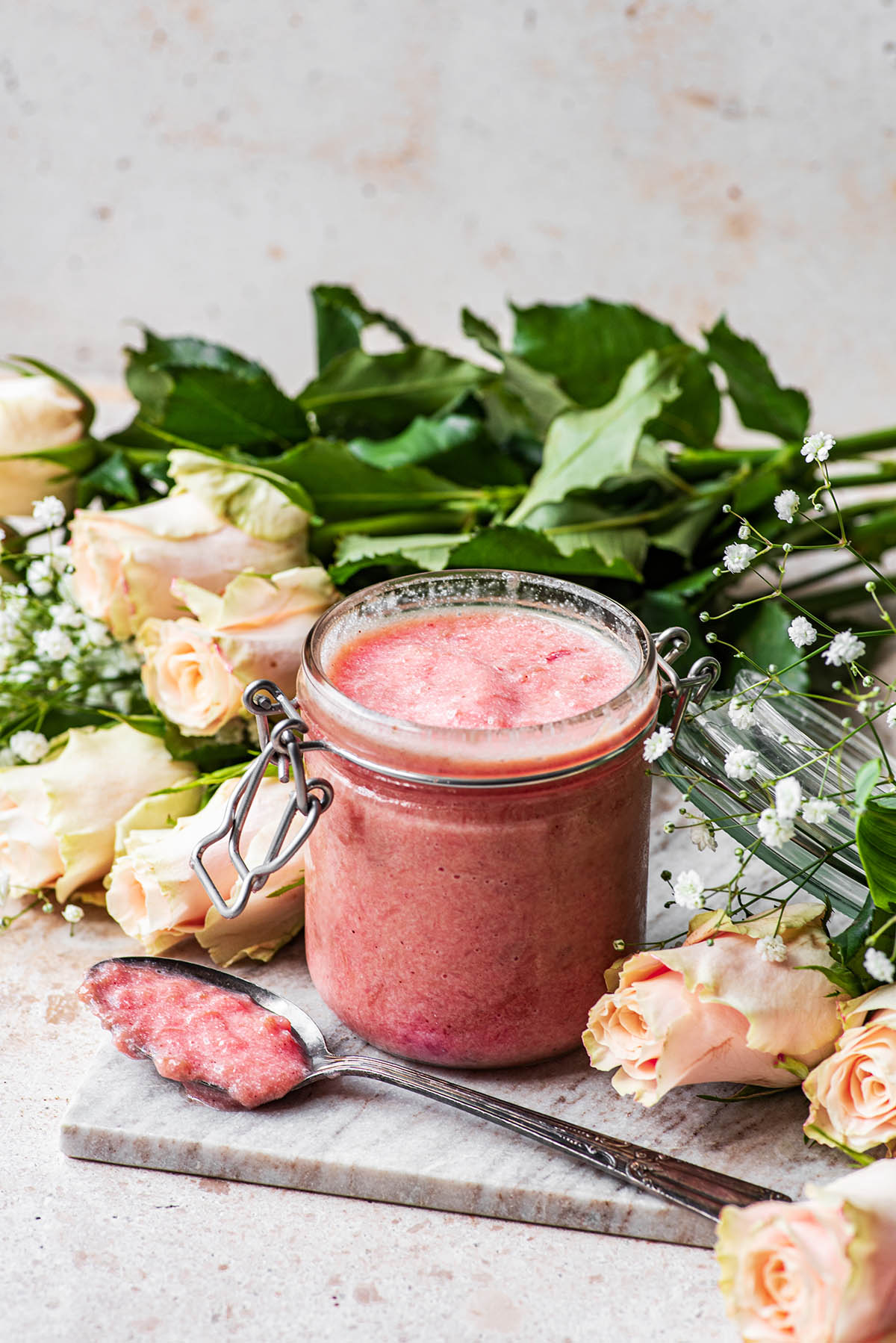 Rhubarb curd is a beautiful pink spring preserve, perfect for toast, ice cream, and adding to baking. This version uses honey instead of sugar, and whole eggs.

While you might be more familiar with lemon curd, rhubarb curd is just as good, and a great way to use the early spring produce. Rhubarb is deliciously sour and works just as well with the sweet and creamy elements of a curd.

If you’ve never had it before, it’s almost like an ultra-flavourful pudding or custard, with a similar texture. Add to cakes, cookies, and any other baking, or try it topping porridge or other simple sweets.

Using honey gives a wonderful depth of flavour, and since this recipe uses less sweetener than would be typical, it’s also a less cloying and more enjoyable on its own.

Use a good vegan butter as a 1:1 substitute for the coconut oil if preferred. If dairy isn’t an issue, you can also sub regular dairy butter.

If you have green rhubarb and no beets on hand, pop a small handful of raspberries into the pot when cooking the rhubarb. It’ll improve the colour and barely change the flavour.

For late season rhubarb, either peel the thin outer layer to avoid stringiness, or blend the cooked rhubarb mixture before adding the coconut oil.

It is necessary to stir constantly when making any curd, and cook over very low heat. It’s similar to a custard in that if it gets too hot, the eggs will scramble. Take your time.

I don’t recommend canning this. If you’d like to preserve your rhubarb curd, simply freeze it in a sealed container.

There is a bit of texture present as the rhubarb doesn’t break down entirely during cooking. If you prefer it to be completely smooth, blend with an immersion blender or cool and blender with a small mixer.

* Sub a good dairy-free butter (or dairy, if you prefer) in place of the coconut oil.

This post was originally published in June 2015. It has been updated most recently as of May 2021.