March 17, 2019 by Alexandra Daum
A six-strand vegan challah with lemon and vanilla for a classic cake flavour in a sweet bread. This is a classic Easter bread made healthier with spelt flour, maple syrup, and coconut oil.
Jump to Recipe 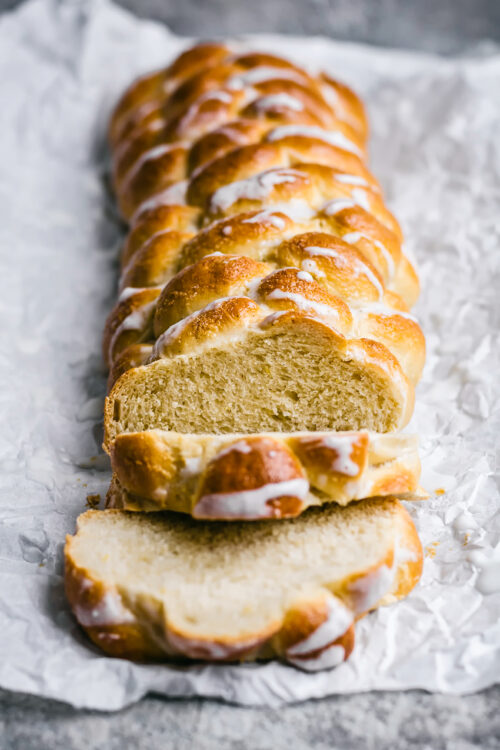 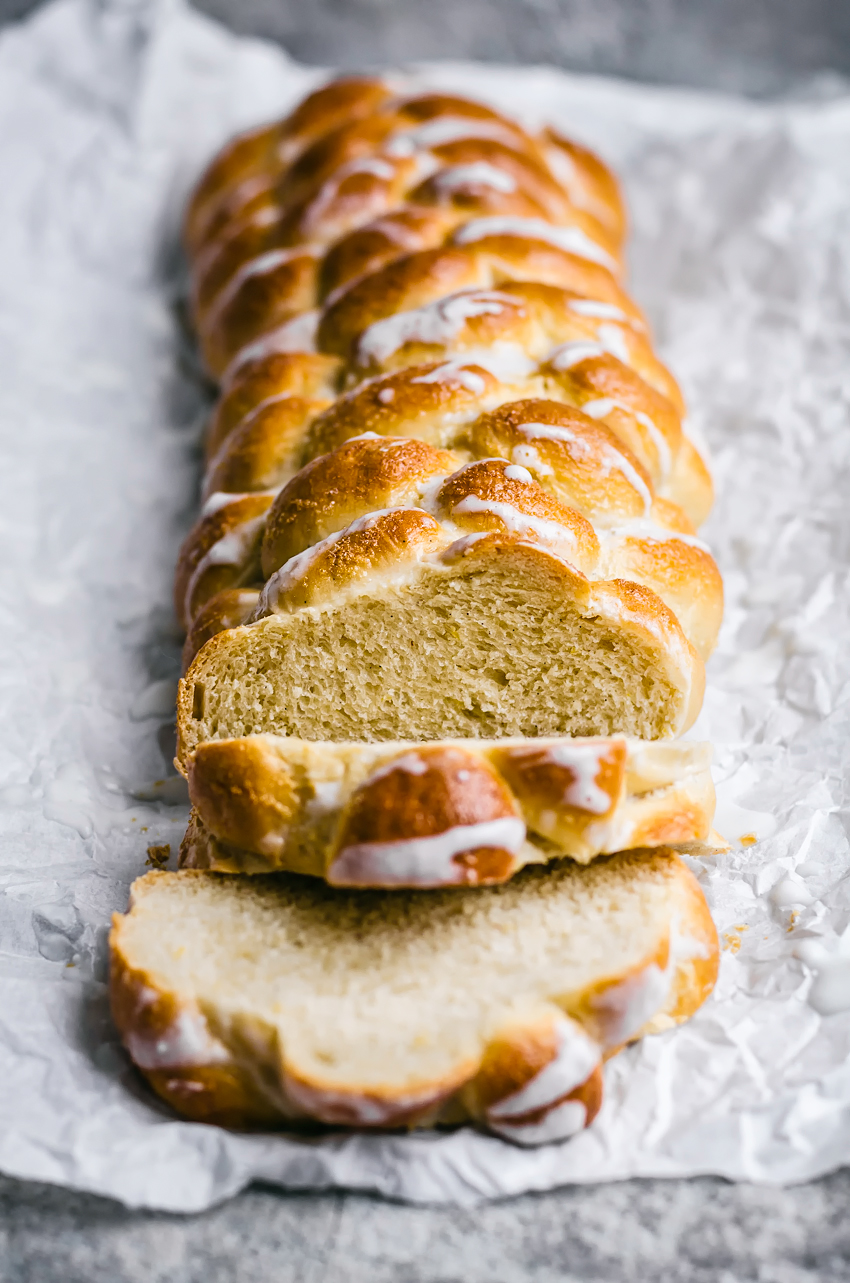 Easter isn’t the same without a challah, or zopf in German, a sweet braided bread made with a rich yeast dough. This one is vegan and made with vanilla and lemon for a traditional cake flavour in bread form. This is a total cake bread though.

Usually sweet breads use eggs but they’re just as delicious without if you don’t eat eggs, and the most perfect spring treat. I always use spelt flour, usually light (or sifted) spelt to make bread, and find it works well. And if you don’t celebrate Easter, you should still make this bread! It makes phenomenal dairy free French toast and would be a nice mother’s day treat if you’re looking for a reason to bake up a loaf. It’s just so pretty.

A six-strand braid, used here, looks much trickier than it actually is. This is the video I used when I first learned how to do a six-strand braid, and it’s a pretty simple concept once you get the hang of it.  Mine clearly isn’t perfect but that’s okay. If it seems a bit too complicated then just do a three strand braid, or twist two together and avoid braiding altogether. Every once in a while I’ll make individual challah buns by making a double knot with a long strand of dough and tucking the ends underneath.

I know I always talk about how home bakers are often a little worried about making bread at home, but it just needs a bit of practice and then it’s second nature. The only really important things are making sure your yeast is fresh and knowing when to stop adding flour. The second bit is what needs a little more practice. I usually test recipes for the blog three times but this one got at least six trials because I kept hating the pictures! At least you know it’ll work, hah.

There’s a worldwide vanilla shortage happening at the moment and it’s become significantly more expensive. Cardamom makes a great substitute here if you don’t already have vanilla, and of course you can use extract instead of vanilla powder or a bean. My sister gave me a package of beans for Christmas, so I was lucky to get some before the shortage really took hold. Look at those pretty speckles!

I have a few other sweet bread recipes on the blog that are great for Easter or the end of Passover if this one isn’t doing it for you. This chocolate banana babka is a reader favourite, rhubarb streusel cake is great if you can get some forced rhubarb, chocolate orange and date cinnamon buns can also be made into a challah (or kept as is, just as good), and there’s even a very old pear and almond braid recipe that’s lovely for this time of year back in the archives. 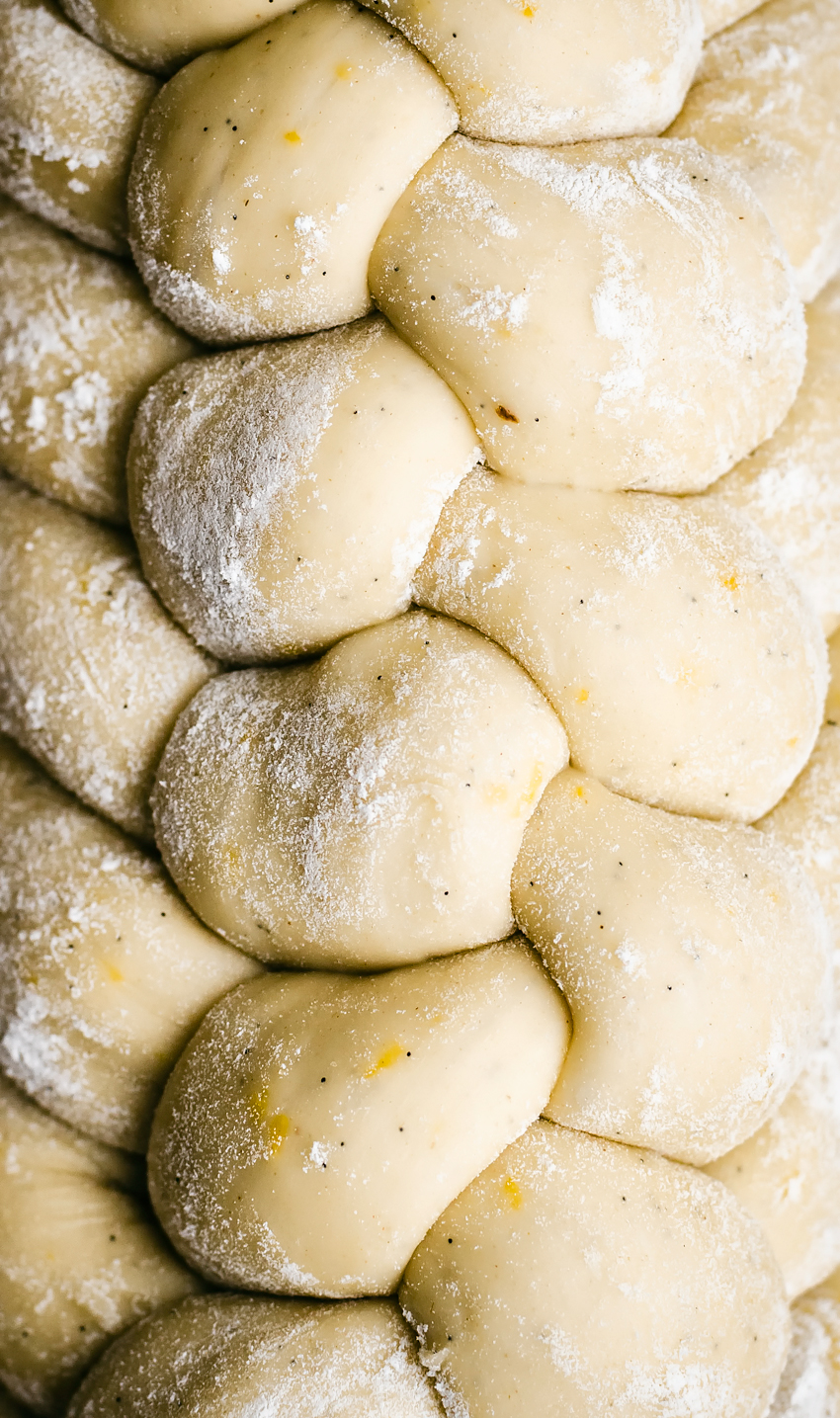 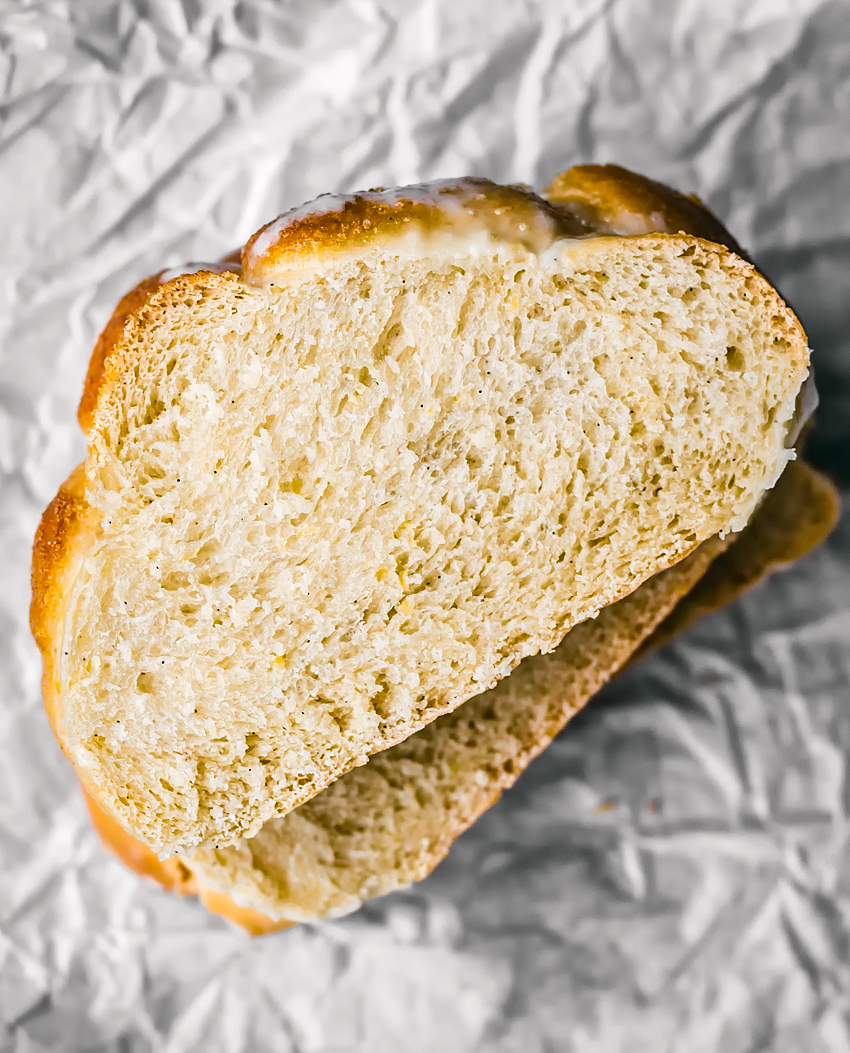 • That glaze you see on the bread was a spur of the moment decision as this was the fourth (!) time I photographed this bread - it's just a little coconut cream whisked together with lemon juice and honey. It looks pretty and tastes great but I don't recommend it if you're transporting or storing the bread. * I don't recommend using canned full-fat coconut milk for this recipe, but any other nondairy milk (oat, almond, cashew) will all work well. ** You can also use half a square of fresh yeast in place of the dry. *** This recipe does work with all-purpose flour if that's what you prefer to use, and has been tested with it. 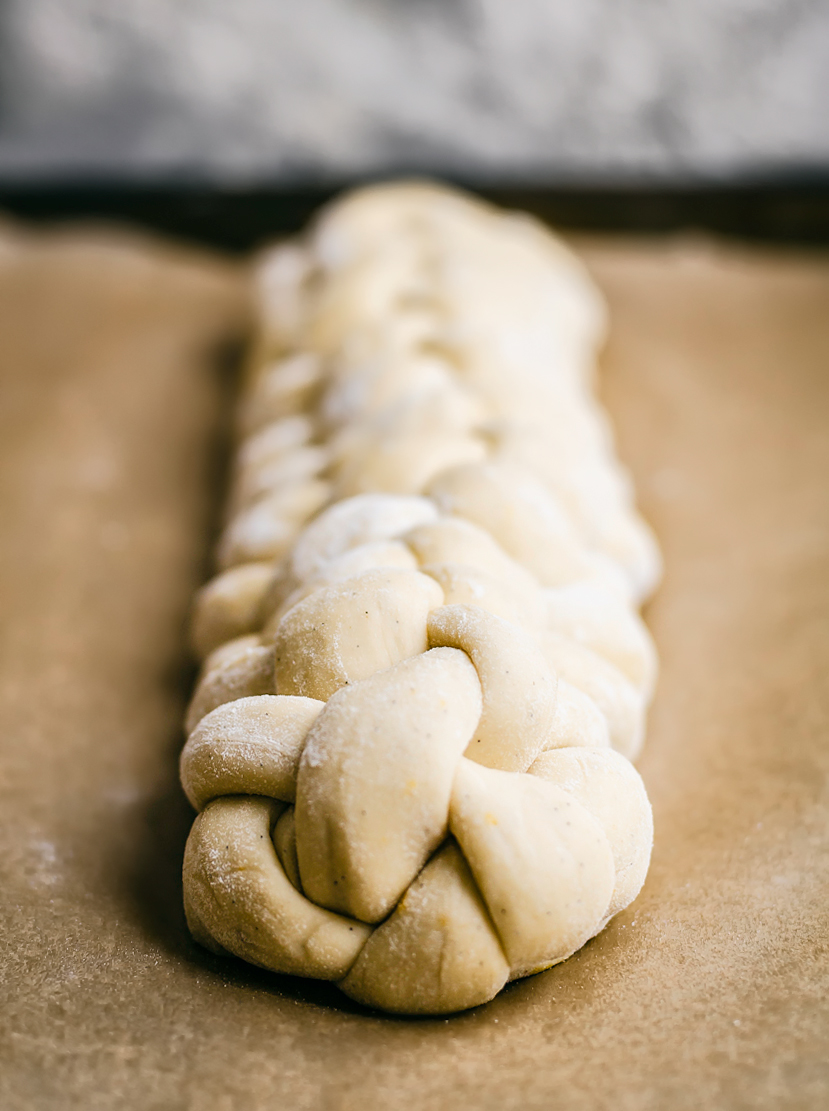