January 19, 2017 by Alexandra Daum
This vegan chocolate chia pudding is made with dates and nondairy milk then blended to make a surprisingly creamy and healthy breakfast or light dessert. Flavoured with orange zest, and topped with pomegranate and orange juice for a bright wintertime treat.
Jump to Recipe 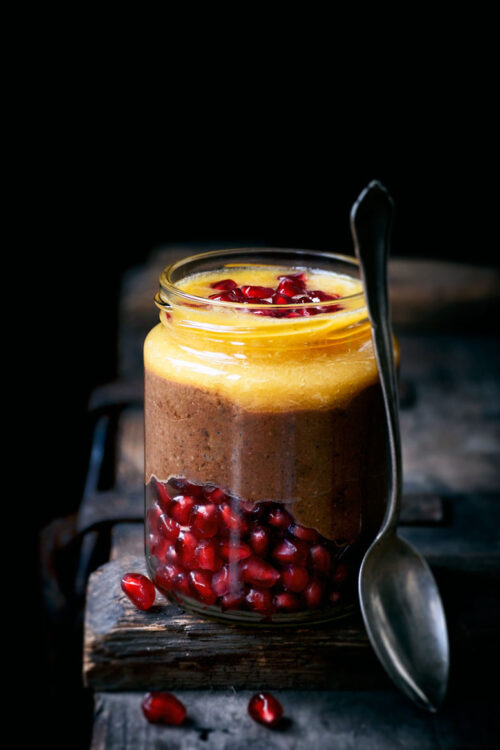 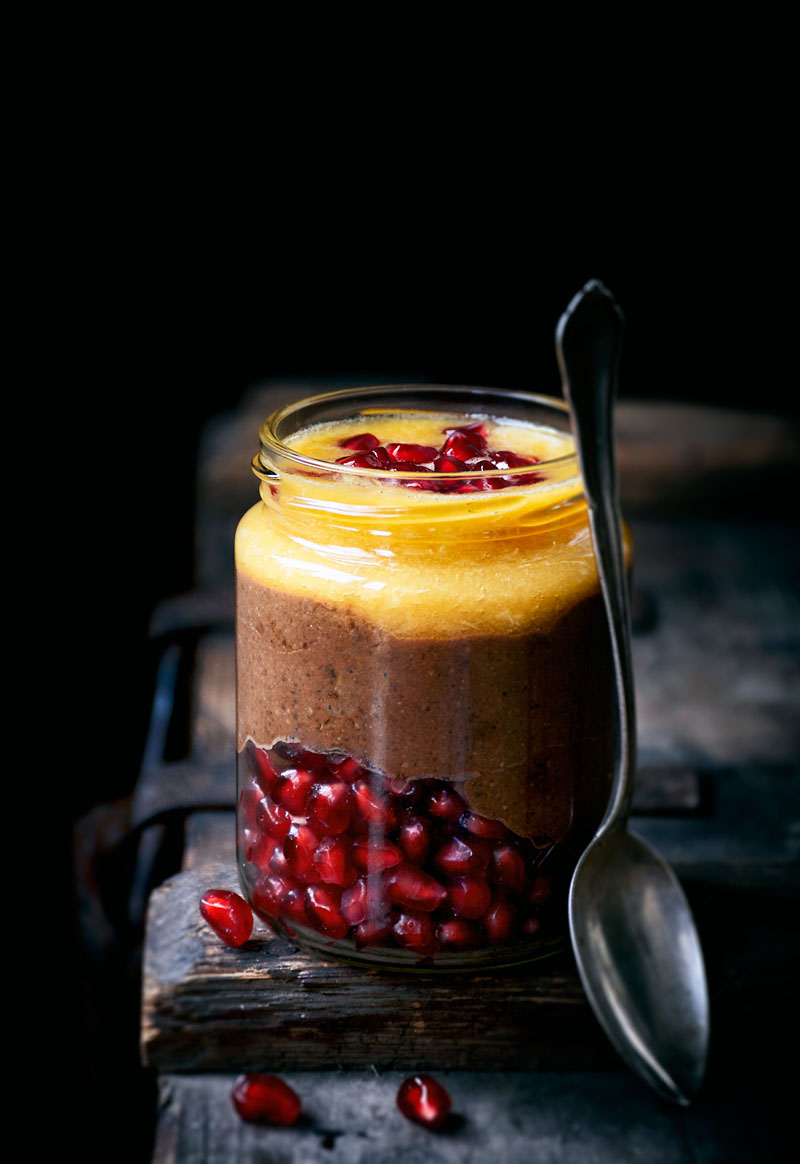 A few of the very best winter flavours come together in this blended chocolate chia pudding, layered with orange and pomegranate. This is a totally decadent-tasting breakfast that’s sweetened only with fruit.

If you love the health benefits of chia pudding but can’t stand the tapioca-like texture, blending it is a good solution. Mixing with cocoa is an even better solution, and adding orange and pomegranate make it even more delicious.

I don’t think I need to tell you about the benefits of eating chia or raw cacao, you already know both contain lots of nutrients. If you want to include more raw foods in your diet – especially good in winter, when so much of our food is cooked – this is a great option for both dessert and breakfast, and it’s less time consuming than many raw desserts.

If you have a high powered blender and can make the pudding really smooth, it’s even more fun to eat, but if not (I don’t have one) it tastes just as good, but with a little more texture. I usually use an immersion blender for this recipe.

Like any chia pudding, the seeds have to be soaked overnight or at least a few hours. After soaking, you blend with the cocoa, dates, and orange zest, and serve.

Freezing: chia pudding can be frozen, and it freezes well. Simple place in an airtight container and freeze for up to three months. Thaw in the refrigerator before serving.

If you make this Chocolate Chia Pudding or any other breakfast recipes on Occasionally Eggs, please take a moment to rate the recipe and leave a comment below. It’s such a help to others who want to try the recipe. For more OE, follow along on Instagram, Facebook, and Pinterest, purchase the Occasionally Eggs cookbook, or subscribe for new posts via email.

This post was originally published in January 2017. It has been updated with no changes to the recipe as of January 2023.