July 24, 2020 by Alexandra Daum
Vegan blueberry almond muffins made with whole wheat spelt flour, shredded coconut, and banana as a healthier version of the classic. These light little muffins are just sweet enough, with a nice texture from the almond and coconut.
Jump to Recipe 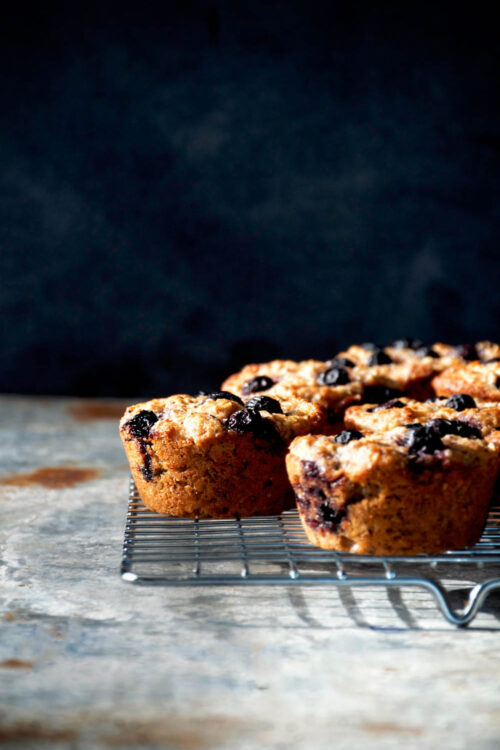 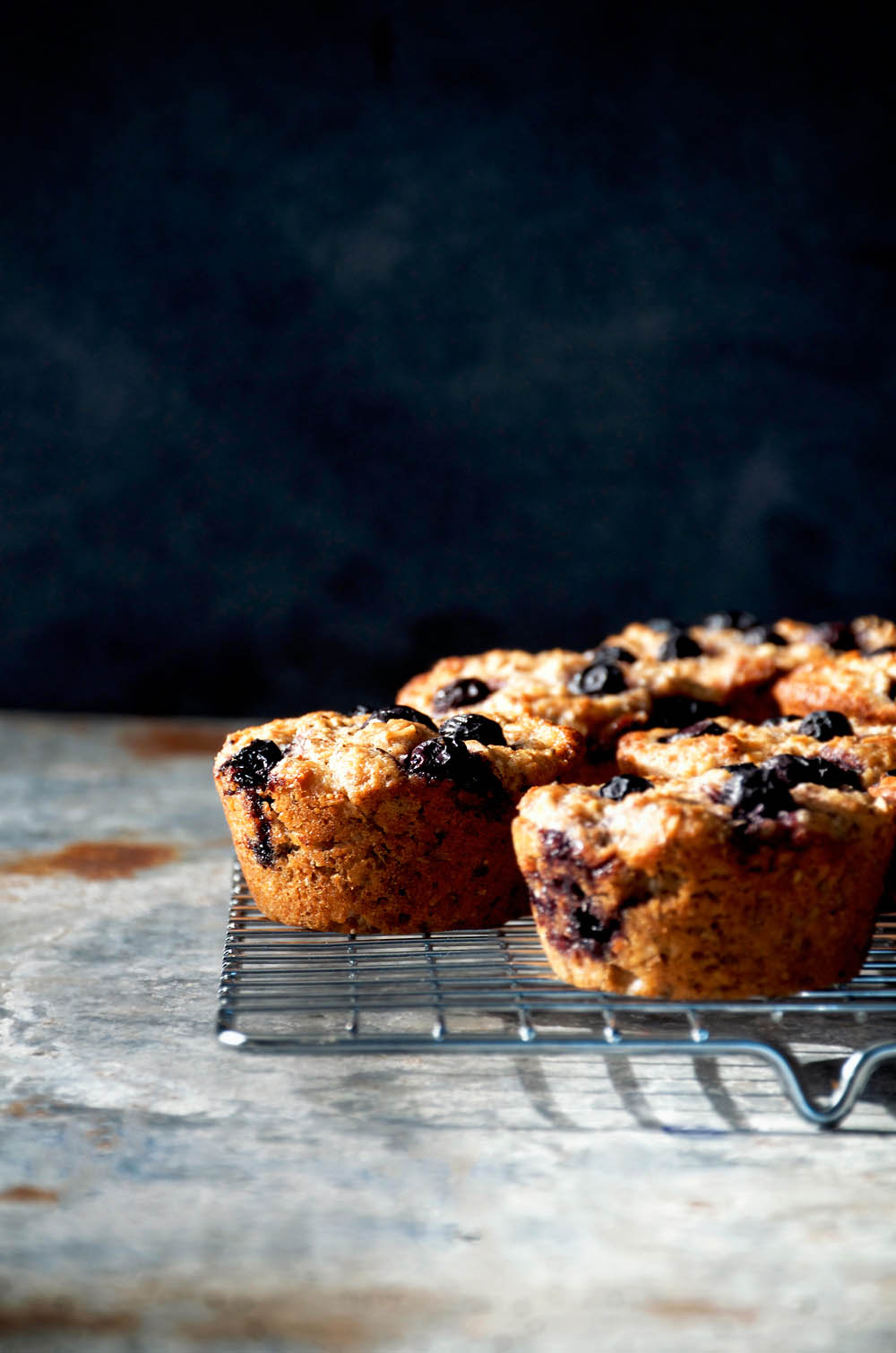 This post was originally published in August 2016. It has been updated with improvements to the text and recipe as of July 2020.

These simple vegan blueberry almond muffins are my new go-to recipe, with almond flour for richness, lots of in-season blueberries, and naturally sweetened with maple syrup. Especially good with fresh berries in late summer, they’re excellent with frozen fruit, too.

These muffins are light, soft, and full of juicy blueberries. Sweetened with a little bit of maple syrup, mostly with fruit, this recipe has become my base recipe for muffins. They’re that good.

Preheat your oven and prep a 12-cup muffin tin by lining with papers or greasing it with coconut oil. Melt the coconut oil.

Mix the flours, coconut, chia, baking powder, and cinnamon in a large bowl. Add the blueberries and stir to coat them in the flour. For this recipe, it helps to prevent the berries from sinking to the bottom of the muffins and makes it easier to mix.

In another bowl, mash the banana and whisk in the milk, coconut oil, and maple syrup. Pour this mixture into the larger bowl and stir with a wooden spoon until just combined. Don’t over-mix, unless you want chewy muffins.

Add equal amounts of batter to each muffin cup and bake for about 22 minutes, or until the tops are golden. Cool for a few minutes in the tin before cooling fully on a rack.

Whole wheat flour or whole wheat pastry flour can be substituted for the spelt flour, as can sifted (light) spelt or all-purpose if you prefer a lighter muffin. As always, honey can be subbed for maple syrup if the muffins don’t need to be fully vegan.

Hazelnut flour can be used in place of almond, and ground flax for the chia seeds if you prefer. The coconut oil is important because it helps to prevent the muffins from crumbling when they cool, so don’t switch it for an oil that’s liquid at room temperature.

Here’s an excellent recipe for gluten-free blueberry muffins, also using almond flour, if you need a GF version. I haven’t tested these with gluten free alternatives but I highly recommend any of the recipes from the site linked above. Not a fan of coconut? Either replace it by doubling the almond flour, or use blueberries in place of rhubarb in these rhubarb ginger muffins.

The recipe originally called for vanilla extract, but since vanilla is so pricey now, I use cinnamon instead. If you prefer, add a teaspoon into the milk mixture. Alternatively, use other spices as you prefer – nutmeg, cardamom, whatever.

These are best kept in the refrigerator if you don’t plan on eating them within a couple of days as the high fruit content will cause rapid spoiling in warm weather. They freeze very well in an airtight container, too.

The texture of almond muffins, especially vegan ones, is a touch more delicate than a regular banana muffin, for example. Although the chia, banana, and coconut oil help with binding, the almond flour and coconut do make them slightly crumbly.