August 5, 2021 by Alexandra DaumTime: 10 minutes   Servings: 2-4
This vegan cucumber salad is simply dressed with dill, chives, and a mustard vinaigrette for an easy, light summer side dish.
Jump to Recipe 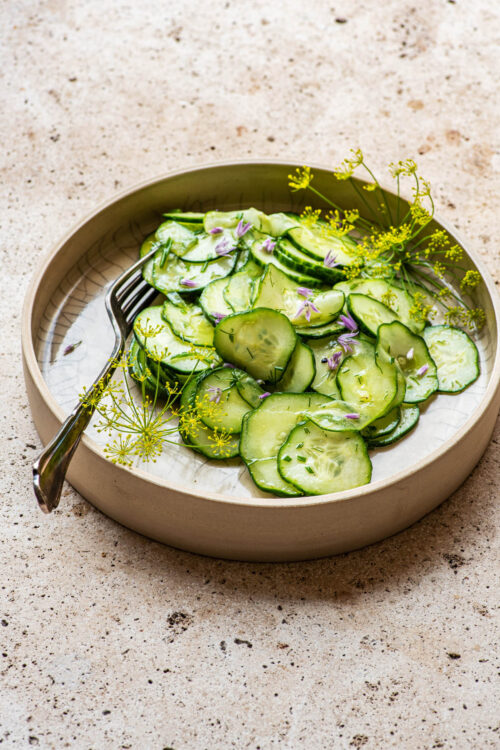 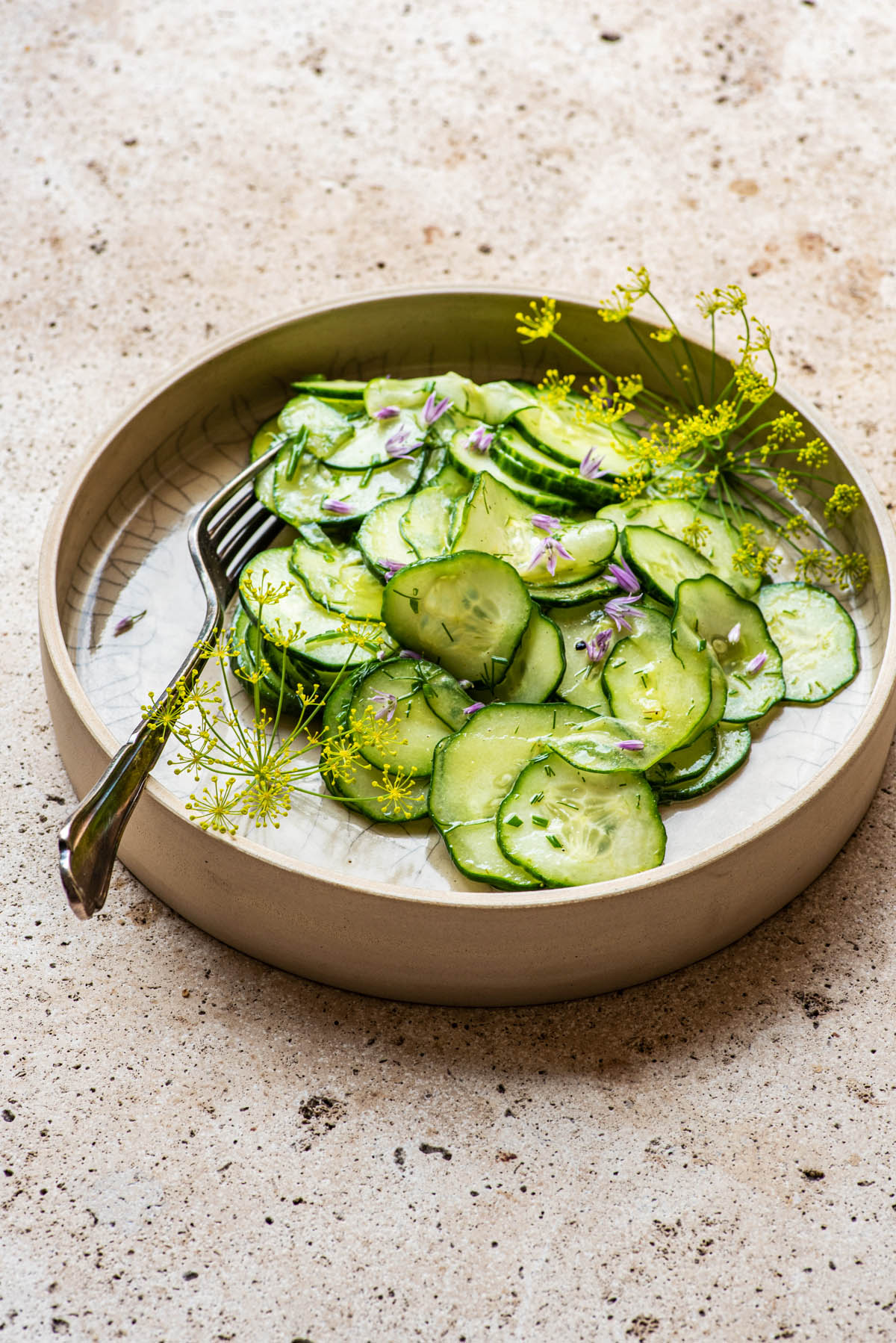 This vegan cucumber salad is a staple for me during the summer, and I really think it’s something that everyone could make and love. It’s a flavour packed light side with dill and chives and a simple mustard vinaigrette. If you want to up the protein and make it into more of a meal, try adding lentils or go nuts and do that plus serve it on socca – one of my warm weather favourites.

It might seem unnecessary to specify that this recipe is vegan, but I grew up eating and making German cucumber salad, which is usually made with sour cream and dill. I’ve had to move away from the cream aspect, of course, but I’m keeping the dill!

Although this isn’t traditional, it’s a modern recipe using olive oil and really, it’s better. You don’t need to worry about spoiled milk bringing this to a picnic!

As with any vinaigrette, it’s key that it’s mixed very well to emulsify the oil and vinegar. I like to use a small jar and shake it like mad – it’s faster and easier than whisking. You should end up with a slightly thickened, golden coloured dressing.

If you’re eating the salad within a few hours of making it, ultra-thin slices as pictured are great. If you want to keep it in the fridge for a day or two, bigger chunks are better.

Use herbs you like – parsley, thyme, mint, borage, whatever you prefer. Dill and chives are classic for a reason, but other herbs are great too.

You can also sub different types of vinegar, but stick to lighter ones if possible. This isn’t the time for balsamic. Want to add more? Tomatoes are a nice addition, and so is a little very finely sliced red onion.

Dill and chives are a great beginner herb if you have a bit of space to grow something. They’re just about impossible to kill and they’ll probably come back the following year no matter what you do to them. Dill self seeds and chives are a perennial, and are best a couple of years after first planting.

They are the dandelions of the herb world (dill is called dill weed, after all), can grow in fairly poor soil, and you can use them in this excellent roasted potato salad too. Need more ideas for your garden herbs? Take a look at this collection of healthy herb recipes.

• If you want to make the salad ahead of time, cut the cucumbers into larger pieces and store in the refrigerator for up to one day.

This recipe was originally published in August 2018. It has been updated with improvements to the text and recipe most recently as of August 2021.